REAL MADRID are pushing to have their match with Osasuna rearranged after a snowstorm left them stuck at Barajas Airport for more than three hours.

Manager Zinedine Zidane broke with tradition by arranging a flight a day ahead of the match because of the extreme weather forecast. 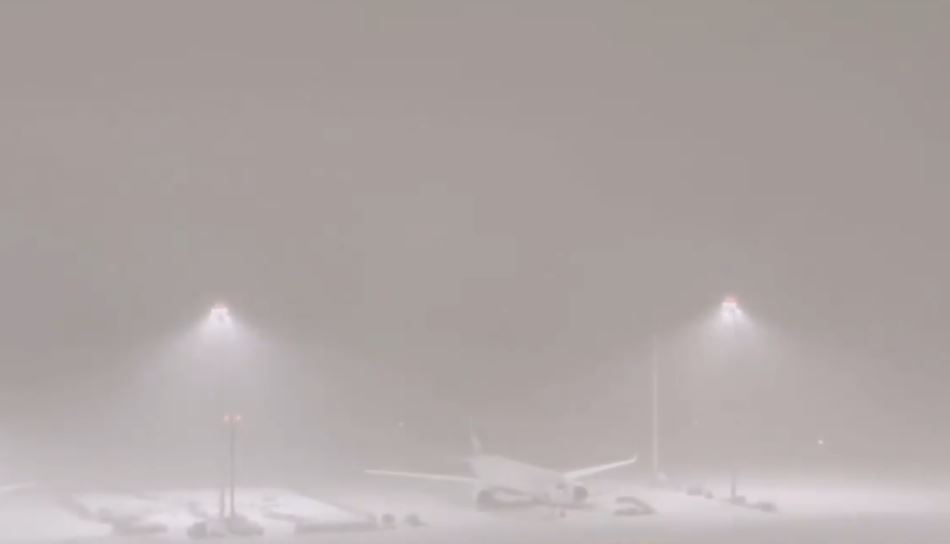 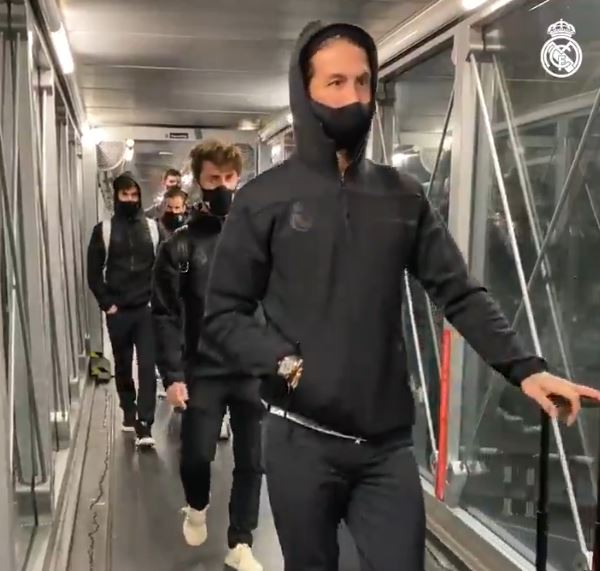 But the decision appeared to have backfired on Friday night as the team were unable to take off as scheduled for the northern city of Pamplona at 7pm local time.

Instead they were stuck in the plane for three and a half hours before finally taking off at 10.30pm and landing at around 11.15pm.

Now, with more bad weather from Storm Filomena expected, Los Blancos want the fixture to be brought forward from 9pm local time to midday on Saturday – when the snow is forecast to be light.

They argue that bringing the game forward makes it less likely the game will be postponed completely.

A Real Madrid source on board the plane is reported to have told Spanish newspaper AS: “We’re stuck in here like hamsters.

Throughout the day, heavy snow continued to fall over Madrid and roads into and out of Barajas were left impassable.

Air controllers said snow was covering runways as quickly as they were being cleaned.

Footage of the airport posted online showed a heavy blanket of snow covering the area.

An air traffic control spokesman said: “At this moment flights are not landing or taking off.

“Work is being undertaken to clean runways and access lanes but the snow is covering everything almost immediately.

“There is a high probability of rerouting to other airports.

“Several flights bound for Madrid have returned to the airports they took off from.”

Earlier in the evening Real Madrid posted footage of the players boarding the plane to Pamplona where Osasuna play.

Defender Sergio Ramos, who on Thursday posted a video of him flexing his muscles bare chested as snow fell on him, winked at the camera as he reached the plane.

The forecast for Saturday night in Pamplona is that it will be snowing and several inches of snow will be covering the city.

The snowstorm in Madrid has been described as historic.

The city mayor Jose Luis Martinez-Almeida has urged motorists not to leave home unless it is strictly necessary.

However, many remain trapped on main roads and motorways or have had to abandon their cars after being unable to continue their journeys.