FUMING Antonio Conte launched a scathing attack on VAR for “damaging football” – and being biased against Spurs.

Harry Kane sparked wild celebrations with a 95th-minute “winner” which would have sealed the club’s last-16 Champions League spot.

But after a FOUR-MINUTE review, Dutch VAR Pol van Boekel told his compatriot ref Danny Makkelie to disallow it for offside.

Tottenham boss Conte was sent off as he furiously protested, while raging fans booed the officials.

The Italian stormed: “VAR is doing a lot of damage.

“I want to see if, in another stadium of a big team, they are ready to disallow this type of goal. I’d like to know this. 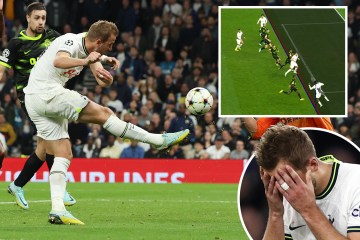 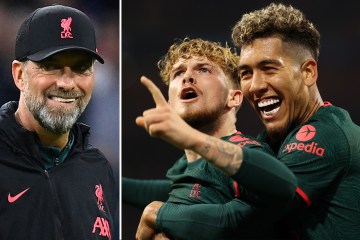 “I feel a lot of injustice. I don’t like this type of situation. I see no positive things.

“I would like to see if VAR is so brave enough to make an unfair decision.

“This decision creates a big damage to the club.

“I hope the club understands this and they speak with the people they have to speak with.

“The club has to be strong, otherwise it is only the manager speaking. It creates big, big damage.”

Emerson Royal headed the ball against a Sporting defender in the build-up but VAR Van Boekel deemed Kane to be ahead of the ball.

Now, Tottenham still need a point at Marseille’s Stade Velodrome next Thursday to progress into the knockout stage.

Conte added: “The ball was in front of Kane and the goal is a goal.

“I don’t understand the line they put. It is very difficult to comment on this decision.

“I don’t comment on the referee’s decision but the VAR this season in between Prem and Champions League, we are unlucky.

The fact the ball deflected off Sporting defender Flavio Nazinho before it reached Kane is irrelevant because it was not a deliberate play.

Secondly, the fact the ball went backwards off Emerson Royal’s head before it reached Kane does not matter either, the direction of the ball never does.

It is whether Kane was closer to the goal line than the ball and the second-most rear defender when it was played.

If Kane was judged to have been behind the ball, he would have been onside.

Technology isn’t foolproof and can we say Kane was definitely in front of the ball when Royal headed it? I’m not sure.

It took around four minutes to check and if it is taking that long we shouldn’t be disallowing goals like that.

It was very difficult to tell if Kane was a toenail in front or behind the ball.

If that’s what the VAR is looking for and it takes four minutes, you can find whatever you want to find.

“We are only the team that has repeated a penalty.

“And every penalty I go to see if the keeper moves on the line and then I see it a lot of time.

“I want to see a repeat of penalties in the Prem. We are not so lucky with VAR. I think they create a big damage.”

Heartbroken Kane added: “I don’t really know what to say to be honest I’m just absolutely gutted it ended like that and not with a win.

“To take the positives we showed great fighting spirit and it’s all in our hands for the final group game.”

While team-mate Matt Doherty added: “You can see from the celebrations we thought we won it. 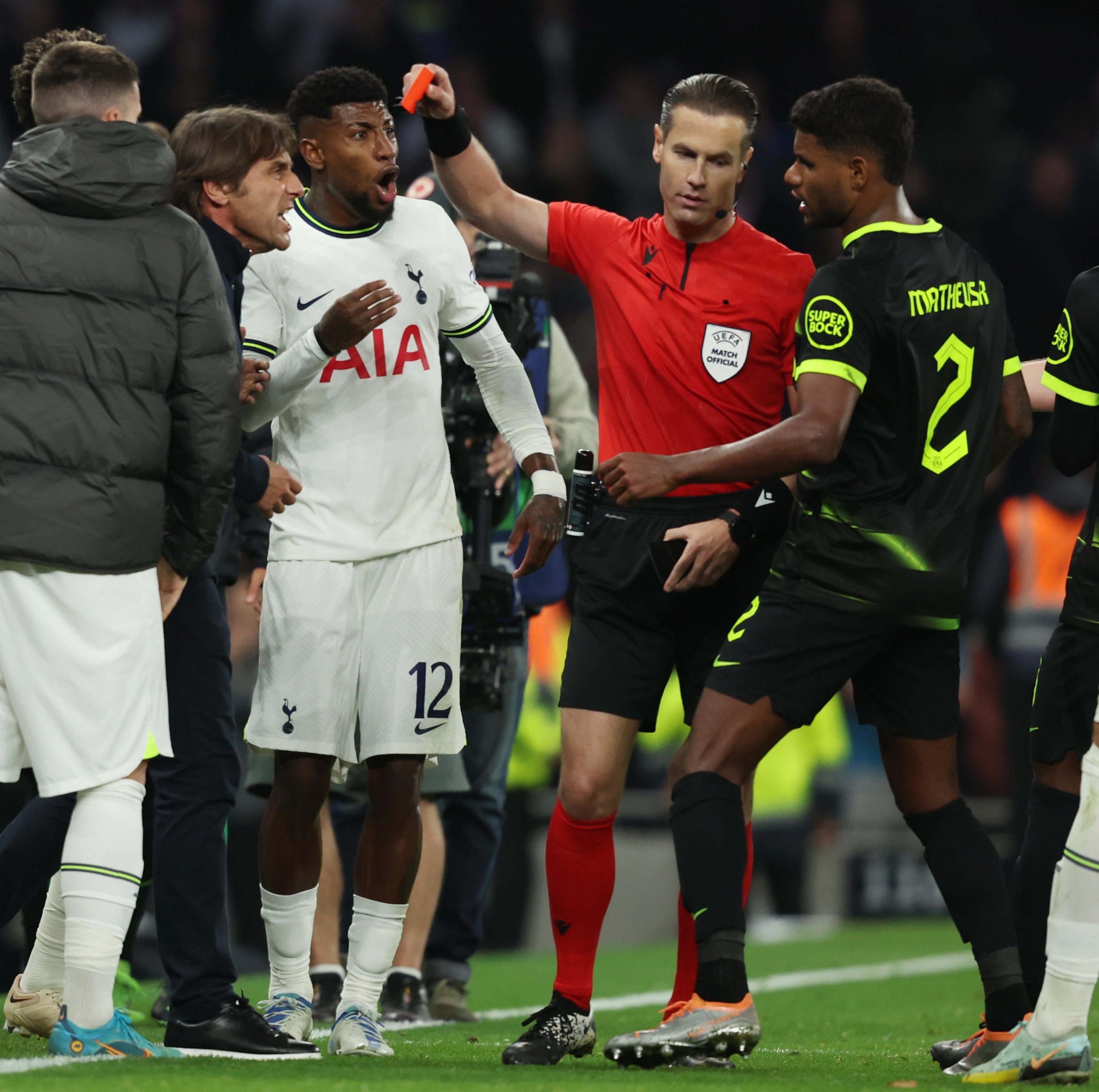 “I don’t know what happened at the end.

“I thought because the ball went backwards and hit a defender it was a different phase of play. I’ll have to look at the rule book.

“A few of us don’t have a clue what happened.”

The late mayhem  came after Rodrigo Bentancur cancelled out Marcus Edwards’ opener against his old side.

Conte is the only man sent off in both the Prem and the Champions League this season.

But he claimed he was given the red card only because he was the most famous person on the pitch!

He added: “All the people come inside (the pitch) after the decision to disallow the goal and then they came to give me the red card, maybe because I was the more popular person on the pitch.”

Mark Halsey: Harry Kane’s goal should NOT have been disallowed… if it takes four minutes to decide it cannot be clear