LIKE many of you, I stared at my TV open-mouthed during Harry and Meghan’s interview.

Dropping one bombshell revelation after another in their explosive chat with Oprah Winfrey, it reminded me of the sort of drama on one of my shows. There’s no drama like a family drama! 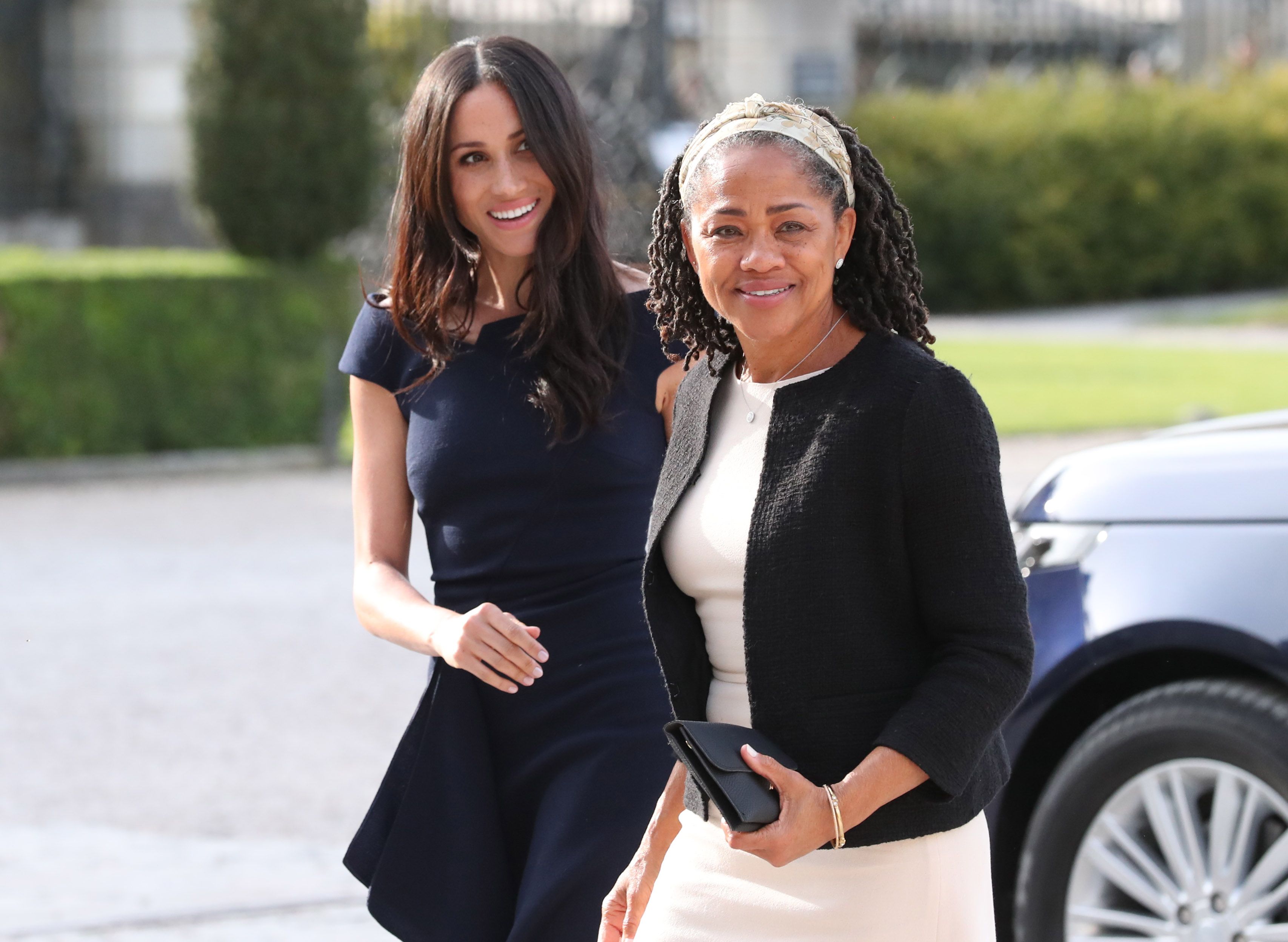 Meghan Markle, pictured with mum Doria Ragland, hasn’t had it easy in the Royal FamilyCredit: AFP 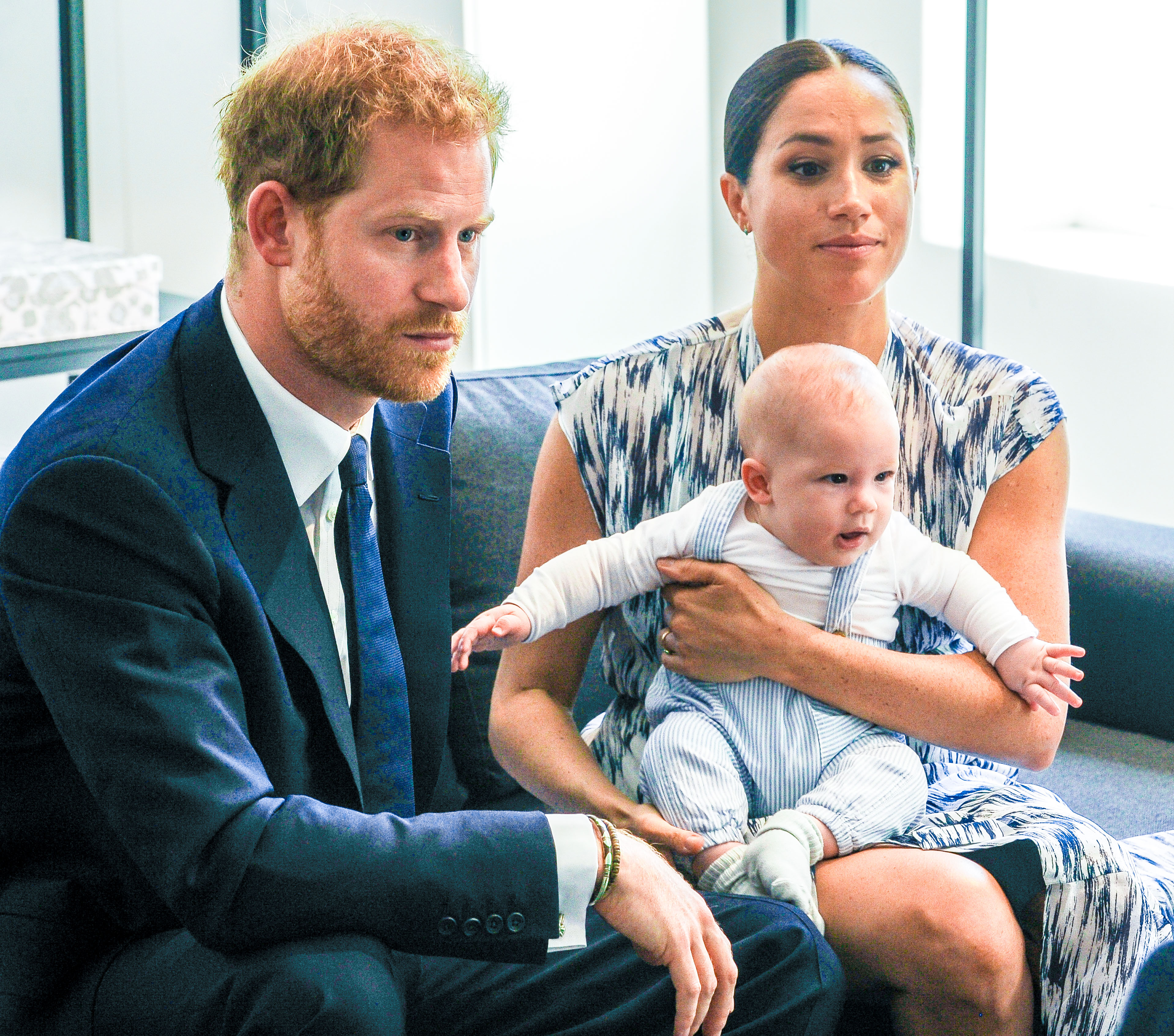 She and Harry said the royals discussed how ‘dark’ their son Archie would be when he was bornCredit: The Mega Agency

And whatever you thought of the pair of them, it was certainly two hours of riveting television.

Oprah was Oprah and did a blinding job — subtly, succinctly and powerfully coaxing the Sussexes to let rip.

Their problems with the Royal Family came thick and fast.

This was Meghan as we’d never seen her before. How could this charming woman who captured our hearts just five years ago — a hard-working, independent, intelligent woman used to running her own show — have found life as a royal so upsetting and stifling?

By her own account, there was not much of it to celebrate.

Most significant was their suggestion the royals — or rather, one specific royal — had discussed how “dark” their son Archie would be when he was born.

“That was relayed to me from Harry, those were ­conversations the family had with him . . . it was really hard to see those as compartmentalised conversations,” Meghan said.

Why had this mystery royal said this? Was being dark a bad thing to them, something unworthy of royalty? That was certainly the implication.

This comment brought back some difficult memories for me. I can speak from experience about this.

Once upon a time I had a white boyfriend whose family welcomed me with open arms. This was back in the Eighties and I went to visit his family up north for New Year’s Eve.

There’s a tradition called “first-footing” when they usually choose someone with dark hair — or, they said, dark skin — that should be the first person to enter the house on New Year’s Day to bring good luck. 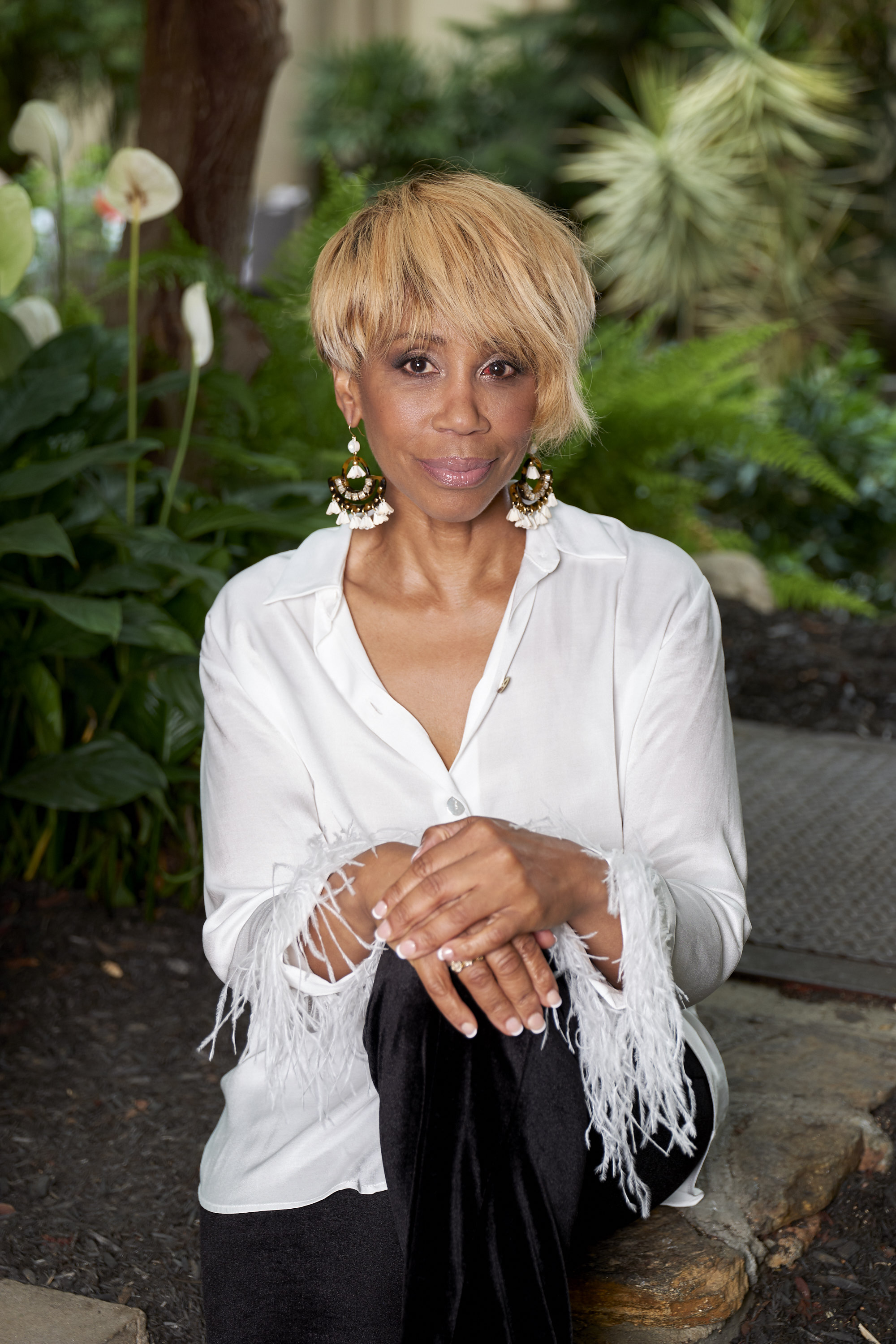 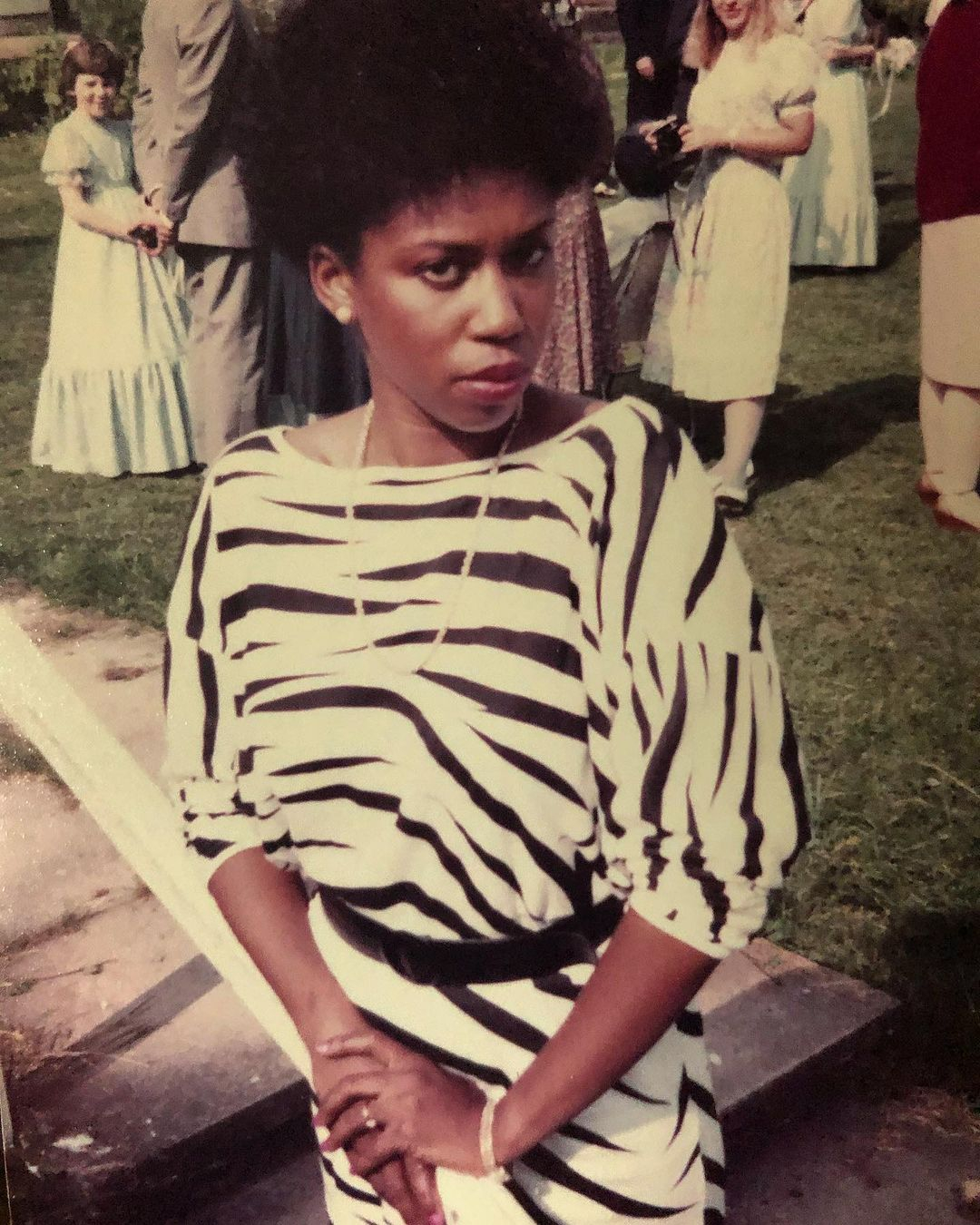 As a youngster she encountered ‘welcoming’ families who were uneducated on matters of raceCredit: Therealtrishagoddard/Instagram

There’s me in my special frock, stumbling around this house in the darkness, laddering my tights, with a lump of coal in my hand.

Everyone had had a drink. I felt obliged to do it. I was used to being the only black woman in most situations and went along with it.

It wasn’t meant in a nasty way. But they were uneducated on matters of race.

Just because a family is welcoming doesn’t mean they can’t sometimes get it wrong on race. And if the Royal Family have got it wrong, they need to put it right.

Racism is not just when someone gets up in your face and screams something.

In the case of black people, it can be saying things that hark back to the cruel days of slavery and domination over another race.

Like when Meghan arrived in this country, we saw people use the term “exotic”, for example. Some defend the term as a compliment.

Of course, the problems she and Harry faced stemmed not only from race but also cultural differences between Britain and the US, which I myself now call home. 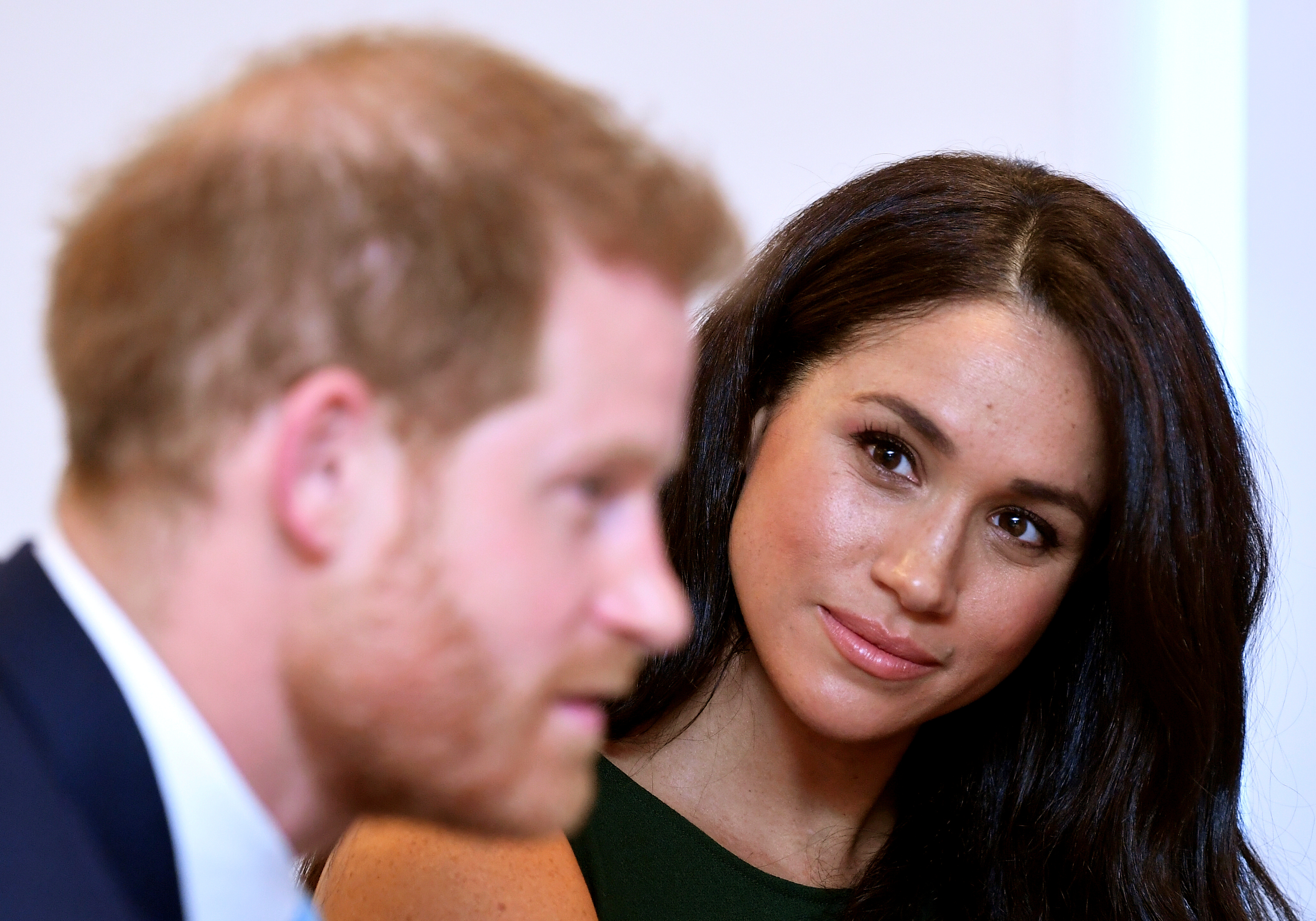 Harry and Meghan’s problems also stemmed from cultural differences between Britain and the USCredit: Reuters

I saw a bit of that British snobbery about it: “Oh well, she was only a showgirl.”

And then she was older, divorced and it was: “Oh, here we go again: Wallis Simpson” — referring, of course, to the American divorcee for whom Edward VIII abdicated the throne.

There was a culture clash right from the start.

Britain has a very definite class-based pecking order and no one does it better than the Royal Family. To be “royal” in America means to be a big star, a Hollywood A-lister.

Racism is not just when someone gets up in your face and screams something.

This is a country where actors (Ronald Reagan) and TV personalities (Donald Trump) can become President.

In Hollywood, where Suits star Meghan plied her trade before catching Harry’s eye, fame and power are currency.

Perhaps there was a naive belief among the royals that because she’d been exposed to adulation and all the stuff that comes with celebrity, she would be able to handle things.

But experiencing that sort of fame does not prepare you for entering royal life with its bonkers customs and formalities.

Indeed, Meghan admitted she was ill-prepared for becoming a royal.

Ultimately, this extraordinary affair has shown us that all families have their issues. None are immune from rows and bad blood.

I get the sense Meghan and Prince Harry spoke out because they felt like they were banging their heads against a brick wall — and without taking such a public platform, they feared nothing would change. 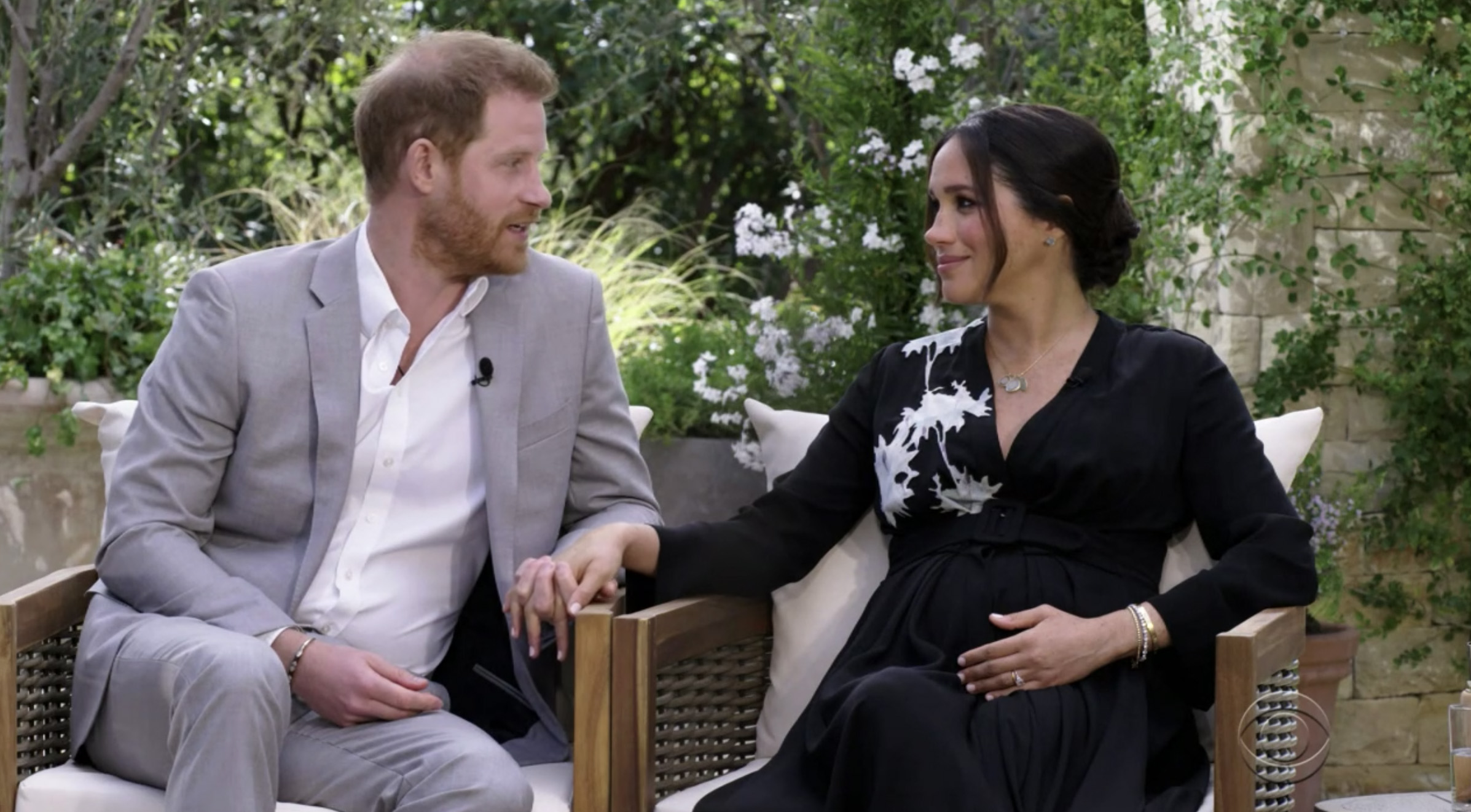 Harry said it would mean the world to him if his family reached out and apologisedCredit: CBS

In an excerpt from the chat that has not yet been broadcast in the UK, Harry said it would mean the world to him if his family apologised or reached out.

Times are indeed a-changing. We live in the era of Black Lives Matter and climate change.

And the Royal Family — like all our old institutions — must take note.