The Georgia congresswoman took to Twitter to share a picture of herself wielding a large gun hours before Biden gave an address on gun reform laws. 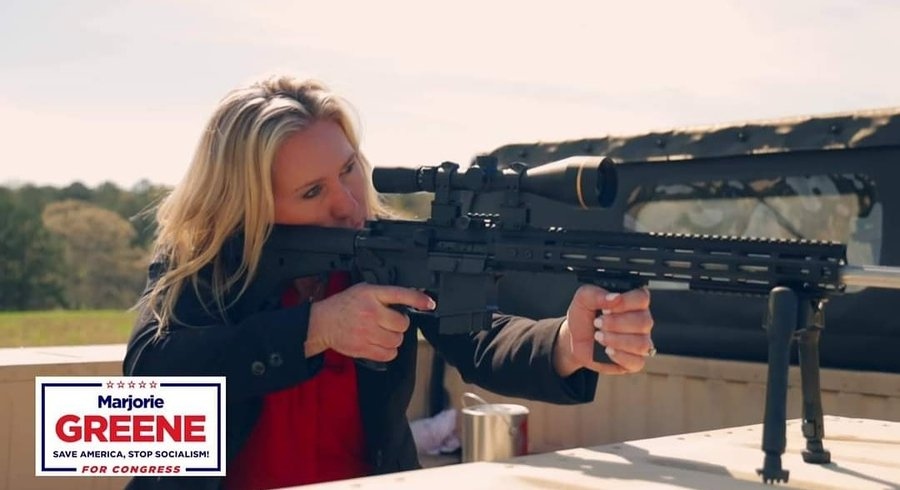 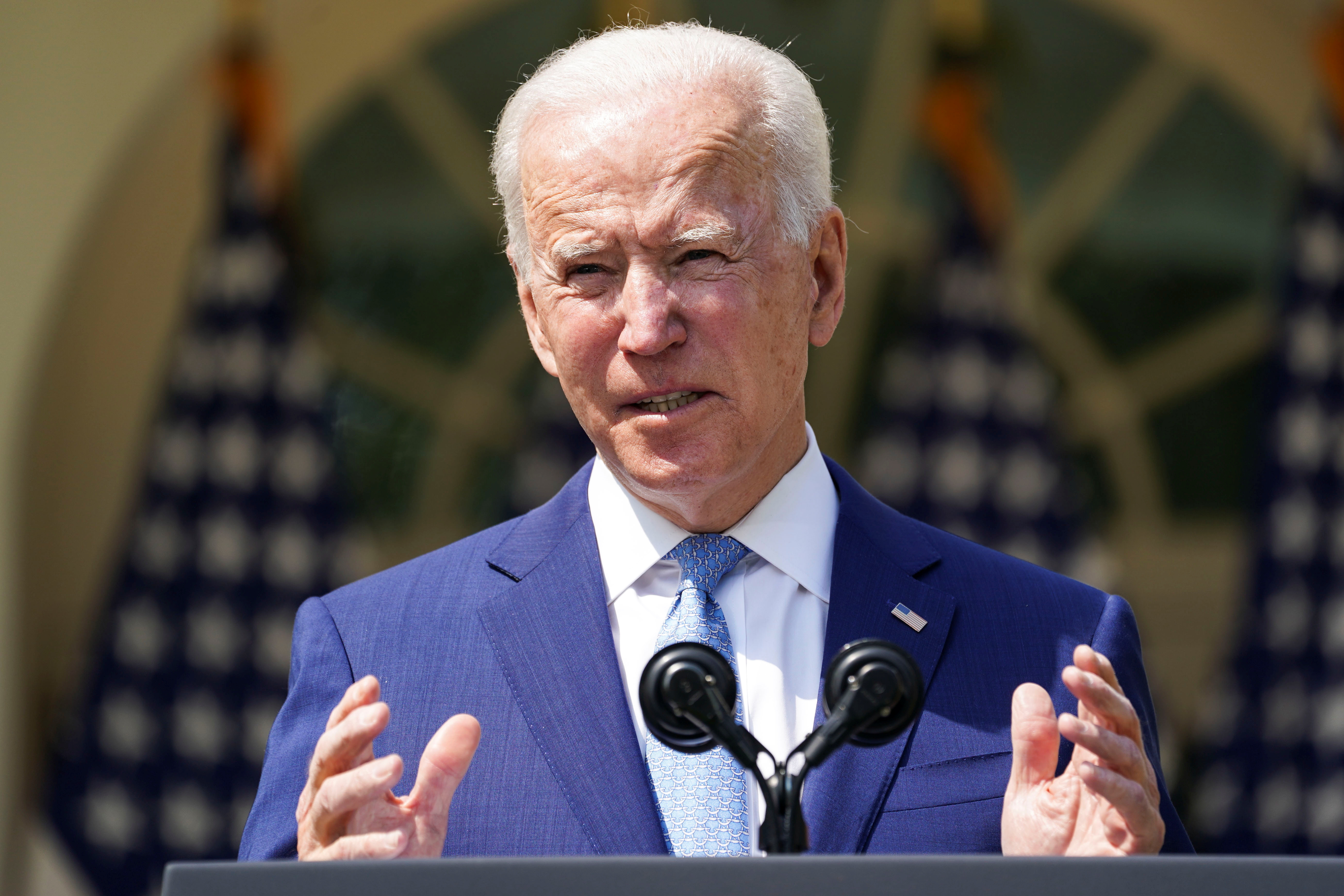 Joe Biden ordered a crackdown on firearms after a wave of shootingsCredit: Reuters 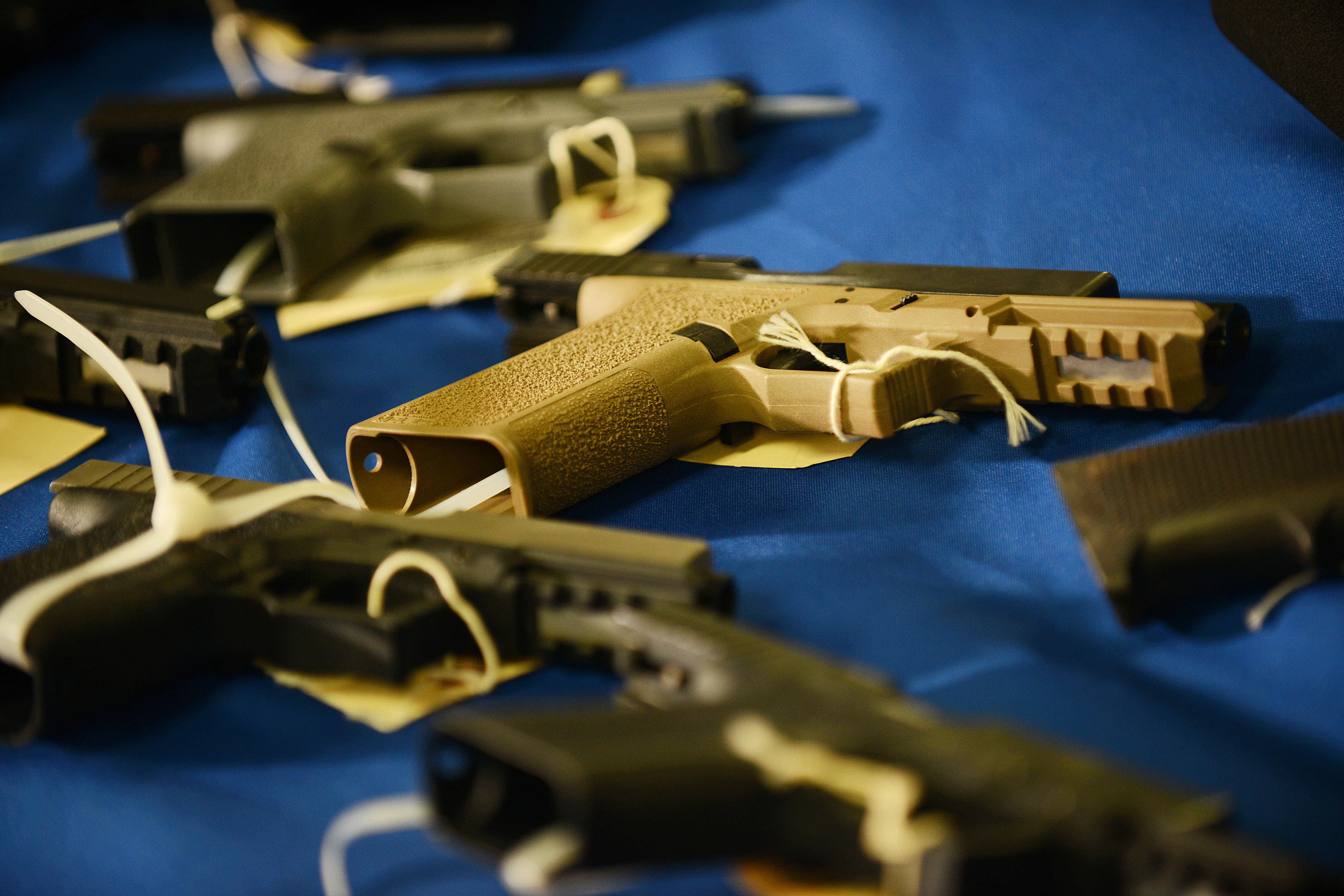 The administration will crack down on ‘ghost guns’Credit: Getty 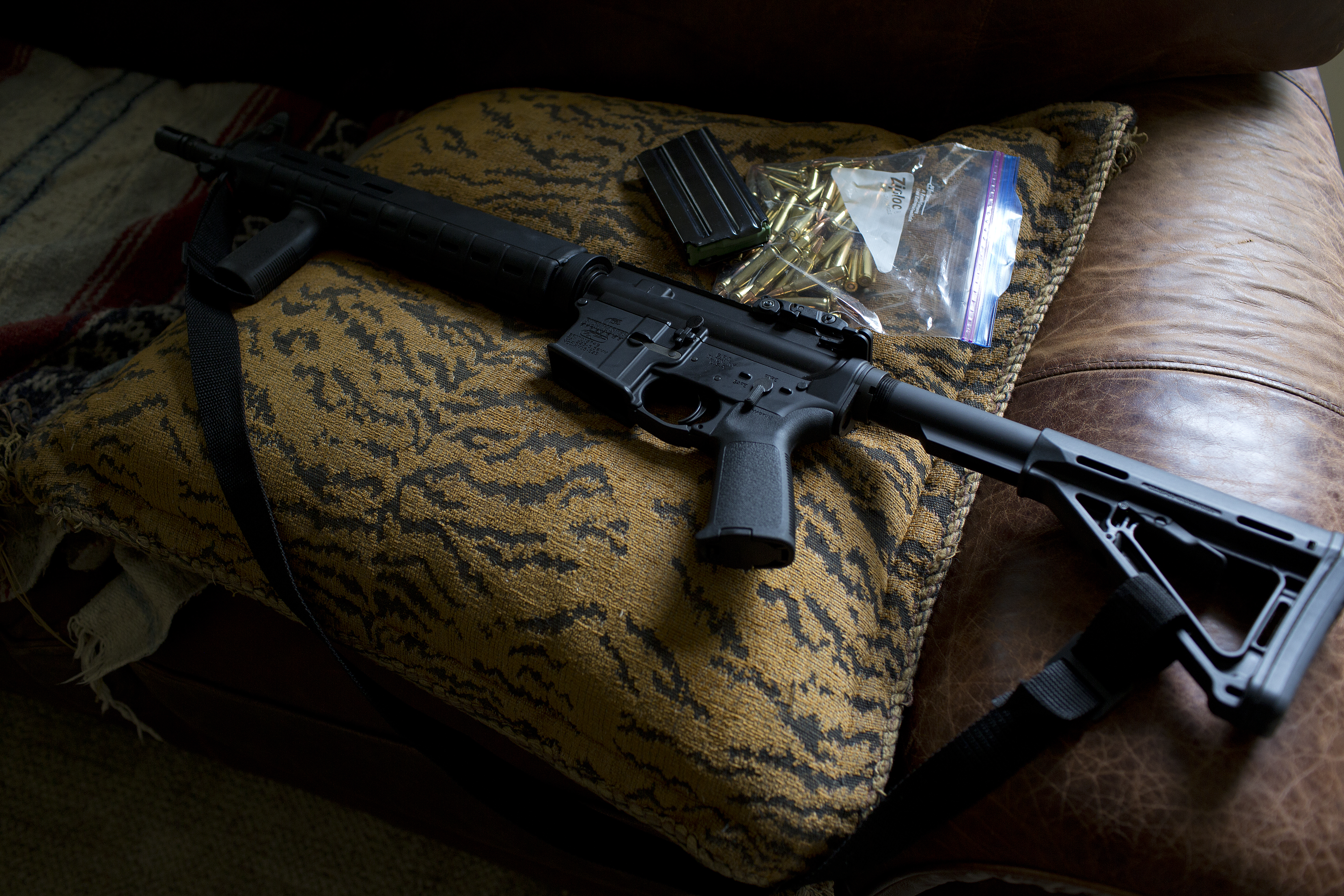 Stabilizing braces will also be regulated under the new measuresCredit: Getty

“The right of the people to keep and bear arms SHALL NOT be infringed!” she raged – but Greene’s rant didn’t end there as she blasted the Democratic president’s “misdirected” and “rabid power grab.”

“If Biden & Dems cared about ending “gun violence” & helping save lives in black/brown communities as they say, then they would heavily fund and support police instead of continuing down the hateful defund the police road that has led to drastic spikes in murder rates,” she wrote.

“The recent tragic Georgia shootings by self admitted sex addict, Robert Aaron Long, are not Asian hate crimes like the media and Dems have repeatedly claimed, these murders are the result of mental illness. Long had been treated for sex addiction before he killed

Greene blamed “mental illness” for the killings and said “Ahmad Al Aliwi Alissa, a Muslim man who emigrated to the US from Syria, is the one responsible for killing 10 white people in a Colorado grocery store.”

“Colorado already had strict gun control laws such as red flag laws, and those overbearing laws did nothing to stop this terrorist attack,” she continued. 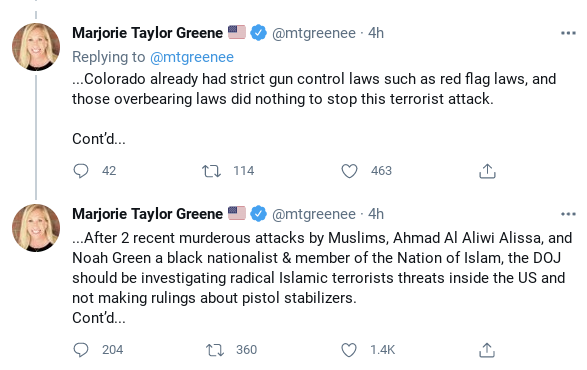 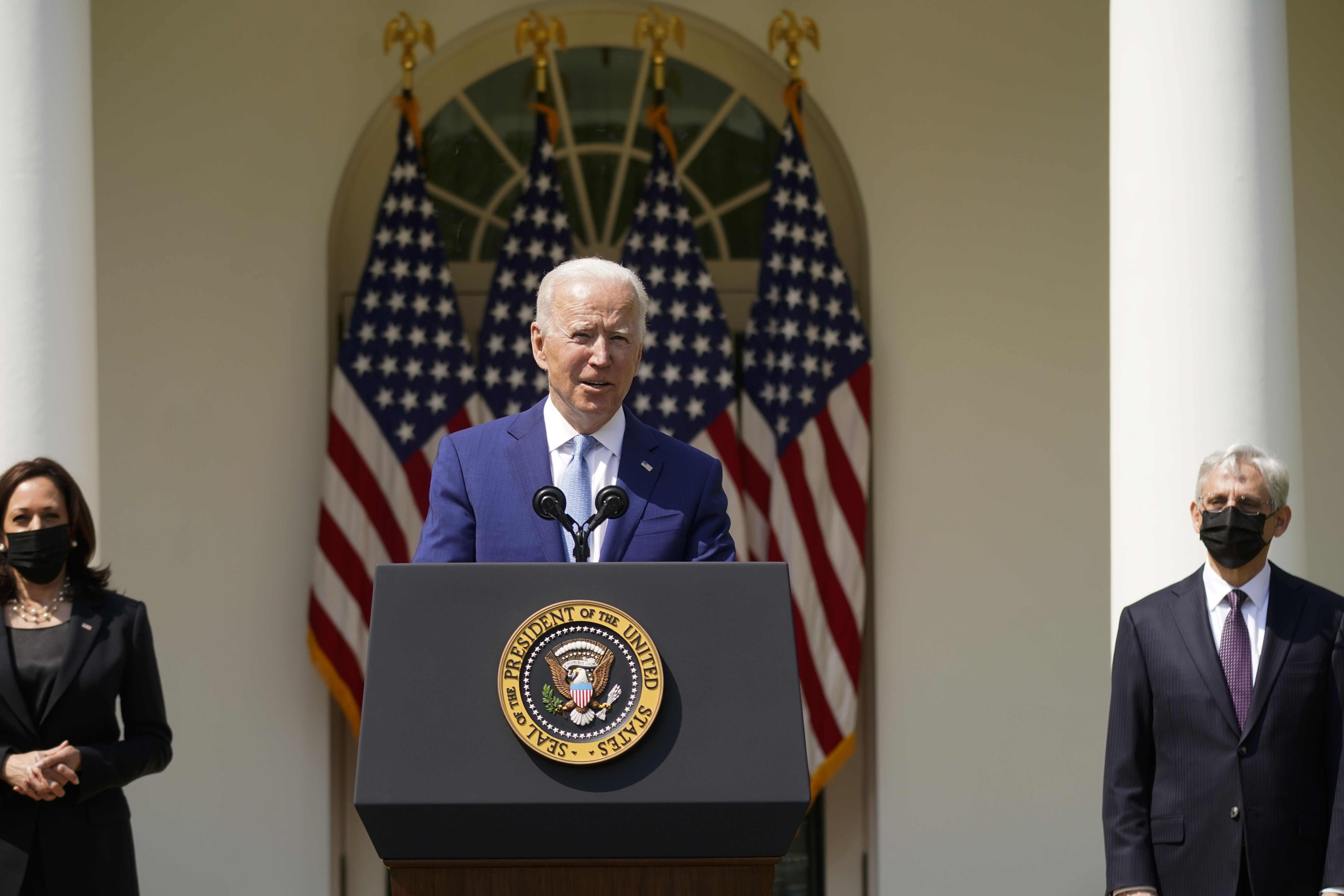 Biden said he would be taking action on stabilizing modifiersCredit: AP 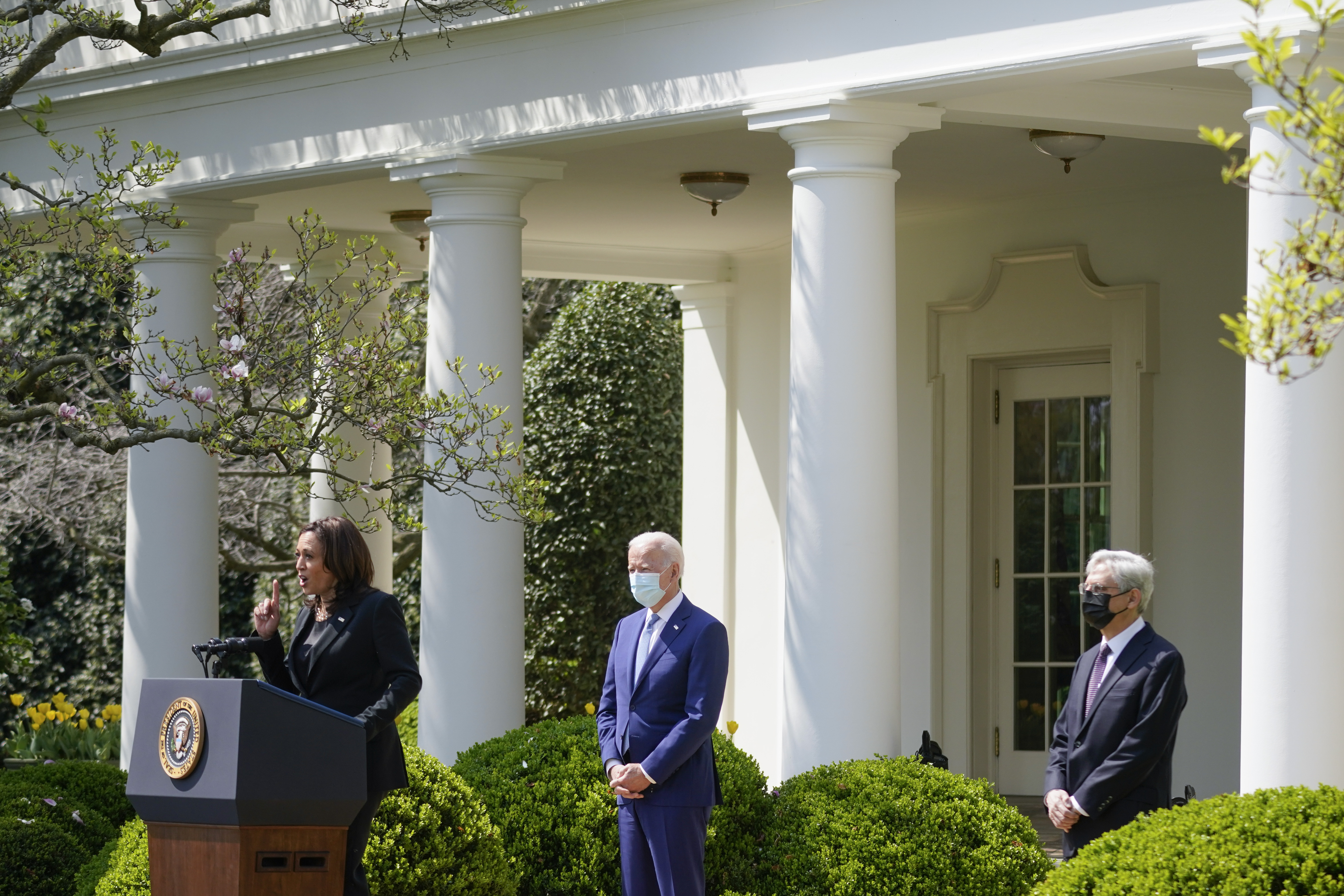 “After 2 recent murderous attacks by Muslims, Ahmad Al Aliwi Alissa, and Noah Green a black nationalist & member of the Nation of Islam, the DOJ should be investigating radical Islamic terrorists threats inside the US and not making rulings about pistol stabilizers.”

This afternoon, Biden was joined by Vice President Kamala Harris and Attorney General Merrick Garland when he announced that he wanted a national red flag law.

He also confirmed his decision to up background checks for gun owners and to dangerous loopholes but emphasized that this would not impact Americans’ Second Amendment rights.

“Nothing I’m about to reccomend impinges on the Second Amendment and delcared that it was “bizarre” and a “phony argument” to suggest otherwise.

“You can’t yell fire in a crowded movie theater and call it free speech,” Biden said. “Gun violence in this country is an epidemic and it is an international embarassment.”

Biden said he will work to help prevent community violence, have the DOJ issue write up the annual report of firearms trafficking, and also nomiated David Chipman to direct the Bureau of Alcohol, Tobacco and Firearms (ATF). 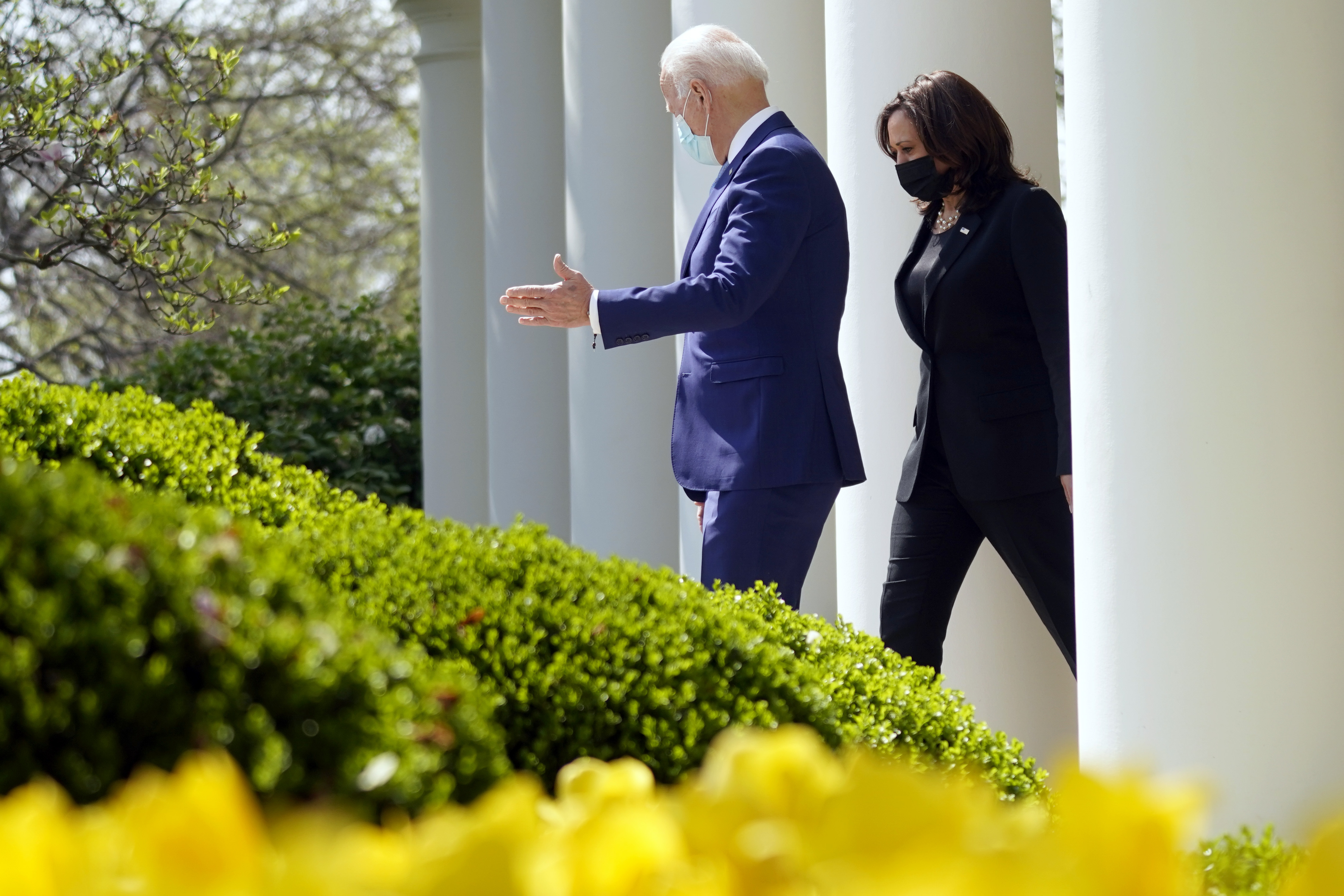 Biden leads Harris to the podium, where he proclaimed: ‘enough, enough, enough’ in relation to gun violenceCredit: AP 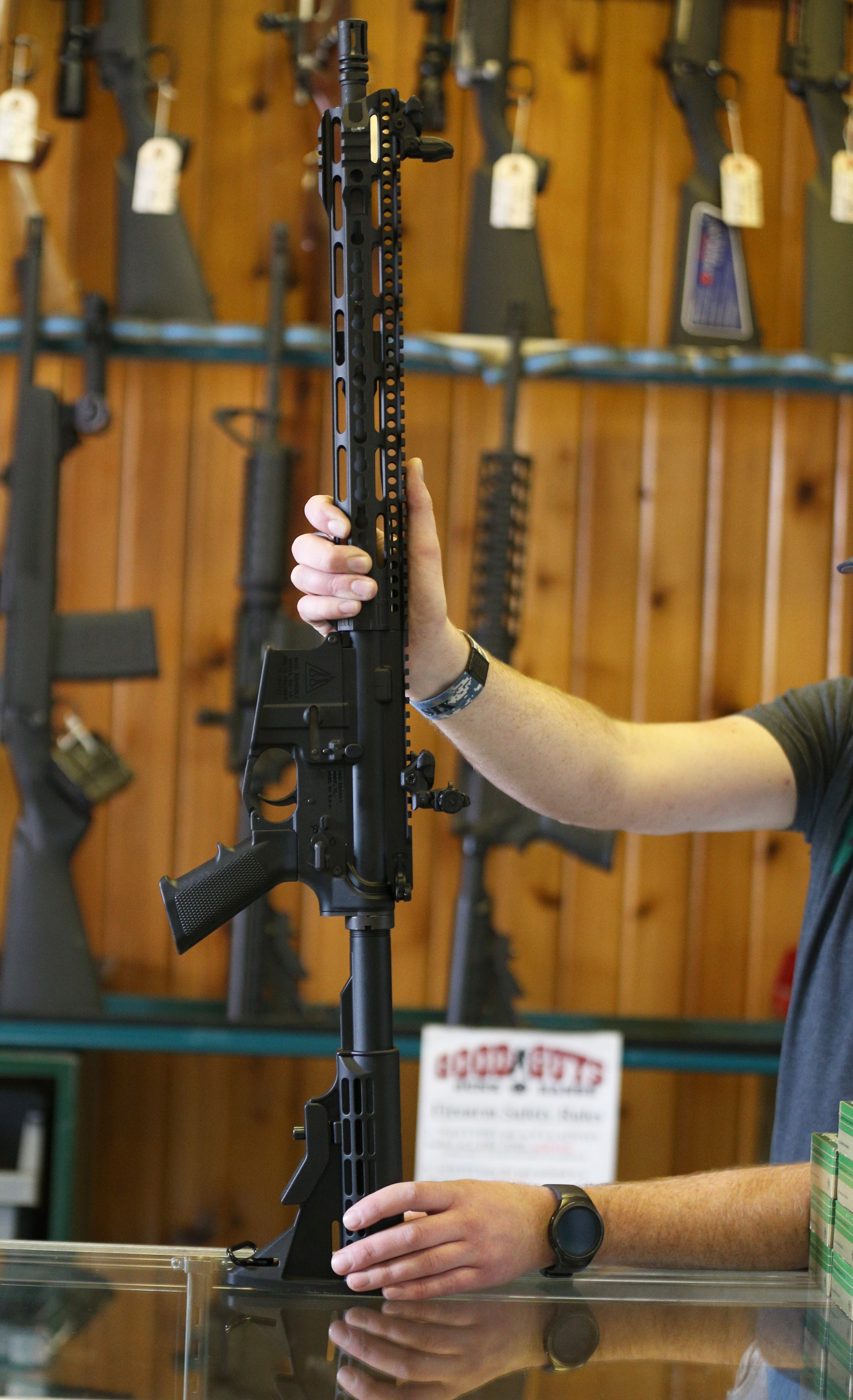 “Enough, enough, enough,” Biden said as he pointed out that in this country, 106 people lose their lives every day as a result of gun violence.

He pointed out gun violence costs the US $280billion every year from hospital fees, prison costs and other consequences – not to mention the “profound impact” it had on American children.

Biden then confirmed he had nominated Chipman to lead the ATF and said “for a fraction of the cost, we can save lives” and “American dollars” by taking action on the gun issues.

“Enough prayers: time for some action,” he said, urging the Senate to pass House-backed bills, which would prevent gun owners from bypassing the background checks and ensuring the Charleston Loophole is closed.

This is when the National Instant Criminal Background Checks System (NICS) doesn’t immediately determine whether someone is eligible to buy a gun during a background check.

If the FBI doesn’t conclude the investigation into this prospective buyer within three days, the gun seller can proceed with the “default proceed” sale under federal law, bypassing the vetting process.

“We should also ban assault weapons and high capacity magazines in this country,” Biden said, claiming that law enforcement officials have said they “sometimes feel outgunned” and said the majority of people wanted change.

Biden then introduced Garland, who said the Justice Department would measure the rate of gun trafficking in a “data-driven way” to combat the criminal networks.

Before Biden and Garland took the stand, Harris revealed that she had seen gun violence “up close” and knew “what a bullet can do to the human body.”