Few foods seem to polarise people like prawns. To some, they’re a genuine delicacy. To others, they’re a step too close to the world of insect consumption. If you’re reading this, though, you’re clearly part of the former crew. Here are 10 prawn-heavy recipes for you to enjoy.

We’ll start with Felicity Cloake’s perfect gambas al ajillo. Once you have assembled the ingredients, this oily, garlicky tapas dish comes together in no time at all. Don’t forget to have some bread to hand to mop up all the delicious juices. Interesting side note: Cloake enjoys slurping the goo out of the prawns’ heads, too.

Gambas al ajillo isn’t really a main dish, so if you’re ravenous, perhaps you’d do better with Thomasina Miers’ recipe for pea, chilli and prawn casarecce with rocket. You start with cooked prawns, heat them in garlic and chilli, then toss them in pasta. You can be as heavy handed with the chilli as you like, too, depending on taste. If you have kids, then this recipe is a good place to start.

One good thing about prawns is that they are robust enough to take a lot of heat, which makes them ideal curry candidates. Earlier this year, Selina Periampillai shared her recipe for seychellois cari koko, a tamarind and coconut curry that suits prawns a lot better than generic brown curry sauce. What’s great about this is that the spice mix uses spices you probably already have, and in enough quantities for you to store for a later date. 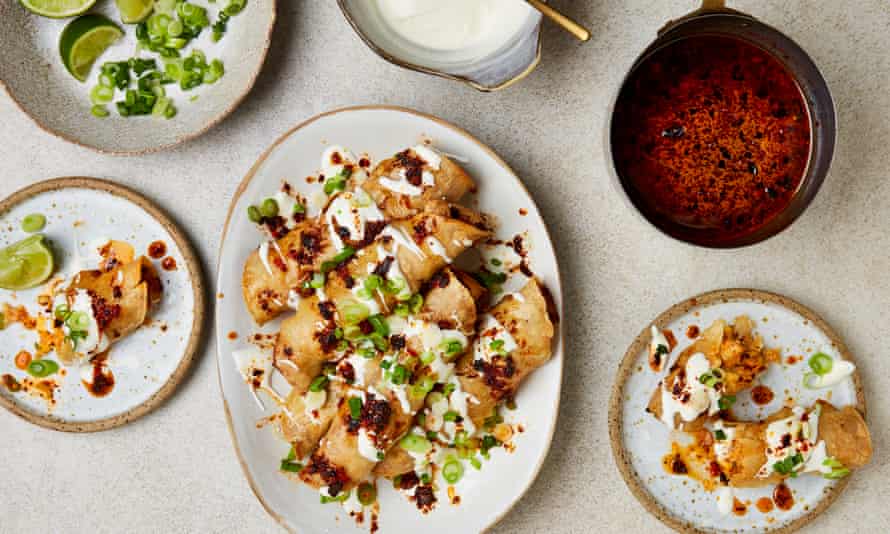 Taquitos are always exciting, and Yotam Ottolenghi’s version – filled with prawn and corn – are especially good and particularly unfussy. Get some tortillas. Fill them with a mix of prawn, corn, tomato and spices. Wrap them up, bake them and eat them. Slightly disappointing that Yottam didn’t go for the rhyming trifecta (tell me you wouldn’t eat a prawn, corn and lawn taquito), but let’s not be too picky.

If a country has a coastline, there’s a good chance it has its own prawn dishes. Lara Lee has a prawn recipe inspired by hot and sour Vietnamese nuoc cham dipping sauces, for example. She marinades the prawns in garlic, ginger and fish sauce, then stir-fries them and some vegetables quickly, and serves it all with noodles.

Actually, let’s linger in Vietnam for a while, because the Vietnamese seem to know exactly what to do with prawns. Wok and Kin has a recipe for Tôm Rim – caramelised prawns – that might just be enough to convert even the staunchest prawn sceptic. The prawns are marinated overnight, then fried with sugar to make a thick dark sauce. They’re best with shells on, but you can make this just as easily with de-shelled prawns or smaller prawns (or simply swap them for pork belly). Either way, one to try.

I picked most of these recipes because they’re relatively uncomplicated to make. And then there is Francesco Sposito’s recipe for fried puff of squid ink stuffed with burrata, raw prawn, mandarin and tarragon oil. The squid ink choux requires six hours of resting and I lack the technique to prepare any of the elements. My children would sweep the plate to the floor in a rage if I ever gave them this for their tea. Still, though, it does look quite nice.

Maybe I’d do better with a prawn burger. Big Green Egg has a recipe that has blended prawn, egg, tomato and spices formed into patties, then served with spicy vegetable pickle. Your kids might still sweep the pickle to the floor in a rage, but at least you tried. 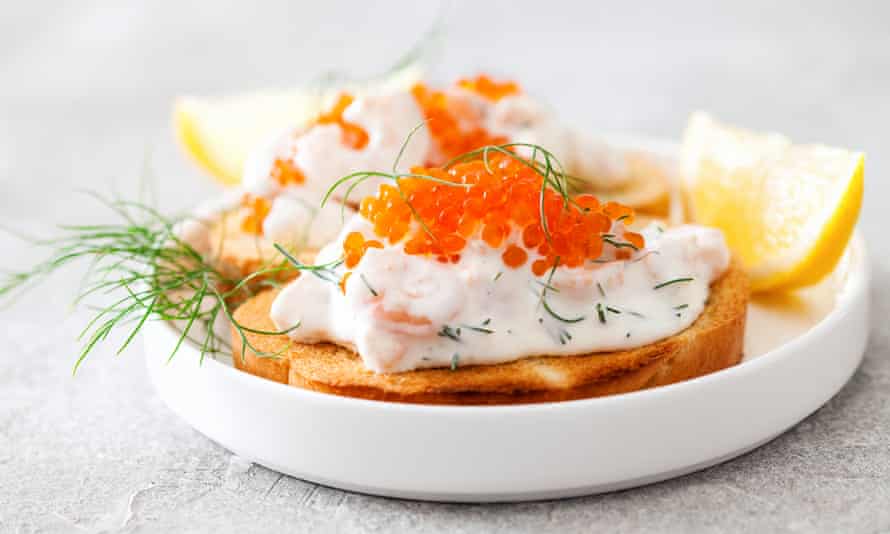 Now I think about it, we’ve mainly concentrated on spice so far. Let’s remedy that with a visit to Scandinavia, and Olive’s recipe for Skagen toast. This is the prawn as comfort food: cooked, mixed with onion, smothered in mayonnaise and plonked on to some toast. It’s more elegant than I’ve made it sound, and should probably be your first port of call when you’re tired of cooking everything in chilli.

As is tradition, we’ll end with a cocktail – a prawn cocktail, that is. And, in a rare double-Cloake, we’ll use her perfect prawn cocktail recipe from 2014. She uses a mix of shell-on prawns and brown shrimp, if you’re interested, although there’s no word about head-slurping here, so use your discretion.

Go back to Afghanistan? Men like McMaster and Panetta are addicted to war | Lt Col Daniel L Davis (retired)