Cheshire Police warned its camera van staff they were  “too lenient” and needed to catch up to 2,400 speeding drivers a month —  £240,000 in fines. 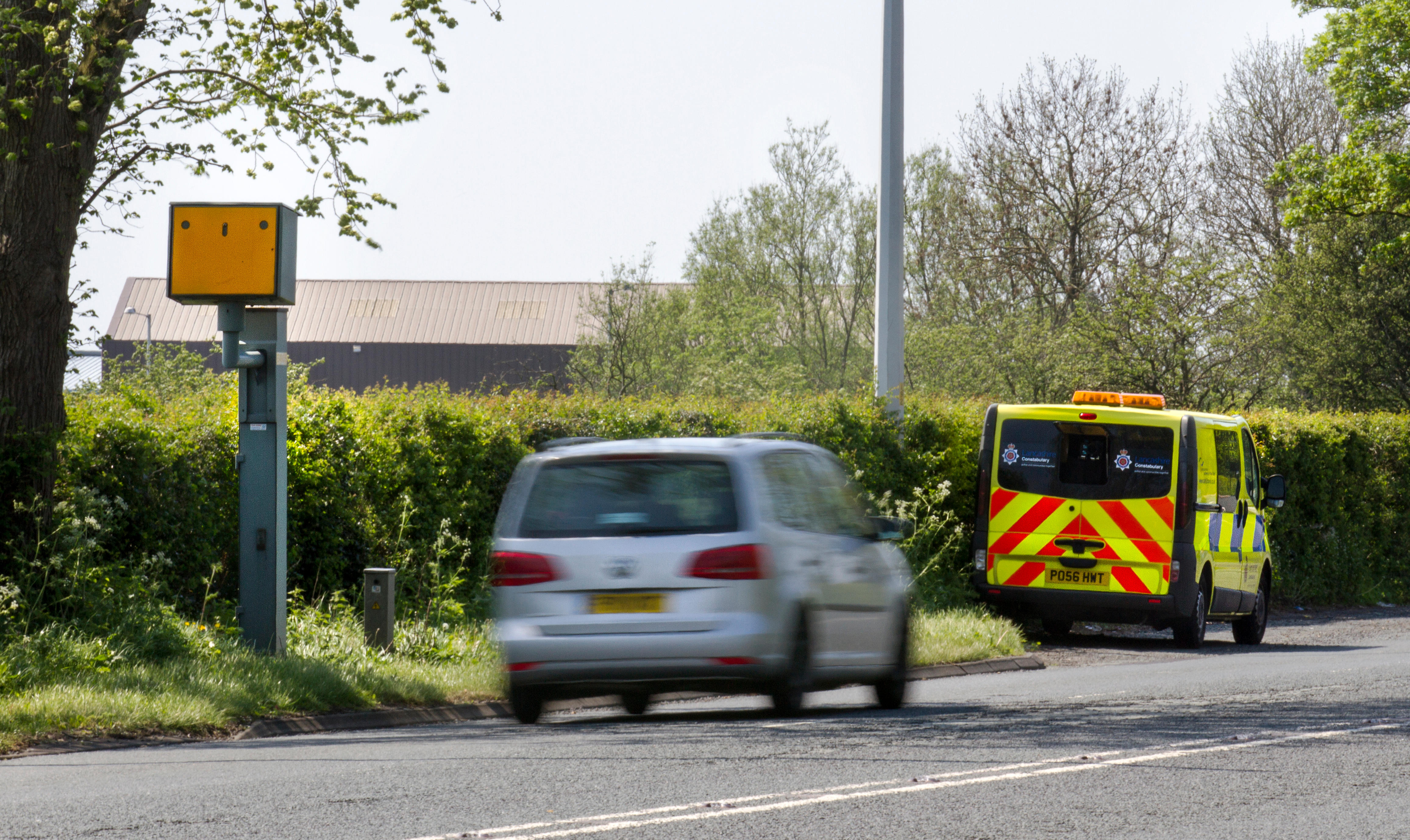 A police force netted £6m a year in speeding fined, with operators told to ‘bring in more’ (Stock photo)Credit: Alamy

In one email a boss told an operator: “Bottom line: You need to bring in more.

“I appreciate you can’t make people speed, but these are roughly 50% of your minimum 400 target.”

Another employee was asked: “What can you suggest/do that will enable you to achieve more offences?

“Am I tasking you with sites that do no produce? Have you, as operators, become complacent?”

The Alliance of British Drivers called the behaviour “thoroughly disgraceful”.

But Supt Jo Marshall-Bell insisted: “Safety camera vans are not deployed to generate income, nor are they set targets.”

Showing the pressure staff were under, one boss demanded: “Do you need to rethink whereabouts on the road you are targeting people, are you being too lenient with your targeting time?

“Are you paying attention all the time?”

It’s long confirmed what most drivers have always feared – that speed cameras are out to get people, rather than just make roads safer

The employee was told: “I am asking these questions now before somebody else does and they will.

“The honest truth is you will have new colleagues soon, like you did with two others. They managed to consistently out-perform you and it has been noted.

“Now is this time to raise your game and help push us forward.”

Cheeky bosses – who police one of the UK’s busiest road areas, including the M6 – even confessed there was no way of knowing if their targets helped make roads safer.

They then told staff to pick areas where they were more likely to catch speeders out and hit them with £100 fines – confirming driver suspicions speeding tickets have become about money.

An email read: “As you are aware automated enforcement figures are reported to senior officers.

“This includes the team’s performance in relation to mobile enforcement.

“This is not broken down into individual figures, however there are expectations as a team member that you contribute positively to that overall performance.”

A source said: “It’s long confirmed what most drivers have always feared – that speed cameras are out to get people, rather than just make roads safer.”

Supt Jo Marshall-Bell said: “Where a person receives a fixed penalty notice as a result of speeding, the fine goes to the Government, police do not receive any of this.

“If however you are offered the opportunity to attend a speed awareness course instead of a fine, the payment received covers the cost of the course and venue hire.

“A small percentage is given to the force to reinvest into road safety, it cannot be spent on anything else.”