POISONED Vladmir Putin critic Alexei Navalny has been detained moments after landing at a Russian airport.

Mr Navalny, 44, flew back to Moscow from Berlin with his wife Yulia, arriving at Sheremetyevo Airport after being diverted from Vnukovo Airport. 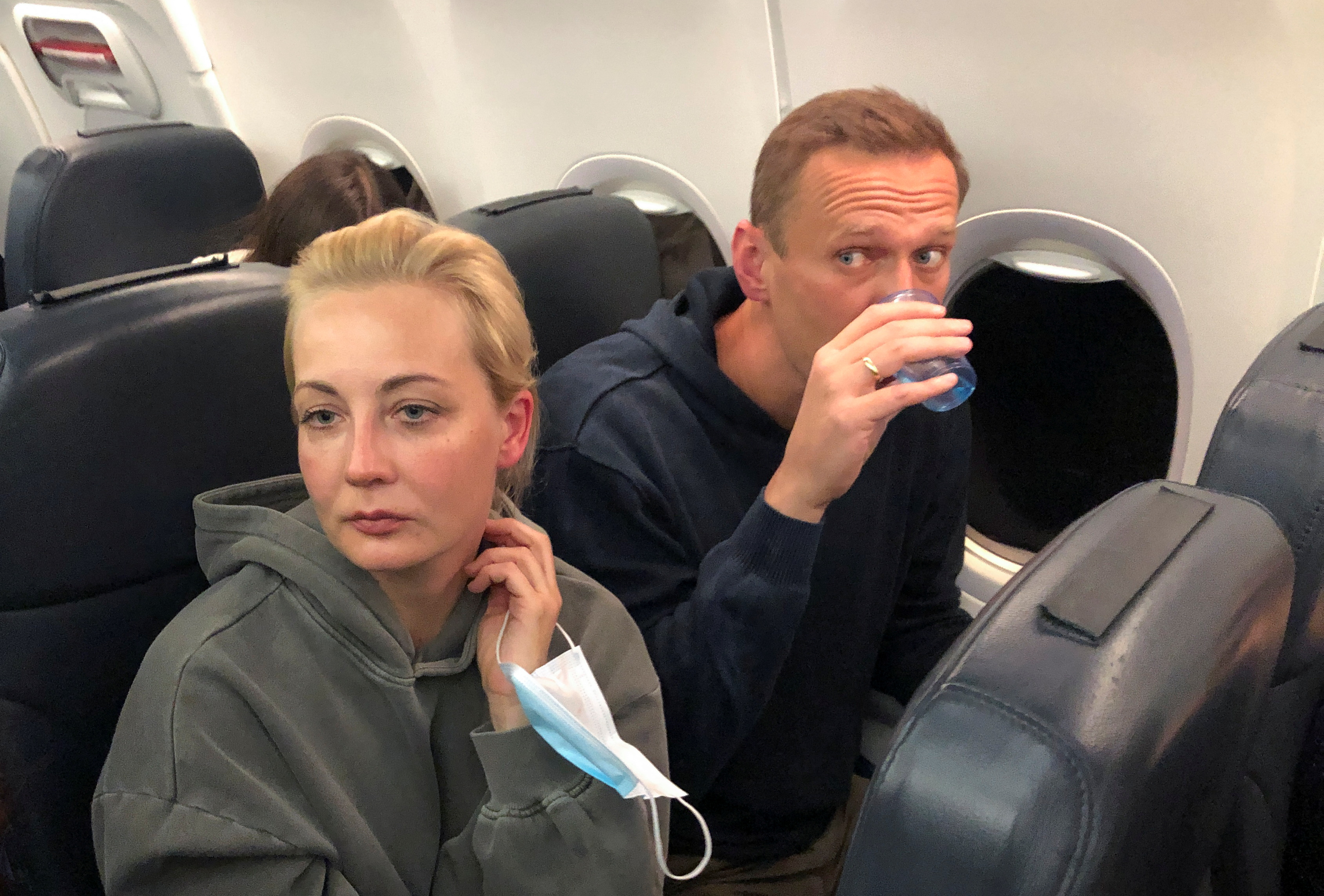 Russian opposition leader Alexei Navalny and his wife Yulia are seen on board a plane during a flight from Berlin to MoscowCredit: Reuters 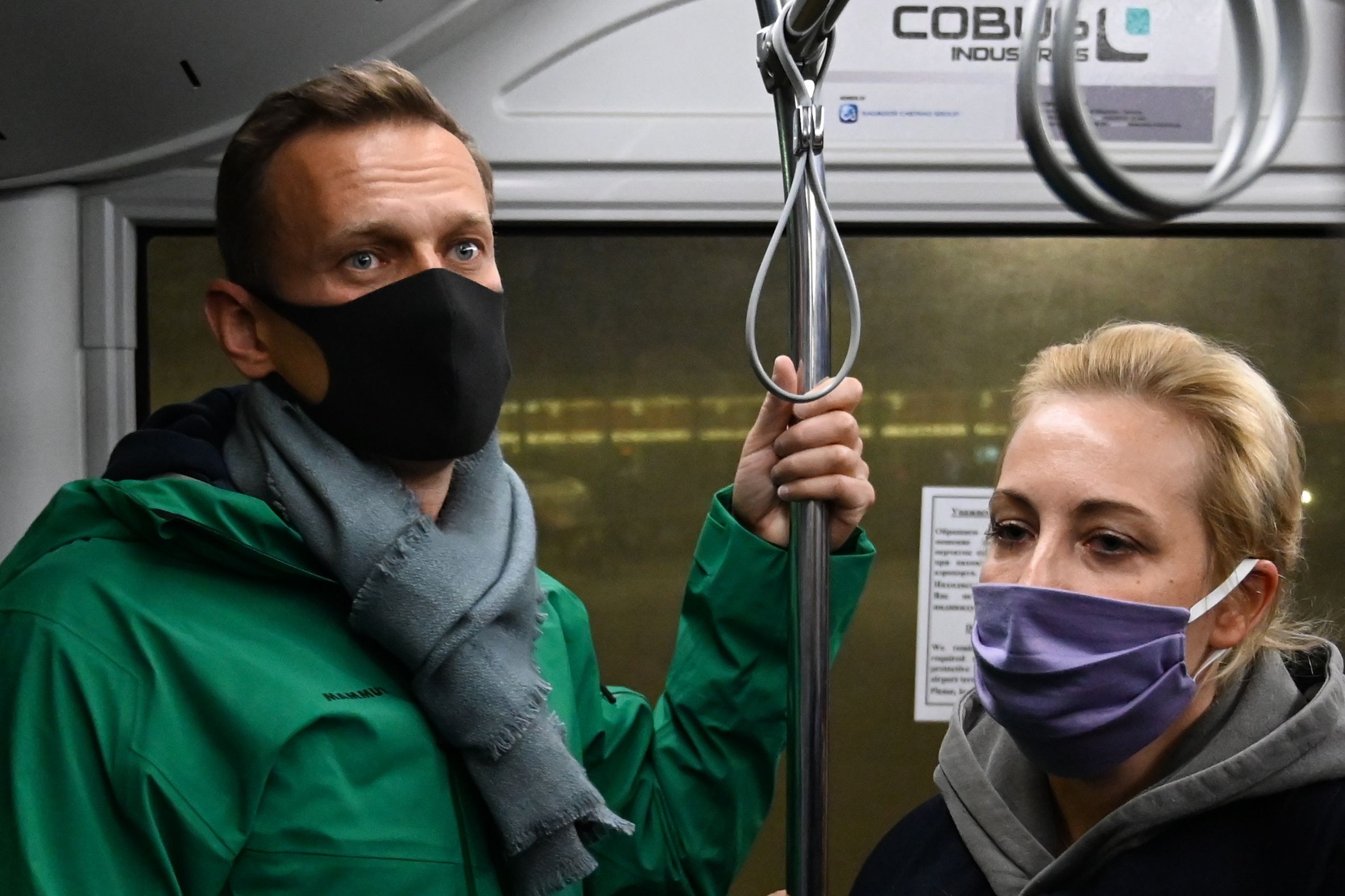 Mr Navalny and his wife returned despite the threat of being arrestedCredit: AFP 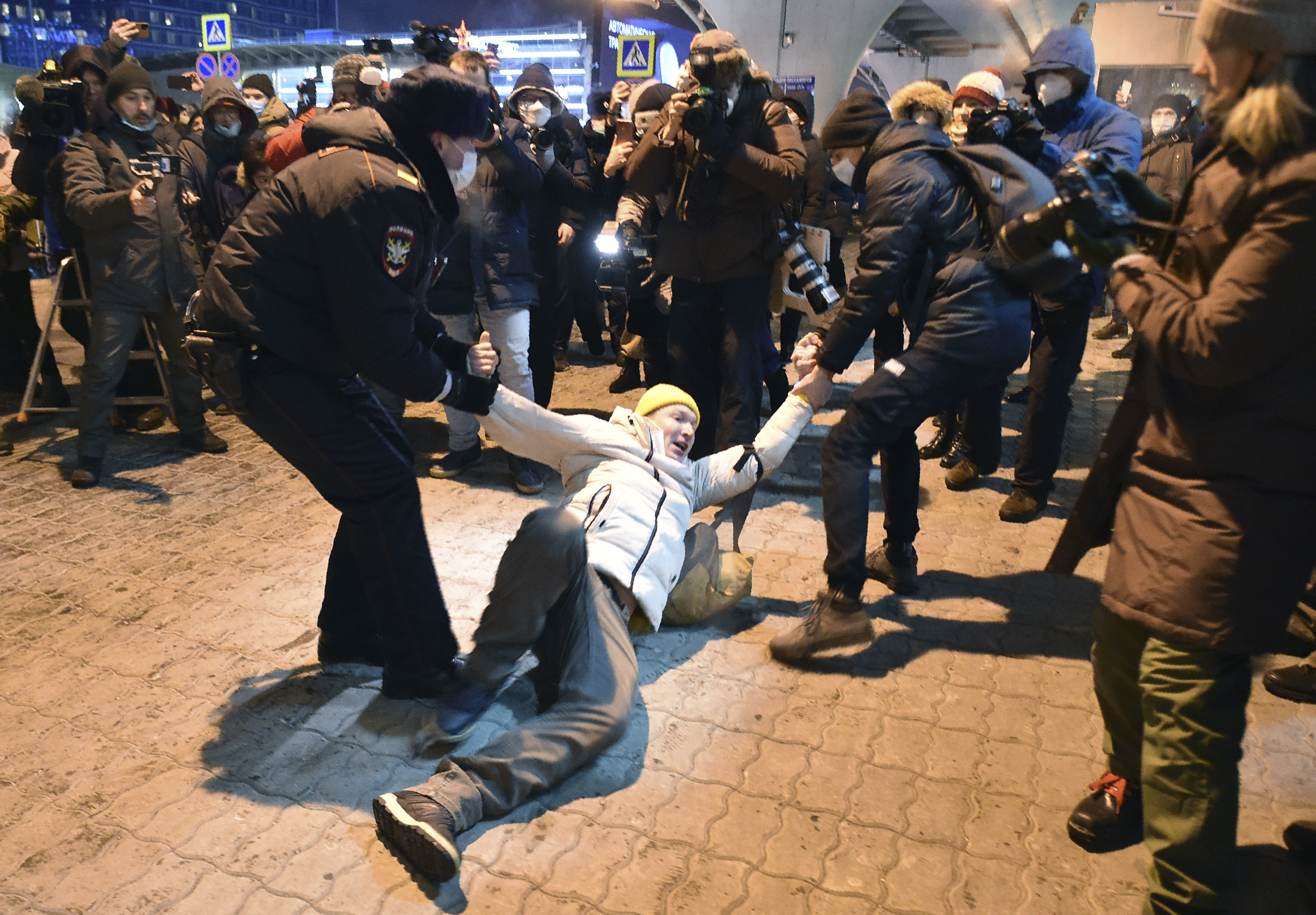 Hundreds of supporters were at the airport to welcome Mr Navalny as he returned, chanting his name and “Russia will be free”.

Cops met him at passport control, claiming Mr Navalny was being detained as he had missed a parole hearing.

He kissed his wife goodbye before being led away by the officers.

Before flying to Russia, Mr Navalny said: “This is the best moment in the last five months. I feel great. Finally, I’m returning to my home town.

“What do I need to be afraid of? What bad thing can happen to me in Russia? I feel like a citizen of Russia who has every right to return.”

Mr Navalny tweeted before his flight: “We fly home.”

He is a fierce critic of the Kremlin and has been described as “the man Vladimir Putin fears most”.

The lawyer was heard screaming in agony as he fell seriously ill on a flight to Moscow on August 20.

Video showed Mr Navalny being stretchered from the aircraft to a waiting ambulance in the Siberian city of Omsk.

He was unconscious, according to his press secretary, Kira Yarmysh, who suspects poison was added to his tea.

He was rushed to hospital with an initial diagnosis of “toxic poisoning”.

Earlier Mr Navalny was snapped drinking from a cup at a cafe at Tomsk airport before catching his flight.

Russia’s prison service last week issued a warrant for his arrest, saying he had violated the terms of a suspended sentence he received on a 2014 conviction for embezzlement.

The Kremlin has repeatedly denied a role in the opposition leader’s poisoning.

Supporters of Mr Navalny and journalists had come to Moscow’s Vnukovo Airport, where the plane was scheduled to land, but it ended up touching down at Sheremetyevo airport, about 40km away.

The OVD-Info group, which monitors political arrests, said at least 37 people were arrested at Vnukovo Airport, although their affiliations weren’t immediately clear.

Labs in Germany, France and Sweden, and tests by the Organization for the Prohibition of Chemical Weapons, established that Mr Navalny was exposed to a Soviet-era Novichok nerve agent.

Russian authorities insisted that the doctors who treated Mr Navalny in Siberia before he was airlifted to Germany found no traces of poison and have challenged German officials to provide proof.

They refused to open a full-fledged criminal inquiry, citing a lack of evidence that Mr Navalny was poisoned. 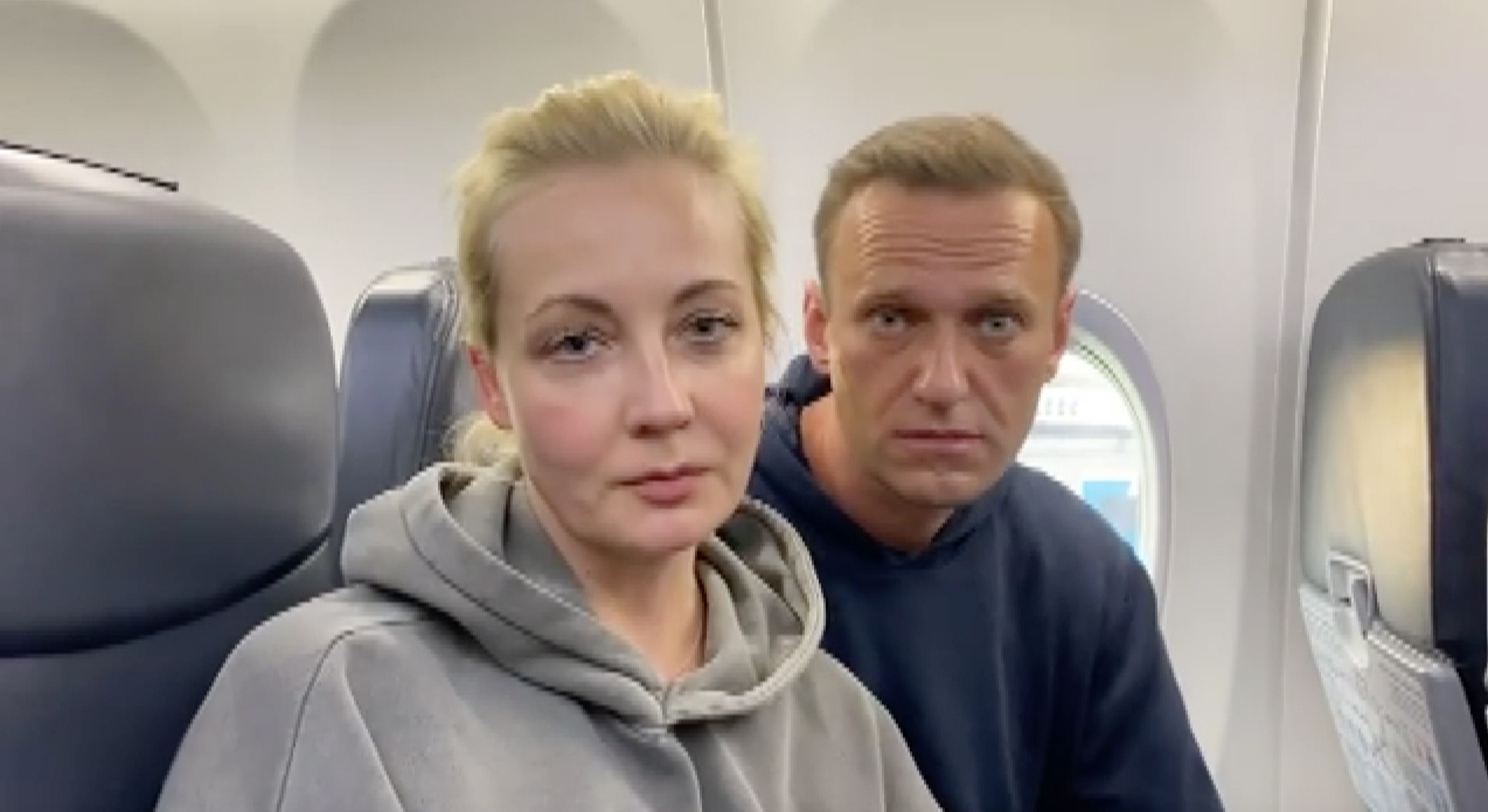 Mr Navalny was detained after returning to Russia with his wifeCredit: Getty Images – Getty 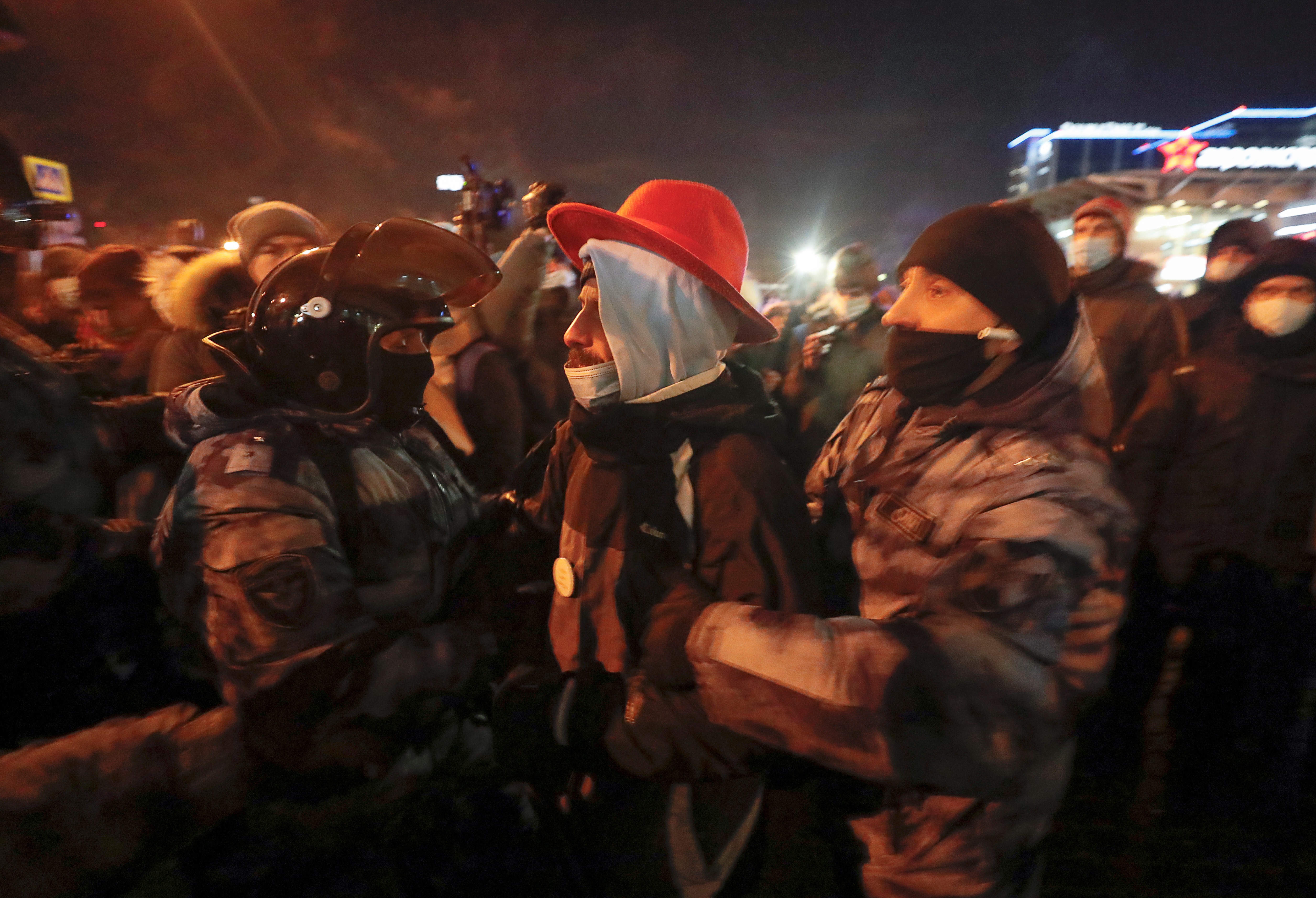