Good Morning Britain hosted a debate on the glossy mag’s cover, which shows a plus-sized woman in a yoga pose with the headline, “This is healthy.” 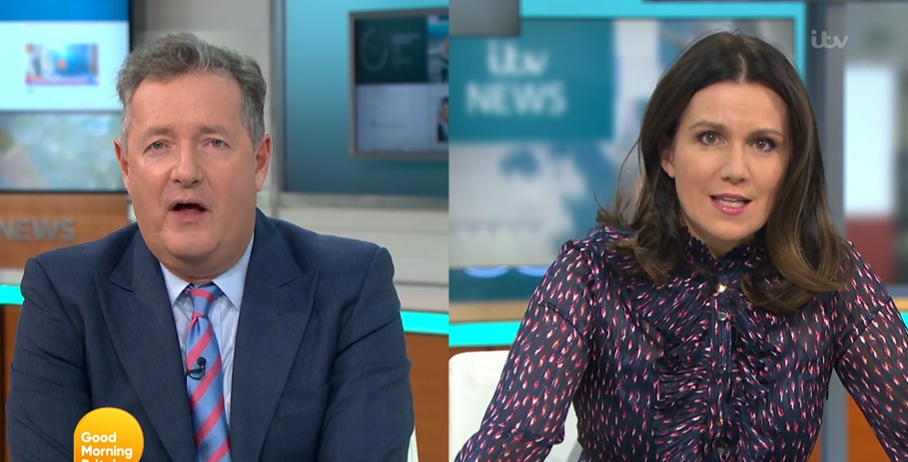 However, Piers Morgan was incensed by the cover – suggesting they should encourage people to lose weight in order to better fight off Covid.

Piers said: “When I say it’s shameful, I mean Cosmo is being shameful. This is the magazine that only a few months ago put the super-plus-sized model Tess Holliday as their cover model and did a whole interview without ever suggesting this unhealthy body image.

“We were supposed to celebrate it. She was five foot and over 300 pounds. That’s not healthy, that’s morbidly obese and she has a very high chance of dying very young because of her extreme overweightness.

“Now Cosmo seems to be using most of its time putting obese people on the cover and telling us – trying to convince us – this is positive.” 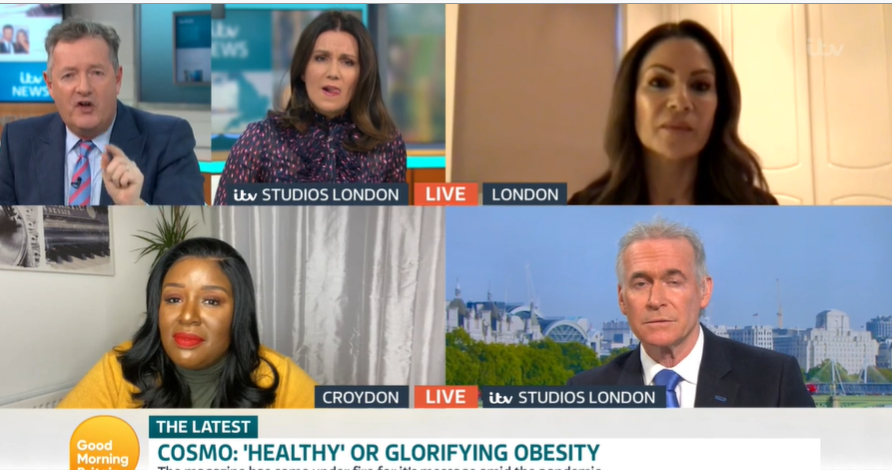 Piers and Susanna debated while their guests waited to speak

However, Susanna took issue with the statement, saying: “When you say most of its time, you mean two covers?”

Piers replied: “Yeah but they made a strategic decision as a company, that they’re going to start celebrating obesity as healthy. I think that’s dangerous and irresponsible.”

Piers then asked GMB‘s Dr Hilary what people working in intensive care would say at Cosmo using the cover.

Dr Hilary said: “It’s undoubtedly a risk factor for serious Covid. So that’s one thing. There’s also another element – which is the ethnic element. The Afro-Caribbean populations, the South Asians, Japanese and Chinese all much more prone to heart disease if they’re overweight. So it’s a lower weight, they are more at risk than Caucasian populations.” 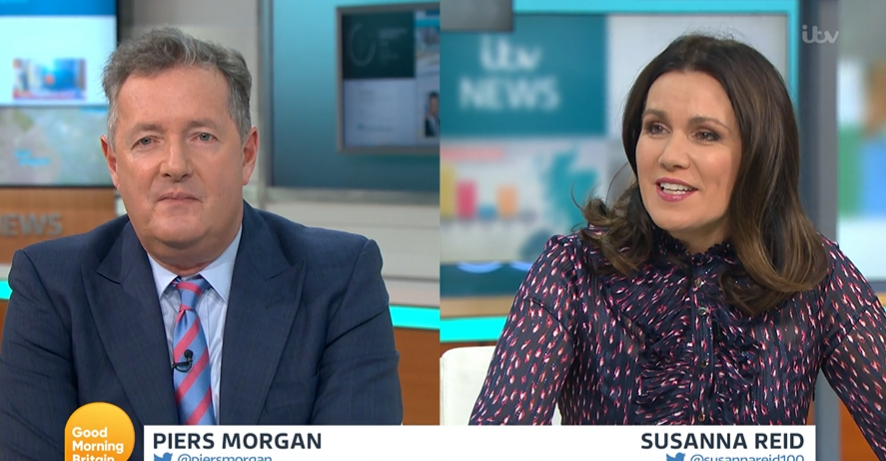 The pair clashing over the Cosmo cover

Susanna then intervened, saying: “Okay, but [panellist] Samantha, I think the idea is, if you might be overweight – and I don’t know why we need to keep bashing people who are overweight-“

Piers interrupted: “We’re not doing that! We’re not bashing people for being overweight.”

“No, I have criticised you for thinking that Cosmopolitan is right to describe obesity as healthy in a pandemic. When being overweight is actually one of the main factors of dying of Covid,” her co-host argued.

Susanna continued: “I think showing someone who is overweight on the cover doing exercise and maintaining their health, is not a bad idea.”

Piers insisted: “It’s not healthy. If they said, trying to get healthy.”

Piers finally said: “They are saying this is healthy. It’s not obesity is not healthy.”

In 2018 he had a feud with 300lb plus-sized model Tess Holliday after she graced an issue.

He branded her “morbidly obese” and said she’s “on a pathway to sickness, misery and possible death”.

Piers felt so passionately he even wrote an open letter to her.

The 6 most common long Covid symptoms