PIERRE-EMERICK AUBAMEYANG channelled his inner Thierry Henry – and did it in front of the legend himself.

The Arsenal skipper finished off a stunning counter-attack with a neat left-footed finish into the bottom corner to put his side 2-0 up against Tottenham. 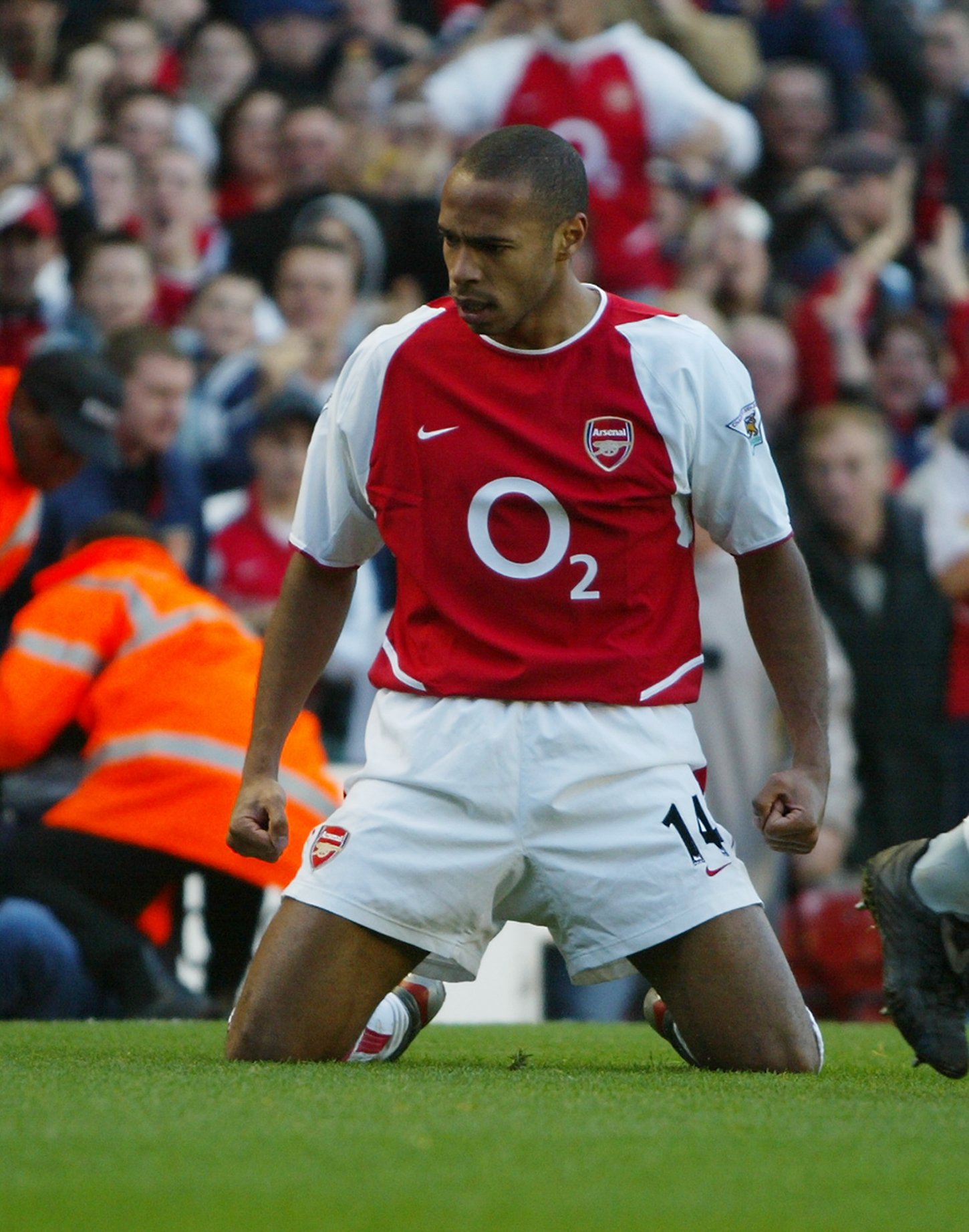 Henry was synonymous with the celebration during his Arsenal careerCredit: News Group Newspapers Ltd

There was no doubt over the inspiration for how he marked the goal.

Aubameyang did a knee slide on the Emirates turf with his fists clenched down by his side.

It was identical to Henry’s iconic celebration seen time and time again at Highbury.

It is also the same pose as his statute outside the stadium.

And the Frenchman clearly appreciated the gesture as he watched on in the stands.

Henry rocked a retro Arsenal shirt and glasses to complete the look.

The goal was Auba’s second Premier League strike of the season after grabbing the winner against Norwich earlier this month.

Emile Smith Rowe had put Mikel Arteta’s men into a 12th-minute lead by turning in from Bukayo Saka’s centre.

And Saka went from provider to scorer for the third as he got a second bite at the cherry inside the Spurs box then tucked past Hugo Lloris with the home fans in dreamland.

Son Heung-min did pull one back for Tottenham in the second half when his strike was too hot for Aaron Ramsdale to handle.

But the goalkeeper produced a stunning stop to deny Lucas Moura late on, tipping his deflected effort on to the bar.

Henry was in the crowd alongside Spotify billionaire Daniel Ek.

The Swedish businessman tried to buy Arsenal in April when the outrage at Stan Kroenke and the European Super League plans.

And he managed to recruit Henry, Patrick Vieira and Dennis Bergkamp for his £2billion plot. 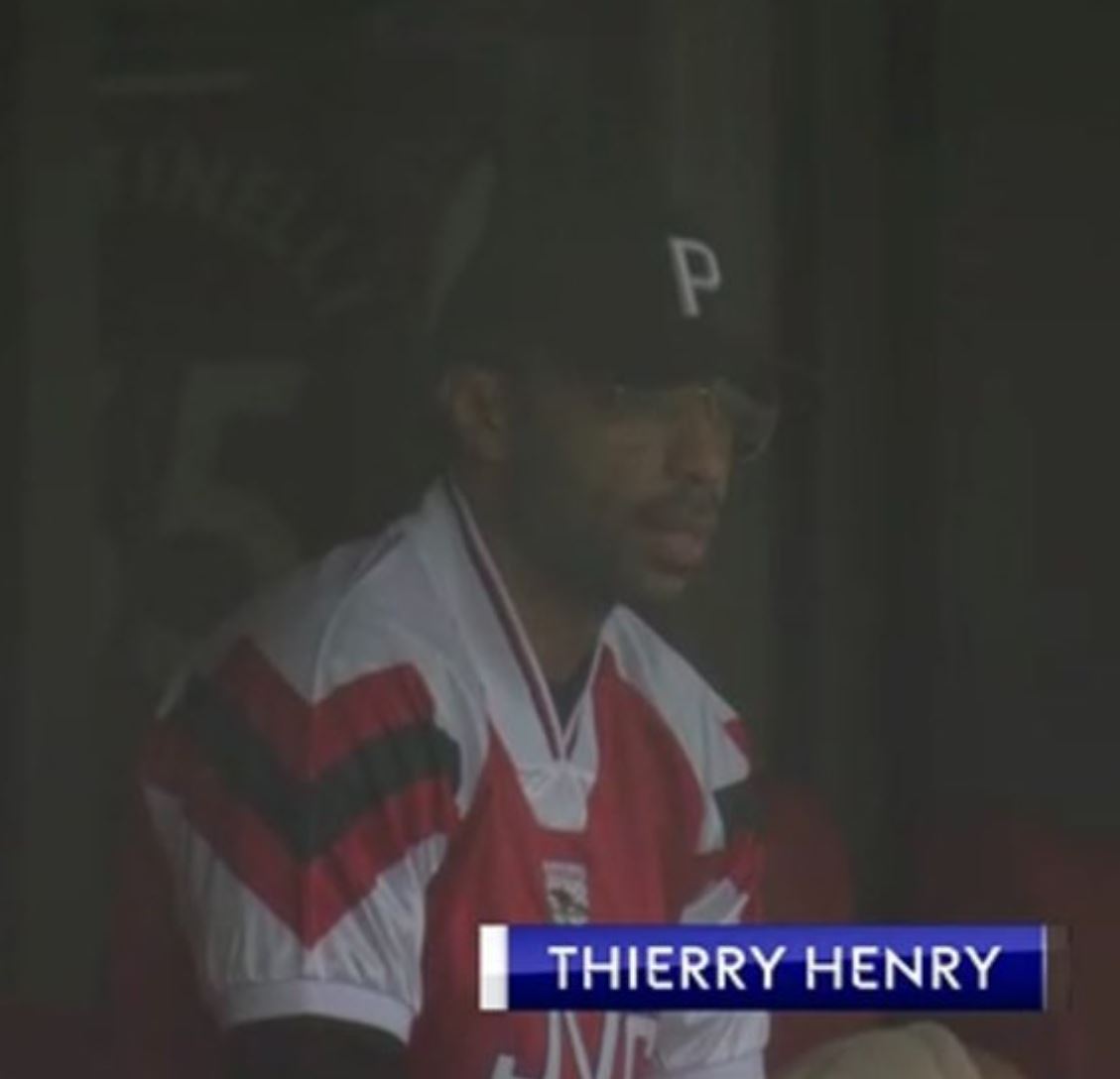 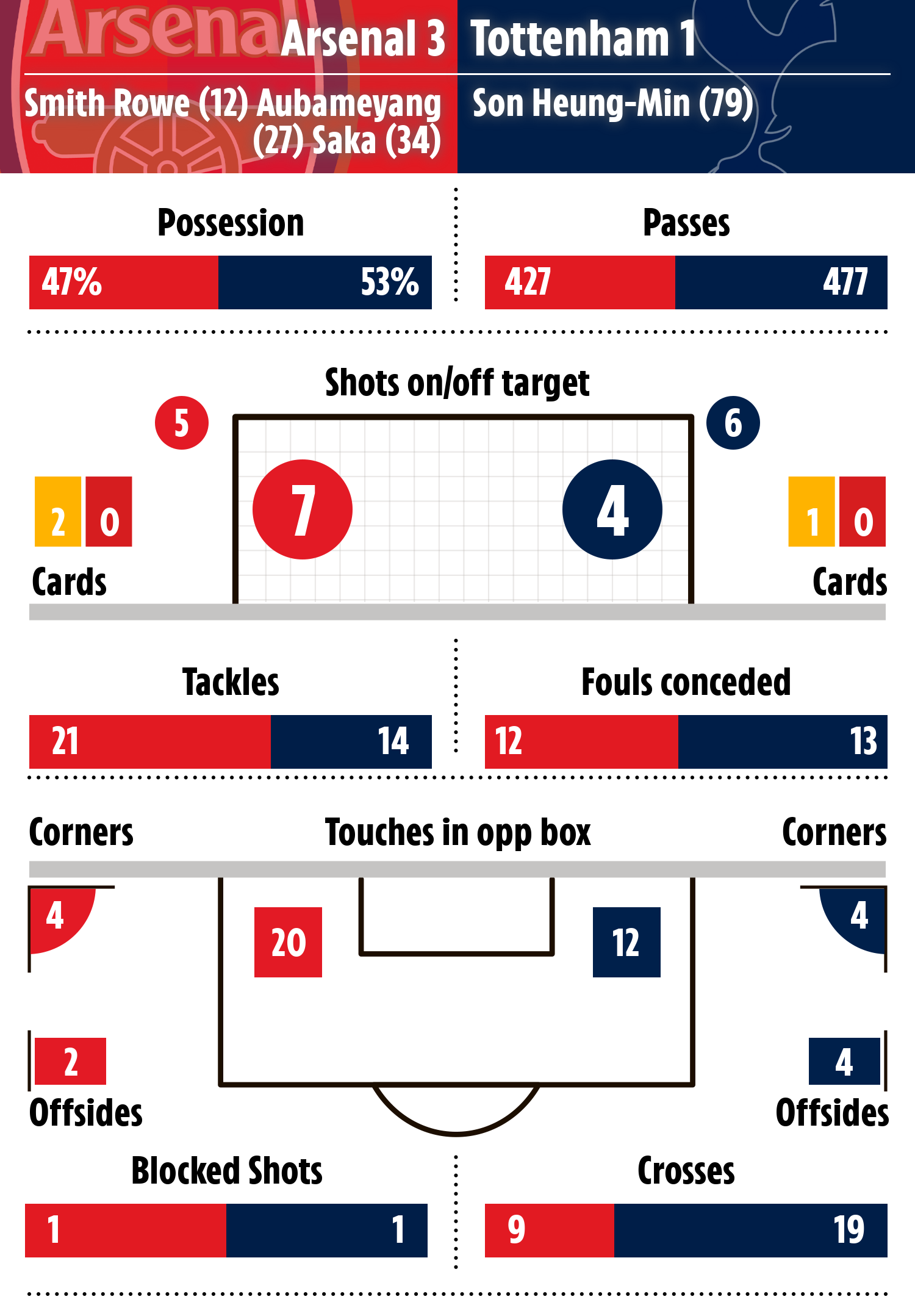