PHIL MICKELSON looked remarkably trim in his recent appearance at the Saudi International – a far cry from his former self.

The 50-year-old cut a rather portly figure in the mid-2000s but has cleaned up his diet with remarkable results. 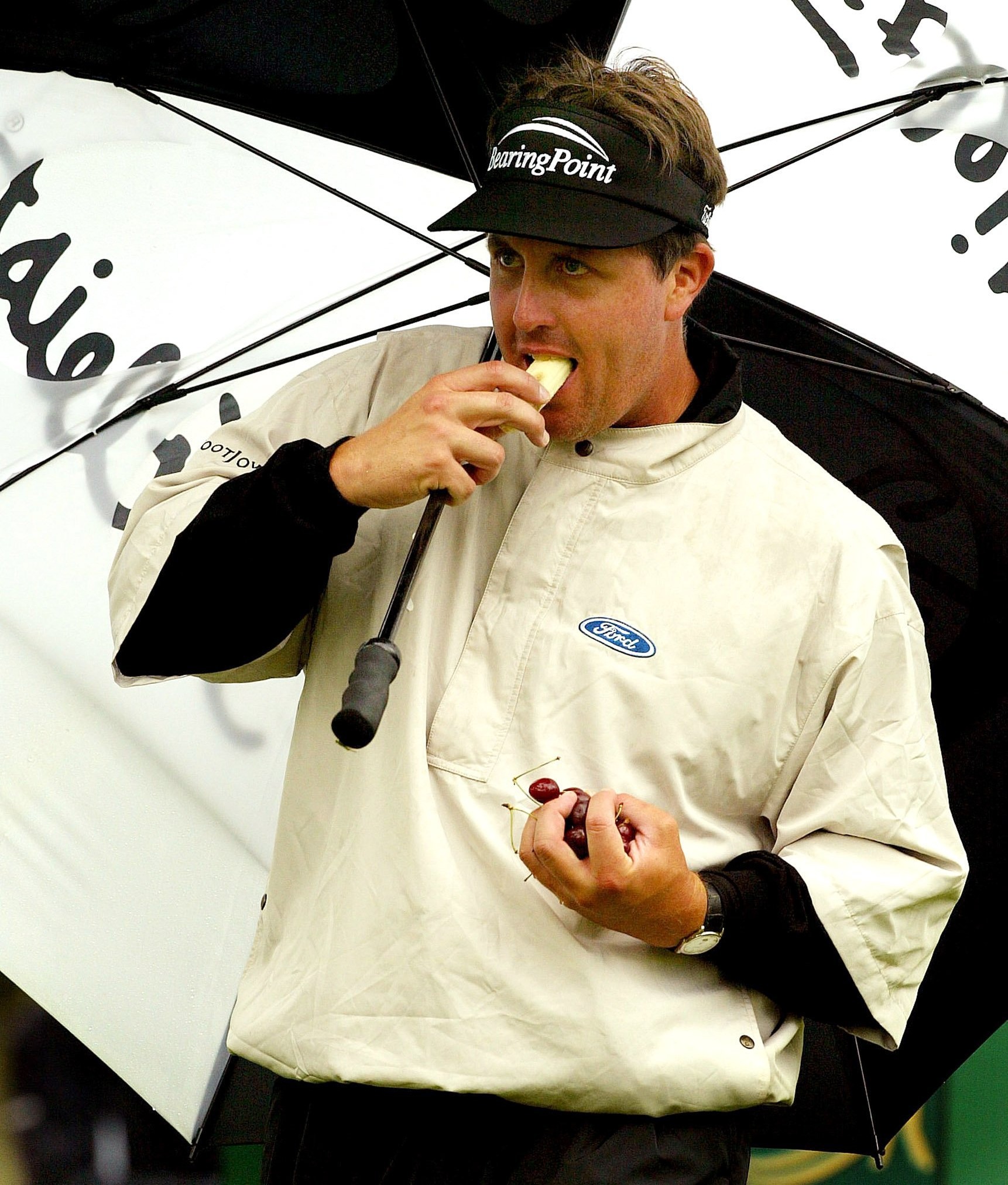 Phil Mickelson, pictured here in 2003, has spoken of his discomfort at putting on the poundsCredit: Reuters

After piling on a few too many pounds, the American has put considerable effort into streamlining his physique in recent years.

A diagnosis for psoriatic arthritis in 2010 is partly credited with alerting Mickelson of his need to change.

And he is now fully invested in a six-day fasting routine, during which he subsists on only water and a special coffee blend.

Mickelson has become a huge advocate for ‘Coffee For Wellness’, which he talks up regularly on social media, after teaming up with performance consultant Dave Phillips.

Despite being at the top of his game in the mid-2000s, the golfer began to feel his body and his performances decline.

He previously stated: “I wasn’t playing well and I wasn’t feeling good about myself.

“I wasn’t recovering as fast as I wanted to after the rounds and I was feeling tired and not focused towards the end of the round.

Last time I was at Winged Foot, I was 36 years old with no accountability for my health. ? This was before @ForWellness.
After becoming accountable for my own health, today I return to Winged Foot and let’s just say I look a little “different” ? pic.twitter.com/SuYJFwnZdY

“I felt that the first step in getting that back was getting in better shape — getting lighter, and what I’ve noticed is that I’ve recovered faster.”

But the diet plan is not exclusively a weight loss technique, with Mickelson feeling the overwhelming ‘wellness’ benefits too.

Mickelson is looking as good as he ever has out on course and he has acknowledged that such a change was vital if he was ever going to recover his best form.

In one Twitter video endorsing the plan, he said: “I haven’t felt good about myself and the way I’ve been playing, and so I haven’t done anything or wanted to be in public.

“The last 10 days I’ve done what I call a hard reset – a change to try to make things better.

Fasting, if you look at it, it’s a hard reset, but the body gets rid of the bad stuff and covets the good stuff.

“I don’t know if it’s going to help me play better or not, but I’m willing to do whatever it takes to try to get my best back.”

Also in 2019, he noted: “I’m going to continue to make it a lifestyle change.

“It won’t be as drastic or quick, but I would anticipate over the next one to two years I would continue to tick down a little bit [in weight].”

Performance consultant Phillips has described the fasting routine as fairly common among athletes.

He said: “It’s not a drastic as everybody thinks it is.

“In the performance space, there are a lot of athletes that do this kind of thing.

“Fasting, if you look at it, it’s a hard reset, but the body gets rid of the bad stuff and covets the good stuff.

“The body goes into flight or fight. Sometimes you need to do that.”