PHIL MICKELSON took to the course today before playing in one of the most controversial events in the golf calendar.

The American is one of the big names teeing off at the Saudi Arabia International this weekend, and tested the Al Mooraj course during the pro-am event today. 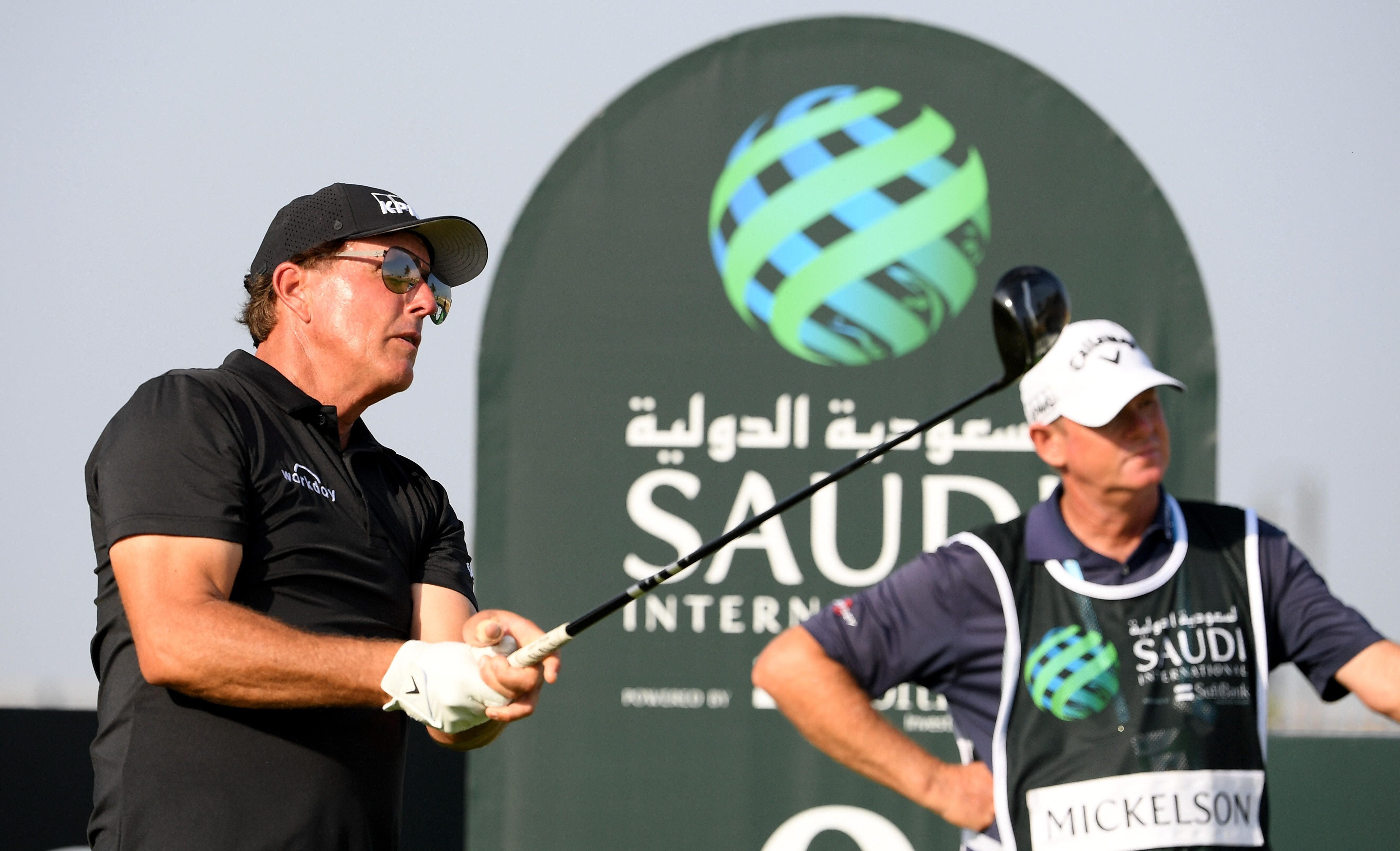 Mickelson is playing the Saudi Arabia International for the second timeCredit: GETTY IMAGES

Mickelson was joined at the pro-am by His Excellency Yasir Al-RumayyanCredit: GETTY IMAGES

‘Lefty’ played with the chairman of the Saudi Golf Federation, His Excellency Yasir Al-Rumayyan at the pro-am before the event kicks off tomorrow.

Mickelson is a 90/1 outsider to win the event, with compatriot Dustin Johnson the favourite at 5/1. Bryson DeChambeau, Tommy Fleetwood and Sergio Garcia are among the other big names teeing off tomorrow.

It is the second time Mickelson has played the event. He received criticism last year for accepting the invitation due to the country’s appalling human rights record.

With the event desperate to pull in top names, Tiger Woods has twice turned down an opportunity to play, having been offered a whopping $3million.

While a range of tournaments take place in countries with poor human rights records, the difference is this event is backed directly by the Saudi government.

That government – led by Prince Mohammed bin Salman – came in for worldwide scrutiny after the killing of journalist Jamal Khashoggi in October 2018.

Mickelson is skipping the Waste Management Phoenix Open in order to play in the controversial European Tour event.

He defended his decision to play in last year’s event, telling ESPN in January 2020: “I knew that criticism would come with this.

Tiger Woods, with his son Charlie, turned down $3m to appear

“But I’m excited to go. I’m looking forward to it. I just figured that would be the case. I feel good in the sense that I’ve supported the Phoenix Open for 30 years.

“I’ve turned down opportunities for 20 years now to go over to different parts of the world. I’m at a point now where I want to take advantage of it. I want to go see it.”

Woods – who is missing the Phoenix Open through injury – explained in 2019 why he declined to take part.

“I understand the politics behind it but also the game of golf can help heal a lot of that, too. It can help grow it and also a lot of top players are going to be playing there.

“It’s traditionally not a golf hotbed, the Middle East, but it has grown quite a bit. I remember going to Dubai for my first time and seeing maybe two or three buildings in the skyline. Now there is a New York city skyline. Again, golf has grown. There were only a few courses when I went to Dubai and now they’re everywhere. Same with Abu Dhabi and maybe eventually in Saudi Arabia.