The first major MMA championship bout on Irish soil came about when Patricky’s younger brother, Patricio, confirmed he was vacating the Bellator lightweight world title as he did not want to stand in the way of his sibling’s aspirations. 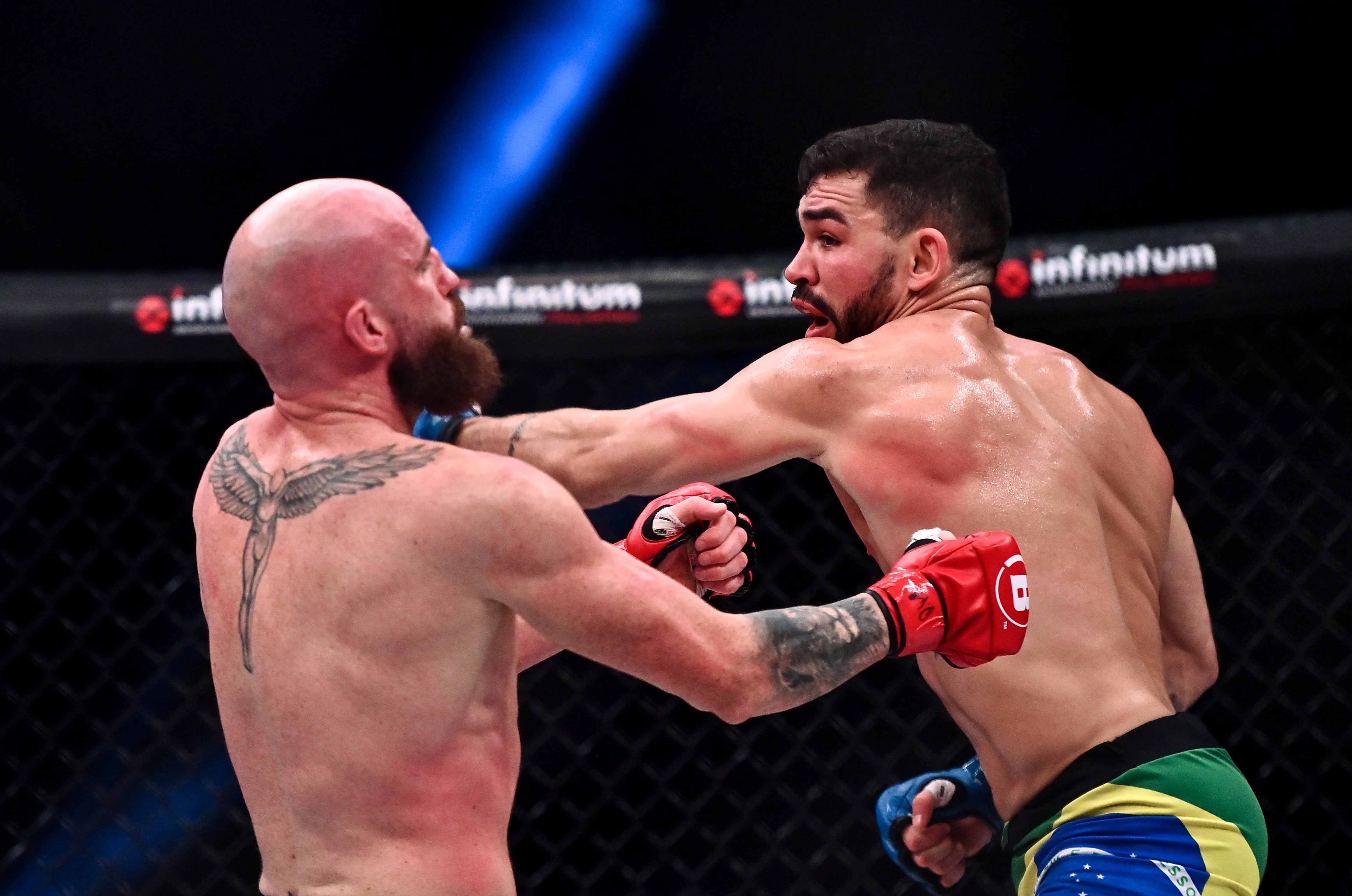 The Brazilian beat Ireland’s Peter Queally in Dublin to take the belt vacated by his brotherCredit: Sportsfile

After some persuasion from Conor McGregor’s renowned coach John Kavanagh, who has worked with both men, it was decided this highly-anticipated rematch would be for the vacant belt.

The first clash between the two last year ended with fourth-ranked Queally winning via second round doctor stoppage due to a nasty cut on the Brazilian’s forehead.

That made it a third-straight stoppage success for the star while the No1-ranked Patricky has claimed the most knockouts of any fighter in the lightweight division, which gave this clash all the ingredients for an explosive affair.

There has been a huge debate whether Patricky deserved to even be in the title picture in the first place – but that was answered in front of the red-hot Dublin crowd backing his ‘Showstopper’ opponent in front of his adoring public.

It was an edgy first round with Queally stopping Patricky closing the distance with some leg kicks although the fans were in no doubt that it was their man who edged it on the scorecard.

The crowd were fuming at the start of the second when an accidental eye poke from Queally led to a lengthy stoppage as doctors looked at the Brazilian’s eye.

But the 3Arena was left in shocked silence when just moments later their boy was stopped.

A vicious counter right from Pitbull found Queally’s chin and sent him tumbling down – only to get up and eat another right-left combo that left him stumbling into the cage.

The brave warrior got up again but received several more blows to send him back into the cage before Patricky began teeing off and forced the ref to step in and end it.