PARIS FURY has followed in husband Tyson’s footsteps by landing some blows of her own on Deontay Wilder.

The wife of the Gypsy King couldn’t contain her hatred of the Bronze Bomber after the incredible Las Vegas trilogy showdown.

Paris was quick to congratulate her husbandCredit: Reuters 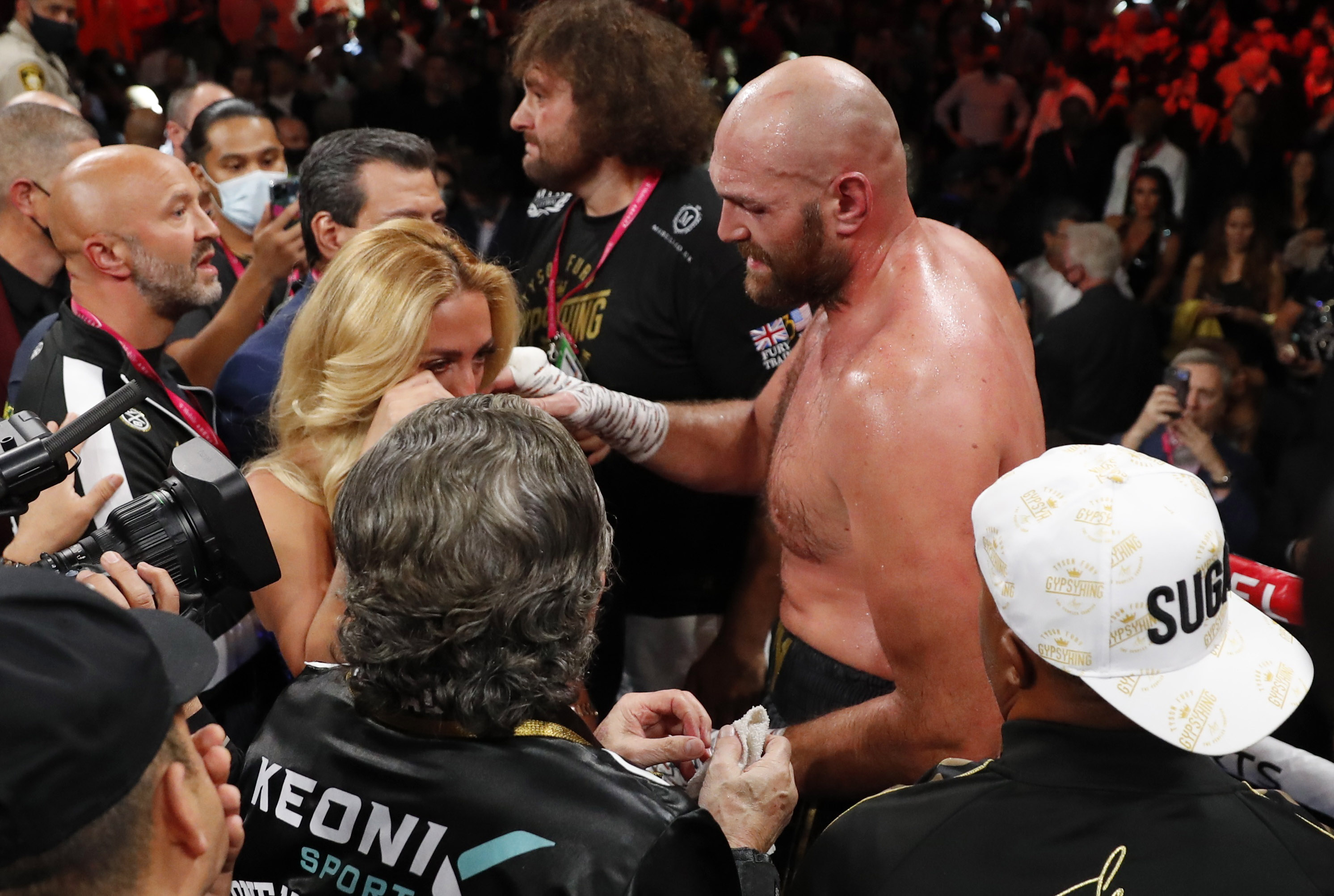 There were emotional scenes inside the ring after the contestCredit: Reuters 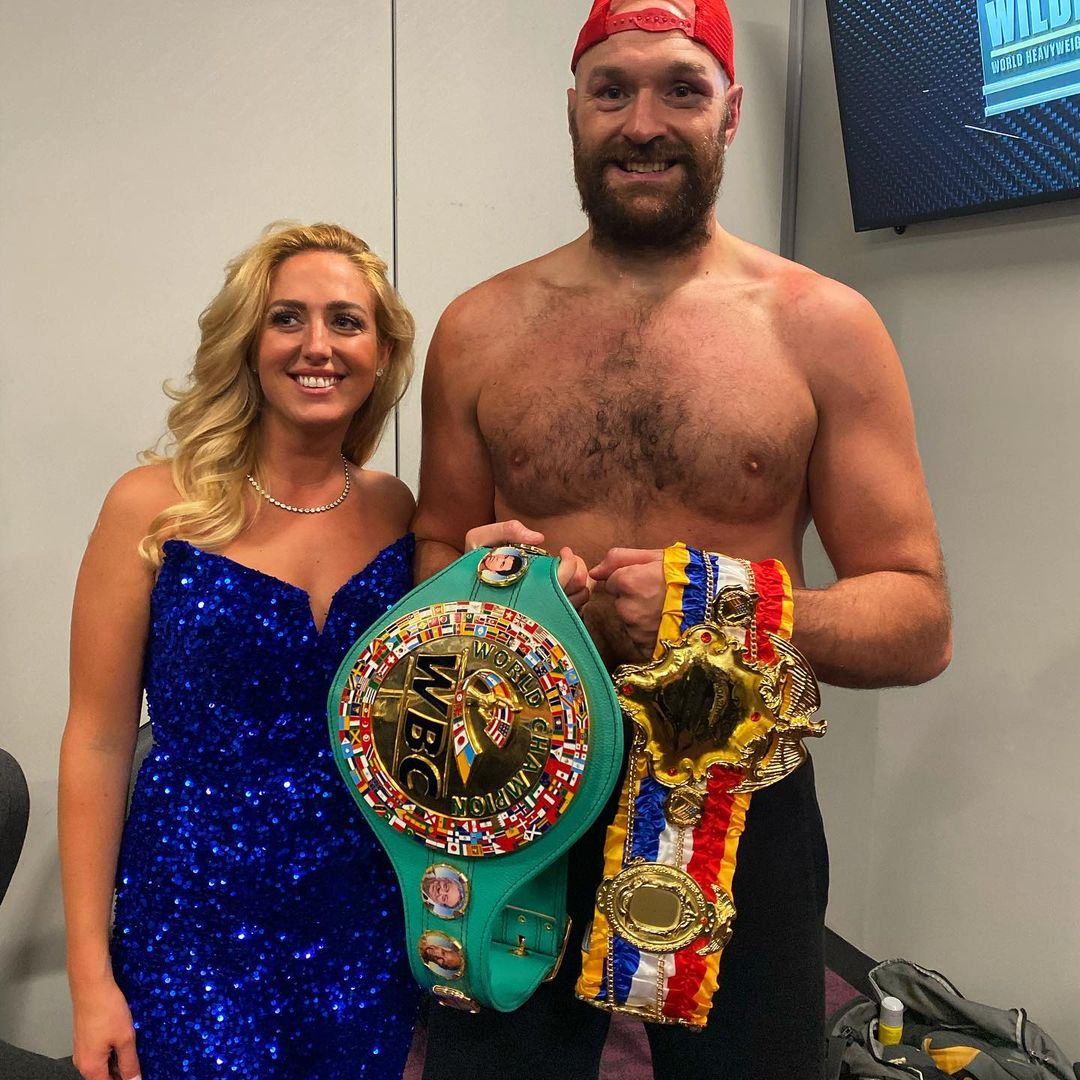 The pair celebrated the 11th round KO togetherCredit: Instagram

Having seen her husband win by KO in the 11th round despite himself twice hitting the canvas, Paris, who was ringside for the contest, couldn’t hide her relief.

And speaking to iFL TV, she had a few words for her man’s bitter rival: “Clearly he [Wilder] is a tough man, but he’s not tough enough.

“Three times [in a row] now. Maybe he’ll shut up now, go home and go to bed. I’ll be polite but we don’t want to hear that man’s name again.”

Fury twice hit the deck during the fourth round of the Sin City contest, and Paris, who looked stunning in a blue dress, revealed how difficult it was to witness.

Fury has spent only two weeks in the last six months with his wife and six children and Paris is relieved the trilogy battle is over.

She said: “That’s that one [Wilder] finished and done with. Onwards and upwards for Tyson.”

Fury, 33, tried to console Wilder after their third and final meeting, but revealed he was snubbed by the American, 35, and had some harsh words for him.

Fury revealed: “I said, ‘Well done.’ And he said, ‘I don’t wanna show any sportsmanship or respect.’ I said, ‘No problem.'”

“I was very surprised by that but he’s a sore loser, an idiot.

“To be a top fighting man, you’ve got to show guts and respect and he couldn’t do it tonight. And that’s it.

“He couldn’t do it so I’ll pray for him. I’m just thankful we all got out the fight in one piece and go home to our lovely families.” 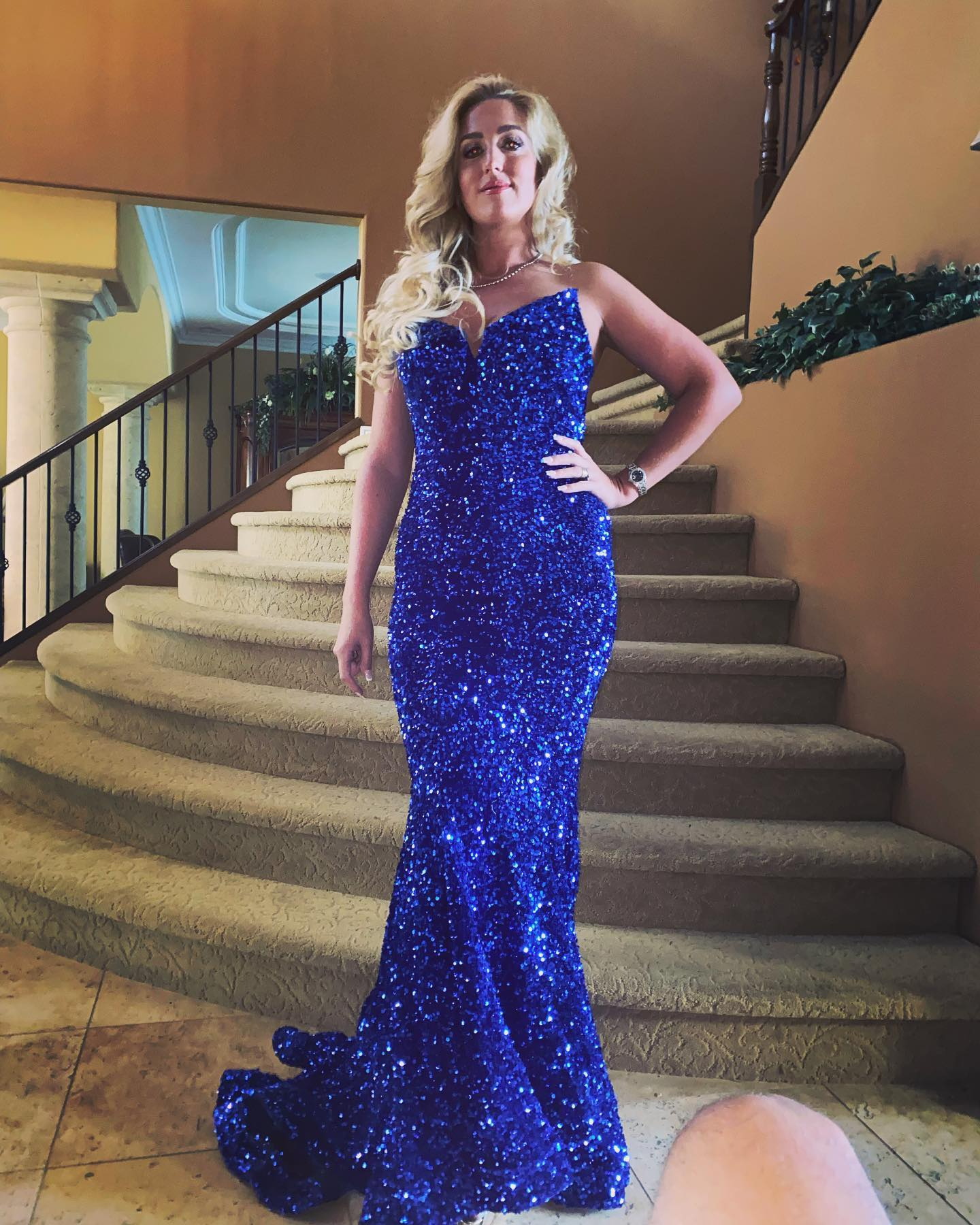 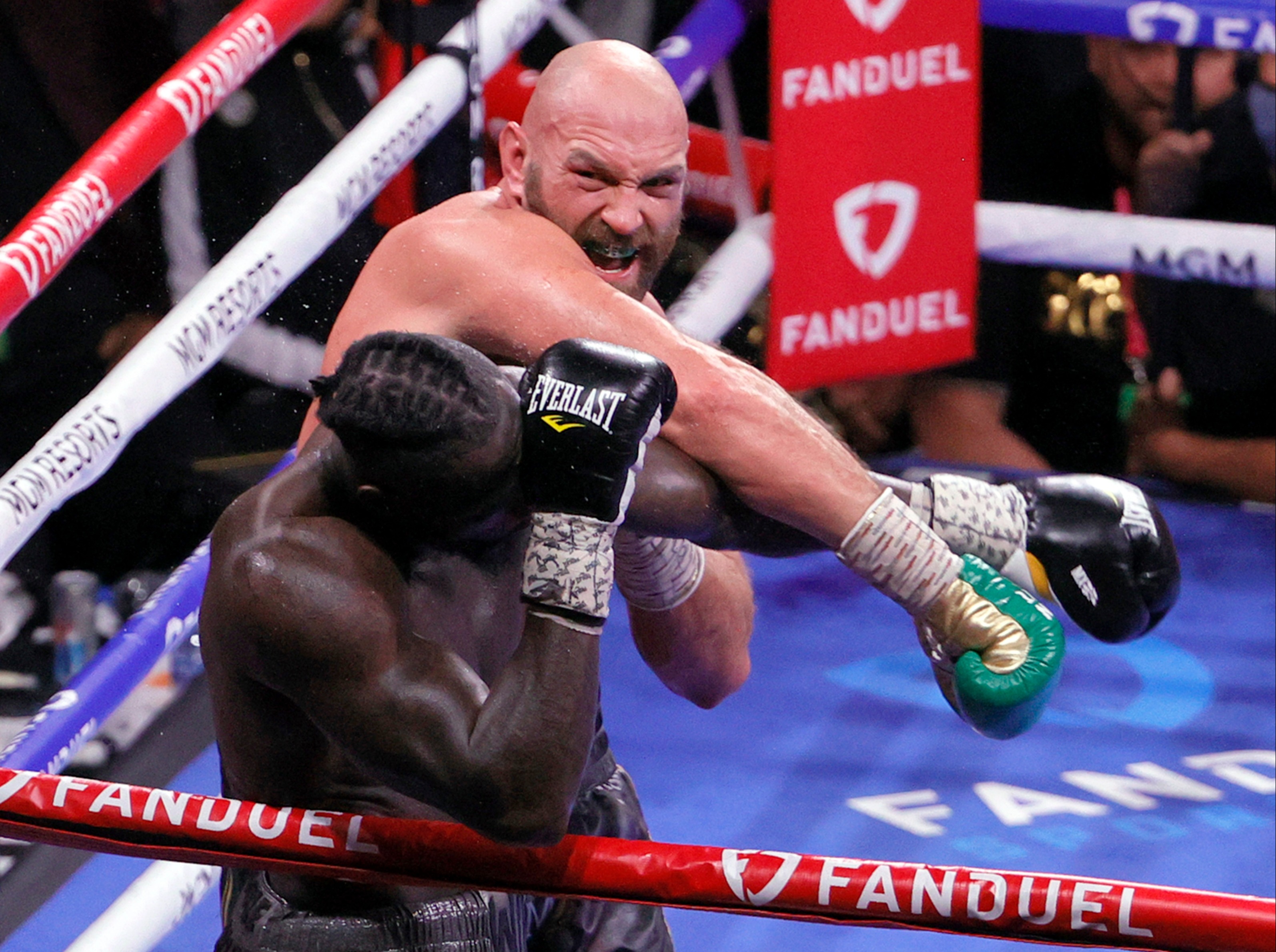 Wilder was knocked out in the 11th roundCredit: Getty 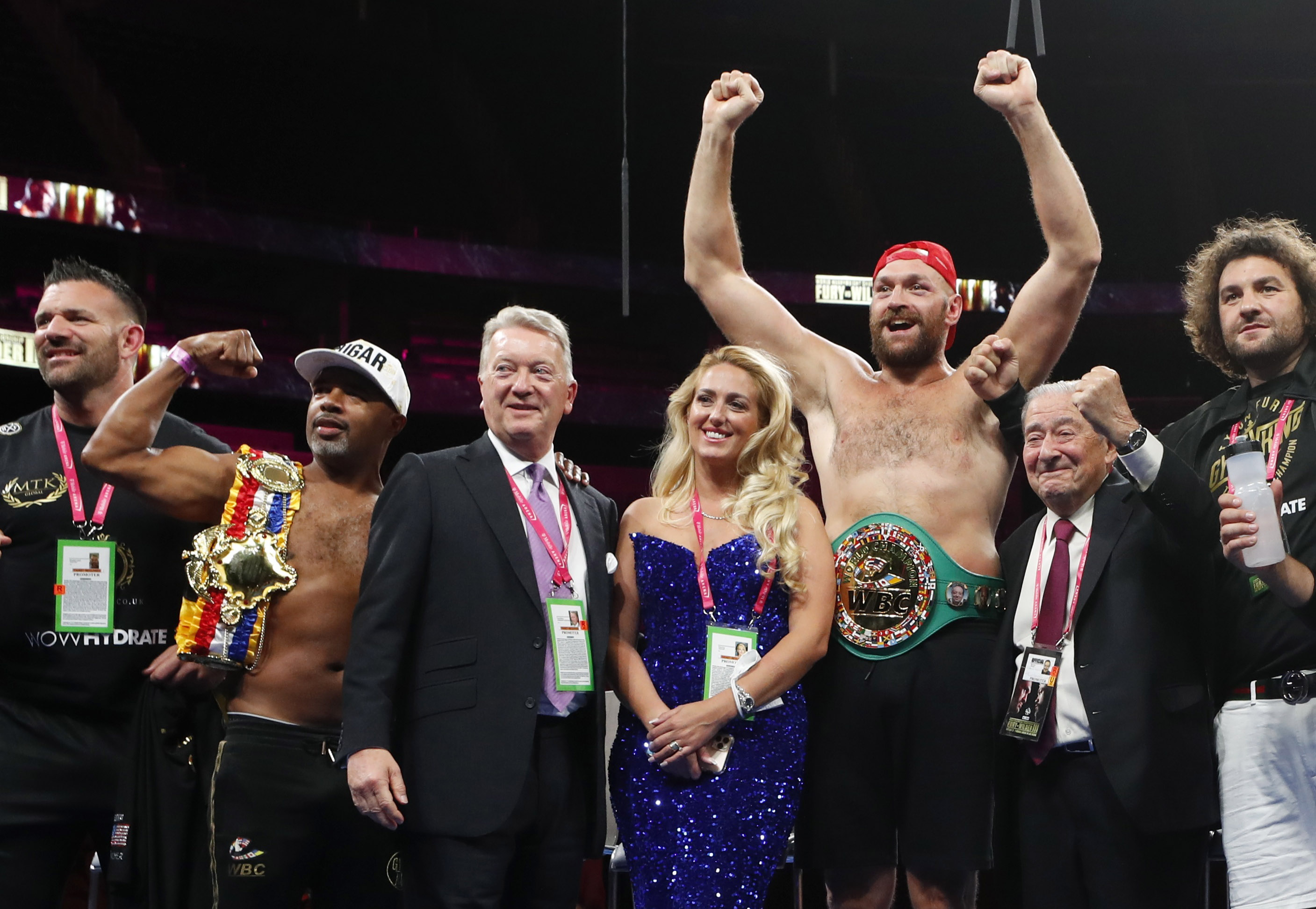 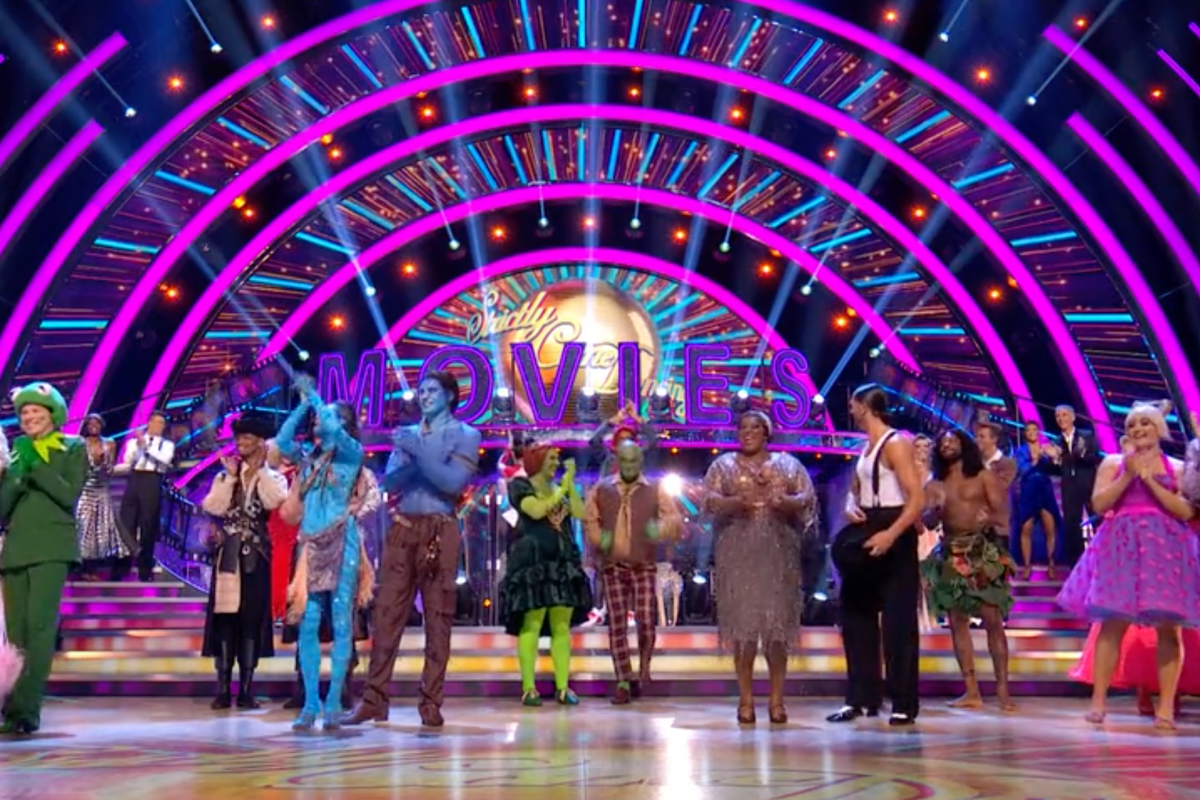 More people are dying at home, but the quality of their deaths matters most | David Spiegelhalter and Anthony Masters