WHOA baby! Expecting parents packed a wallop into their gender reveal party – setting off an 80lb homemade bomb this week that shook homes across two states and saw the father arrested.

The family affair involved launching a big bang of store-bought pyrotechnics at a New Hampshire quarry. 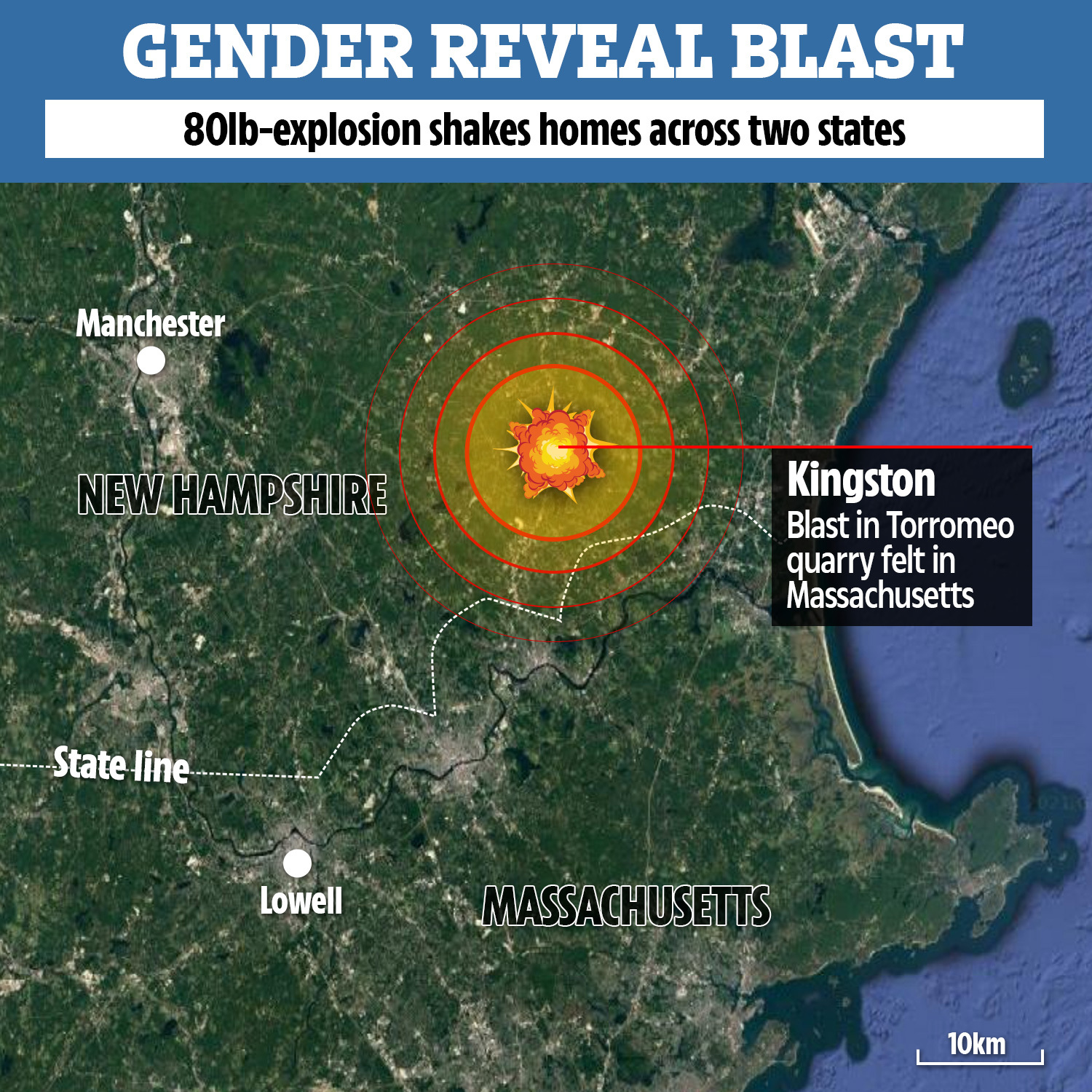 Only the blast was so extreme that it was felt in towns across the state line in Massachusetts – and even cracked the foundation of a neighboring home.

“We heard this god-awful blast,” Sara Taglieri, who lives near the Torromeo Industries quarry site where the shindig took place and was home at around 7pm on Tuesday when it happened, told NBC 10 Boston.

“It knocked pictures off our walls… I’m all up for silliness and whatnot, but that was extreme.”

Taglieri’s husband, Matt, claimed one of their neighbors suffered cracks to the foundation of their home as a result. 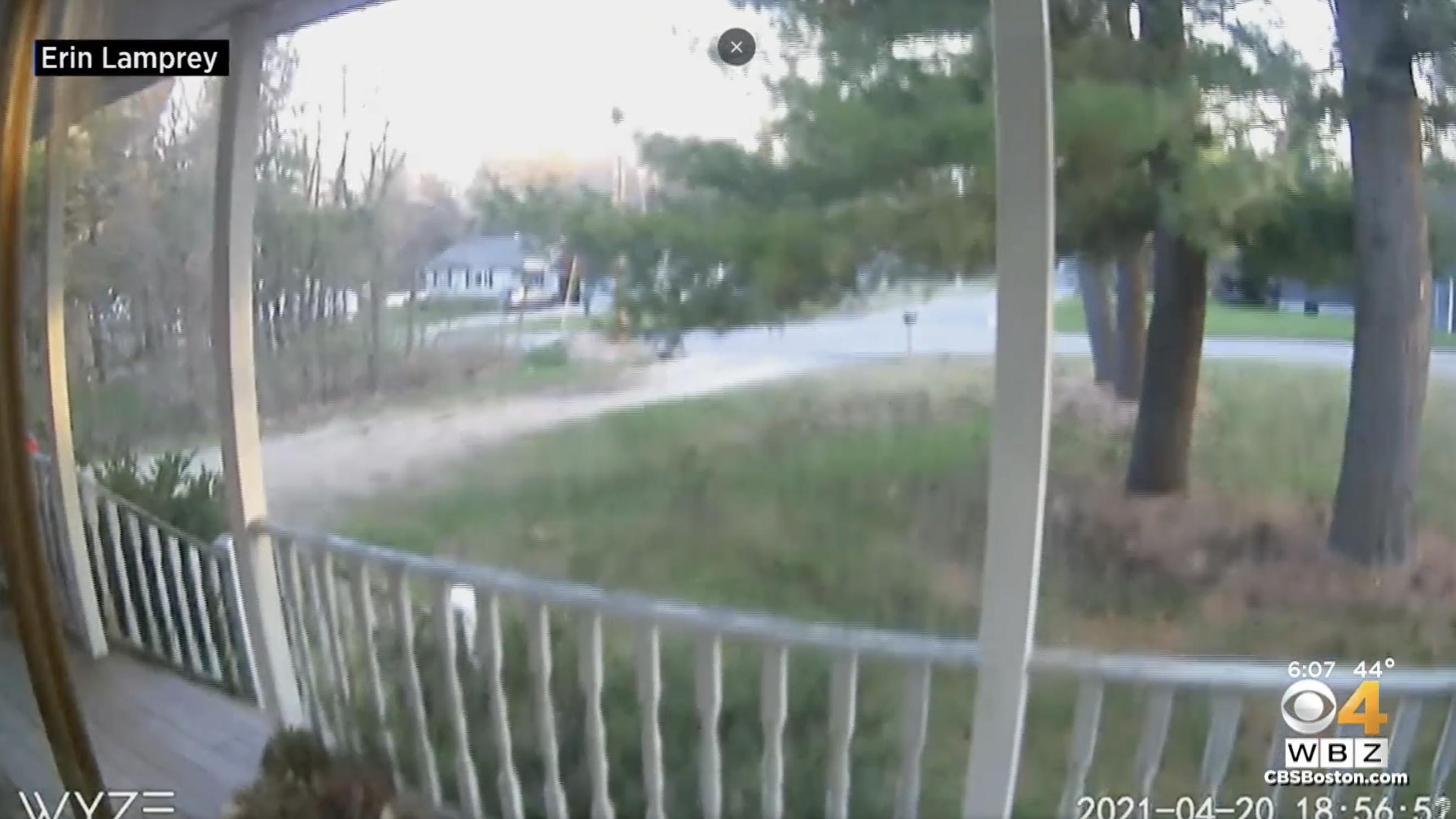 The gender reveal blast was so intense that it cracked one neighbor’s Kingston, New Hampshire home foundationCredit: WBZ 4 CBS Boston 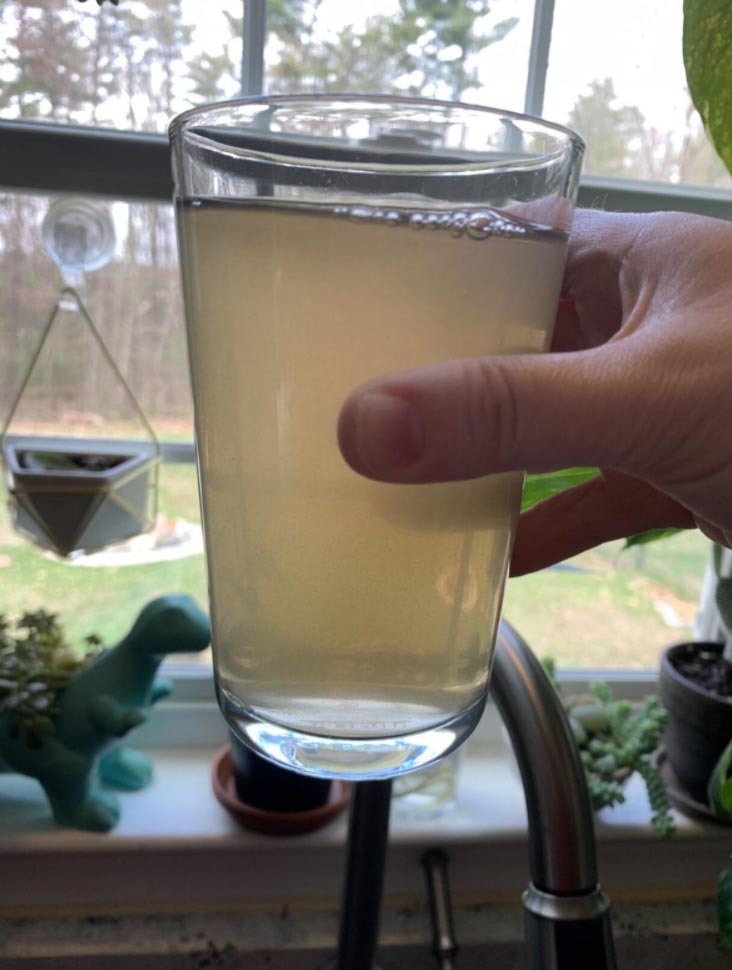 Kingston homeowners’ tap water turned a foul brown hue after the blast at the nearby quarryCredit: Maggie Jasmin

Kingston police were flooded with 911 calls and reports of the freak blowup.

When units reached the quarry, they found a mixer going on where parents-to-be were celebrating the gender of their future child.

They explained to the cops that they chose a quarry to launch big bangs, assuming it would be safe.

They later confirmed the source to be 80 pounds of over-the-counter Tannerite – an explosive bought in kit form and used for target practice with firearms, the cops told The Associated Press.

Torromeo Industries where expecting parents blew up the spot when they revealed the gender of their unborn childCredit: WBZ 4 CBS Boston 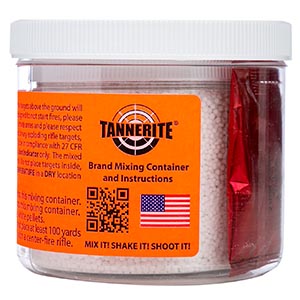 Consumer explosive used in firearms target practice that was allegedly bought by the dad to blow up during his gender reveal partyCredit: Tannerite.com

The unidentified future father, believed to be the one who bought the incendiary stuff, surrendered himself to authorities – who are still considering charges.

As yet, cops have not confirmed any reports of injuries.

But the effects of the explosion were marked.

Tap water had suddenly turned a brown hue and the suspicion is that the blast is to blame.

Maggie Jasmin learned firsthand the foul effects when she tried to drink a glass of water that looked like it carmelized.

She and her family are drinking bottled water out of caution.

“I’m hoping that in the next 24 to 48 hours it will settle and resolve itself. If not, we’ll probably be taking showers at my in-laws,” Jasmin told the New Hampshire Union-Leader.