A FUMING local claims a neighbour phoned police after they parked outside their home because a massive sinkhole had swallowed the road.

Around 50 residents in Stoke have been left competing for just five parking spots after the 4ft hole appeared three years ago.

One has now revealed a neighbour called the police after they were forced to park outside his home.

Amjad Hussain, 43, told Stoke Live: “It has caused a lot of problems for us. We just want it sorted so we can have access to our garages, access to the roads and get our parking spaces back.

“We have to park elsewhere and one neighbour even called the police saying someone shouldn’t be parked outside his house. It’s a nightmare.”

The sinkhole first appeared in August 2019 leaving locals unable to receive deliveries or sell their homes.

Emergency service vehicles are also unable to gain access and some residents reported sightings of rats running out of the sinkhole.

The council has now written to residents confirming they will start investigation work into the sinkhole this month.

But Amjad believes it is too little too late for those whose lives have been blighted by the issue for three years.

He said: “It’s been over three years now and they have just been blaming each other.

“It’s disgusting. At least we know something is being done about it now, but it’s just investigations, they’re not actually sorting it out. It’s just an investigation process.

“I don’t know what they have been doing for the last three years. They’re not completing the work or doing the work, it’s just an investigation after three years.”

‘WE WANT IT SORTED’

Kevin Zholl, who was unable to buy a car because the road is blocked off, also blasted the latest development.

He said: “It’s shocking that they’re only doing investigations now.

“During the pandemic, we couldn’t order our food delivery from the supermarket because they were complaining that it was really inconvenient for them to deliver here.

“I have worried about if there’s an emergency what would happen. I’ve contacted the council, but they say there’s nothing they can do.

“We just want it to be sorted.”

Robert Wilson, managing director for Redrow Midlands, said the company was aware of the “ongoing difficulties and frustrations”.

He said they will continue to meet with the council and Severn Trent Water to “participate in discussions to find a resolution”.

Severn Trent said they are “not responsible for the issues in the area” and said a survey concluded it was “highly unlikely” they caused the sinkhole.

A city council spokesman said: “We understand the situation is immensely frustrating for residents.

“Letters were sent to affected households in December, and again last week, to update them on the investigation works that will be carried out shortly. This will explore what is required to repair the road.” 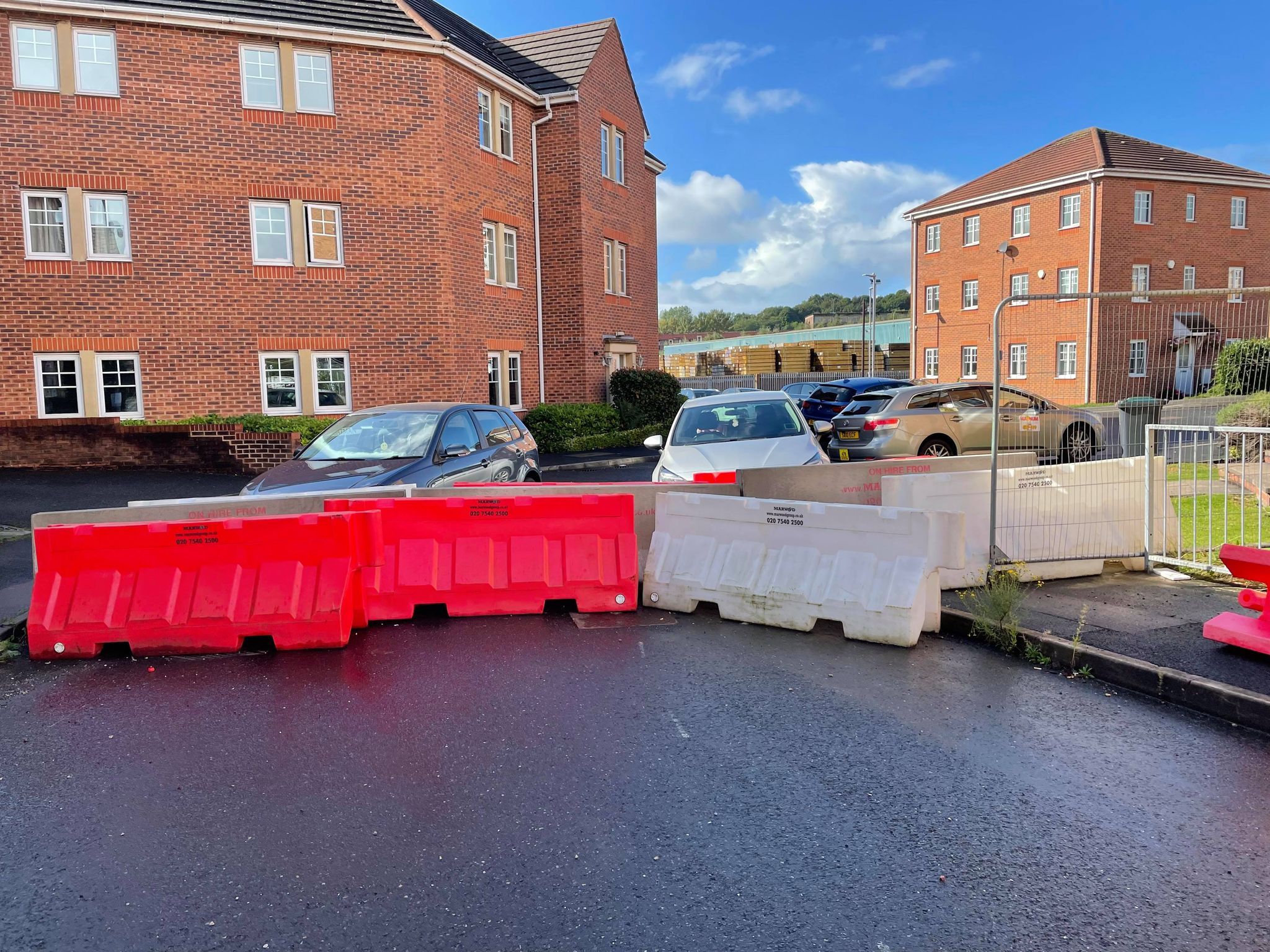 The sinkhole on Boatman Drive has blocked access to the estate in Etruria for over two yearsCredit: BPM