It won’t be news to hear that your parents are mostly baffled and bemused by their children. You seem to know more about technology, global politics and climate change than your folks did when they were spring chickens. In fact, you seem to know more than they do now. And there’s such a huge difference between your views that you often wonder if it’s worth taking a parental DNA test. Here’s just how big the generation gap is between you and your folks …

Apparently, a whopping 40% of generation Z said that they’d prioritise working wifi over a functioning bathroom. But if the bathroom’s out of order, where are you meant to do your scrolling?

According to a study that appears on Statista, people aged 50 to 64 spend twice the proportion of their average household income on hair and cosmetic products than those in their 20s do. It must be nice to be able to afford all the luxury stuff and have a lovely pension to rely on, hey? 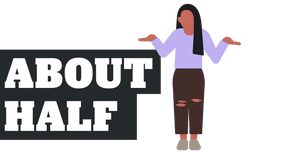 About half of the population of twentysomethings have jeans with purposeful rips in them. Not one single person over 50 has ever understood why. Annoyingly, 87% of people over 50 will always “cheekily” remind people in their 20s that there are holes in their jeans – 0% of twentysomethings will ever laugh.*

According to a study on Statista, fiftysomethings are 36% more likely to get bitten by a dog than twentysomethings.

The gender pay gap is actually way more prevalent among older workers, with those in their 50s averaging a 30% difference in pay, compared with a difference of 9% among 22- to 29-year-olds, according to a study that appears on Statista.

People between the ages of 50 and 64 spend a higher proportion of their average weekly household outlay on alcoholic drink, tobacco and narcotics than people in their 20s, according to a study that appears on Statista.

All 20-somethings truly want to know the reasoning behind things in order to be more educated about the world around us. This is not helped by 100% (yes, 100%) of parents answering any query of “why?” with a stern “because I said so”.*

According to the Office for National Statistics, people under 34 are more likely to identify as lesbian, gay or bisexual than people over 50. A great sign that youth are tolerant and accepting, so if anyone in their 50s did want to come out, they’d have a trusted ally in generation Z.

According to a 2018 analysis by Gallup, 56% of those aged over 55 care about climate change. What’s up with the other 44%? Happy swinging around your non-recyclable plastic for future generations to use to build their first homes atop piles and piles of landfill? Many thanks.

Apparently 77% of people aged 50 to 64 speak to neighbours at least once a month, according to a study on Statista. This compares with 62% of those under 34, who are probably too busy worrying about job prospects, financial ruin and the burning of the planet and everything on it to say a quick hello to Alex at number three.

Approximately 99.999% of time spent together between parents and children is used to slightly change stories and anecdotes to hide the real truth from both parties.*

*Correct at the time of looking out of the window and making this up.