AN OBESE monkey known as ‘Godzilla’ has been placed on a strict diet of dill, lettuce and live crickets as part of a fat camp after gorging on too much junk food.

The primate now tips the scales at 17.2kg, and staff are hopeful that he can regain his fitness with a regime of daily walks to get his weight down to 10kg before being released back into the wild. 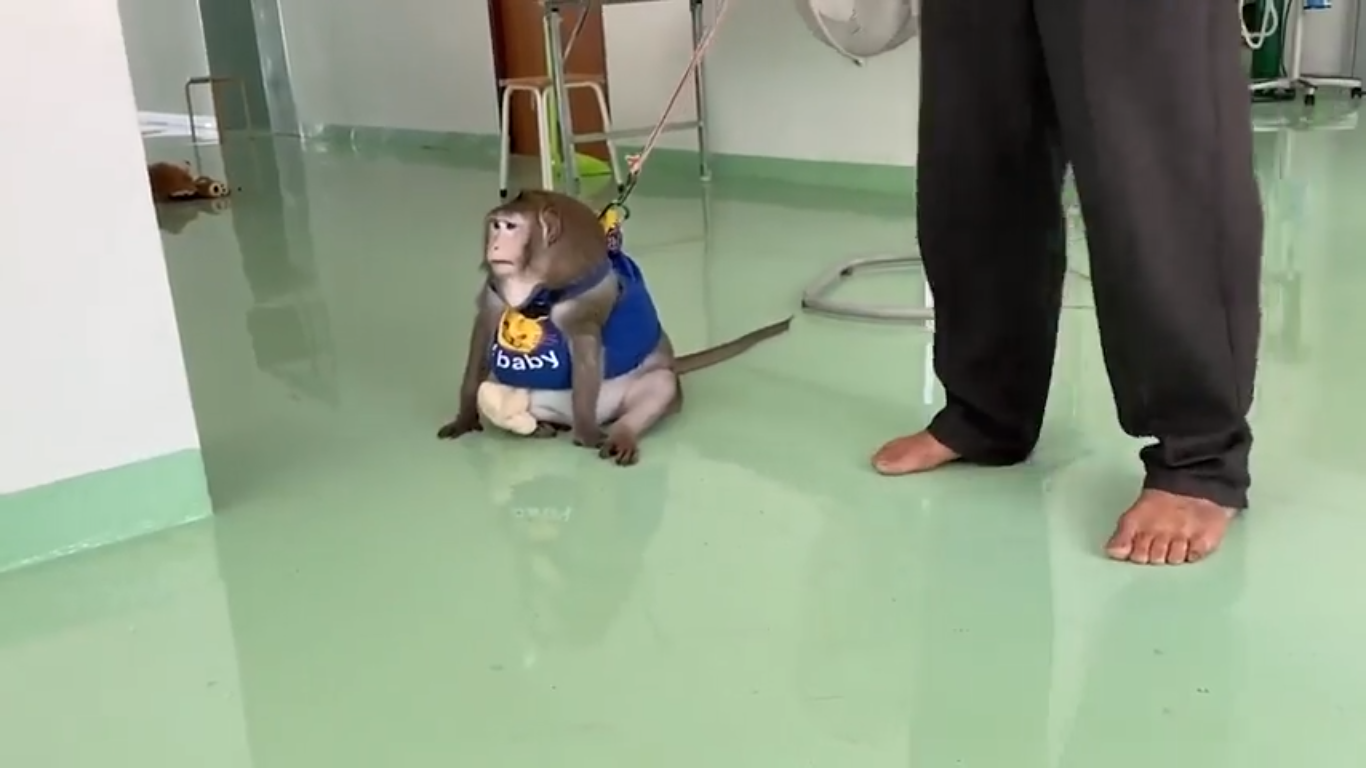 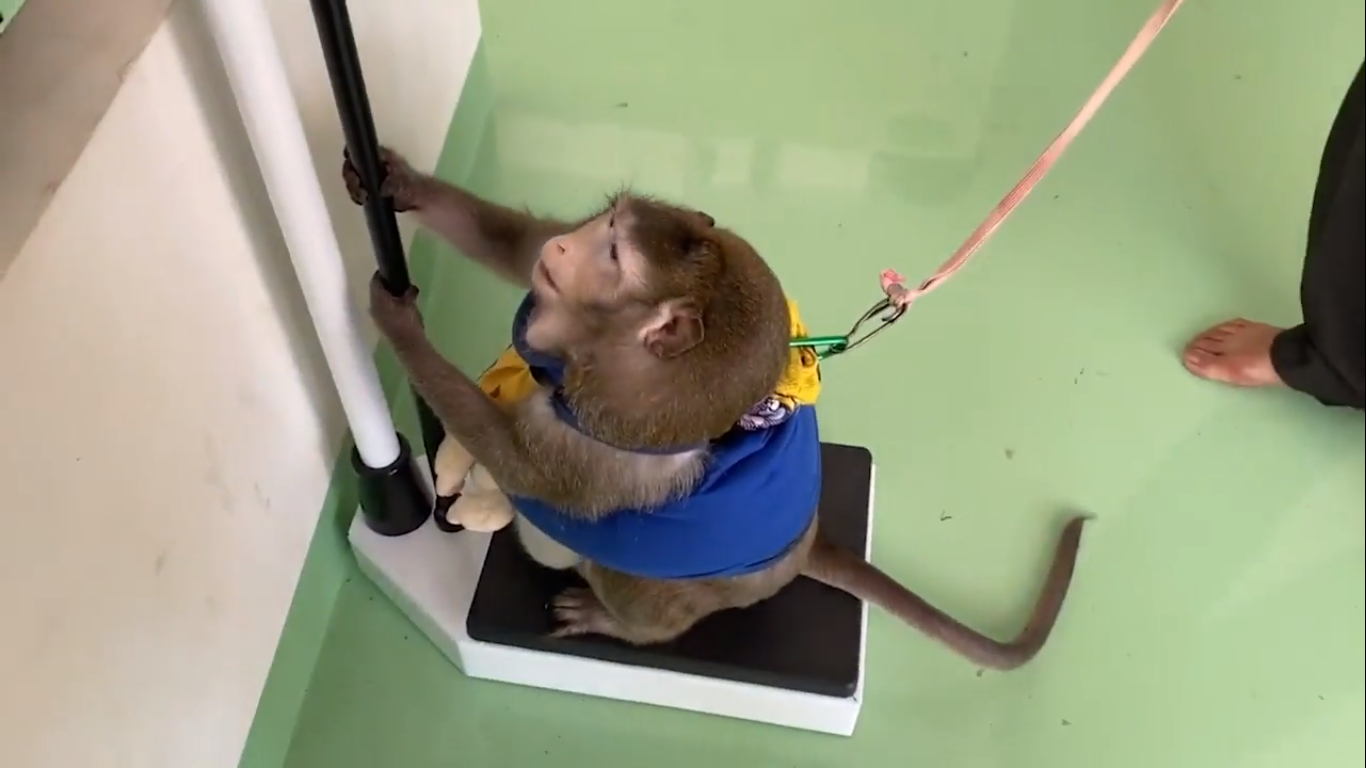 After gorging on too much junk food, the primate now tips the scales at 17.2kg 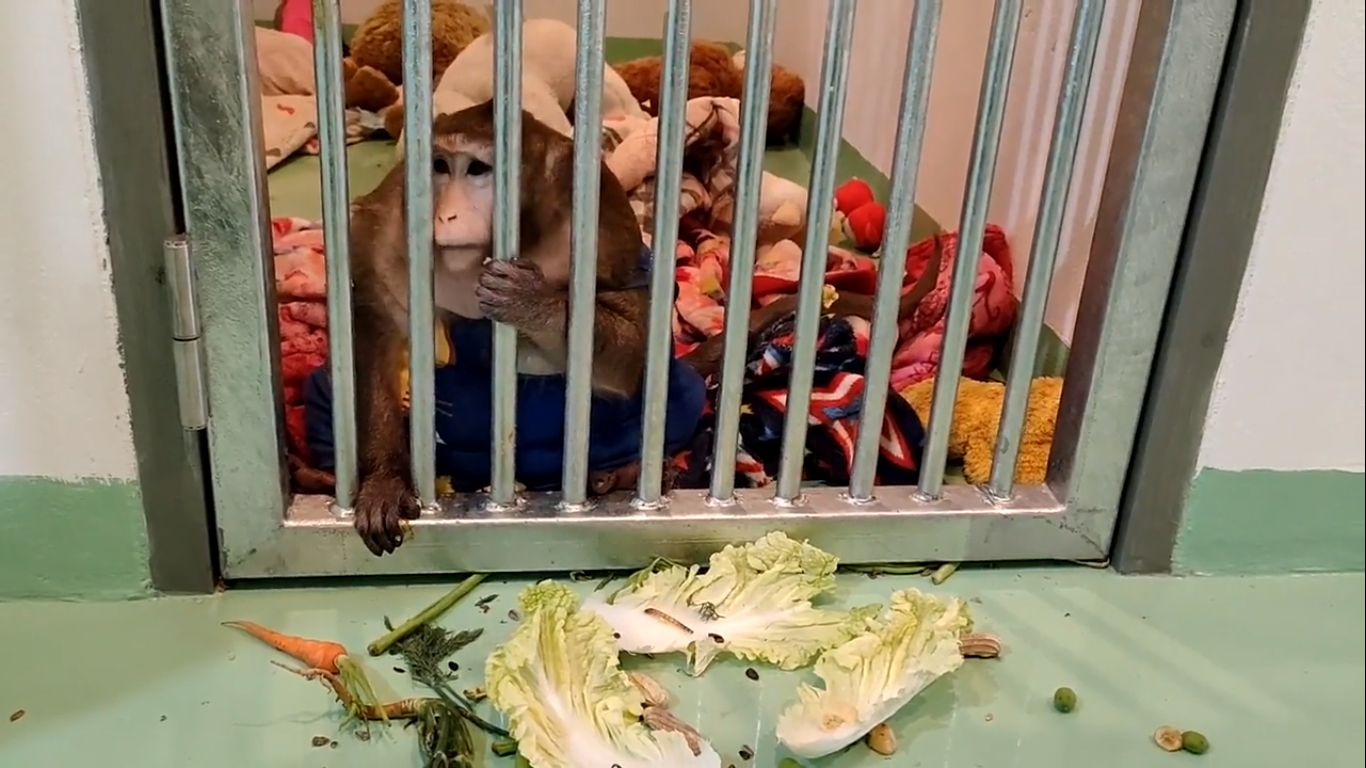 His diet now consists of dill, lettuce and live crickets as well as a mixture of worms, carrots, beans and seeds

‘Godzilla’ was transferred to the wildlife centre in Chachoengsao, central Thailand, on March 26, weighing 19kg and has lost almost 2kg since embarking on his new diet.

He has mostly been fed live crickets, which he chases around his pen, along with a mixture of dill, lettuce, worms, carrots, beans and seeds.

However, officers have said that the “spoiled” monkey is still aggressive and has attacked visitors who try to come near him.

Navee Changpirom, forest chief at Thailand’s Department of National Parks, said: “Godzilla’s weight still exceeds the normal standards of most common macaque monkeys, which is no more than 10kg.

“He also has behavioral problems, because he had too many toys from his previous owner.”

He also confirmed that if anyone tries to pick the toys up, the monkey will grab them back immediately. 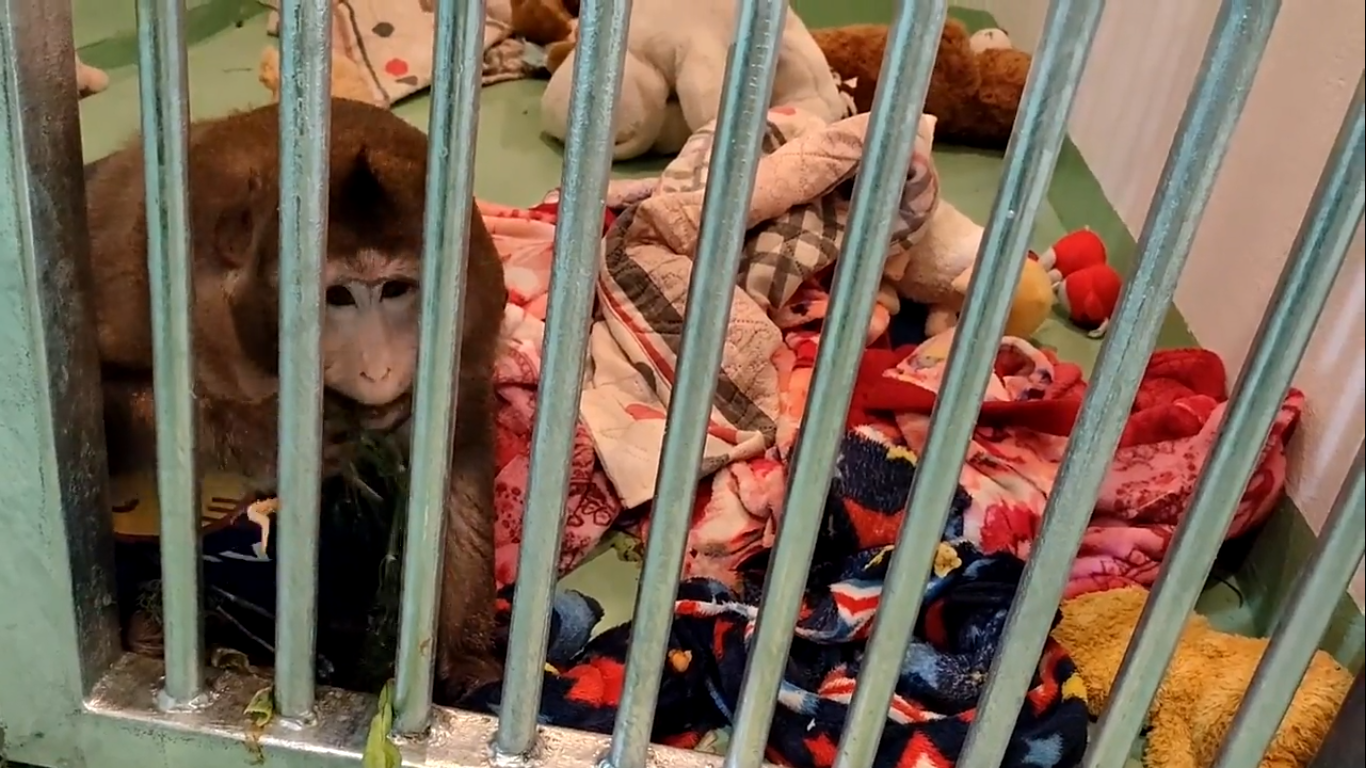 The monkey was rescued after a video emerged last month of the three-year-old obese primate chained up at a market in Bangkok, Thailand.

He had been living there for more than two years whilst being fed by passing shoppers.

“His owner fed the monkey so well that it became fat,” said wildlife chief Changpirom.

“He would led him snack all day while he ran his stall selling meatballs where passing shoppers would also stop and feed the monkey fruit, nuts, sweets and sugary drinks.” 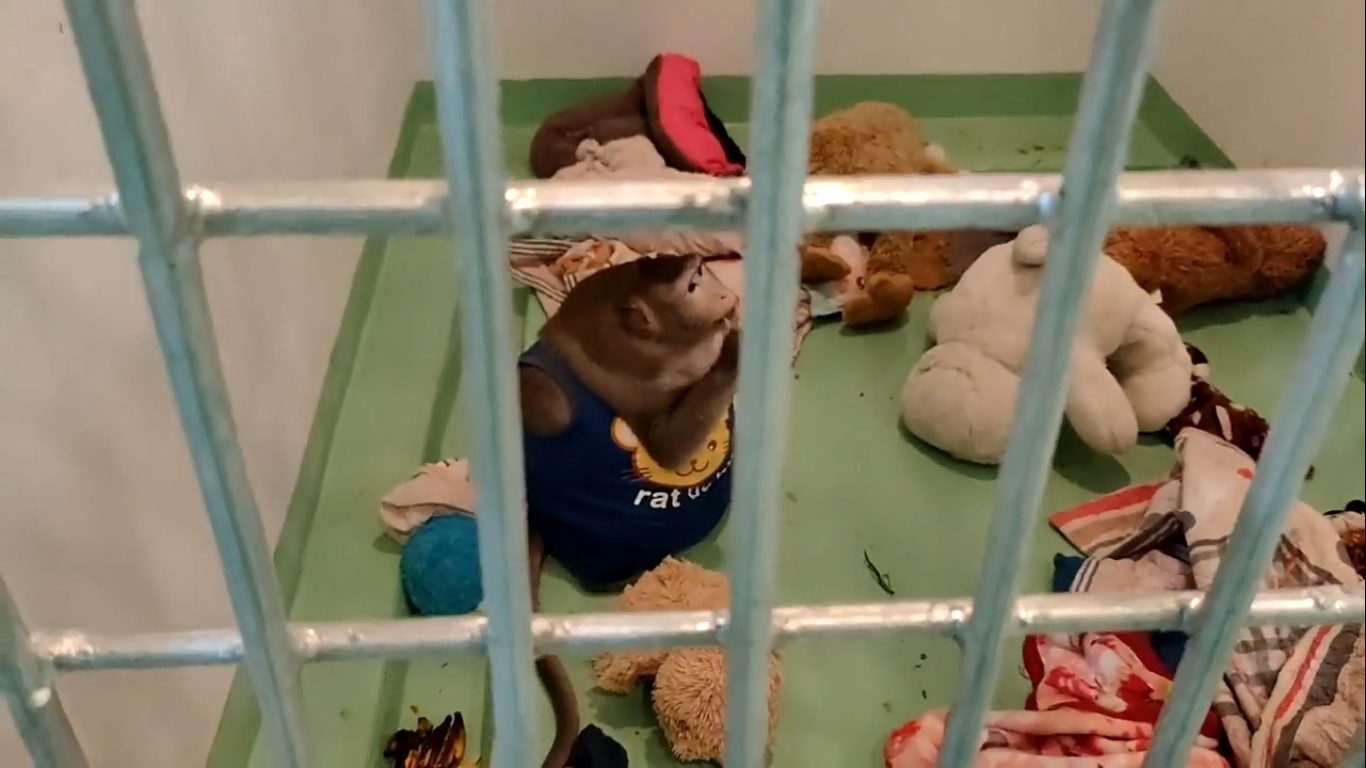 He was rescued from a market in Bangkok where passing shoppers would stop and feed him fruit, nuts, sweets and sugary drinks.

‘Godzilla’s’ former owner, Manop Emsan, will be allowed to visit him while he is being cared for, but the primate will ultimately have to be released into the wild where he can interact with other monkeys.

A devastated Manop said: “Godzilla is like a son to me. He’s part of the family.

“He won’t eat if he’s not with us, he becomes moody and sad.”

Following the discovery of the wild monkey, Changpirom reminded locals that people should never keep a wild monkey in their homes.

He said: “The correct step is to call the local Police and wait for officials to collect the animal and give proper care.”

Lego Star Wars: The Skywalker Saga delayed and we blame the dark side

What the numbers mean for you today Friday April 2