HUNDREDS of screaming passengers watched on in horror as a plane crashed in a ball of flames, killing all on board.

An engine failure sparked an explosion of the Nigerian military jet shortly after it took off from a runway in the capital Abuja on Sunday morning. 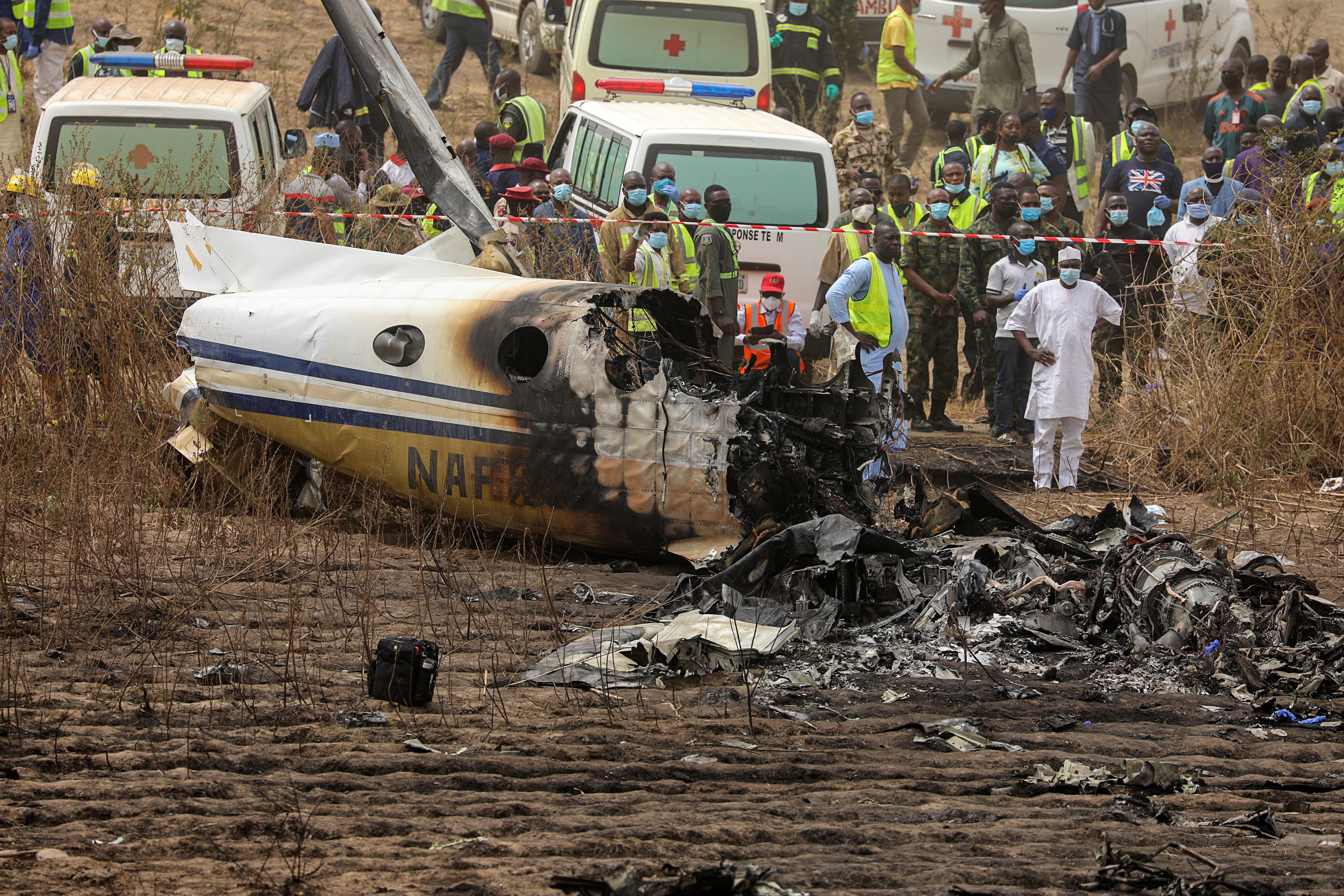 The plane crashed shortly after taking off from the Nigerian capital, AbujaCredit: Reuters 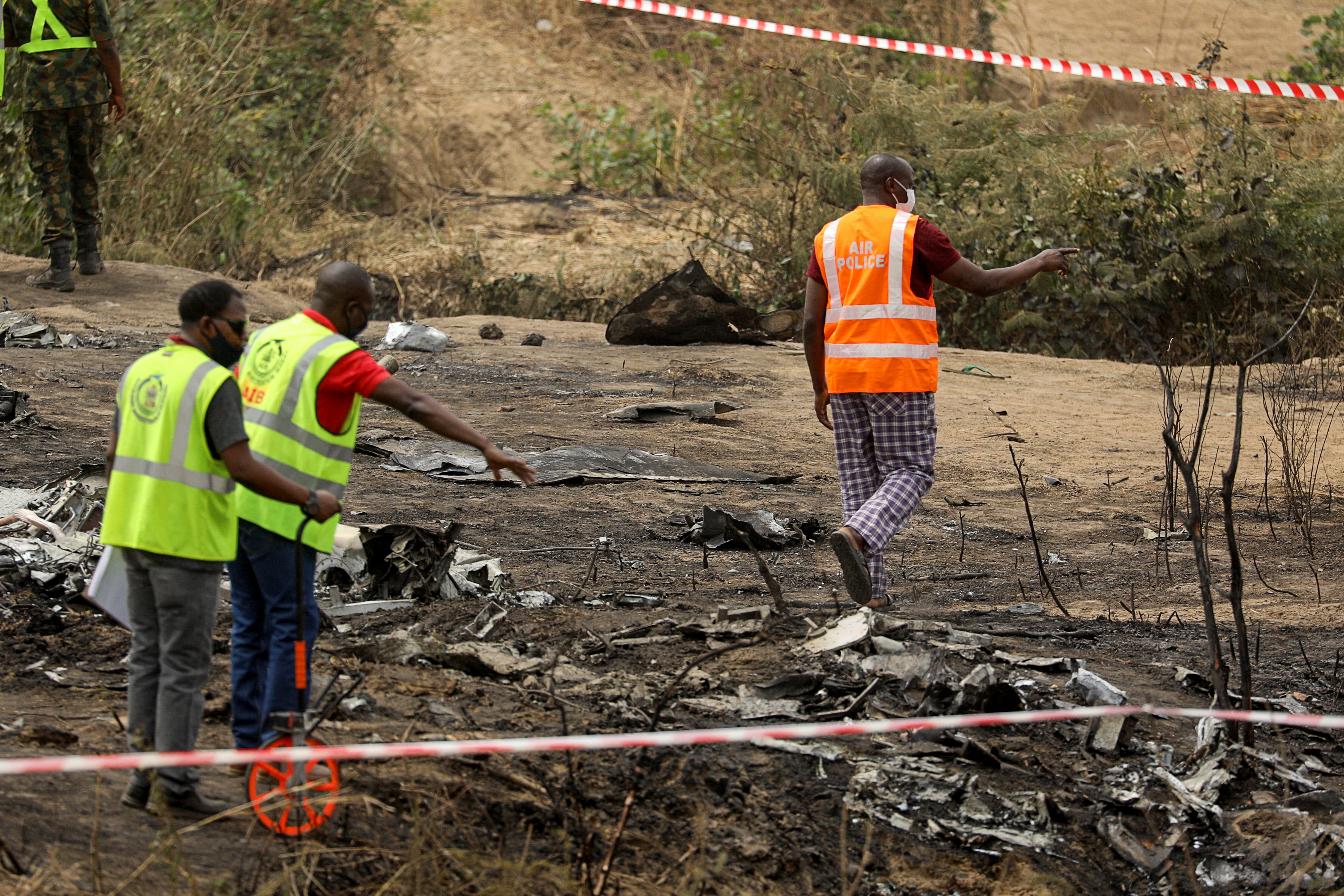 All seven people on board the plane – a Beechcraft King Air 350i – diedCredit: Reuters

The air force plane was going to Minna in an attempt to rescue 42 people who had been kidnapped, but was spotted attempting to turn back immediately after take off.

The aircraft – a Beechcraft King Air 350i – exploded before it was able to make an emergency landing – witnessed by hundreds watching on from the airport.

“Everybody there was screaming full of disbelief,” government employee Olugbenga Alaade, who has worked at the airport for nine years, said.

The aircraft “crashed while returning to the Abuja Airport after reporting engine failure”, he added.

“First responders are at the scene. Sadly, all seven personnel on board died in the crash.”

The chief of the air force has ordered an investigation into the accident, Daramole said. 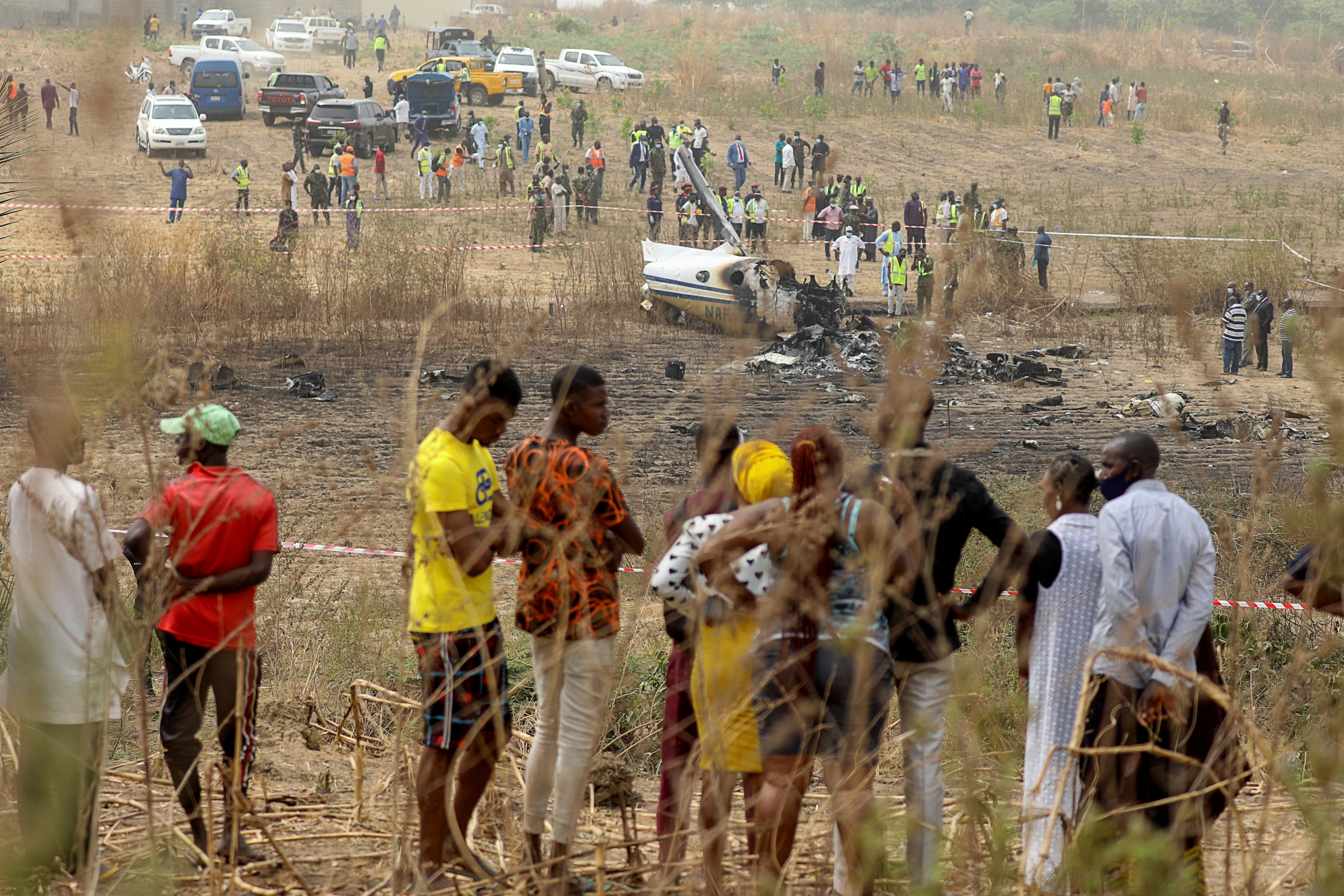 The passenger jet exploded before it was able to make an emergency landingCredit: Reuters 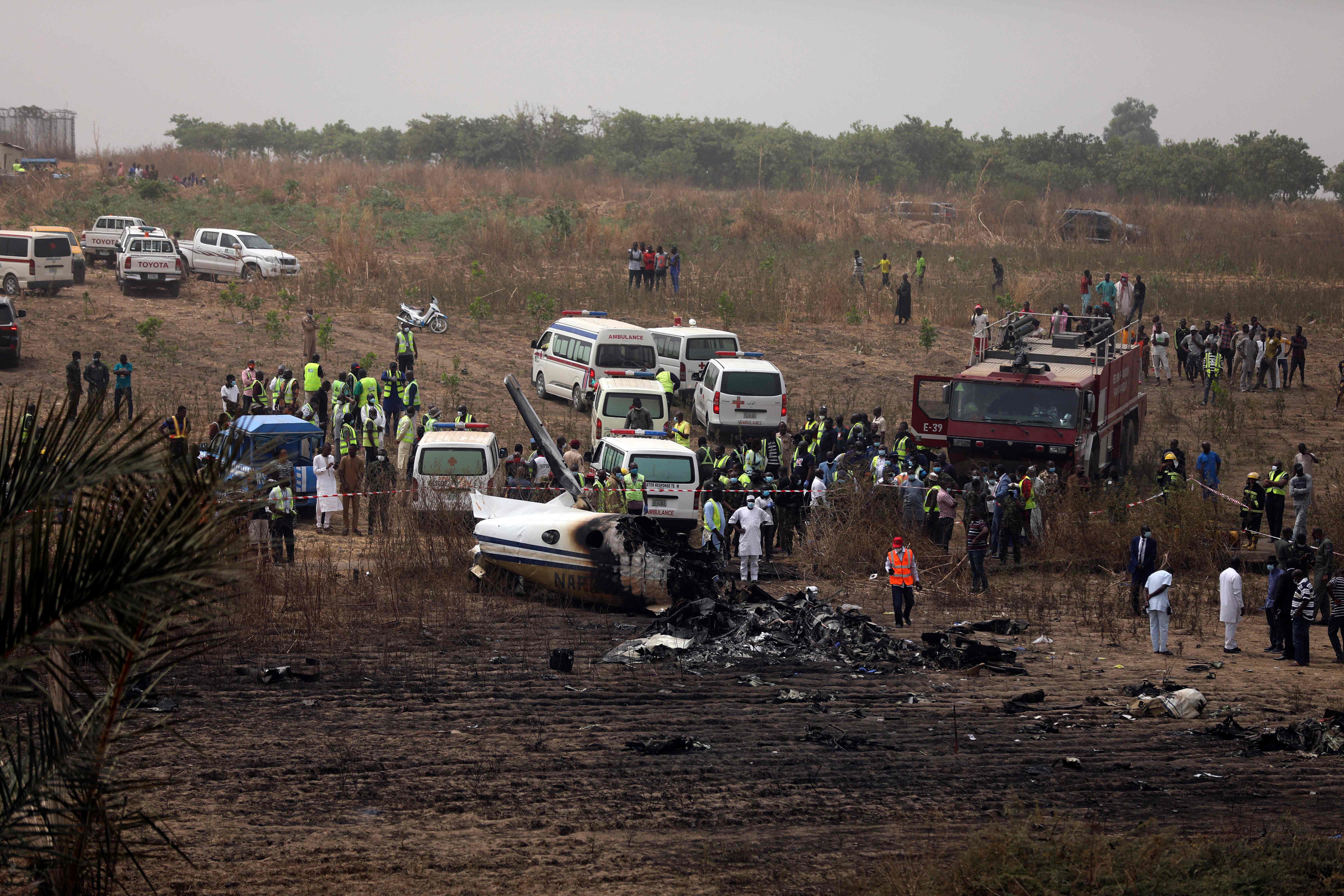 Officials looked through the burnt remains following the accidentCredit: AFP or licensors

President Muhammadu Buhari sent his condolences to the air force and families of the victims, saying he was “deeply saddened by the fatal crash”.

Heart-breaking pictures show military and airport officials picking through the burnt out remains of the aircraft, as fire engines and ambulances stood by.

The smell of burning chemicals lingered in the air as onlookers watched from behind a cordon.

Alaba Lawal said she witnessed the accident and saw the plane explode.

“As he (the plane’s pilot) was going down, he struggled to go back to the airport, at the end he just crashed,” she said

“I just saw the whole thing explode, fire and smoke together … When I got there I saw dead bodies on the ground.”

The identities of those killed in the crash have not been revealed by the air force.

The Beechcraft King Air 350i is a twin-propeller aircraft made by Textron Aviation, a unit of the U.S.-based Textron Inc conglomerate.

The model was first released around 2009.

The company said in a statement that it had been notified of the accident, which it said is being investigated by Nigeria’s Aircraft Investigation Bureau and the U.S. National Transportation Safety Board.

It comes after a United Airlines plane issued a mayday call after its engine exploded over Denver before miraculously landing with no injuries.

Residents of several Denver suburbs below watched in horror as huge pieces of the engine casing and chunks of fiberglass rained down on sports fields and their lawns.

The explosion, visible from the ground, left a trail of black smoke in the sky, and tiny pieces of insulation and ash filled air.

Video footage shows the Boeing 777’s engine glowing as flames lick the aircraft and parts drop onto homes in Colorado.

The plane landed safely at Denver International Airport, and no one was hurt, authorities said. 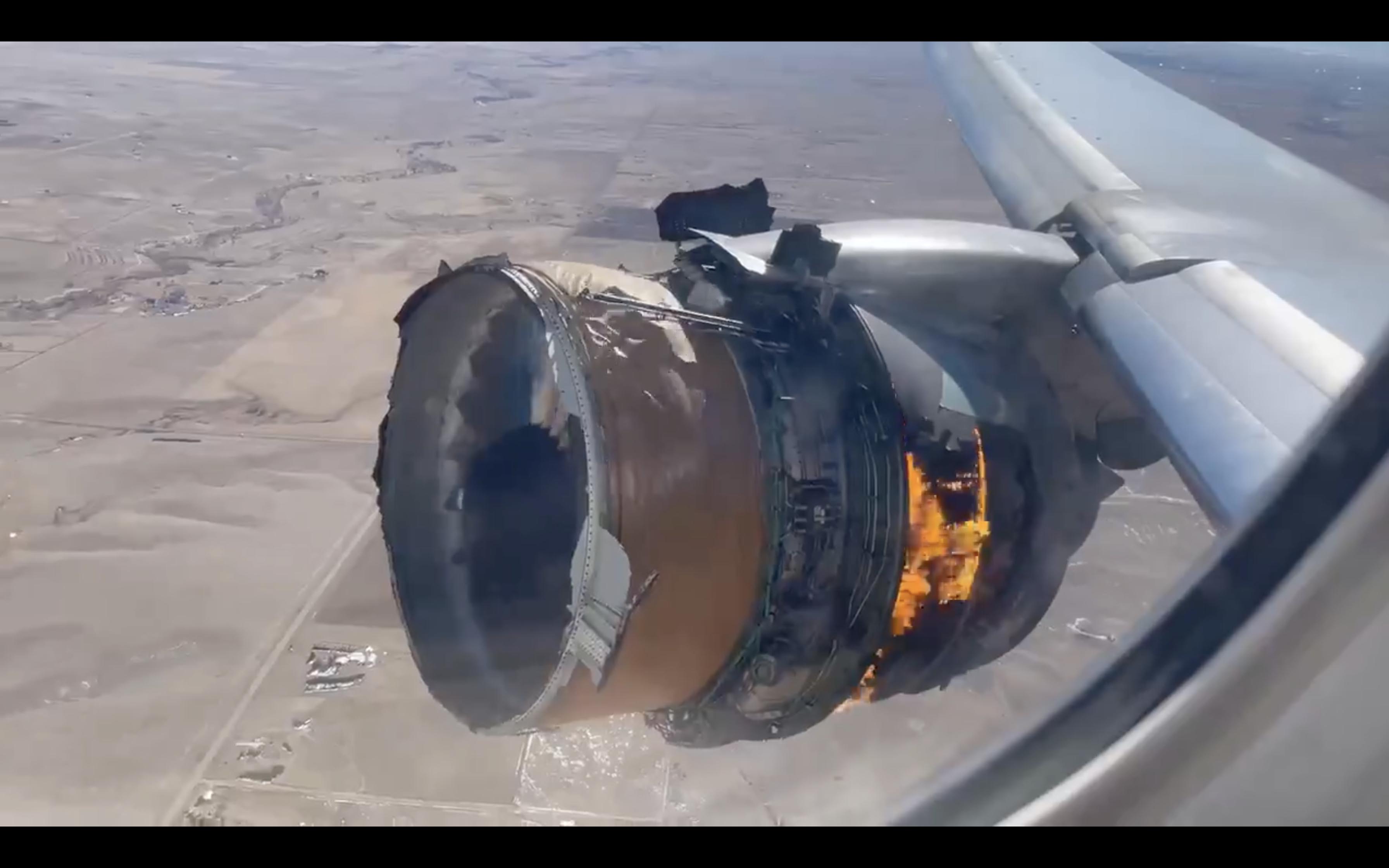 Flames could be seen around the engine of the AU planeCredit: Universal News & Sport 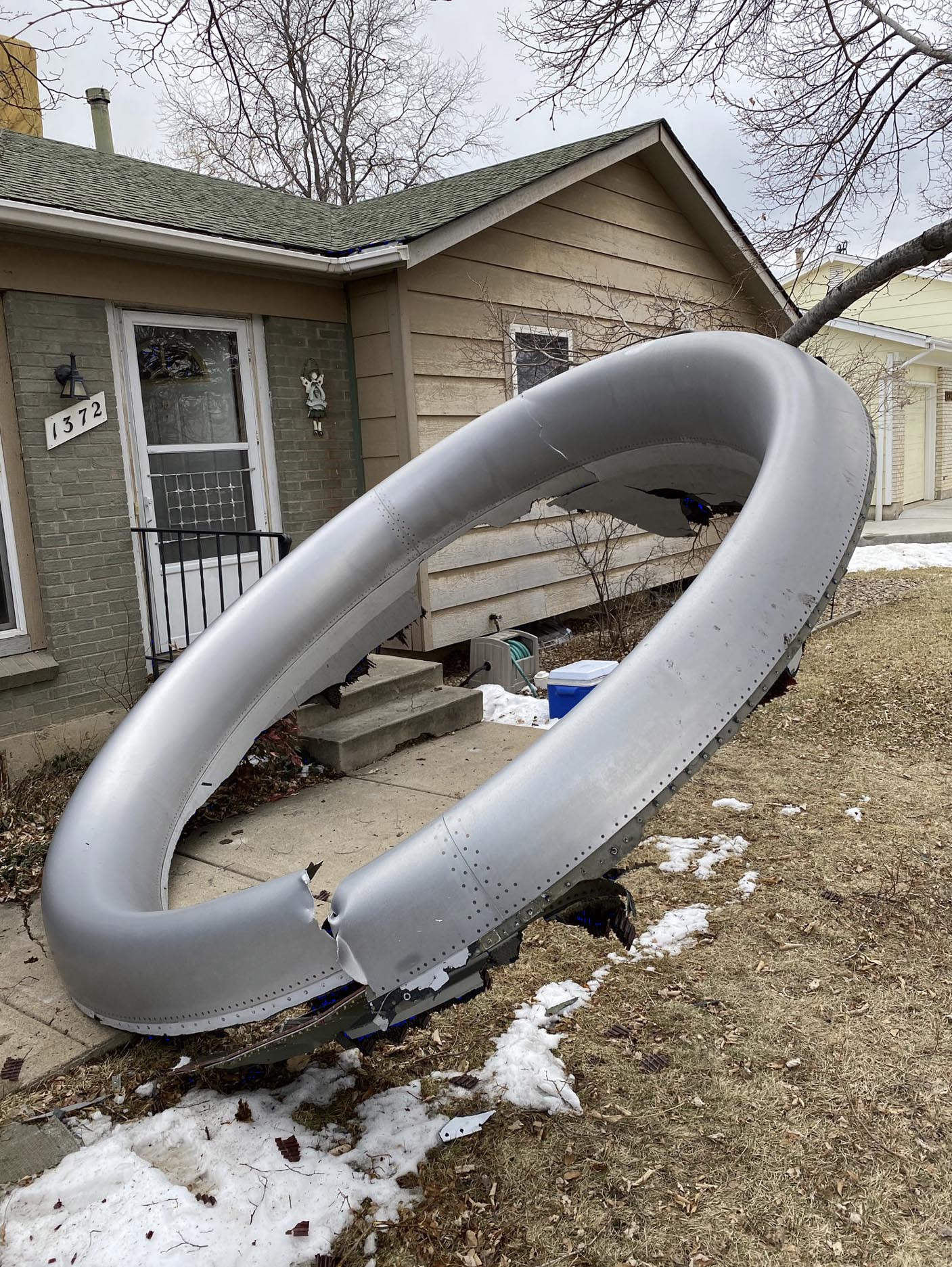