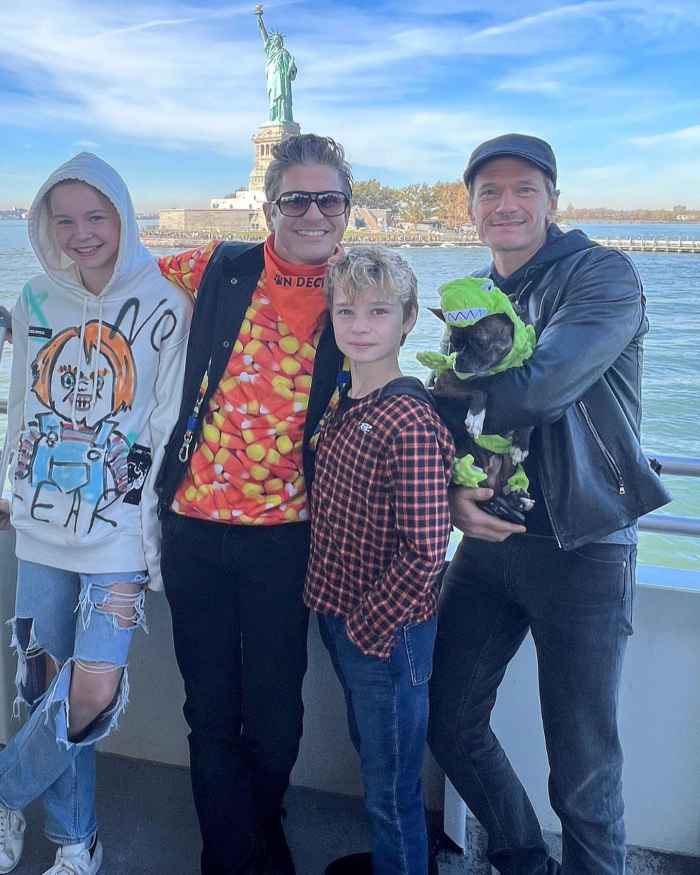 Mmm-mmm, good! Neil Patrick Harris and David Burtka outdid themselves when it comes to their 2022 Halloween family costumes — and left fans hungry for more.

The How I Met Your Mother alum, 49, channeled his inner Ronald McDonald in the Halloween snap. The chef, meanwhile, took a snooze on the couch beside him while dressed up as the Burger King.

The couple’s 12-year-old twins Harper and Gideon also paid homage to some of the nation’s biggest fast food chains with their costumes. Harper traded in her usual blonde locks for red pigtails as she portrayed the Wendy’s figurehead. Gideon, meanwhile, rocked grey hair and a white suit to become Kentucky Fried Chicken’s Colonel Sanders.

“Happy Halloween from the BOOrtka-Harris Family,” Harris captioned the same photo, which featured remnants of the fast food all over their floor as the family chowed down on their respective treats.

Burtka, meanwhile, gave fans a glimpse at how much work went into this year’s iconic costumes.

The culinary guru showed a behind-the-scenes glimpse at his makeup while wearing a gold crown and giant medallion reminiscent of Burger King’s famed spokesperson. Harris did his own clown face, nailing Ronald McDonald’s memorable red smile.

Harper and Gideon broke character in several of the snaps as they prepared to take their annual group picture.

Harris and Burkta tied the knot in September 2014 after 10 years together. They welcomed their twins in October 2010 via surrogate.

Following the addition of Harper and Gideon, the family of four have committed to group Halloween costumes that often leave fans in awe.

Over the years, their squad ensembles have included characters from Peter Pan, Wizard of Oz, Alice in Wonderland, Star Wars and Charlie and the Chocolate Factory.

In 2021, the Burtka-Harris crew paid tribute to some of the scariest horror film villains. The Doogie Howser, M.D. alum channeled his inner Patrick Bateman from Psycho while the Michigan native carried an axe as part of his Jack Torrance from The Shining costume.

Harper, meanwhile, went all out with her Exorcist look and her brother was equally as spooky as Chucky.