IT all began with the ­discovery of a mystery key.

Teenager Shirley Hitchings had started that day like any other. She had washed and dressed before making her bed and going downstairs for breakfast. 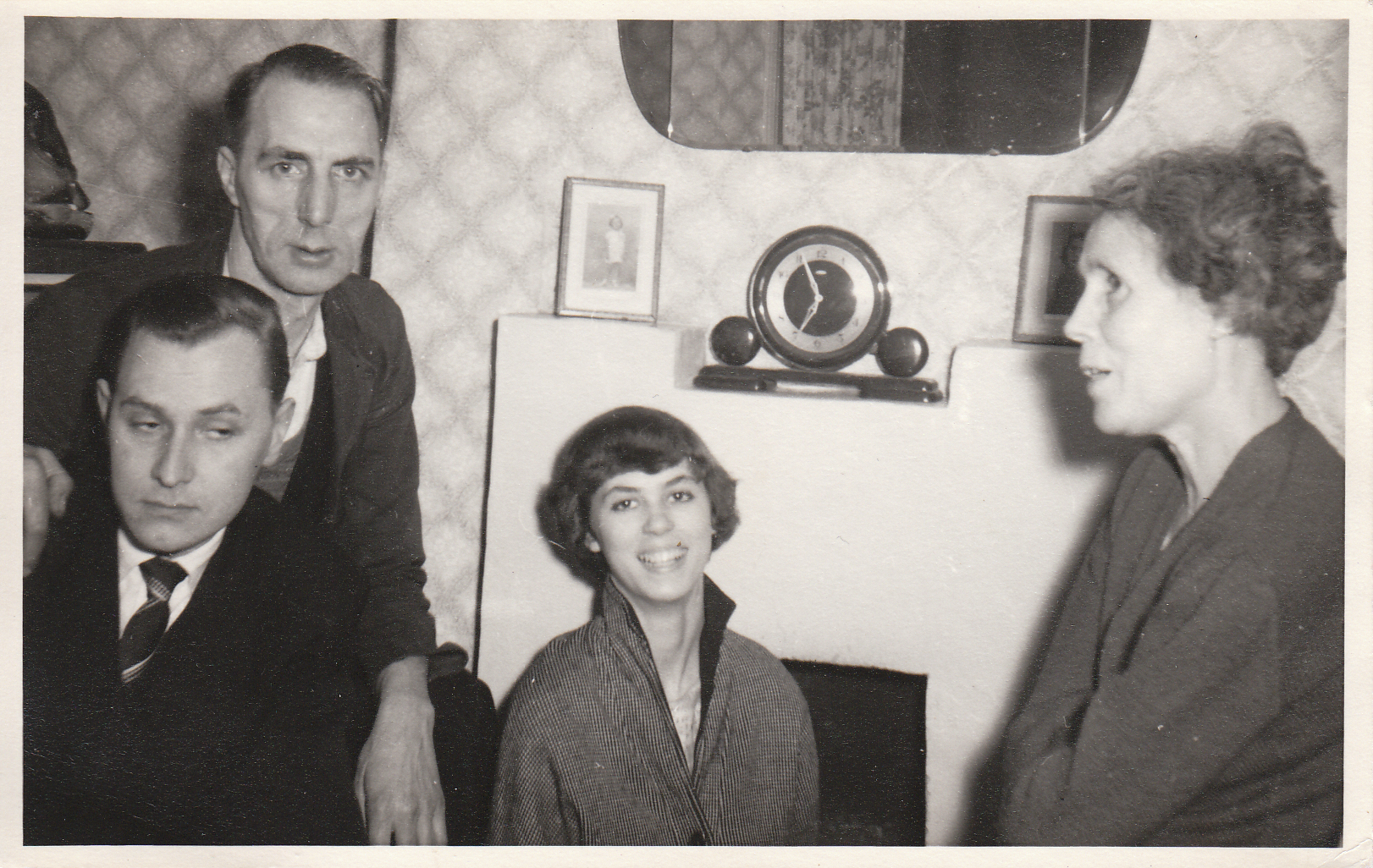 But when she returned to her bedroom at her home in Battersea, South London, she found the ornate silver key ­resting on her pillow.

None of her family recognised it, nor did it fit any lock in the house.

So it was left on a table, its significance only ­realised later . . .

Speaking to The Sun, Shirley, now 80, says: “It was that night that we had our first experience.”

The family were woken by a loud banging that appeared to be coming from the ceiling and walls.

From then on, there were more strange happenings which appeared to focus on Shirley, then 15. 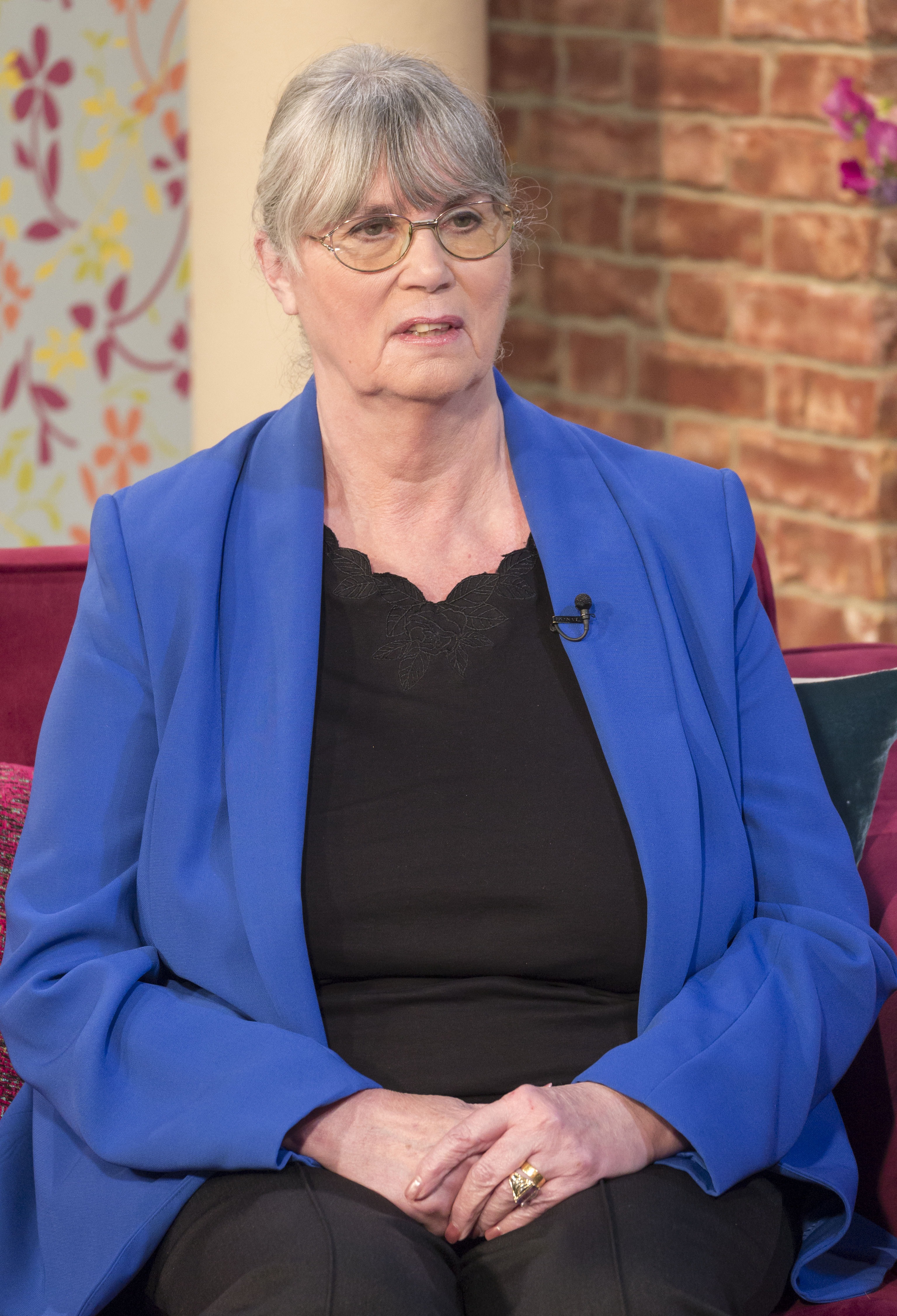 Objects would fly around rooms, fires broke out spontaneously and written messages were left around the home.

For more than a decade, Shirley and her family appeared to be plagued by a poltergeist, nicknamed Donald, in what became one of Britain’s longest and most terrifying accounts of a haunting.

Now a new Radio 4 drama-documentary podcast, The Battersea Poltergeist, is reinvestigating the seemingly paranormal events that took place at 63 Wycliffe Road from 1956 to 1968 in a bid to finally unlock the 65-year-old mystery.

It is the first time in decades that Shirley has spoken publicly about her experiences.

The great-grandmother, who now lives in Waterlooville, Hants, says: “It was forgotten on purpose because when Donald left, I was coming up for 21 and I just wanted to get on with my life.

“It took my teenage years and I hated what happened.

“So much was written about it at the time. I would like to say what really happened — although I am nervous it might bring Donald back.”

It was around midnight one evening in January 1956 when Shirley, her parents Wally and Kitty, brother John and gran Ethel, who lived at the top of the house, were woken by the loud banging noise.

She says: “I lived through the Blitz and I remember the bombs dropping, it was the same level of noise.

“The sound was coming from the roots of the house.”

Neighbours came round to ask what was going on but the family were baffled about the cause. With no better ideas as to what to do, Shirley’s dad Wally rang the police.

But by the time an officer visited the next morning, the noises had stopped, and when Wally told him what happened, he was dismissive. 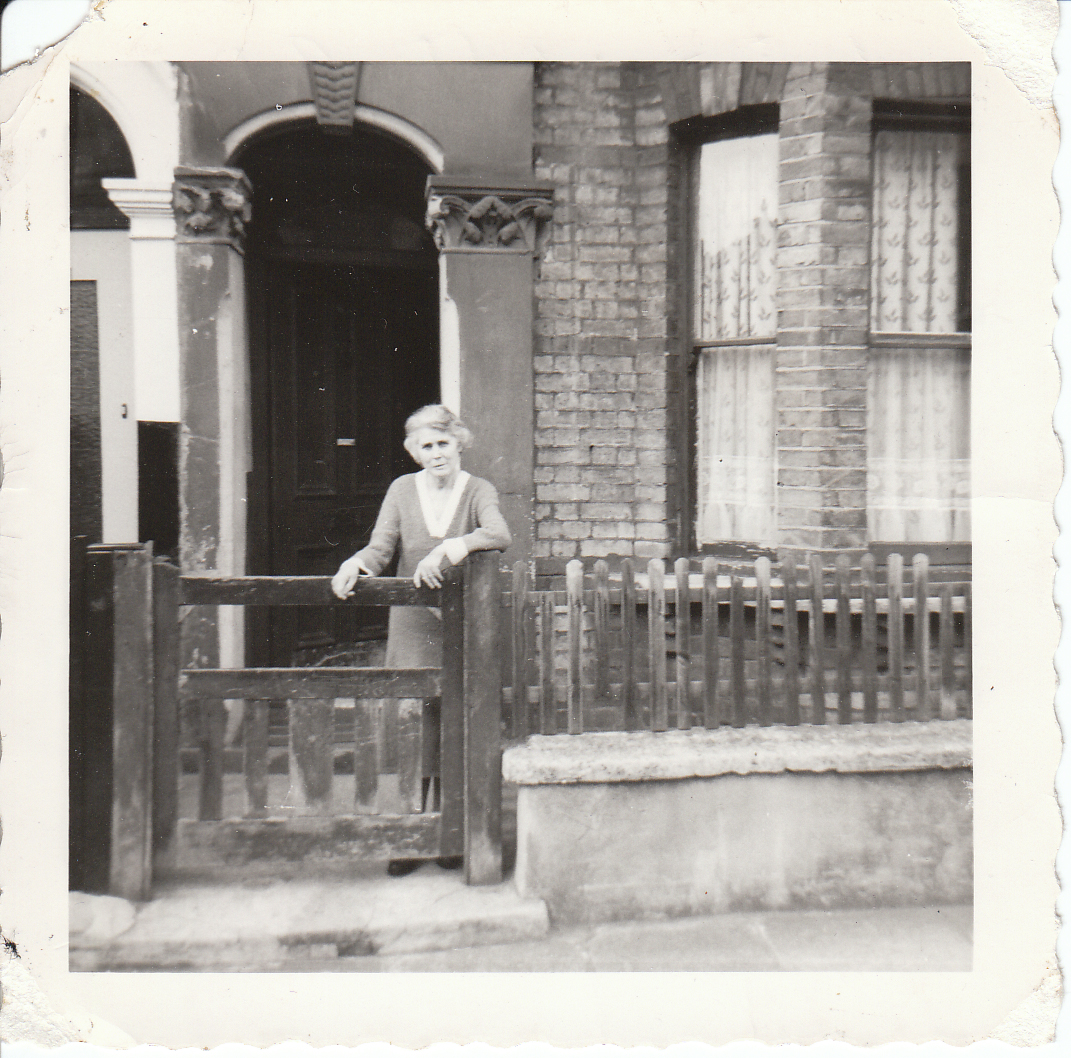 Shirley recalls: “He laughed and said, ‘I think you’ve had too much cocoa’, and that was it, he was off.”

But the noises continued every night, followed by tapping sounds that seemed to follow Shirley round the house.

Objects would mysteriously move. A clock fell from a shelf, a chair flew through the air, slippers moved around the room as if by magic.

A pile of tea towels were set alight and on one night Shirley was thrown out of her bed, the covers ripped off.

She says: “I heard scratching coming from my headboard. It was horrendous. I’d say, ‘Daddy, Daddy, make it stop’. I didn’t know what was happening to me.

“But everybody was pointing the finger at me. I knew I was not doing this. I’d always been brought up to be honest and never lie. 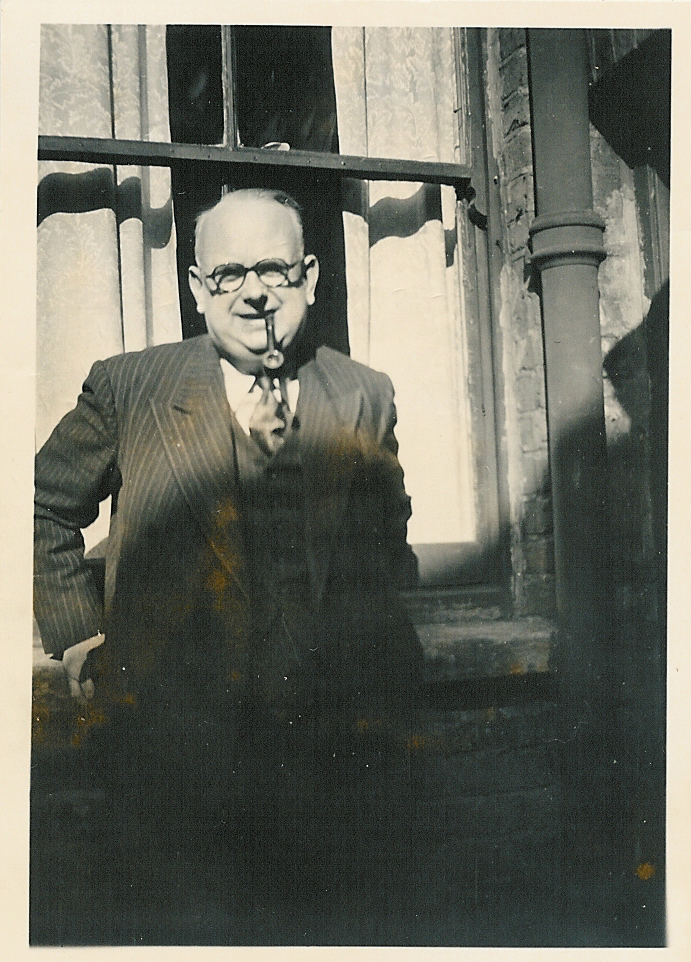 Ghost hunter Harold Chibbett offered his help to the family 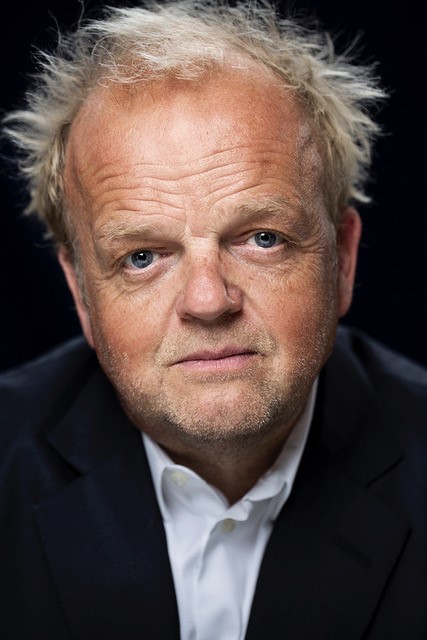 “Dad asked me at one point if it was me and I told him no. He said, ‘That’s good enough for me’.” Word of the strange events soon spread and Shirley became front-page news, with Donald described as her ghostly lover.

She says: “I was 15 and had never had a boyfriend. It was embarrassing.”

Meanwhile her gran Ethel was convinced Donald was the Devil.

Shirley recalls: “She threw holy water over me and held up a big ornamental cross. Donald went berserk. The crucifix went flying across the room and her curtains were left in shreds, as if someone had got a knife to them.”

In desperation, Tube driver Wally confided in a work colleague about what was going on.

Shirley says: “His wife was a medium and he promised Dad he could get rid of Donald. I spent five days at their house. They put their hands on my head and were talking in strange voices. The whole thing was weird. I didn’t like it and asked to go home.”

The ghost supposedly wrote ‘Shirley, I come’ on the walls of the house

Not only did the so-called exorcism not work, but Shirley and her dad were then taken in for questioning by the police, who had received a report that the Devil was being summoned.

Shirley recalls: “Dad was in one room, I was in another. They were firing questions at us. They really made us feel guilty.”

And, in a bizarre turn of events, the issue was even debated in the House of Commons after their local MP demanded an apology from the police on their behalf.

But the then Home Secretary, Gwilym Lloyd George, was not sure if one was warranted, insisting: “Black magic is an offence at common law.”

After reading the newspaper reports, ghost hunter Harold Chibbett — played by Toby Jones in the podcast — turned up to the family home to offer his services. Shirley recalls: “He said if Dad gave him five minutes, he could explain everything. He ended up staying for three hours.”

First World War veteran Harold, a tax inspector by day and paranormal investigator by night, told the family he believed Donald was a poltergeist, a troubled spirit that haunts a particular person and causing physical disturbances.

Shirley recalls: “He said, ‘It starts with young girls like you, Shirley’.”
Some believers in the paranormal say that this sort of activity is triggered most by youngsters going through puberty, because they give off the purest life energy, which is what feeds poltergeists.

Shirley says Mr Chibb, as she came to call him, took to staying most nights in their kitchen before going off to work the next day.

He tried to communicate with Donald using cards with the letters of the alphabet on. She says: “Mr Chibb would lay them out but Donald would throw them about. He’d say, ‘I’m not giving up until we get through to it’. And he did in the end. I think he tamed him.”

Chibbett supposedly persuaded Donald to write with a pen.
Shirley says: “Three weeks later we got our first reply. He wrote, ‘Shirley, I come’ in a childlike scrawl. It sent a shiver right down my spine.”

When Donald complained he couldn’t use this “writing stick” and demanded a quill instead, it was assumed he must come from a long time in the past.

The spectre went on to make bold claims about his identity, which are revealed in the podcast. 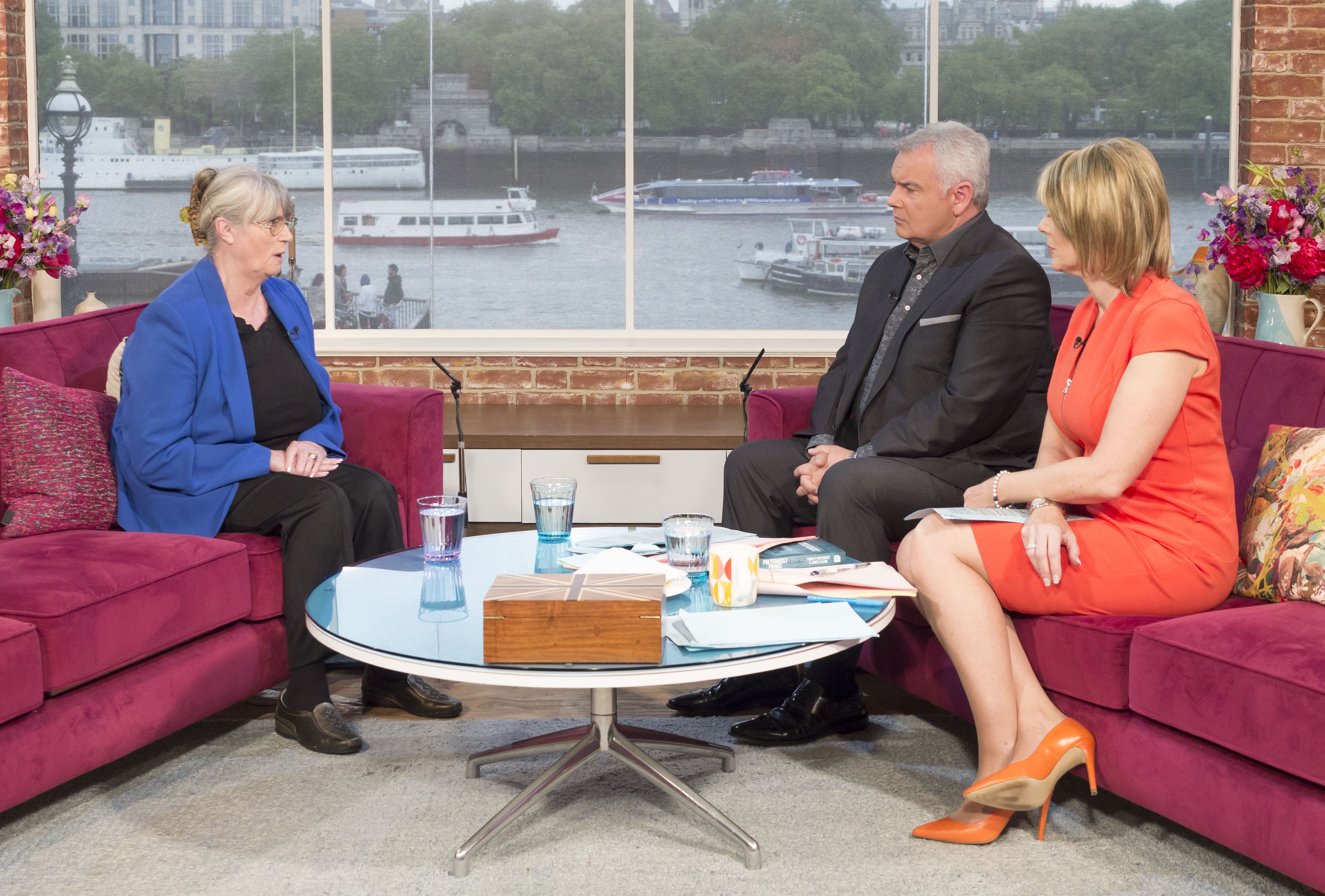 Shirley says Donald became more menacing over the years. She adds: “He was like a bully, making demands, telling people to do this or that.

“He got all my old dolls that were kept in a trunk in the attic and brought them downstairs. He’d cut off all their heads and rip off bits of my clothes before leaving notes telling me to make them dresses out of the material.

“If anyone made him angry he would write ‘Punish’ on a piece of paper and you knew you were in for it that night.”

Shirley was unable to get a job and says she lost all her friends because of Donald — who even scared away boyfriends.

She recalls: “One, a typical Battersea boy was being cocky with Donald, shouting, ‘Come on, bring it on, do your worst’.

“Then suddenly a bowl of nuts flew right over his head. I never saw him again.”

Over the years the family got used to Donald and Shirley even says: “He was accepted as one of the family.

“He’d tap along to TV theme tunes. I grew to see him as an annoying little brother.” 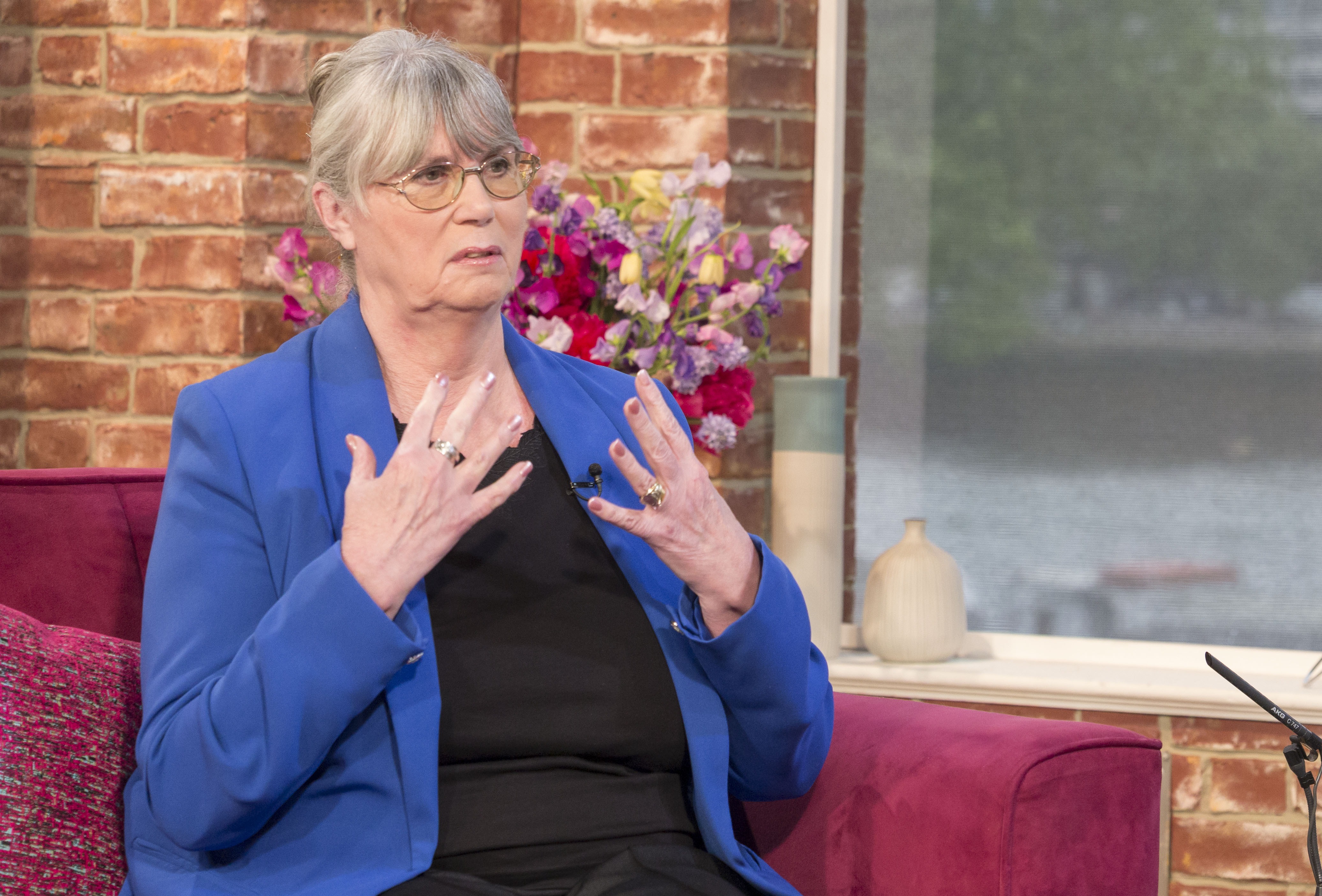 Shirley did finally find love, and in 1965 she and husband Derek, now 77, moved to Bognor Regis in West Sussex, where they had a son, David, now 54, and daughter Karen, 52 — and Donald followed them.

Shirley says: “He’d leave messages telling me what my parents were doing and tell them what Derek and I were doing in great detail. He would snitch on us.”

Then, in 1968, Donald fell silent. He left a final message with her parents, saying he would leave the family in peace and “goodbye”.

Such was the huge part Donald played in the family’s lives that her mum went into mourning.

Shirley says: “She wore black and wouldn’t stop crying. Dad didn’t know what to do with her.”

But Shirley felt only relief and says: “The day it ended my dad and I danced around the room.”

And as for the mysterious key, it was never found again.

Shirley says: “It disappeared and has never been seen since.”