A LITTLE boy with cysts the size of a grapefruit on his face has defied the odds to take his first steps – despite the weight of his head making it hard for him to walk and balance.

Alex Grabowski was born in January 2017 with cystic hygroma – a collection fluid-filled sacs known as cysts – on his face and in his airways and the tot has faced eight operations to reduce the growths – each taking a mammoth eight hours. 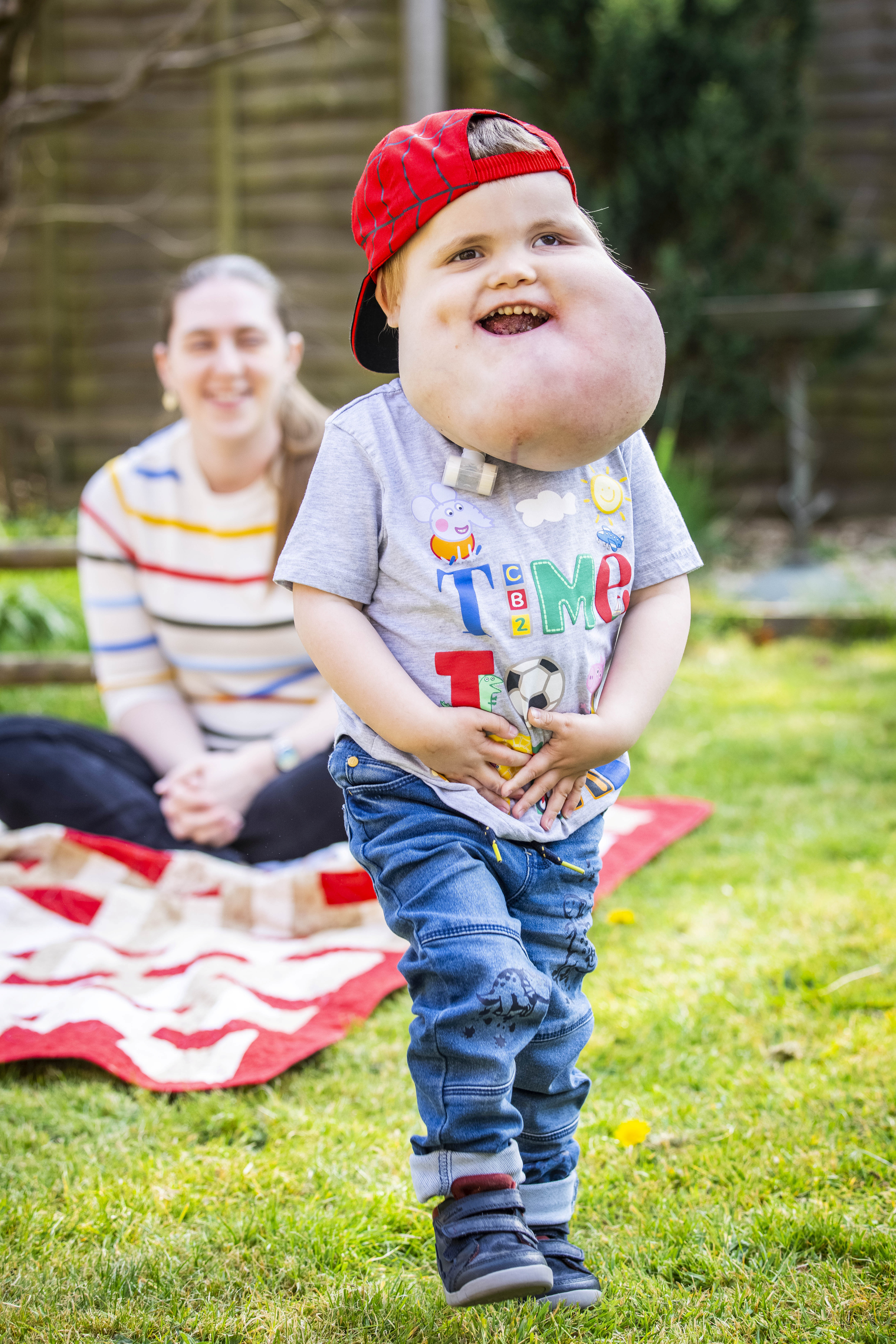 She expected the worst and was scared for what her unborn child would look like, but she instantly fell in love with her little boy when he arrived.

Alex was born via an induced c-section and had to spend six months in Bristol Royal Hospital for Children, Bristol, while he had a debulking surgery – to reduce the size of the cysts – and Emily was trained how to care for him.

He has continued to have the procedures throughout his life but has made vast improvements the last year and can independently walk and his speech is beginning to improve – he can now say Peppa Pig and form sentences after saying his first word ‘bubbles’. 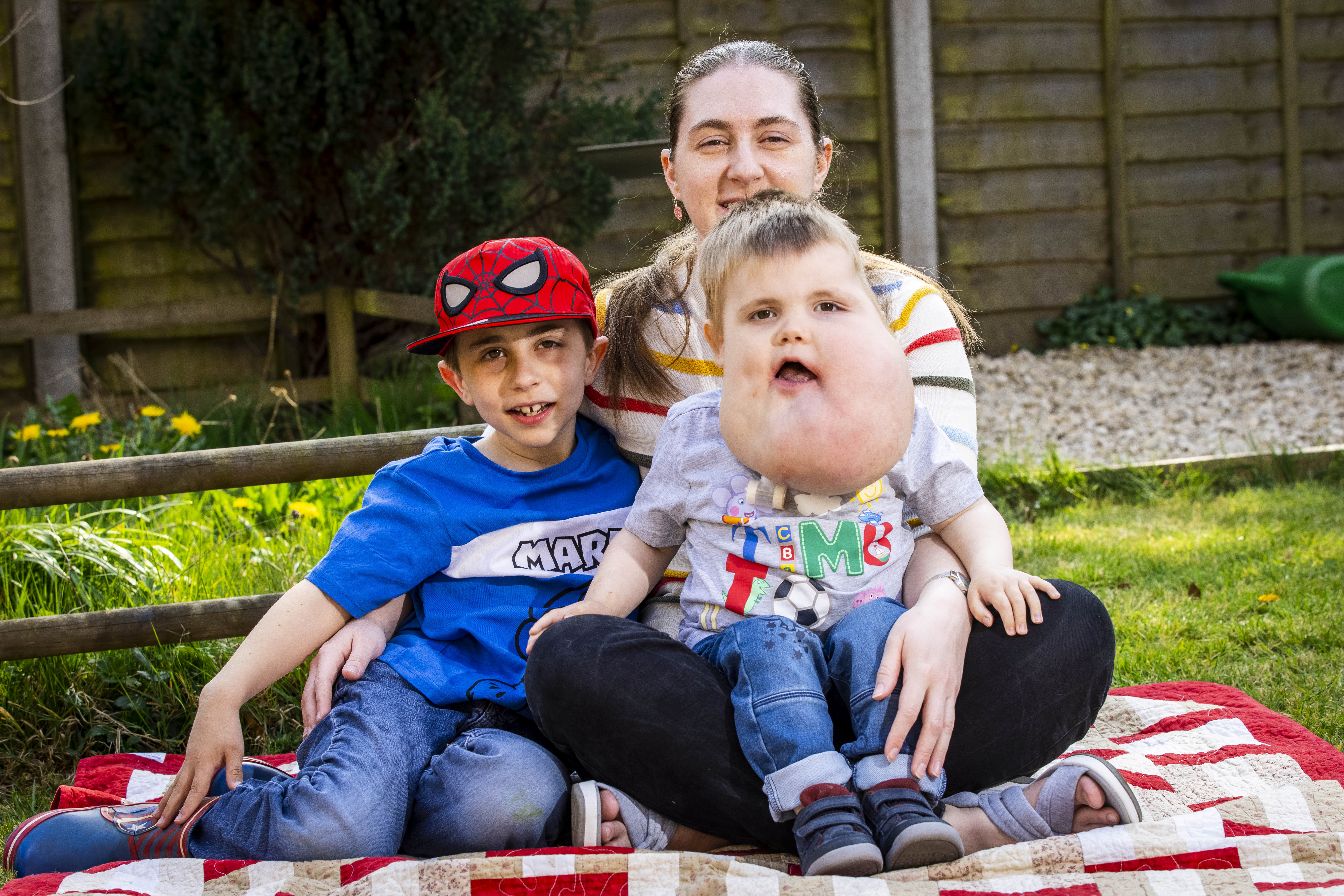 Alex still has a tracheostomy to help him breathe and has to be fed with a feeding tube, but Emily hopes in years to come he will be able to have it removed and live even more independently.

Emily, a primary carer for Alex, from Midsomer Norton, Somerset, said: “I was scared to know what Alex would look like.

“There were so many unknowns.

“But as soon as I saw him I thought he was gorgeous and burst into tears.

“Caring for him is hard work, but I wouldn’t have it any other way.

“We don’t know what the future will hold, but I can only hope.

People have told me he looks scary and one man came up to me and asked me if he was real.

“Alex has already come on leaps and bounds.”

Alex was born on 26 January 2017, weighing 7lbs 10oz, at St Michael’s hospital, Bristol, with cystic hygroma and had to have his first surgery at six weeks old at Bristol Royal Hospital for Children to remove some of the growth from his face.

The little boy also had cyst in his airways which meant he has to have a tracheostomy to help him breathe.

After six months in hospital Alex came home to his brother Roman, eight.

“It was very daunting bringing him home,” Emily said.

“It was suddenly just me who had to look after him. 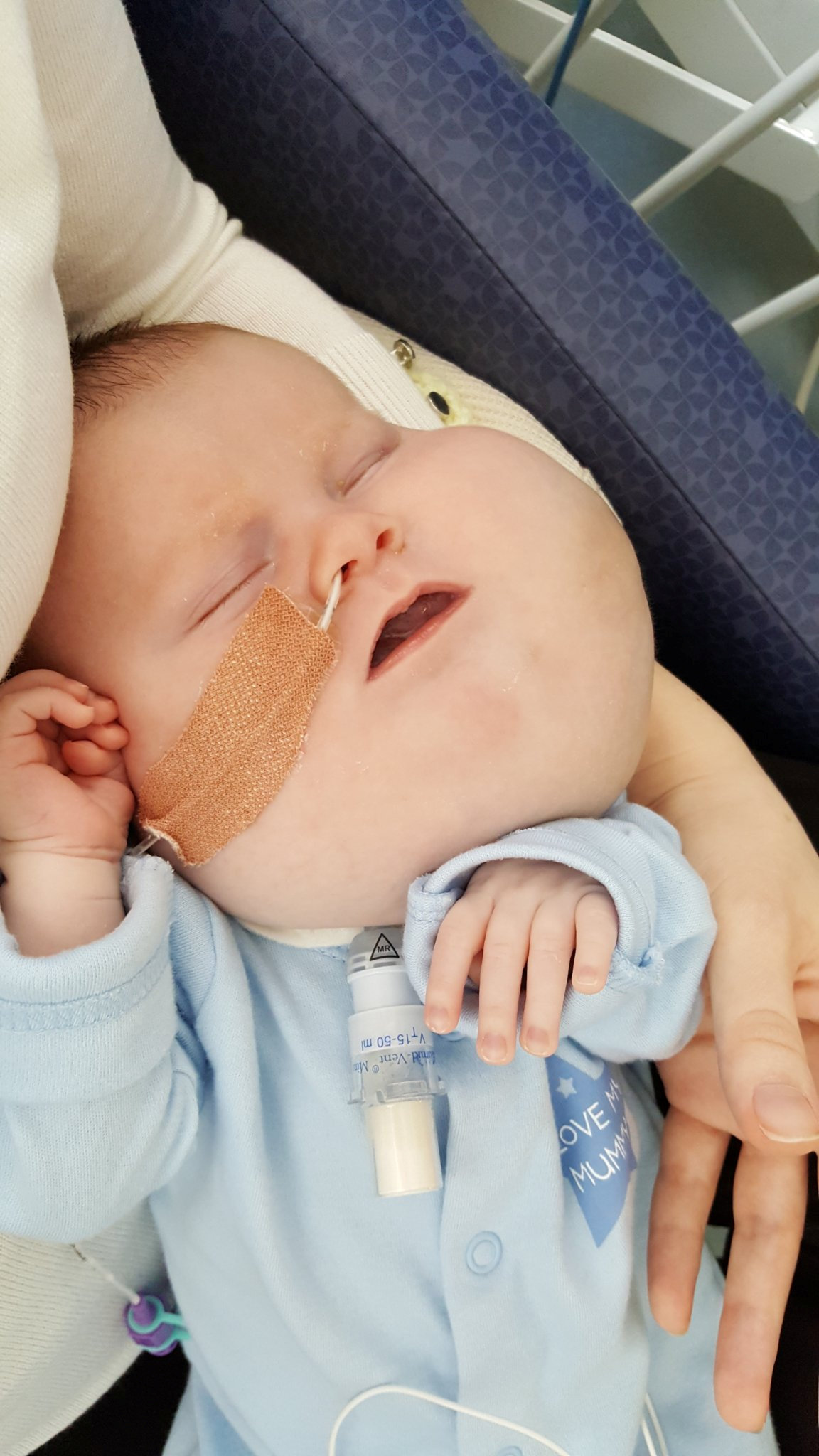 Alex, pictured as a babyCredit: SWNS

“I had to get used to going places with all of his equipment.”

Alex was delayed when it came to learning to walk as the weight of his face and angle of the cysts make it hard for him to see to balance himself.

Now, after undergoing eight surgeries, in Great Ormond Street hospital, London, he can walk independently but is still wary of steps.

“He’s doing amazingly and is starting to talk better too,” Emily said.

“We still sign with him and he is very good at getting his point across.” 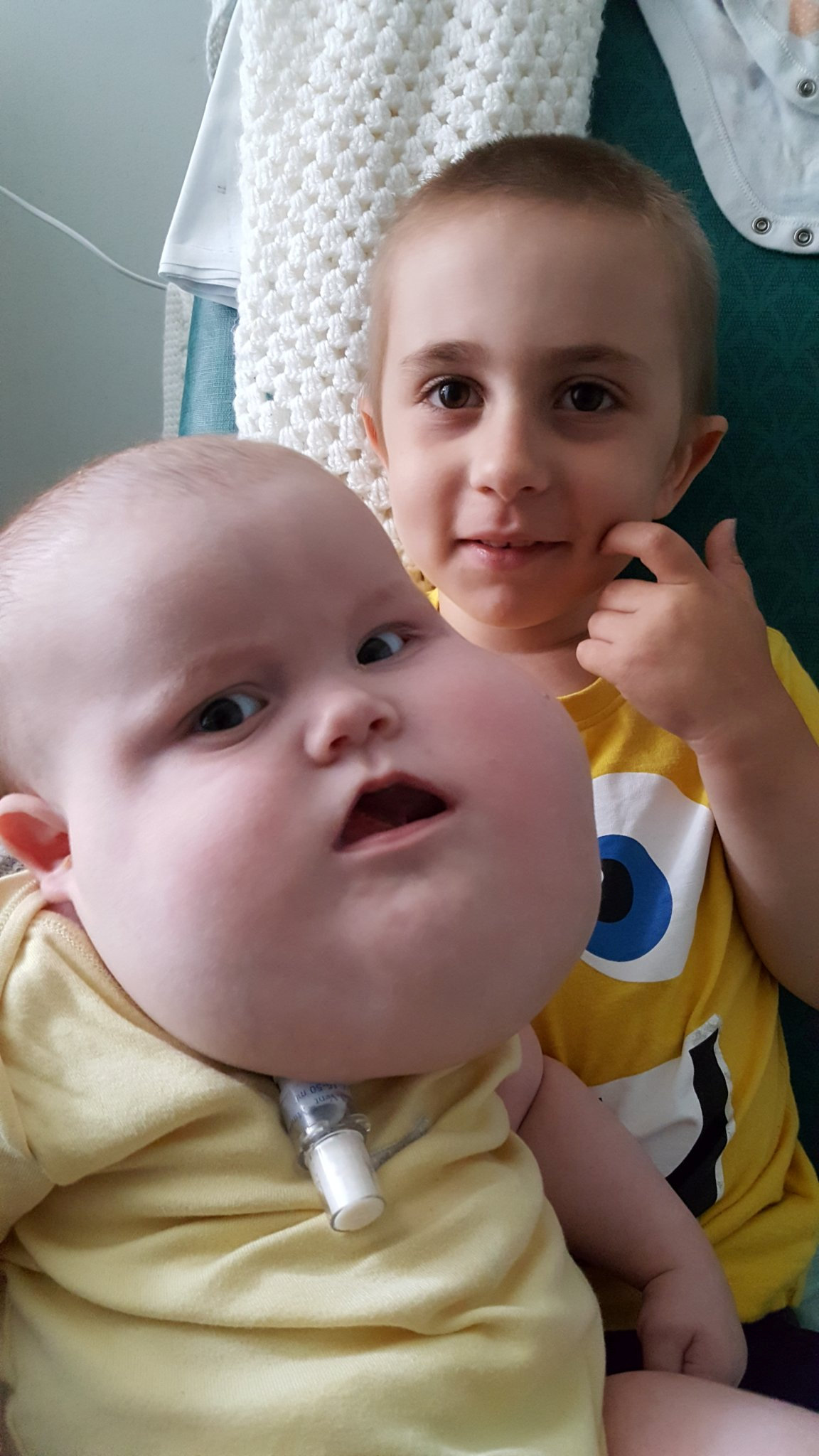 Alex and his brother Roman, pictured when the pair were youngerCredit: SWNS

Alex has had to have eight surgeries to remove parts of his cysts, which are the size of a grapefruit and a recent debulking of his tongue has meant it is easier for him to talk.

Alex will still have more debulking surgeries to remove more of the mass from his face.

“I cry every time he goes for a surgery and they take about eight hours so it is a long wait,” Emily said.

“One of his cysts is over a nerve that could paralyse his face if they hit it so they have to be really careful.”

Emily is also fearful about what people will say about Alex when he is older.

“Most people are lovely about him but there have been some nasty comments,” she said.

I cry every time he goes for a surgery and they take about eight hours so it is a long wait.

“People have told me he looks scary and one man came up to me and asked me if he was real.

“I’m worried about him having to deal with it by himself when he is older.”

Luckily Emily has had the amazing support of Rainbow Trust Children’s Charity-  a charity that supports families who have a child aged 0-18 years with a life-threatening or terminal illness- and her family support worker, Wendy, since Alex’s birth.

“They have been amazing at giving me that bit of time to myself or letting me vent to them,” Emily said.

“Wendy is always checking in to make sure I am ok.

She is also supported by Jessie May- a charity providing nursing care at home for children and young people with life limiting conditions – and Children’s Hospice South West- who provide respite should Emily need it.

In other parenting news, this ‘mean’ mum is called ‘judgemental’ after listing what women should wear on the school run & admits to planning her outfits.

And a mum refuses to wear a bra despite trolls calling her ‘sl*tty’ – saying it makes her sound promiscuous and wild and she’s all for it.

Plus this woman is mum-shamed for wearing my PJs on the school run but she doesn’t care.