WHEN Peter Bleksley saw the e-fit come to life, he knew he’d got his hands on a new weapon in his hunt for one of Britain’s most wanted fugitives: Kevin Parle.

The veteran sleuth has been scouring the globe for Parle for two years to make him answer the charges against him – which include the murders of a child and an innocent young mum-of-three. 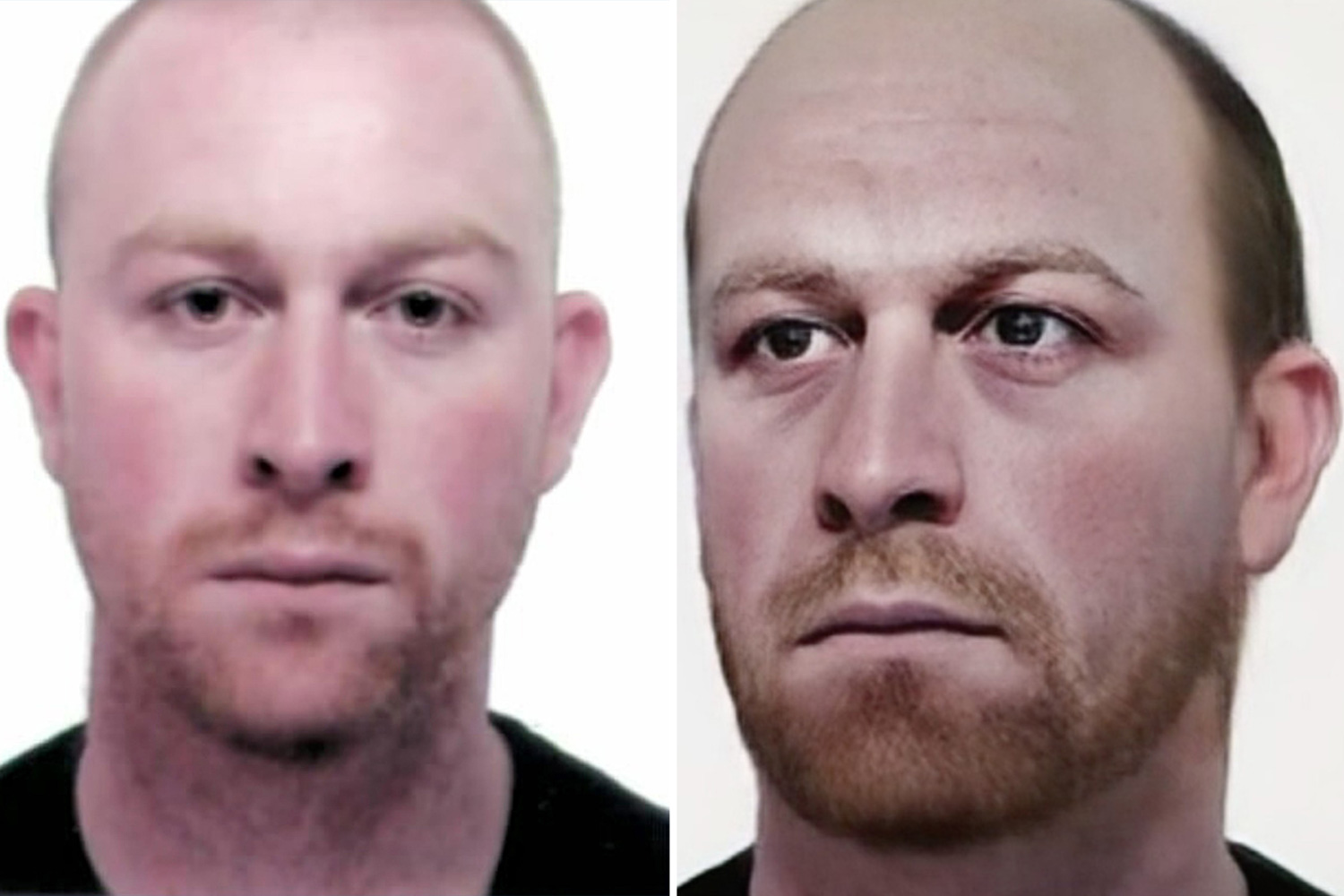 And 22-year-old Lucy Hargreaves was gunned down in her own home by a trio of masked killers a year later.

Cops believe Parle was involved in both killings and he’d even been arrested in connection with Liam’s murder, but he was released on bail – and he’s been on the run ever since.

Peter Bleksley, a former Met copper who was the star of Channel 4’s Hunted, has now made it his mission to track Parle down and bring him to justice.

His podcast about the search, Manhunt: Finding Kevin Parle, has brought Parle’s story to the attention of millions, throwing up new leads and sightings of the alleged killer. 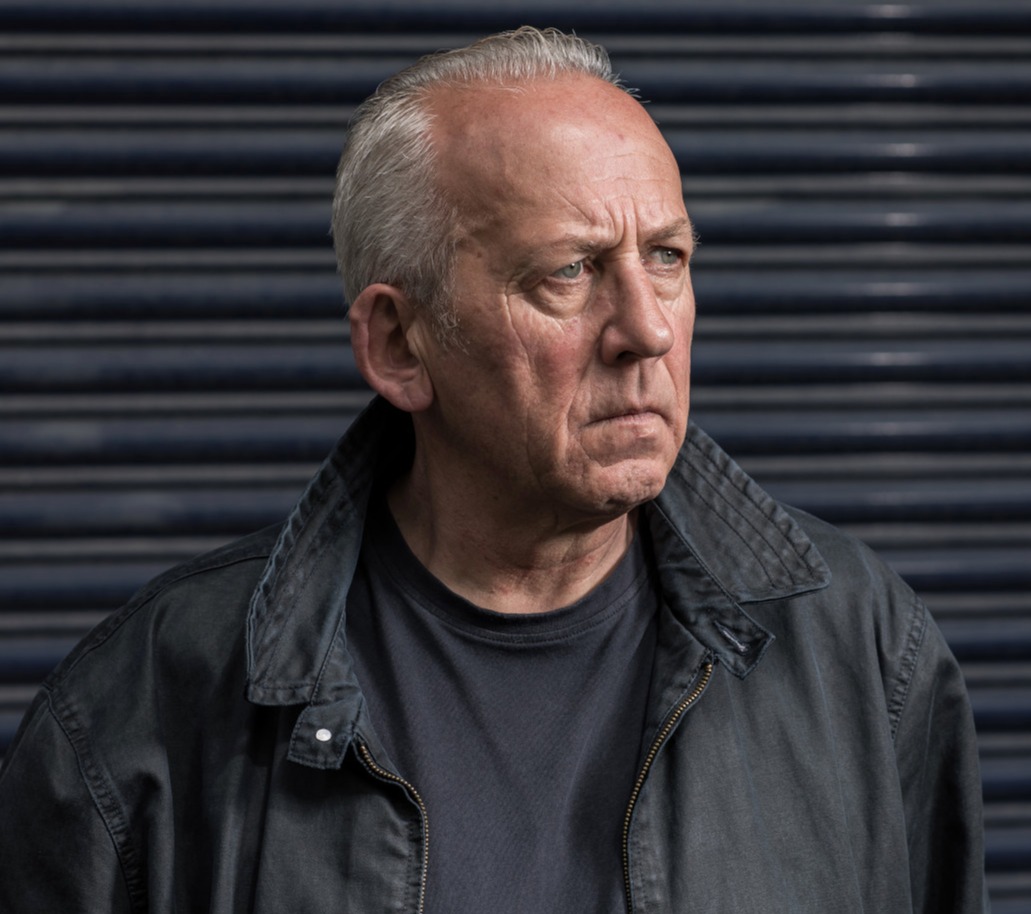 Peter Bleksley has dedicated the last two years of his life scouring the glob for ParleCredit: Peter Bleksley

And Bleksley’s latest weapons in the hunt for Parle are computer-generated moving images of what the 40-year-old fugitive could look like today.

“We’re going to squeeze the globe so tightly that eventually, his six-foot-five ginger head pops up, and law enforcement can slap the handcuffs on him.”

Parle’s alleged killing spree began with a bang in the dead of night.

Liam Kelly was getting out of a car in the early hours of June 19, 2004, when he was approached by two men – one of whom had a shotgun. 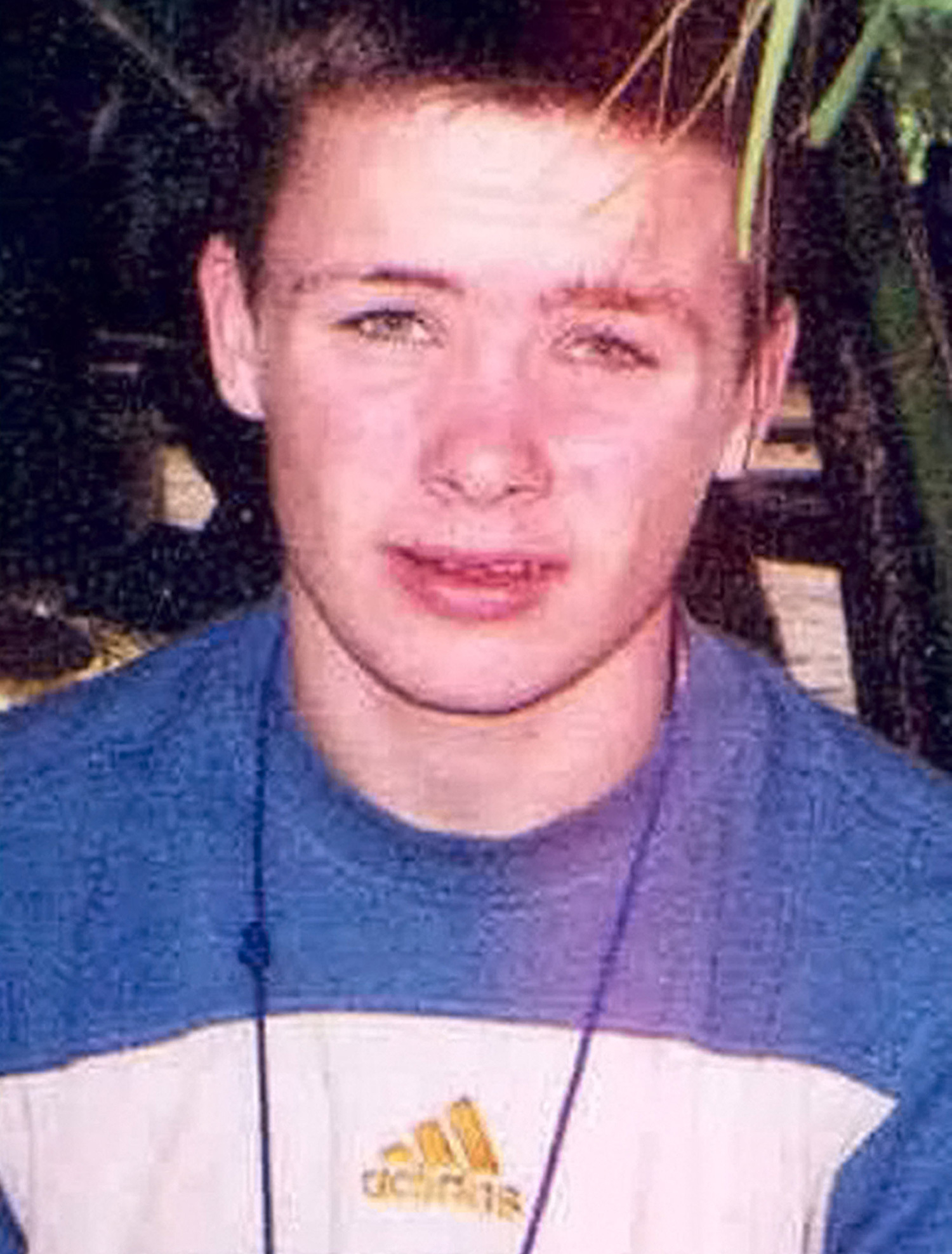 Liam Kelly was just 16 when he was blasted with a shotgun in Liverpool in 2004Credit: Merseyside Police

The teen was shot in the arm and chest – mortally wounded, he was able to drag himself to a nearby house to get help, but by the time paramedics arrived it was too late.

“A young man was denied the opportunity to grow, to mature, to enter manhood, to find a partner, to have a family,” Bleksley rages.

“Nobody has described Liam to me as a model student – well, at 16, nor was I – but he was denied opportunity with his life so cruelly taken away from him.”

A 6 ft 5 man with ginger hair named Kevin Parle was arrested in connection with the crime, but he was bailed while police investigated an alibi which later turned out to be false. 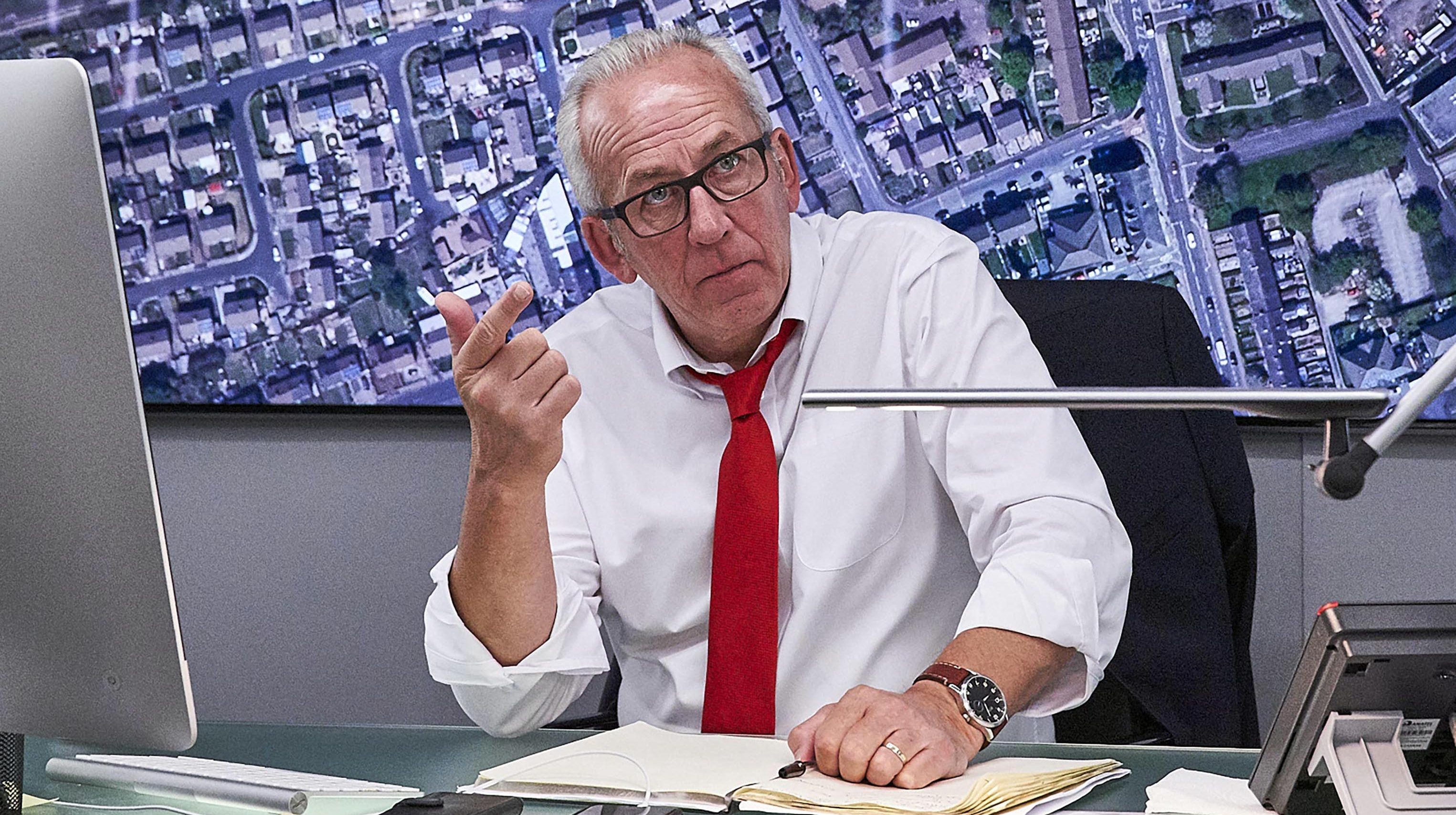 Peter Bleksley is best known for chasing contestants on Hunted – but he’s now after a real fugitiveCredit: Channel 4

In 2006, Anthony Campbell pleaded guilty to Liam’s murder – in court, it was argued that Campbell was motivated by revenge after Liam threw a bicycle through a window at Campbell’s aunt’s house because Campbell hadn’t paid him a £200 debt.

A second man, Peter Sinclair, also admitted a role in Liam’s cold-blooded killing – he said he’d helped a third person involved in the murder by acting as a lookout while they burned clothing which might contain evidence.

Sinclair identified that person as Kevin Parle – who was already on the run.

Between Liam’s murder and one of his killers’ conviction, another heinous crime rocked Liverpool – and would also end up being linked with Parle.

Lucy Hargreaves, 22, was lying on her living room sofa while her partner, Gary, was sleeping upstairs with their two-year-old daughter Faye. 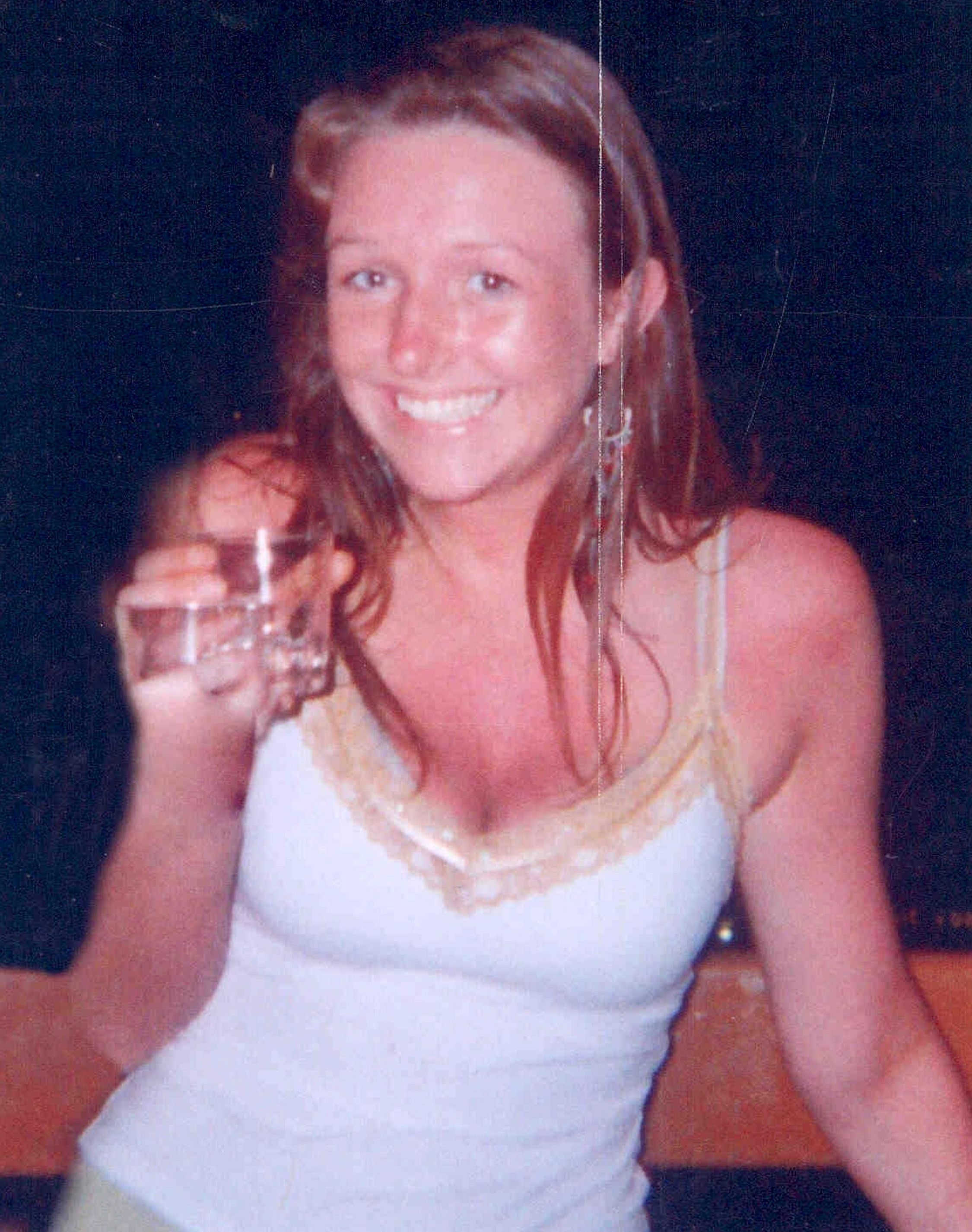 Lucy Hargreaves was brutally murdered in her own home in a planned hit that was thought to be targeting her partnerCredit: PA:Press Association

Luckily, the couple’s other two kids were away with relatives at the time of the attack August 3, 2005.

Three masked men stormed into the house and shot Lucy dead with a shotgun.

They then set about dosing the innocent mum-of-three’s body with petrol before lighting it and dashing out the house.

Upstairs, Gary had been woken by Lucy’s screams and the gunshots.

“Gary grabbed their child and escaped the inferno by smashing his way out of a first floor window and leaping to safety,” Bleksley says.

“He then returned to the house and dragged Lucy’s lifeless body from the blaze. A ghastly crime.”

Kevin Parle is the only person on the National Crime Agency’s most wanted list who’s believed to be involved in two separate murders.

Some of the other criminals on the list include:

Bleksley says among Liverpool’s underworld, there’s a culture of “you don’t grass”, but this horrendous killing was different.

“Lucy’s murder crossed the line,” he says. “It was just so abominable – an entirely innocent young woman, who’s been described to me as being as beautiful on the inside as she was on the outside.”

Merseyside Police even described Lucy’s murder as “one of
the most brutal and callous acts” they have dealt with.

Tony Downes and Kirk Bradley were charged with her murder in 2007 – in court, Gary said he believed he was the intended target of the attack because, in 1993, he’d been a passenger in a stolen car on a joy ride which resulted in a crash which killed Downes’ three-year-old brother.

Downes and Bradley were acquitted of Lucy’s murder, but went on to live a life of crime involving guns, grenades and violence – they were even sprung from a prison van by a gang of armed thugs in Manchester in 2011, but were later caught and imprisoned.

But at their trial for Lucy’s murder, cops openly said they were trying to find a third man they believed was involved: Kevin Parle.

Since Parle escaped the clutches of Merseyside Police back in 2004, he’s been on the run ever since – something which Peter Bleksley wants to bring to an end.

With his podcast and book, Manhunt: Hunting Britain’s Most Wanted Murderer, Bleksley has spent the last 23 months searching for Parle all over the world. 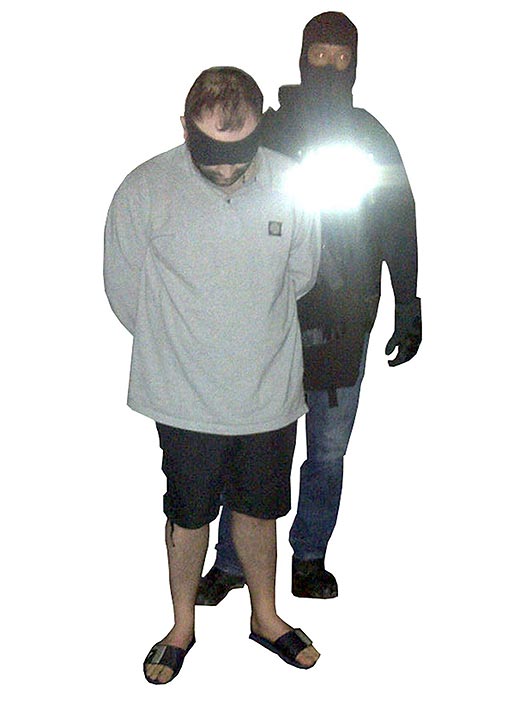 Kirk Bradley, one of the men acquitted of Lucy’s murder, was caught by a Dutch SWAT team in Amsterdam after he was busted out of a prison van in Manchester

Reported sightings of the fugitive have cropped in Ireland, Australia, Dubai and elsewhere.

Bleksley says the most recent credible sighting he knows of was in a town outside of Benidorm towards the end of 2019.

“I’m told from a source that I believe to be credible that officers from the National Crime Agency were taken to a caravan and camping site in Spain where Parle was actually pointed out to them as being on the opposite side of a bar,” Bleksley says of another sighting.

“I’m told those officers said: ‘We don’t have the authority to arrest him.’ 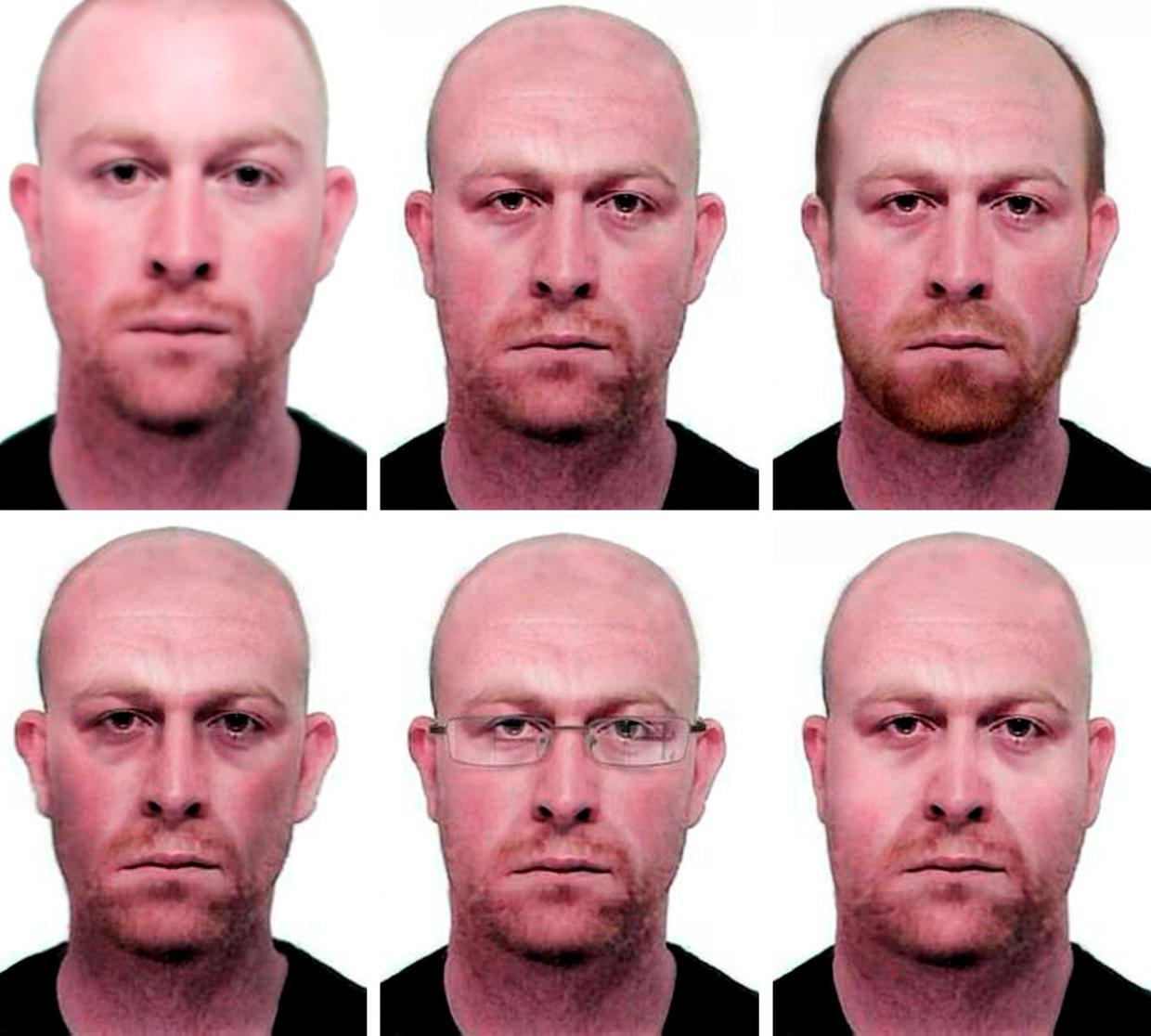 Cops have made mugshots showing how Parle’s appearance may have changed over timeCredit: Merseyside Police

Bleksley’s podcast has been downloaded over three million times, and in December he gave a presentation to Merseyside Police officers about what he’s discovered in his 23 months hunting Parle.

The force is also offering a £20,000 reward for any information which leads to Parle’s arrest and there’s now a European Arrest Warrant out for his capture.

But Bleksley is doing everything he can to smoke out Parle too – which is where the new CGI images come in.

“In early 2016, a reported sighting of Parle in Australia was made public,” Bleksley says.

“As a result of that, Merseyside Police went to John Moores University in Liverpool and asked them, using computer graphics, to age the police mugshots they had of Parle to give an indication of how he might look in 2016.

“I’ve taken that a step further.” 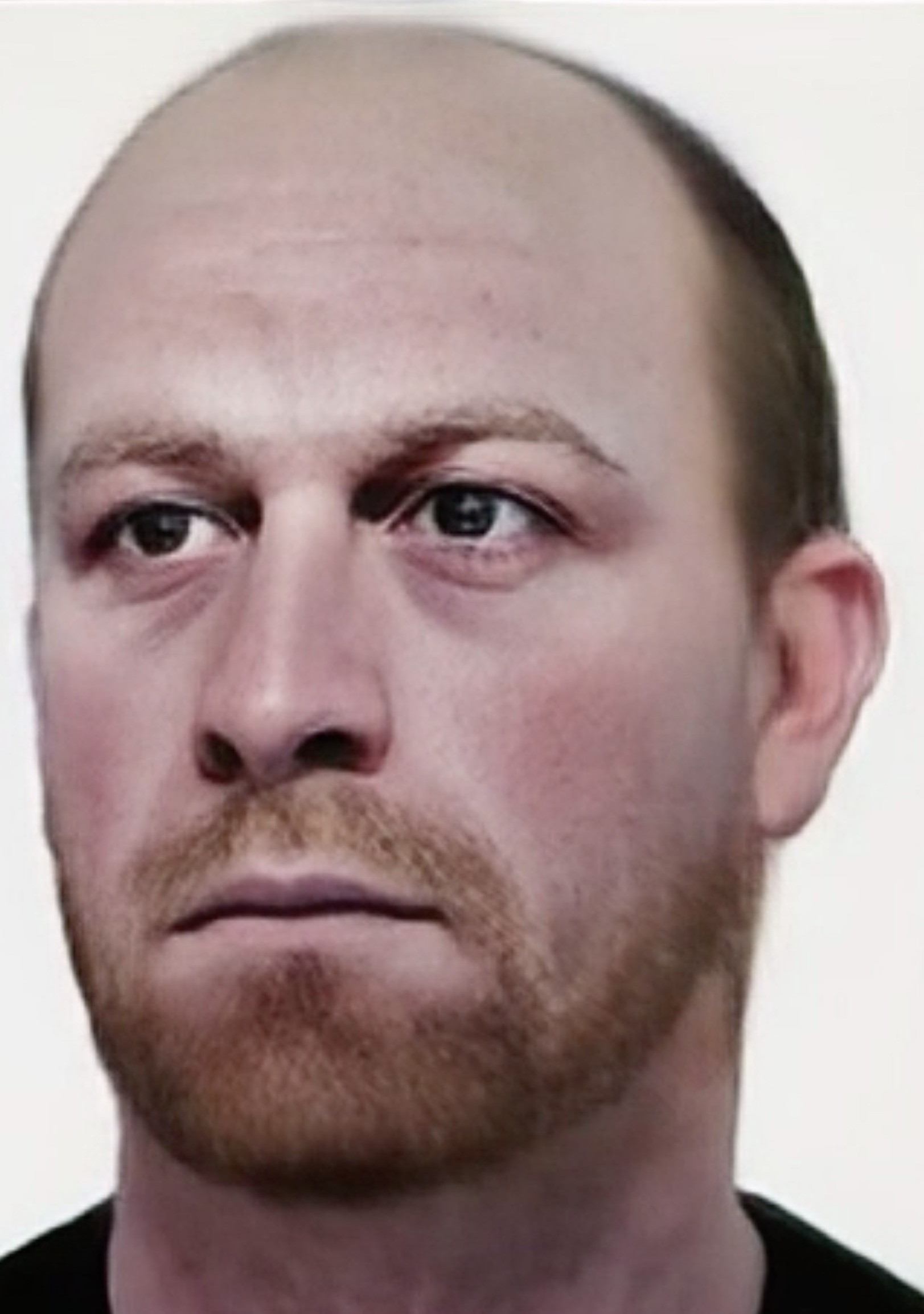 Bleksley says he now has “thousands” of people helping his hunt – one of whom offered to make the digitally-aged mugshots come to life with movement.

They also added a beard, as Bleksley heard that Parle had grown one at some point while on the run.

It’s hoped that the mocked up video images could lead to someone getting in touch who recognises Parle – although Bleksley does recognise his futuristic technique is right at the bleeding edge of investigative techniques.

“These are innovations which law enforcement haven’t done yet,” he says.

Bleksley knows detectives have their work cut out bringing Parle in after he’s successfully evaded capture for over 16 years – but he remains optimistic they’ll bag him.

The veteran detective says new information is coming in all the time – including a promising new lead this week – and he already has a list of 20 people to pay a visit to when travel restrictions allow him to do so. 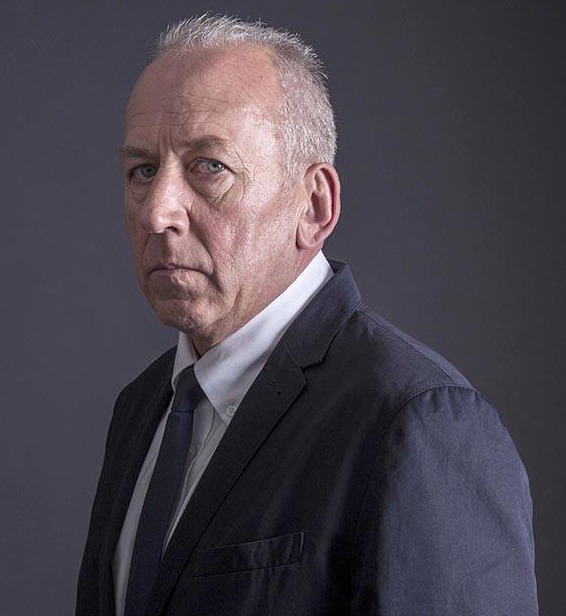 Bleksley has vowed to continue his hunt for Parle until the fugitive is in handcuffsCredit: Channel 4

“And believe you me,” Bleksley says, “They will not all be delighted to see me.”

Merseyside Police’s DCI Siobhan Garner offered reassurance to potential witnesses who might be wrestling with revealing what they know.

“I’d like to reassure them that there are special measures that we can put in place to protect witnesses in serious cases such as this,” she said.

“Someone, somewhere can help us find justice for both of these victims, whose lives were callously cut short, and their families.”

The officer said she also believes Parle is overseas and revealed that he is now the subject of a European Arrest Warrant, a move which Peter hails as a ‘most important development’.

It means Parle can be detained by police forces across the EU, and handed over to British authorities to face trial in the UK.

Nikki Holland, director of investigations at the National Crime Agency, said: “Kevin Parle remains on our most wanted list and a subject of Operation Captura, a campaign which has so far led to the arrests of 85 out of 95 named fugitives.

“The NCA has a global reach and we do not give up. We are determined to do everything in our power to track down those outstanding, no matter how long it takes.”

But even if the breakthrough which finally nabs Parle doesn’t come from one of Bleksley’s enquiries, he’s sure the fugitive will be made to stand trial eventually.

“And I have to be. Kevin Parle will be found. He must be found.

“So of course he will be found, however long that takes. I’m not giving this up.”

More information can be found about the search for Kevin Parle on Bleksley’s website.