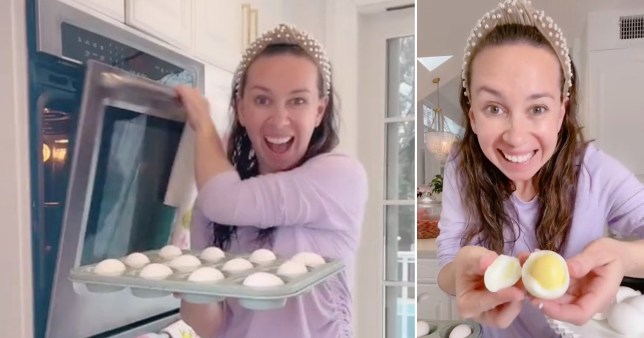 We didn’t even know this was possible (Picture: Jam Press)

A mum-of-four has revealed a genius hack for hard-boiling eggs using a humble cupcake tin.

Shannon Doherty, 36, from Darien, Connecticut, took to TikTok to reveal the simple trick to help other parents get prepped for Easter.

In the clip, Shannon shows how instead of boiling eggs in a pan of water, you can use an a cupcake tin to ‘cook’ them in the oven.

Once they are done, she runs the tray under cold water, takes out the eggs and peels off the shell. Simple.

‘I was looking up ideas for moms over Easter and saw this and thought it was genius,’ says Shannon. 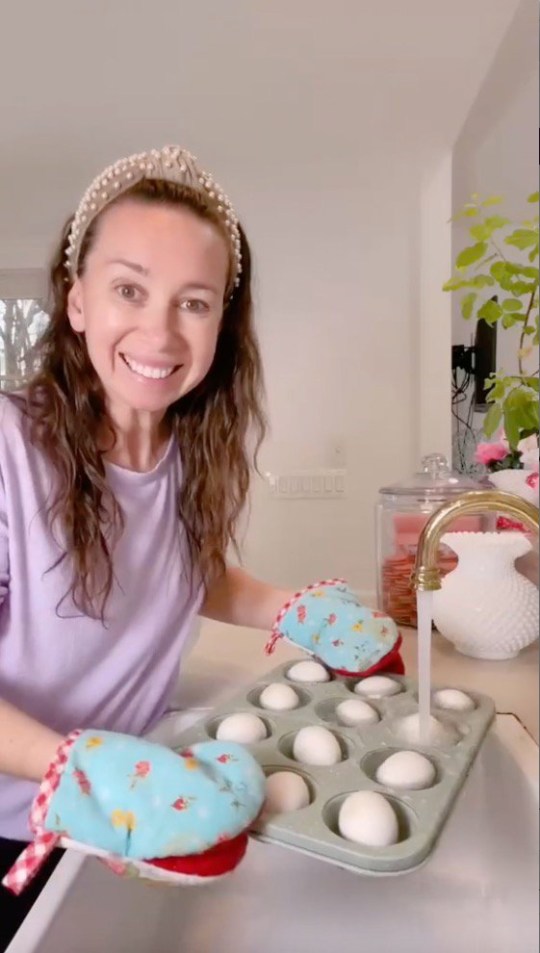 ‘It’s so simple and you can bake so many at the same time.’

Shannon added that it will make her life much easier when it comes to Easter egg colouring with her four children; Layla, seven, Colton, five, Peaches, three and one-year-old Hunter.

The video, which has been watched more than 59,000 times so far, has left fellow parents in awe.

‘Didn’t know it could be done. We all learned something new,’ another agreed.

Shannon has racked up 788,000 followers on TikTok – @athomewith.shannon – where she shares regular life hacks for parents, as well as recipes, craft ideas and DIY tips.

In another video, she demonstrated a simple and cheap way to remove stains from Tupperware – by using just washing-up liquid and kitchen paper.

A different clip, which has been viewed more than five million times, reveals how Shannon uses a plastic shoe rack to keep her kids entertained on long car journeys.

This clever mum certainly has plenty of tricks up her sleeve. What a woman.

First look inside Primark ahead of shops opening on 12 April