A MUM has found a huge Huntsman spider guarding its sac of eggs with about 200 babies in her son’s toy truck.

Brooke Thorpe, from Tasmania in Australia, said her two-year-old nephew brought her the truck while she was in the backyard with her son. 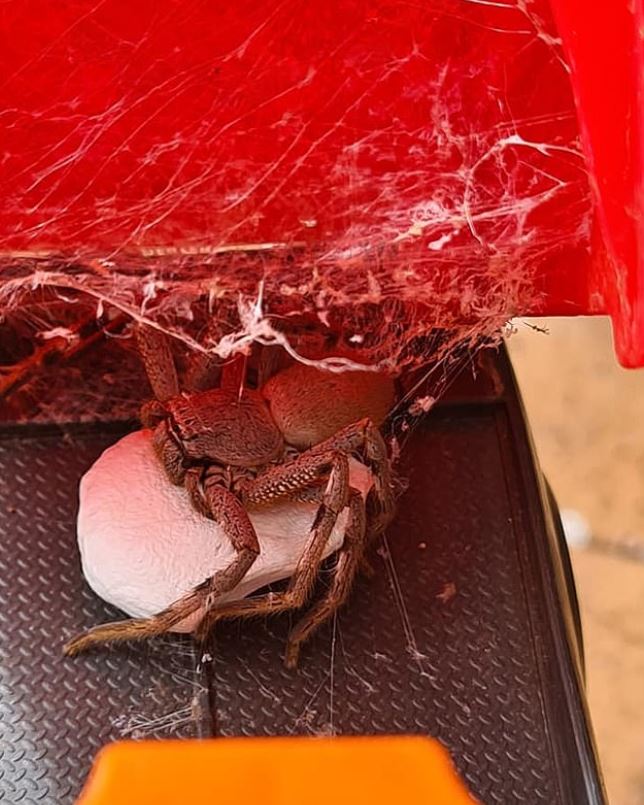 The Huntsman spider was guarding its egg sac in a toy truckCredit: Facebook/Brooke Thorpe

She took some pictures showing the spider protectively sitting on top of its bulging egg sac and posted them on a Facebook page with the caption: “Found this little mumma today with her sac!”

The woman wrote: “I was actually outside with my two pythons letting them get some sun when my nephew bought me this toy and I found this.”

Brooke said her son was “pretty happy with his cool find” and vowed not to disturb the spider.

She added: “We have her in a safe spot and once she’s finished, my son can have his toy back.”

Arachnologist Dr Robert Raven from the Queensland Museum, said about 100 to 200 baby spiders were still in the early two to three week stages of infancy, the Daily Mail reports.

The expert said the mother spider is now holding onto the egg to feel if there is any activity in the sac.

Dr Raven said the spider will stay with her eggs for about two to three weeks.

He added that any person who discovers a Huntsman with its egg sac should stay away and avoid moving the mother until the babies have hatched. 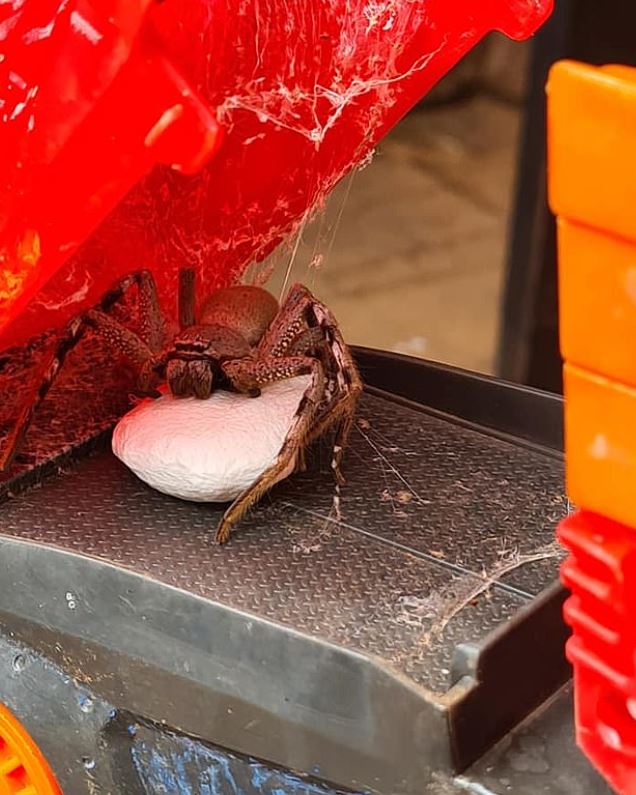 An expert believes there could be up to 200 babies in the egg sacCredit: Facebook/Brooke Thorpe

Previously, we reported the story of a woman who found a giant spider lurking on her ceiling in Townsville, Australia.

Laree Clarke wrote on Facebook: “Is there anyone that could remove this from my house?? I don’t have a container that big!”

She later confirmed the spider was removed safely and released.

The female Huntsman produces a flat, oval egg sac of white papery silk, and lays up to 200 eggs, according to the Australian Museum.

It then places it under bark or a rock, and stands guard over it, without eating, for about three weeks.

Some species even carry carry their egg sac under their bodies while moving about.

Despite their large appearance, Huntsman spiders are not considered to be dangerous – although they possess venom and a bite may cause some ill effects.

However, they are generally reluctant to bite and will usually run away rather than be aggressive.

In houses, they perform a useful role as natural pest controllers. 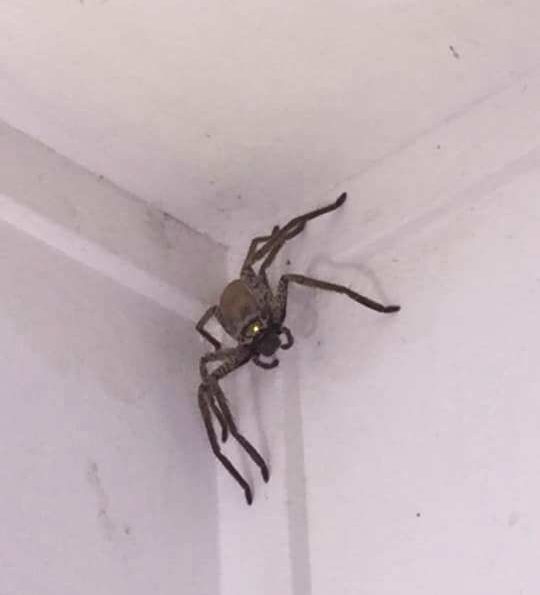 Laree Clarke found the spider lurking on her ceiling

Woman discovers nightmarish scene as hundreds of spiders spill out of the walls in daughter’s bedroom Sydney, OZ