IT’S no secret mums are capable of some pretty extraordinary things – but a breastfeeding woman has left people shocked after showing exactly what her body is capable of.

The mum-of-three claims she can shoot breast milk from her armpit and showed exactly how it happens. 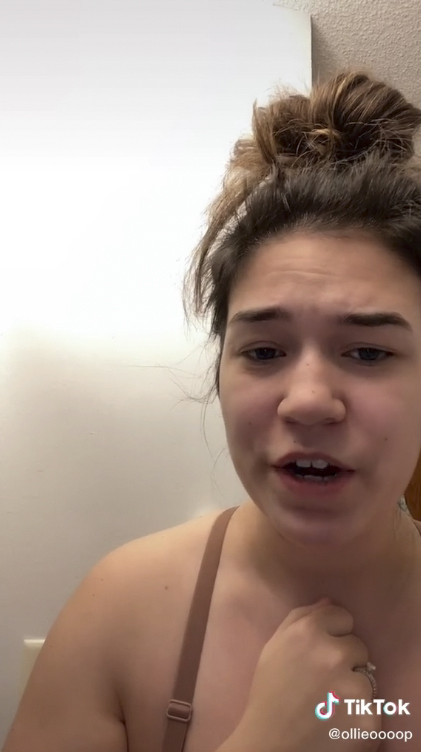 The breastfeeding mum revealed that she can shoot breast milk out of her armpitCredit: Tiktok

Known as @ollieoooop on TikTok, the breastfeeding mum from Minnesota explained why this occurs and said mums can often experience what she called ‘pitties’.

This refers to lumps or swelling which can develop in the armpits when breast tissue is filled with breast milk.

In the clip, she squeezes the area under her arm and the liquid skirts out.

But for those who might have their doubts, the mum then slowed down the clip so people can get a really good look. 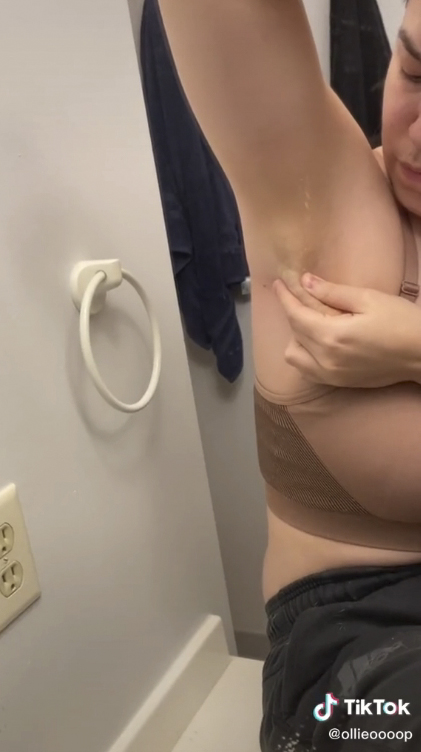 She shared the clip on TikTok and showed how she does itCredit: Tiktok

The video was in response to another clip where a TikTok user asked viewers to share a strange thing their body does that other people’s might not do.

The mum said in her video: “I’m about to expose myself. Please be nice to me.”

And explained: “Basically, you have breast tissue in your armpits and when you get engorged, sometimes that tissue swells.

“However, I am the only instance that I know of or that I can find of this specific thing that happens to my body.

“I can shoot milk out of my armpit. And if it wasn’t disgusting enough just to hear it, I’m going to prove it.

Breast tissue can extend into the armpit and it has a special name ‘the Tail of Spence,’ Metro explained.

During engorgement or when the milk first comes in, the woman may notice lumps and swelling in your armpits.

This ‘accessory’ breast tissue may become engorged when the milk first comes in.

Colloquially it has been referred to as ‘pitties’ by mums and is not dangerous, usually going away within 48 hours.

Mums who experience it can apply a cold compress to treat any pain that may occur.

“If you or someone you know can do this, please duet this because I can’t be the only one. Please tell me I’m not the only one who could do this.”

Almost 200k viewers were fascinated by the fairly uncommon act, while some mums admitted they experienced the same.

“I COULD DO THIS. I THOUGHT I WAS ALONE,” wrote one mum, saying she over produced milk.

Another added: “You’re not the only one! My friend frantically called the hospital after her son was born made an appointment the next day.”

In other parenting news, this couple reveal shocking reason family want them to rename their two week-old daughter – so do you think they should?

And Mrs Hinch shares scan of her second baby who’s ‘kicking her to death’… & it explains why she’s not getting any sleep.

Plus Meghan Markle is pregnant – here’s how she kept it a secret.

Mum films herself breastfeeding her baby while driving on a motorway