A UNIVERSITY of Buffalo student has claimed she was chased by an angry crowd who threatened to capture her after a campus event where she invited Republican Allen West to speak.

Therese Purcell, president of the Young Americans for Freedom chapter, told how she was “scared for her life” after being “targeted” at the event on Thursday. 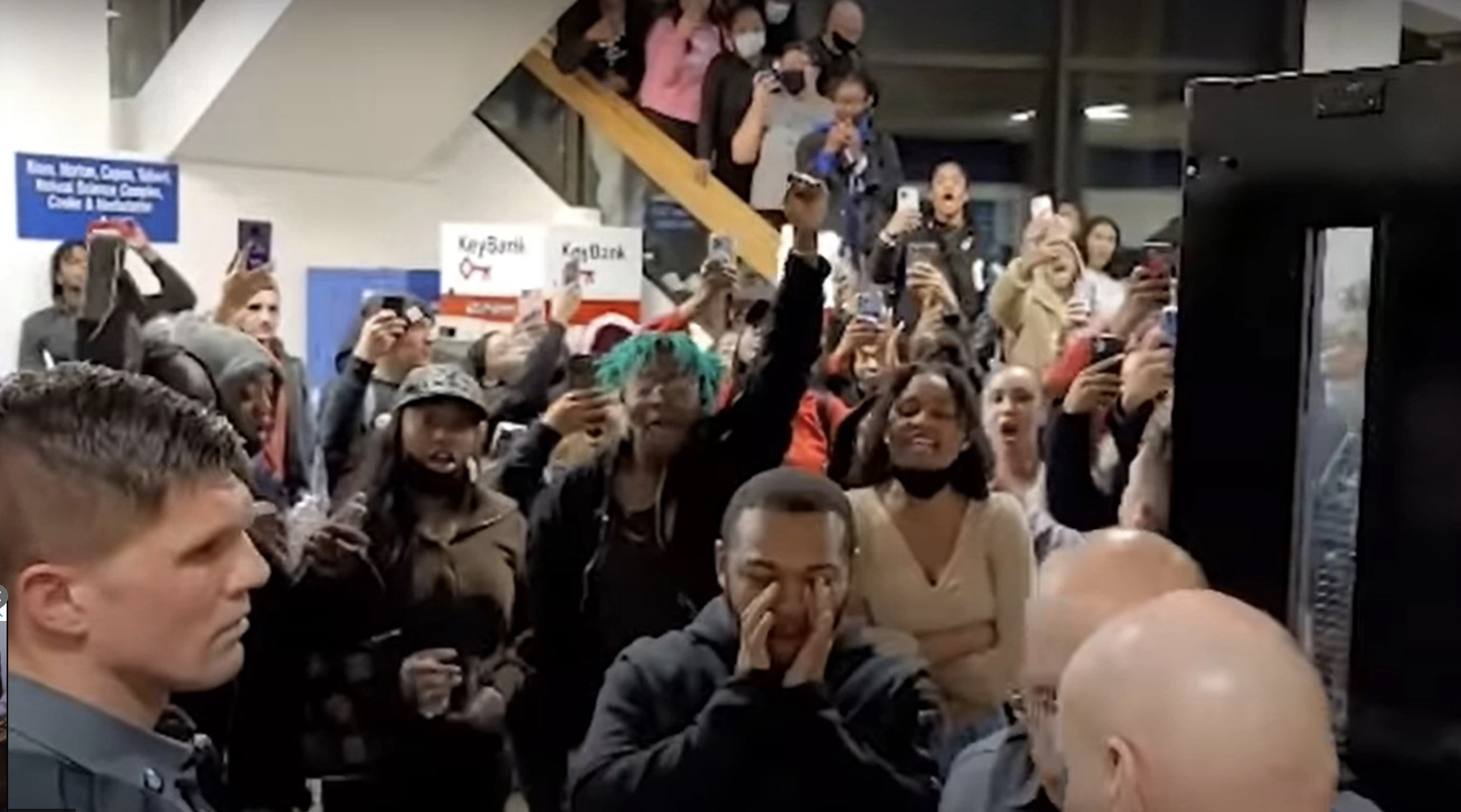 A crowd of students was waiting for Purcell and West when after the speech was finishedCredit: Twitter 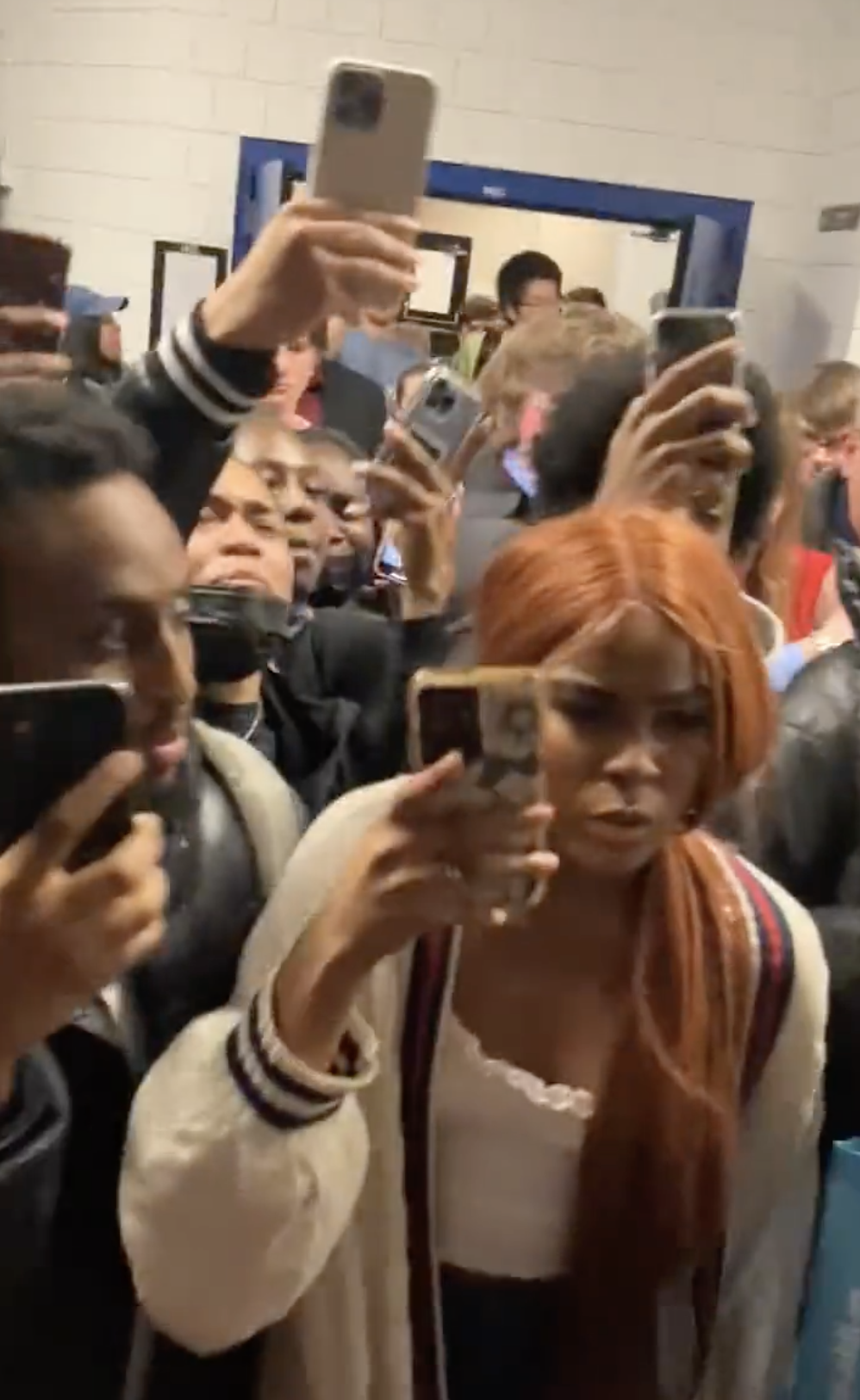 Allen West said he was escorted out by policeCredit: Twitter

“I was really afraid for my life since they physically assaulted my friend,” Ms Purcell told Fox.

“They were a very angry mob, and they were clearly saying that they were trying to chase me, that they wanted to capture me.”

Ms Purcell said she asked renowned Republican and Army veteran Allen West to come and speak on how “America is not racist and why American values are exceptional.”

Ms Purcell explained to co-host Todd Piro that the speech was a success with hundreds in attendance, but it began to get out of hand during the private meet and greet.

“The protestors were banging on the wall – They were screaming ‘No peace! No peace!” Purcell said.

“I took them at face value that they didn’t want peace.”

Ms Purcell said she followed West after the event, but was separated from West and the police who were solely protecting him.

“I decided I was just going to turn and walk peacefully back to my car,” Ms Purcell recounted.

Ms Purcell then said she realized “I was the target” and attempted to escape while “200” of her fellow students screamed, “get the girl in the red dress.”

The club president said she was seconds ahead of them when a friend pulled her into a men’s bathroom to escape the angry crowd, and she called 911.

“While they were screaming that we were trying to silence black voices, we were actually trying to bring this conversation to campus,” Purcell said.

“We had an open Q&A during the event, but instead of asking peaceful questions they decided to resort to violence.” 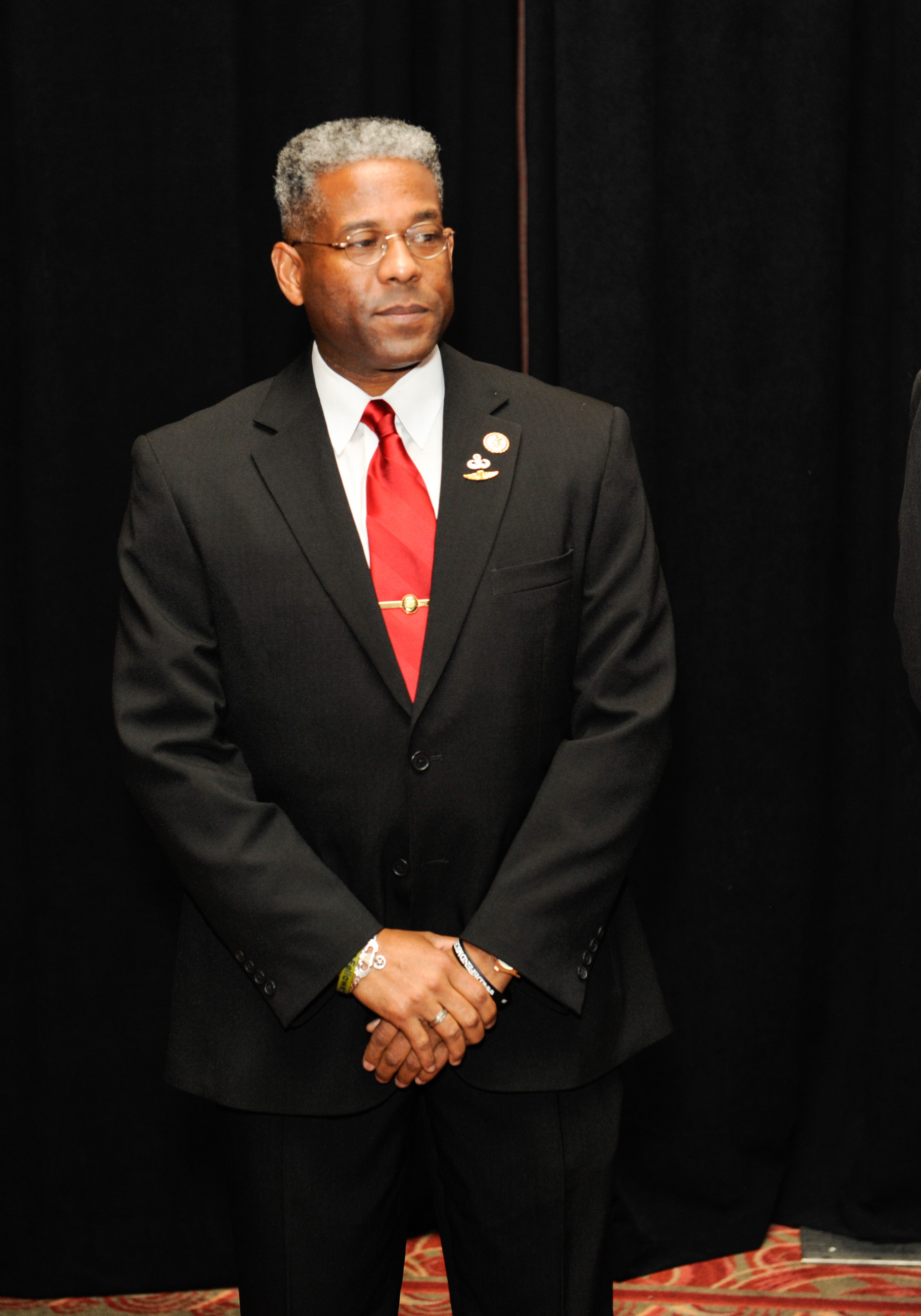 American politician and veteran Allen West was asked to speak at the University of BuffaloCredit: Getty

Allen West also spoke with Fox after the event saying “I’ve been in combat so of course I was not concerned. But I was concerned with the safety of the students that are there at the University of Buffalo.”

The veteran said that prior to the event, posters advertising his speech were getting ripped down all over campus.

West explained that he was born 61 years ago in a “Blacks-only hospital,” and he grew up in, “the same Atlanta inter-city neighborhood that produced Dr. Martin Luther King Jr.”

West said that, given his background, he should be permitted to discuss issues on race and American exceptionalism.

“But these kids want to be victims, they don’t wanna hear that,” he said. “They’re very militant. They’re very radical, and I’m glad that we exposed them.”

West said the university should be ashamed “for what they allowed to happen,” and he brought up the fact that he has to be escorted out by police.

“I remember the days when Black students had to be escorted onto college campuses,” West said. “But now because of radical militant Black students, I have to get escorted out.”

The University of Buffalo released a statement regarding the events that took place Thursday.

The university said that they are doing a thorough review of Thursday’s events, “including the posting of anonymous social media messages threatening students protesting West’s speech and harassment of students after the speech.”

“As a university community, we will continue to strive to be a place where all students can express themselves, be heard, and live their lives in a welcoming and safe environment that values diversity and inclusion.”

The US Sun reached out to the university regarding Purcell and West’s statements and has yet to receive a response.