HAUNTING surveillance footage captured the last moments of a woman’s life before she was stabbed to death inside her apartment.

Christina Yuna Lee, 35, entered her Chrystie Street apartment building in Chinatown Sunday. Following close behind her was her alleged killer, seen on video.

Christina Yuna Lee, 35, was found stabbed to death in her Chinatown apartment after a man followed her on the way homeCredit: Linkedin 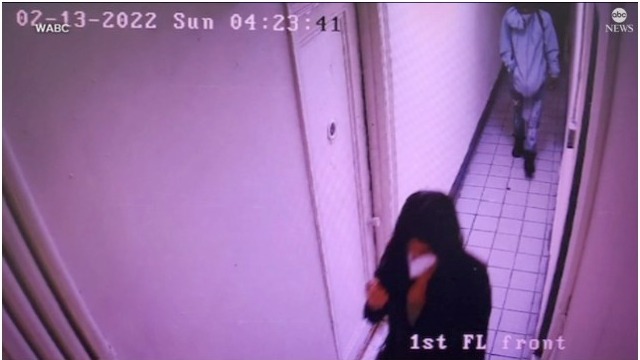 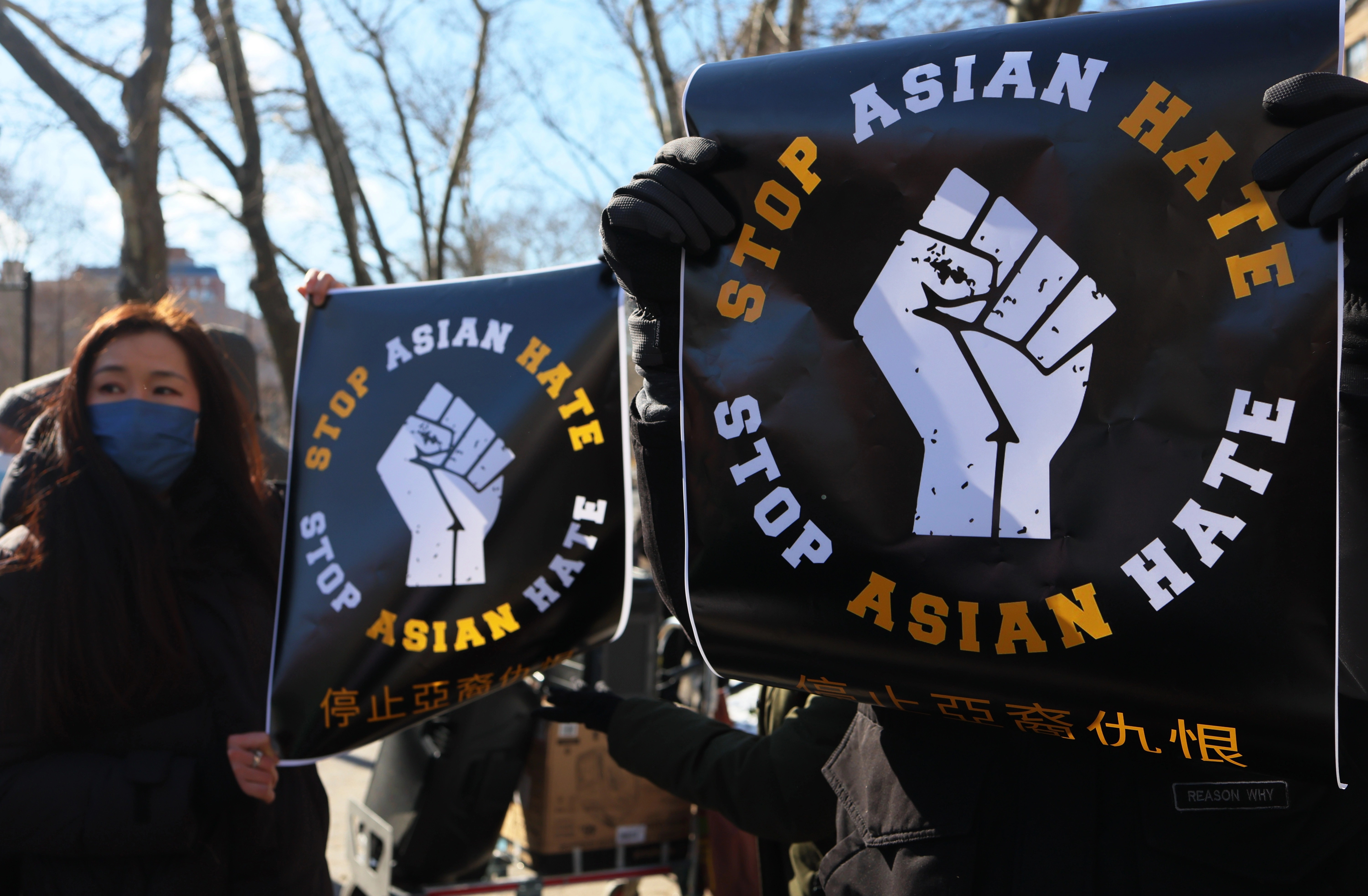 Asian American community leaders spoke out against the attack, calling for Mayor Eric Adams and the NYPD to do moreCredit: Getty Images – Getty

Just moments later, the woman’s neighbor’s called police around 4:30 in the morning after hearing her screams during the attack, said authorities.

“We’ve got cameras on every floor and in the front here,” said the building’s owner. “She got out of a cab right here and he followed her.

“He grabbed the front door just before it closed. He followed her all the way up, hanging back, staying on the floor behind her all the up to the sixth floor.

“Then, he waited until her door was just about closed and he went in.”

Police found Yuna Lee in her bathtub “bleeding from multiple wounds to the body.” Her alleged attacker was found hiding under a bed, said an NYPD spokesperson.

The building owner said there was “so much blood” at the scene. “My wife said I should call someone to clean all the blood but I’m going to clean it up myself. It’s the least I can do for that poor girl.”

One of Yuna Lee’s neighbors on the sixth floor recalled the woman’s screams for help.

“It sounded like something you would hear out of a movie or of a domestic violence,” he said. “I didn’t think anything of it. I thought, ‘Oh, that’s strange,’ until the police came.”

The suspect, identified as 25-year-old Assamad Nash, was found covered in blood inside the apartment. He allegedly tried to feel using the fire escape before he barricaded himself inside.

The NYPD’s Emergency Service Unit had to bust the door down, according to sources.

“There was a male inside refusing to exit the apartment,” said a Police spokesman.

The woman was pronounced dead at 5:55am by FDNY medics.

A bloody knife was found in the apartment and police believe it was from the woman’s own kitchen. Both Nash and Yuna Lee were stabbed.

Officers attempted to break down Yuna Lee’s door after receiving the call and attempted to use a sledgehammer to get inside but were unable to until ESU showed up.

Nash was spotted trying to run on the fire escape from an officer on the roof of the building, said a source to the New York Post. The suspect then went back inside the apartment only to be found under the bed.

According to authorities, Nash is a homeless career criminal who has multiple open cases against him and has a record of escaping from police custody.

Yuna Lee was a digital producer, who originally lived in New Jersey before moving to New York City, said neighbors.

“She’s from New Jersey, been here less than a year,” said the building’s owner. “Such a sweet girl.”

Police are investigating the possibility of the murder being a hate crime as Yuna Lee was Asian.

“It’s all under investigation,” said the NYPD.

Mayor Eric Adams denounced the attack in a statement.

“I am New Yorkers across the city mourn for the innocent woman murdered in her home last night in Chinatown, and stand with our Asian brothers and sisters today,” he said.

“While the suspect who committed this heinous act is now in custody, the conditions that created him remain,” said Adams. “The mission of this administration is clear: We won’t let this violence go unchecked.”

Nash’s cases against him include 27 counts of criminal mischief from an arrest last month and two arrests in 2021 for possession of stolen property and assault.

In the assault case, he’s accused of punching a straphanger in the eye at the Grand Street station in September while the victim was swiping a MetroCard for another person, said a source.

Nash was busted again in Midtown in January for allegedly damaging multiple MetroCard machines in three subway stations dating back to December.

In total, the suspect has more than a half-dozen arrests since 2015.

“This is so gruesome and so horrible and so cruel,” said state Assemblywoman Yuh-Line Niou in a press conference about the attack Sunday.

Niou broke down in tears while speaking. “We have to make sure that our city has to stop saying sorry, that our state stops saying sorry. Our communities deserve answers and we haven’t been given any.” 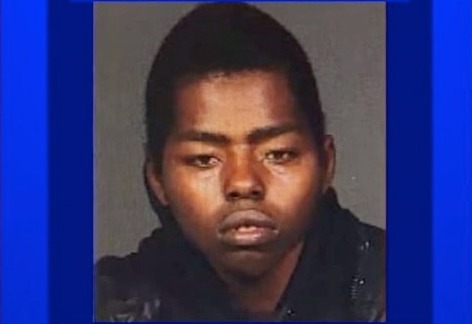 Assamad Nash, 25, has been named as the suspect in the attackCredit: ABC 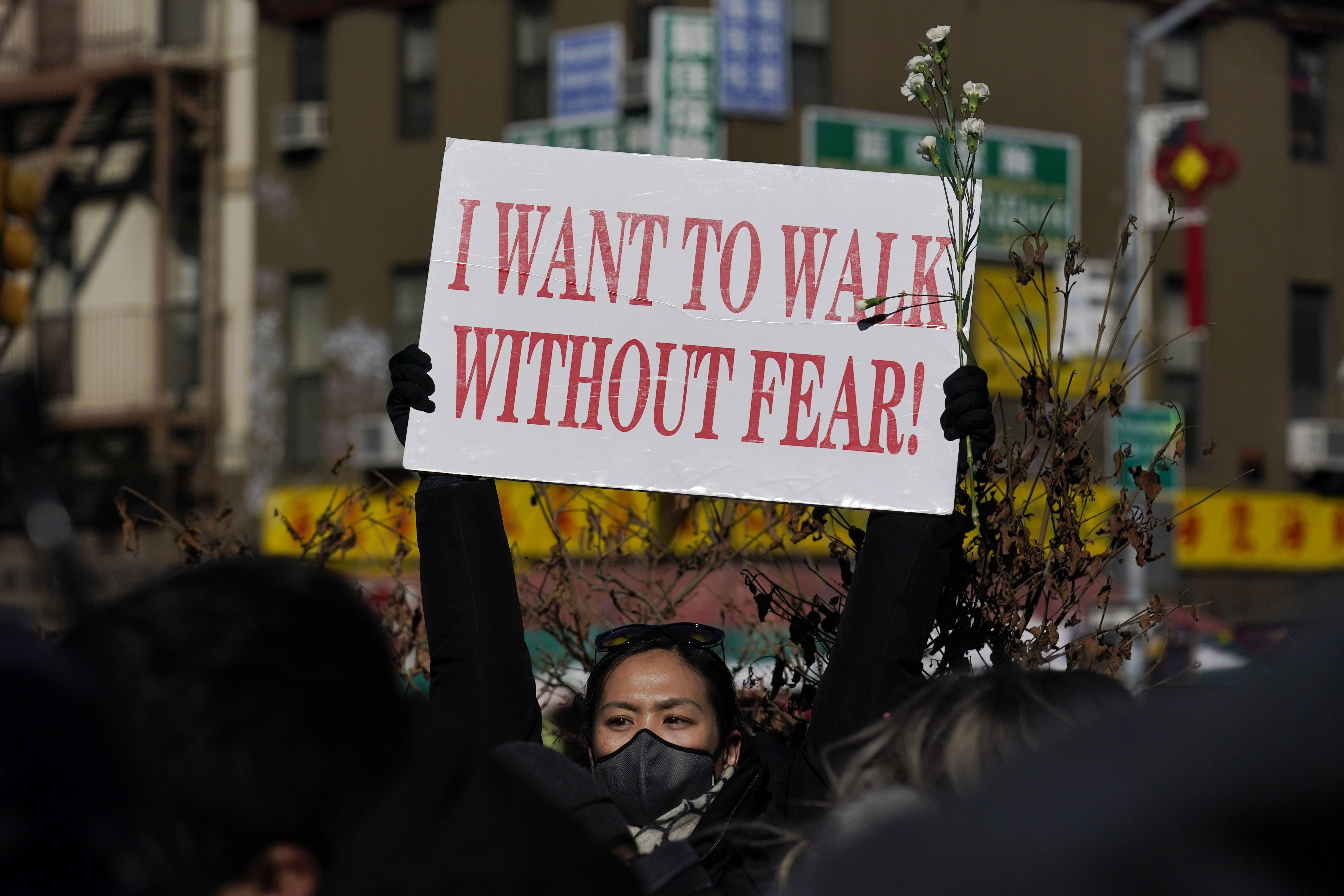 Nash is a career criminal who had multiple open cases against him at the time of the killingCredit: AP 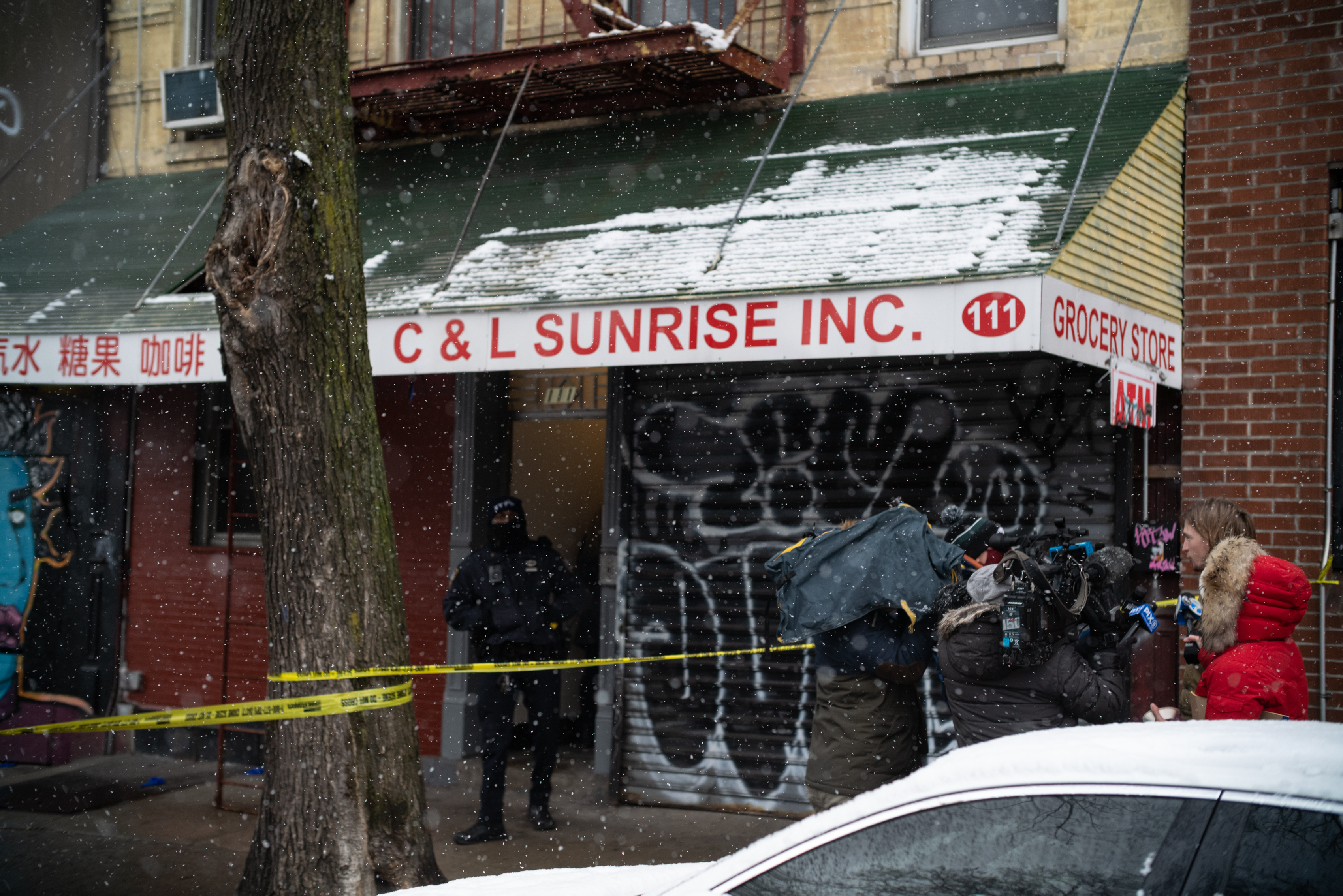 ‘The mission of this administration is clear: We won’t let this violence go unchecked,’ said Mayor Eric Adams in a statementCredit: Zuma Press

Older women who take HRT are more than 50% less likely to die from Covid, scientists say