A MOTHER grieved after her pregnant teenage daughter was shot to death along with four family members by a gunman who was allegedly reprimanded for leaving the house.

Rhonique Hawkins said her daughter, Kiara Hawkins, 19, was only days away from delivering her baby when she was gunned down at a home in Indianapolis, Indiana, on Sunday. 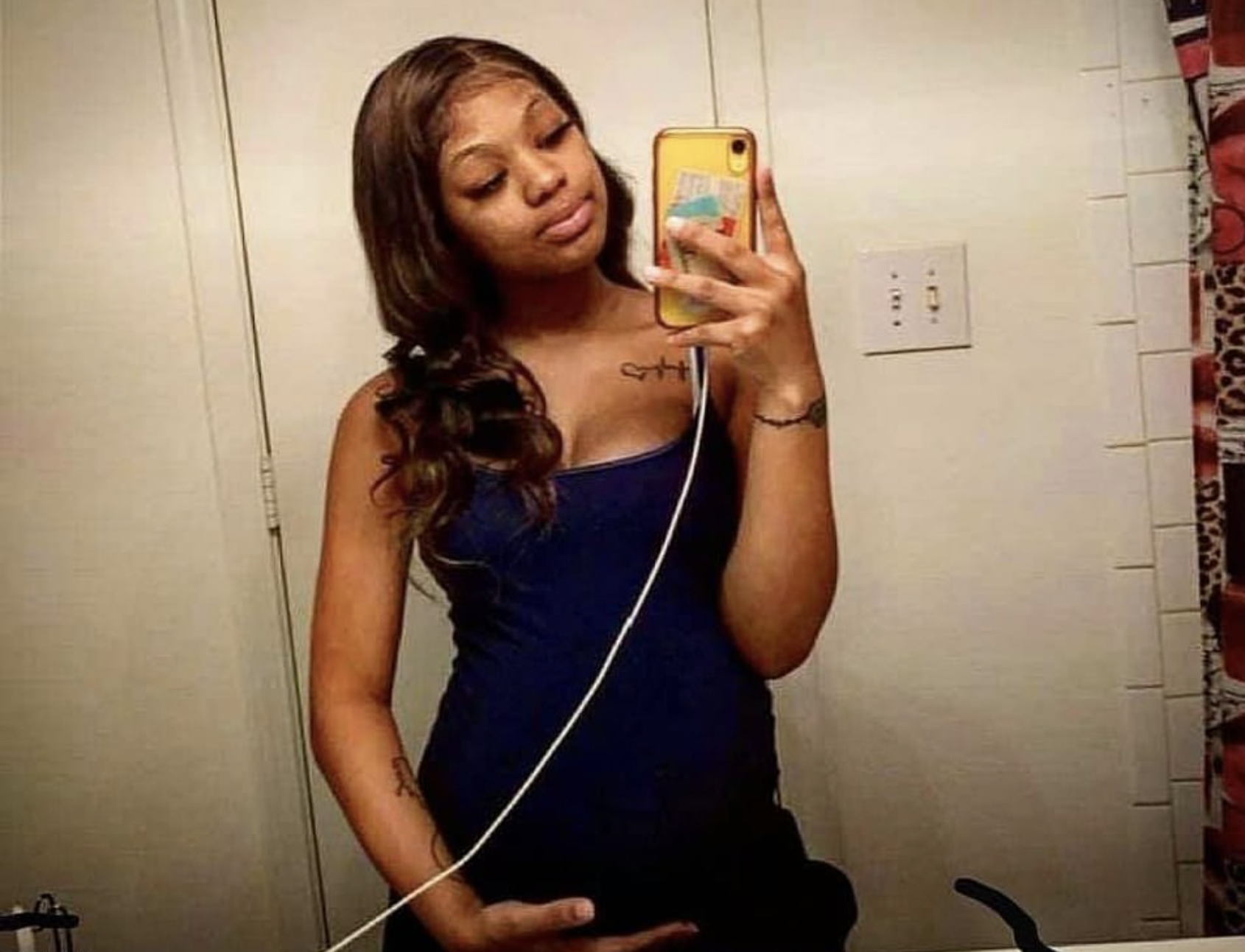 Kiara Hawkins, 19, was just days from her due dateCredit: GoFundMe 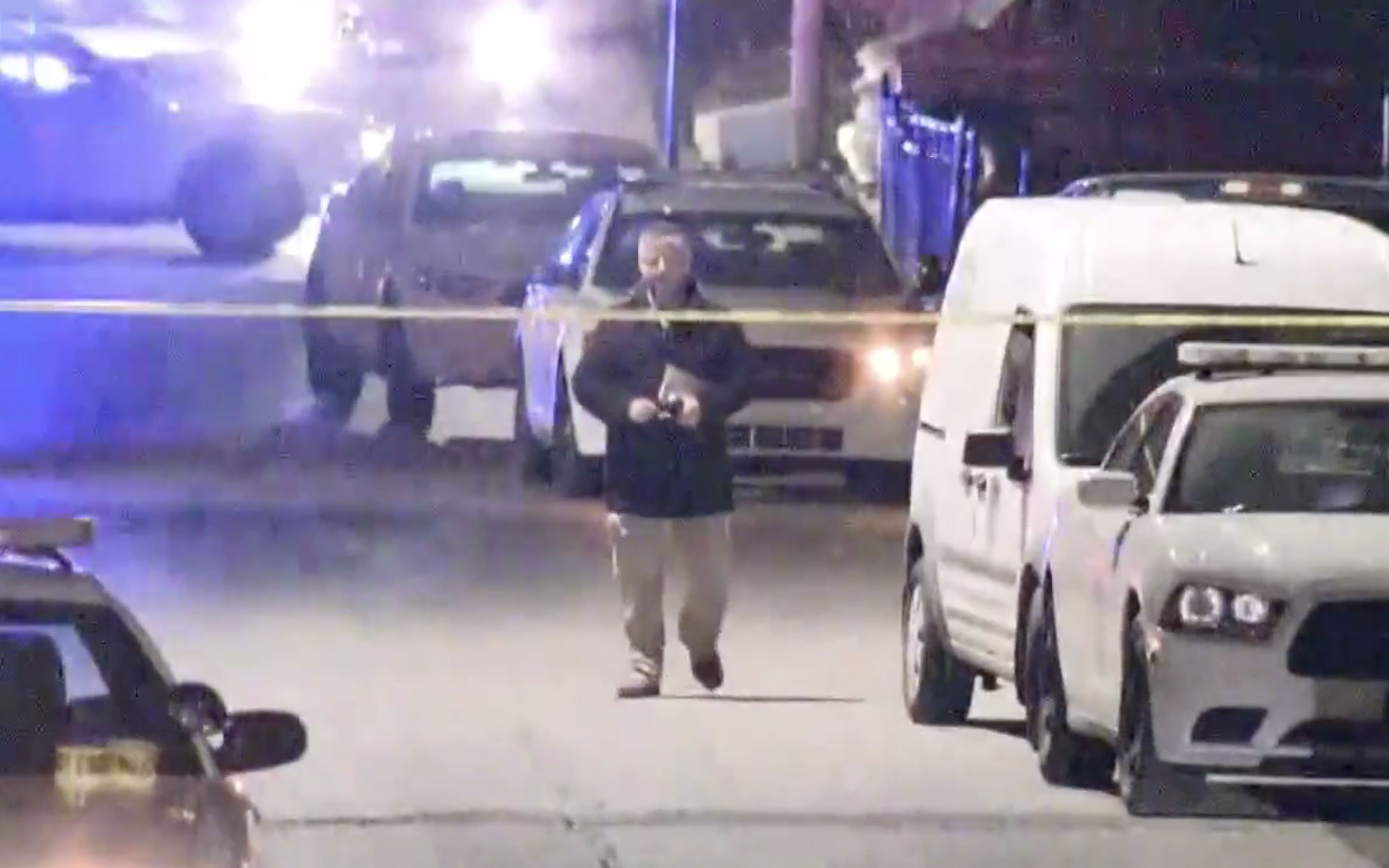 The alleged suspect’s brother told police about the shooting at the Indianapolis homeCredit: NBC

Kiara Hawkins was still alive when police found her and transported to Eskanazi Hospital, where she and her unborn son died.

A seventh victim, 15, was shot, ran down the street and called 911, a police report obtained by FOX59 states.

The victim directed officers toward his house and said, “They killed my entire family,” and identified his older brother as the shooter.

According to the victim, his brother attacked the family after his father yelled at him for going out of the house without permission. 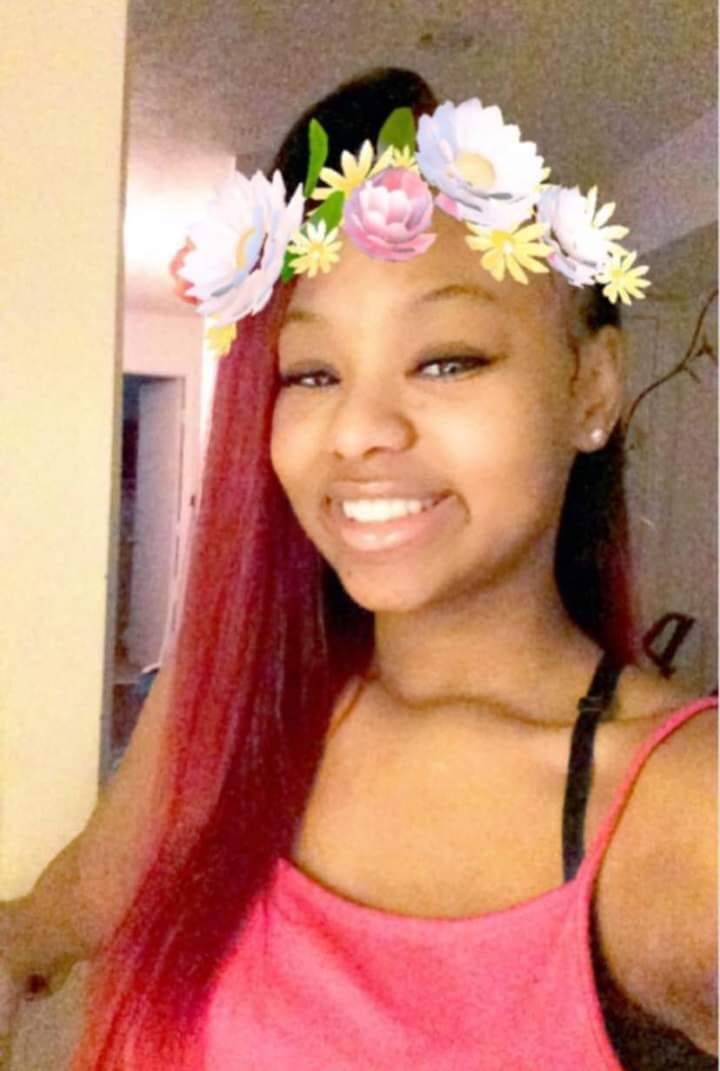 Kiara Hawkins, 19, and her unborn baby died at a nearby hospitalCredit: Facebook 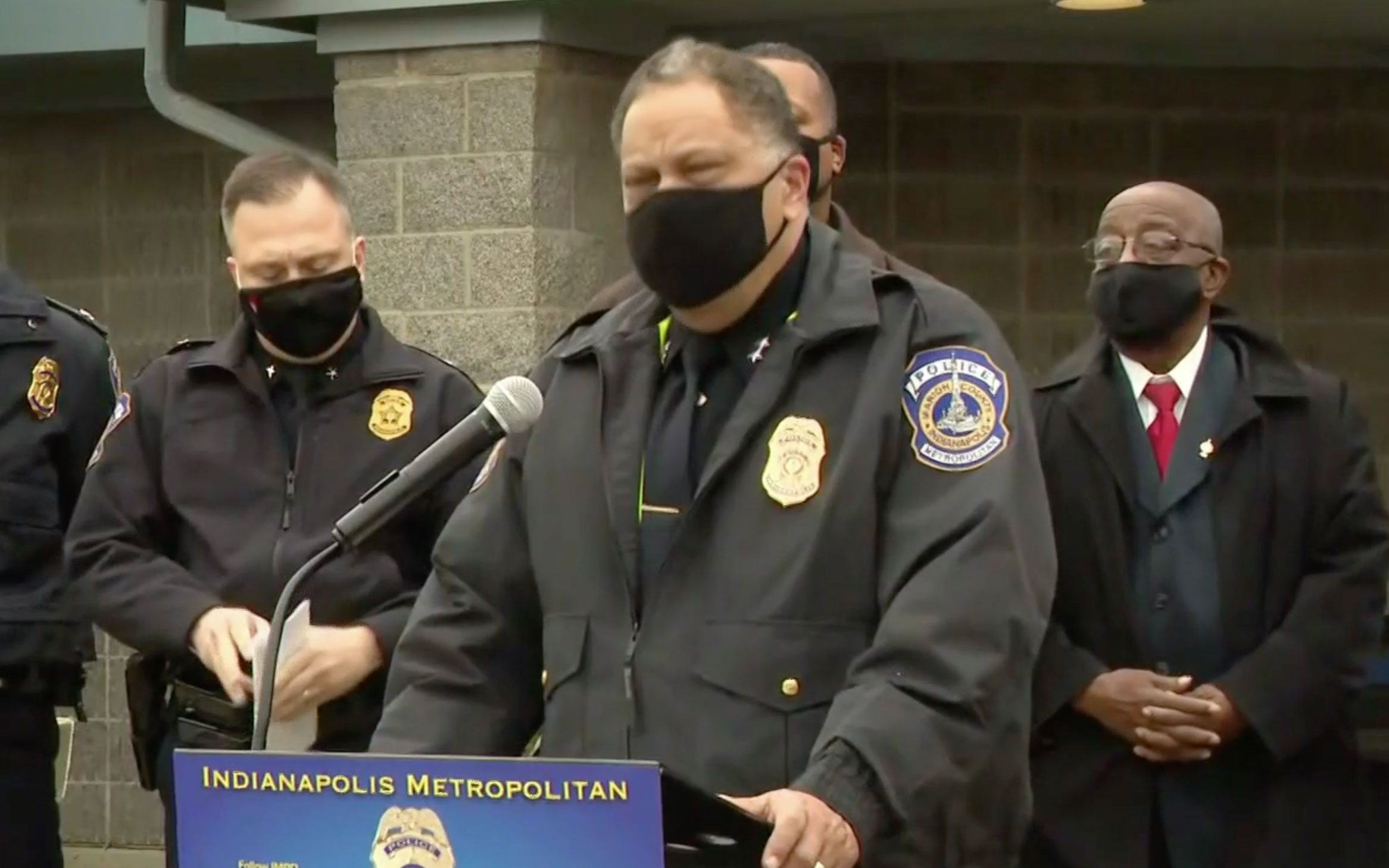 The suspect, 17, who was not identified due to his age, was arrested on Monday about 25 miles away in Plainfield.

“Everything she taught me made me the woman and mom I am today,” the mother told The Daily Mail on Tuesday.

“I love and miss her dearly.” 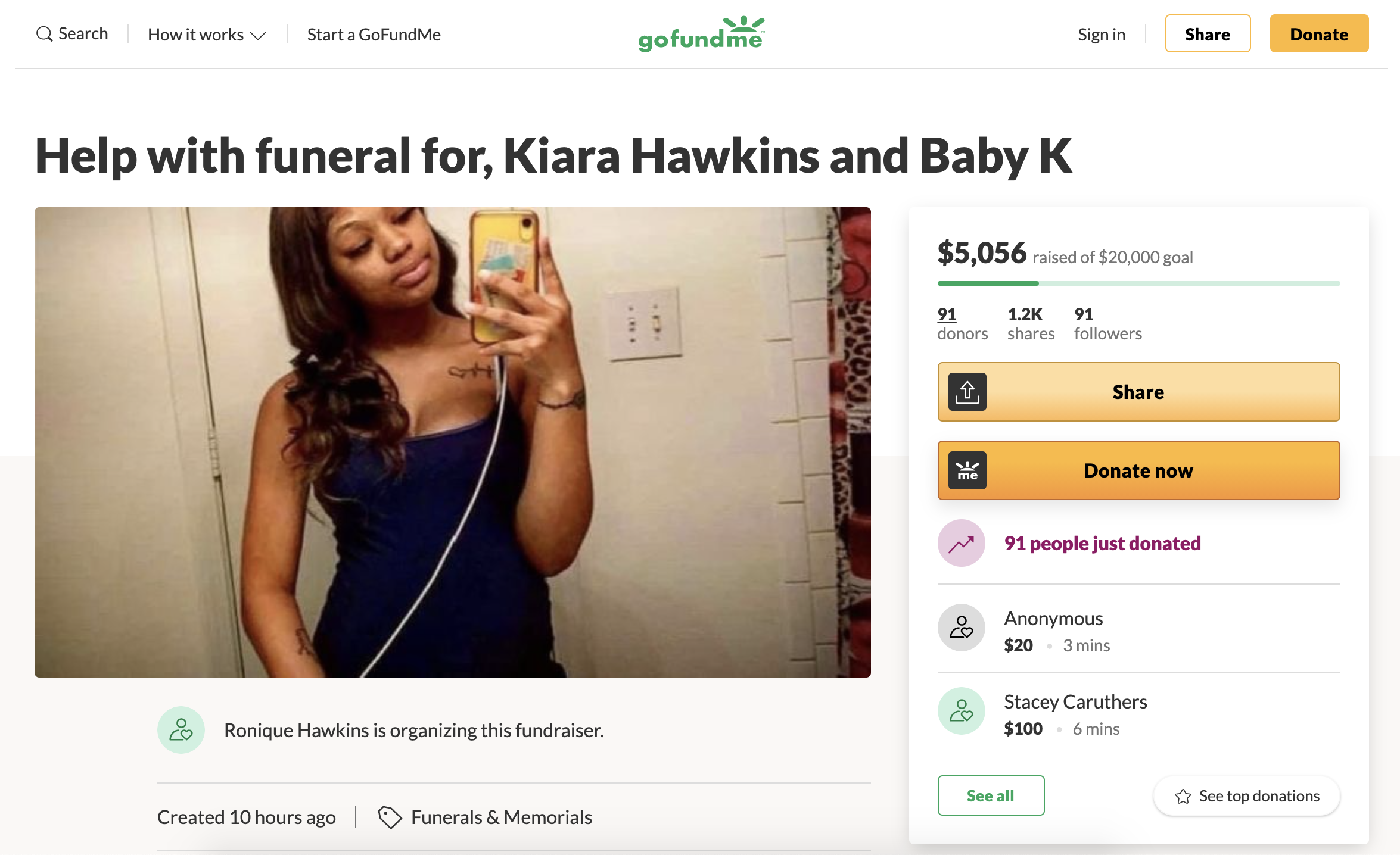 Kiara Hawkins’ mother set up a GoFundMe fundraiser for her daughter and unborn sonCredit: GoFundMe 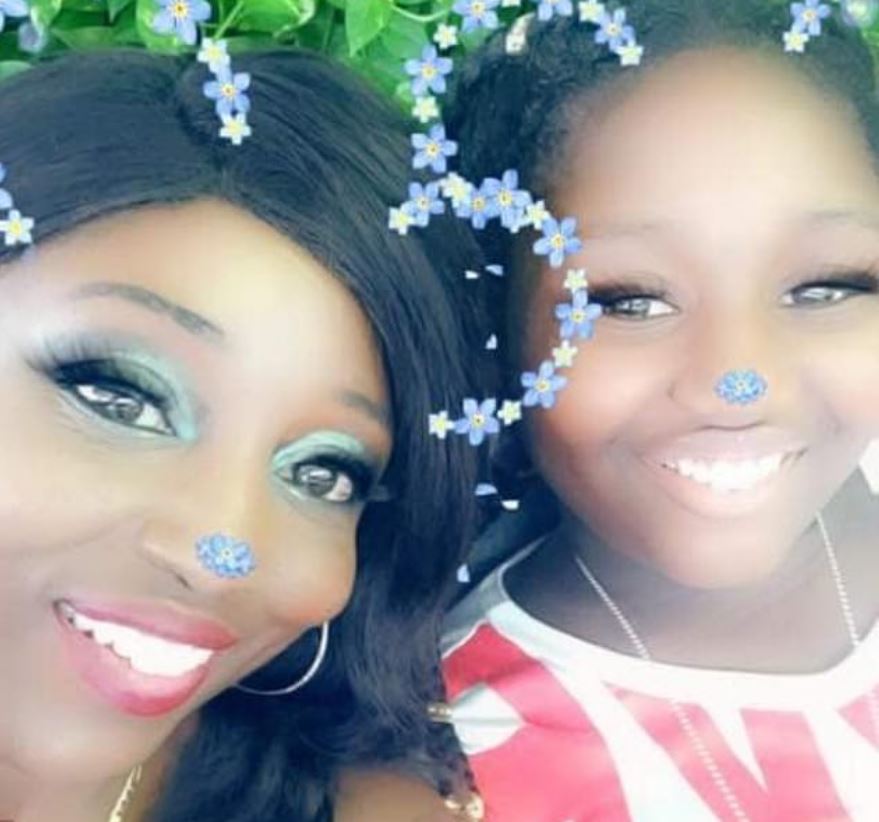 Five family members and an unborn child died in the mass shootingCredit: Facebook

In a GoFundMe fundraiser, Rhonique Hawkins wrote, “My daughter Kiara and unborn grandson (BabyK) was taking away from me.”

“Due to a senseless act of violence I’m asking if anyone can donate anything please do,” the mother wrote.

“I was not prepared for anything like this to happen.”

The other four victims fatally shot were identified as Kezzie Childs, 42, Raymond Childs Jr, 42, their son Elijah, 18, and their daughter Rita, 13. 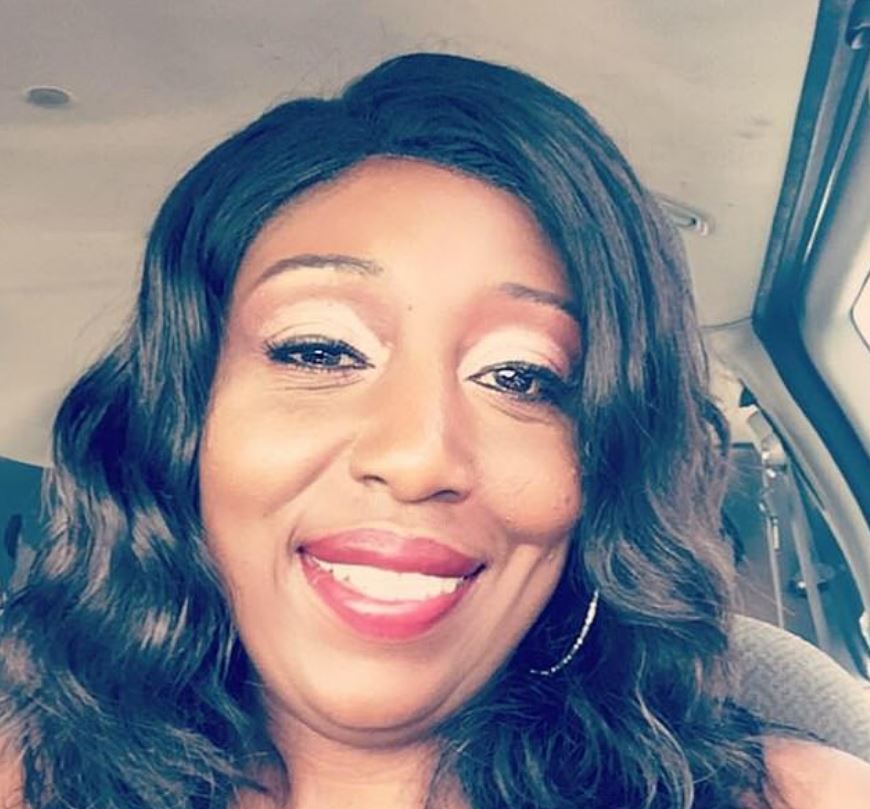 Kezzie Childs, 42, and several of her children were fatally shotCredit: Facebook 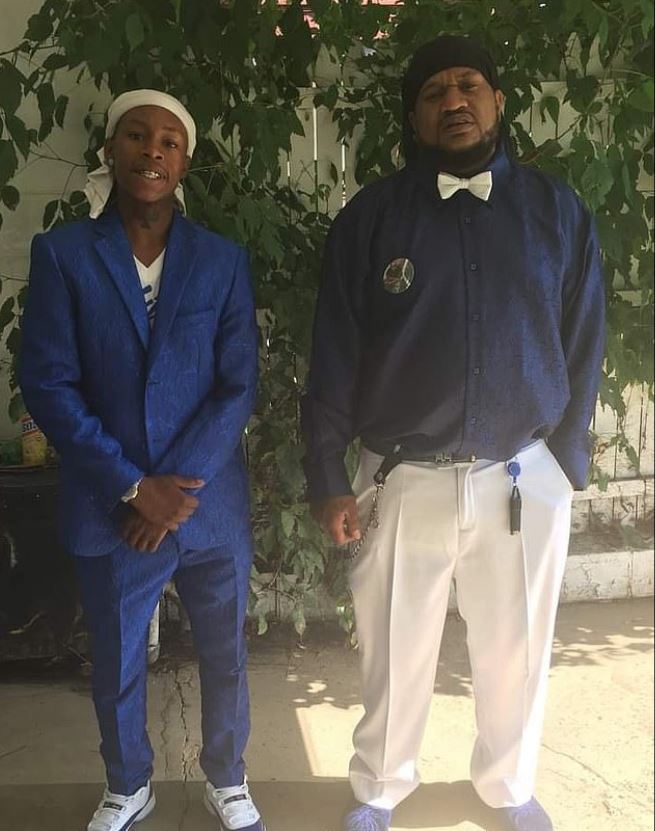 Six family members were killed and a seventh victim was critically woundedCredit: Facebook

The alleged killer’s brother said he heard gunfire upstairs and that his sister screamed.

Then, the suspect “came down the stairs with a draco gun, a handgun that shoots rifle rounds, and started shooting,’’ the brother reportedly told police.

The younger brother, the son of Kezzie and Raymond Childs, was taken to a hospital in critical condition and is expected to recover.

Indianapolis Metropolitan Police Chief Randal Taylor on Monday tweeted that the department delivered on a promise of “swift justice for this heinous act.”

“While removing the alleged perpetrator of yesterday’s mass murder from our neighborhoods does not bring back the lives senselessly lost, hopefully, it will bring us one step closer to healing as a community,” Taylor said.

Indianapolis Mayor Joe Hogsett on Sunday said the crime was “not a simple act of gun violence” and also called it a “mass murder.”