THE ALL-STAR Game will be moving to Colorado after the MLB decided to move the action-packed game out of Atlanta in protest of Georgia’s restrictive voting laws.

The Colorado Rockies will host the 2021 Major League Baseball All-Star Game on July 13, with the event moving to Coors Field in Denver, where the Rockies play. 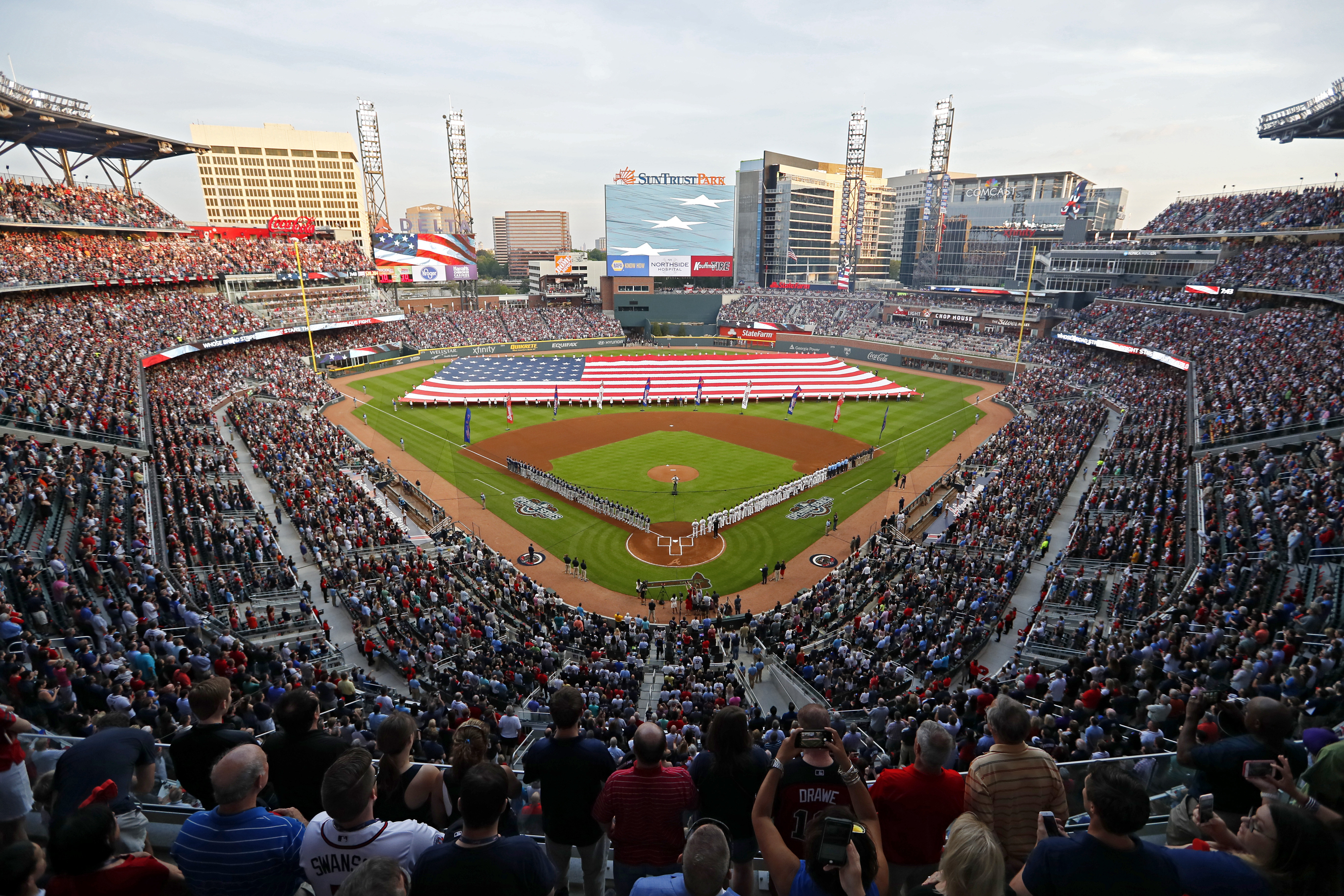 The MLB All-Star Game will move to Colorado in July instead of GeorgiaCredit: Getty

The last time the stadium saw such an event was in 1998 when the American League beat the National League 13 to 8.

The move comes as the MLB decided to leave Georgia in light of its new voting laws that many have called restrictive, if not worse.

MLB Commissioner Rob Manfred announced on Friday the league would be leaving the Braves’ home turf in July due to the Republican-led election laws signed by Georgia Governor Brian Kemp.

Such laws prevent people from handing out food and water to those standing in line, a common scene given how long waiting lines are and how hot Georgia gets.

Many politicos have called the laws a new version of “Jim Crow,” relying on voter disenfranchisement to keep people away from the polls.

A majority agree that Republicans, led by Kemp, acted in retribution to their Senate losses in January that saw the election of Democratic Senators Raphael Warnock and Jon Ossoff.

“Over the last week, we have engaged in thoughtful conversations with Clubs, former and current players, the Players Association, and the Players Alliance, among others, to listen to their views,” Manfred said in a statement.

“Major League Baseball fundamentally supports voting rights for all Americans and opposes restrictions to the ballot box,” he continued. “Fair access to voting continues to have our game’s unwavering support.”

Republicans have long pointed to non-existent voter fraud as reason why states needed to curtail voting by beefing up voter legislation.

Biden beat Trump in Georgia by over 12,000 votes in addition to the two Senate seats that turned blue this year.

Likewise, games bring millions of dollars to the respective city – the 2013 All-Star game held in New York brought in a whopping $191 million.