ARSENAL boss Mikel Arteta praised keeper Bernd Leno for ‘saving’ their season after a pair of superb stops inspired a fightback in the first leg of their Europa League semi-final against Villarreal.

The Gunners were on the ropes at 2-0 down in Spain and it could have gotten worse for the North London side had their German shot-stopper not brilliantly denied Gerard Moreno on two occasions in the second half. 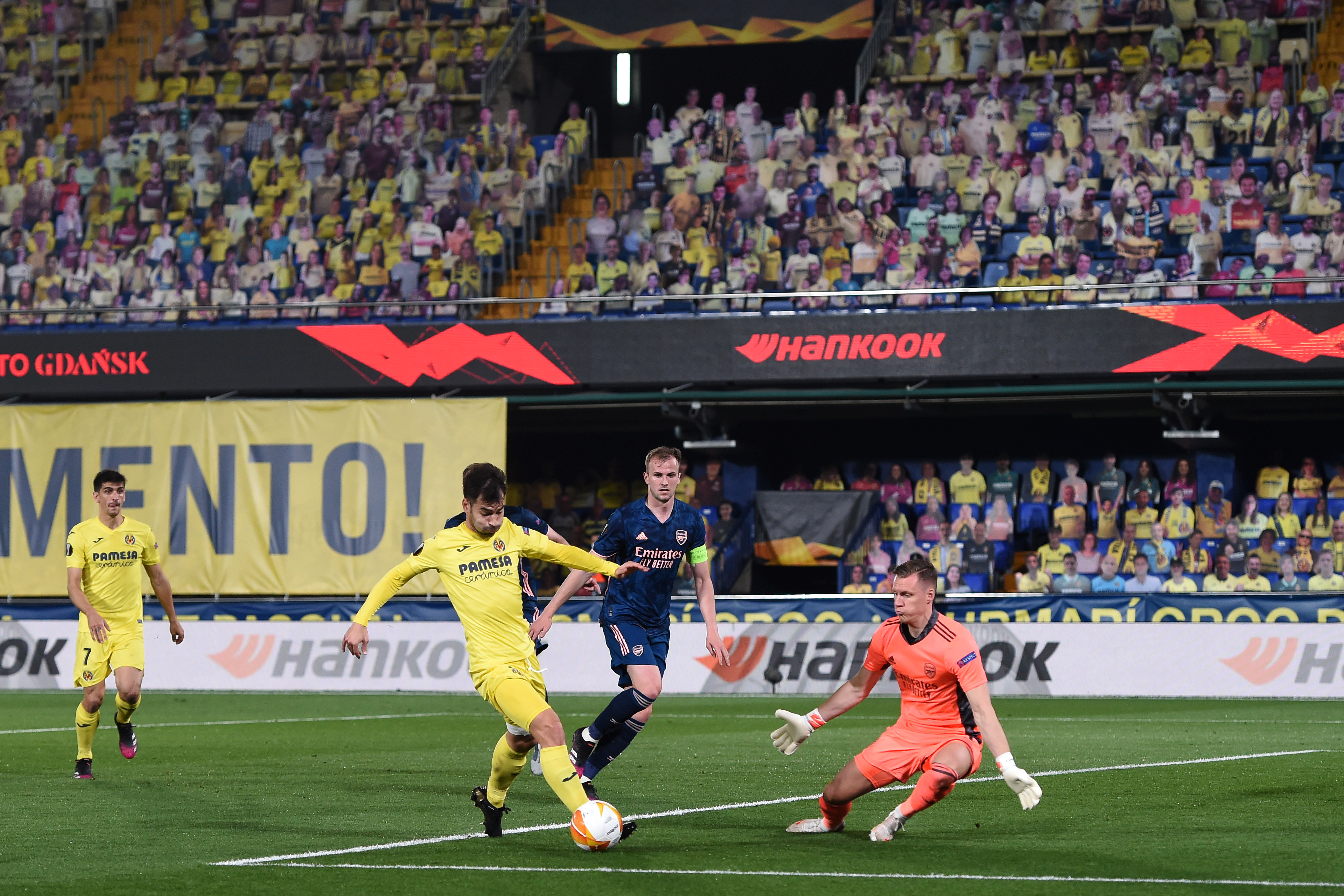 Leno kept Arsenal in the tie on a couple of occasions with the score at 2-0Credit: Getty

And those saves were rewarded when Bukayo Saka won a penalty for the visitors and Nicolas Pepe converted to grab Arsenal a vital away goal.

Arteta singled out Leno after the game for keeping them in the tie, with the Europa League the only competition left for the Gunners to compete for this season.

As reported by the BBC, the Arsenal manager said: “We didn’t want to come here and lose but after the way the game developed, you have to take the result. If you have to lose it is probably the best result we could have.

“Two different halves. We started to be us, in the first half there were so many moments we weren’t.

“Bernd Leno was very good, at 2-0, the chance with Gerard Moreno, he saved us.

“We had a big chance with Auba to draw the game. I am confident we have a chance to win.”

Arsenal return to the Emirates for the second leg next Thursday knowing they need to score just one goal to take them through to the final.

But they will have to do so without midfield maestro Dani Ceballos after he was sent off for a second yellow card in the 57th minute.

In the other Europa League semi-final, Manchester United put one foot in the final after a thumping 6-2 victory over Roma at Old Trafford.

If Man Utd and Arsenal reach the final, it will be the second time in three years that the Europa League is decided between two English teams after the Gunners finished runners-up to Chelsea in 2019.