A seven-second video clip shared on Twitter showed dozens of demonstrators standing outside the Metropolitan Museum of Art and shouting: “If we don’t get no justice, then they don’t get no peace.”

Police arrested a woman during a ‘Defund the Police’ protest outside the Metropolitan Museum of Art on September 13, 2021Credit: AFP 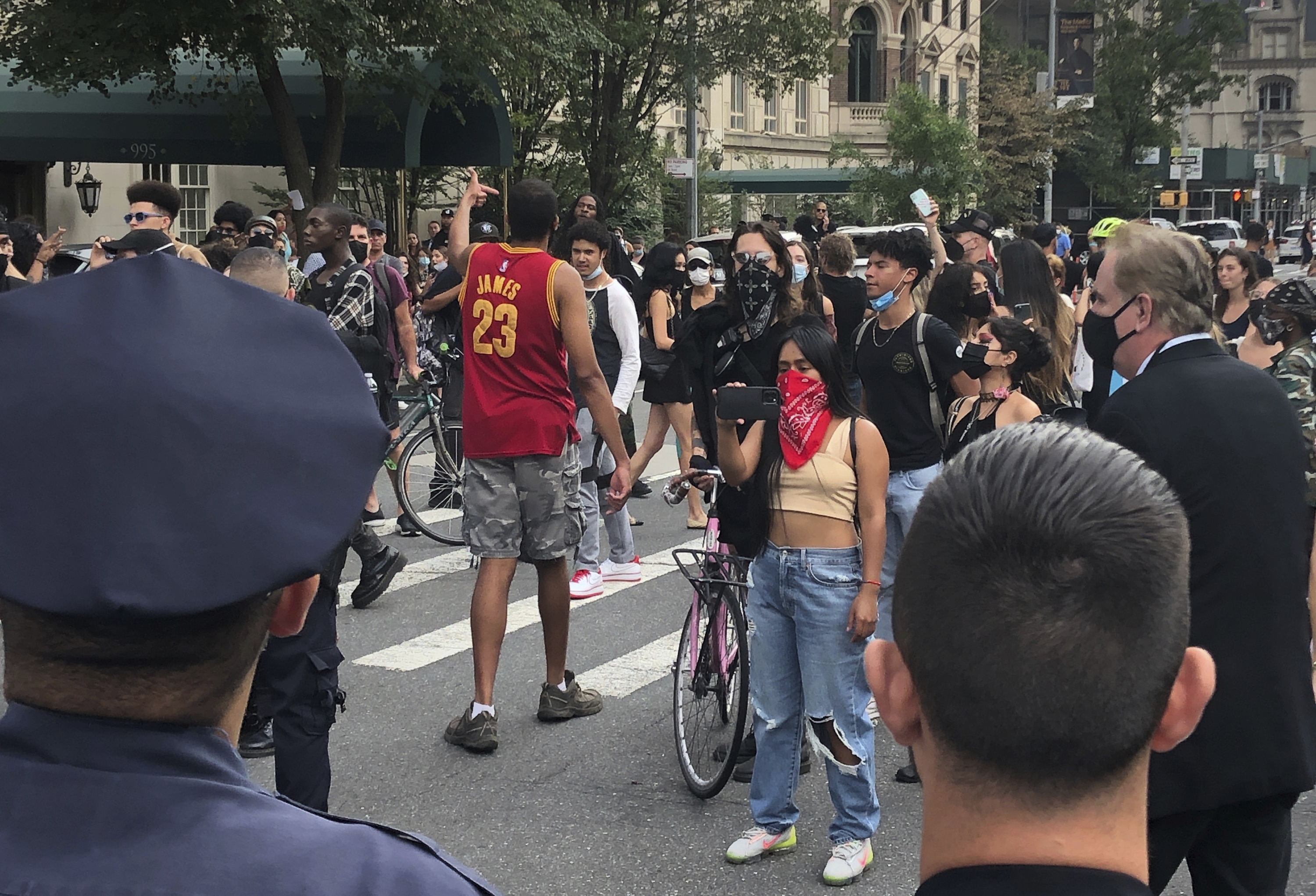 Dozens of protesters took the streets outside of The Metropolitan Museum of Art’s Costume Institute benefit galaCredit: AP

Alongside the footage, the Twitter user wrote: “There is a #BlackLivesMatter protest outside the #MetGala this year’s theme ‘In America: A Lexicon of Fashion.'”

Another clip showed several protesters being taken away in handcuffs by police.

As hundreds of people looked on behind police barricades, one woman is heard screaming: “This is what they do… they don’t care.”

Protesters took to the streets as this year’s Met Gala — which marks the Costume Institute’s 75th anniversary — returned Monday night after the coronavirus caused the 2020 event to be canceled.

The Met Gala, short for the Metropolitan Museum of Art’s Costume Institute Gala, normally takes place on the first Monday in May.

The event, which raises money for the costume institute, has been split into two this time around.

The exhibition is called In America: A Lexicon of Fashion and will explore US fashion.

Filmmaker Melina Matsoukas, known for the drama film Queen & Slim, has been commissioned to create an open-ended film to project in the galleries, with content changing during the course of the exhibition.

Max Hollein, the Met’s director, said in a statement: “Fashion is both a harbinger of cultural shifts and a record of the forces, beliefs, and events that shape our lives.”

The theme in 2018 was Heavenly Bodies: Fashion and the Catholic Imagination, with Rihanna coming dressed as the Pope, while 2019 was Camp: Notes on Fashion, which featured a show-stopping entrance from Lady Gaga.

Earlier this month an NYPD car was reportedly attacked by Black Lives Matter protesters who police believe poured gasoline on the vehicle with cops inside.

Demonstrators gathered outside of the 46th precinct station in the Bronx after Mike Rosado, 24, was fatally shot by off-duty cops.

Police said that on September 3, one of those protesters picked up a red gas can and began pouring it onto a parked police van, which officers were sitting in.

Shocking bodycam footage shows a person pouring what appears to be gasoline over the vehicle.

Cops told the New York Post that the cops inside were able to drive away before anything was ignited. 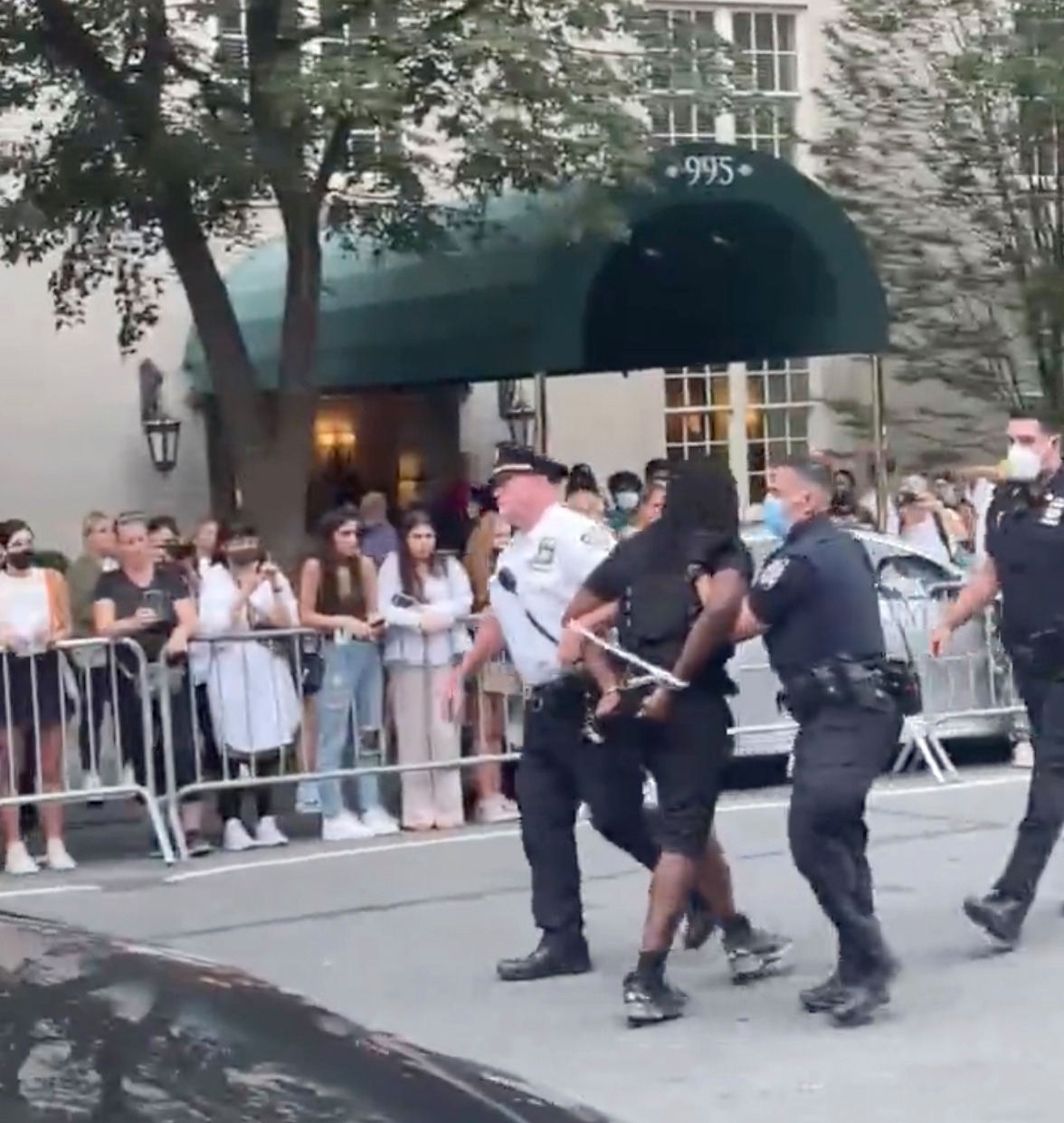 Police arrest a man near the annual fashion eventCredit: Twitter 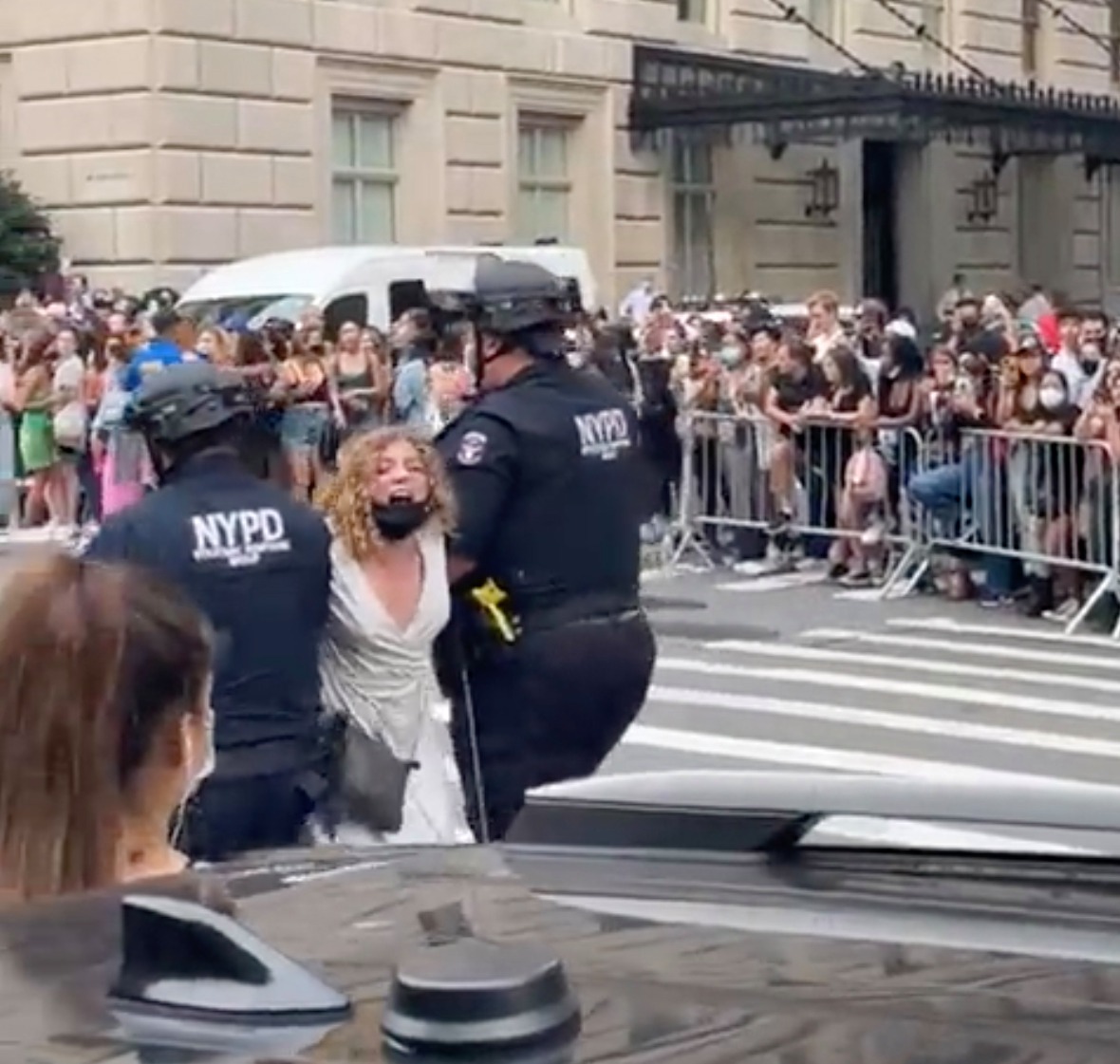 As hundreds of people looked on behind police barricades, one woman is heard screaming: ‘This is what they do… they don’t care’Credit: Twitter 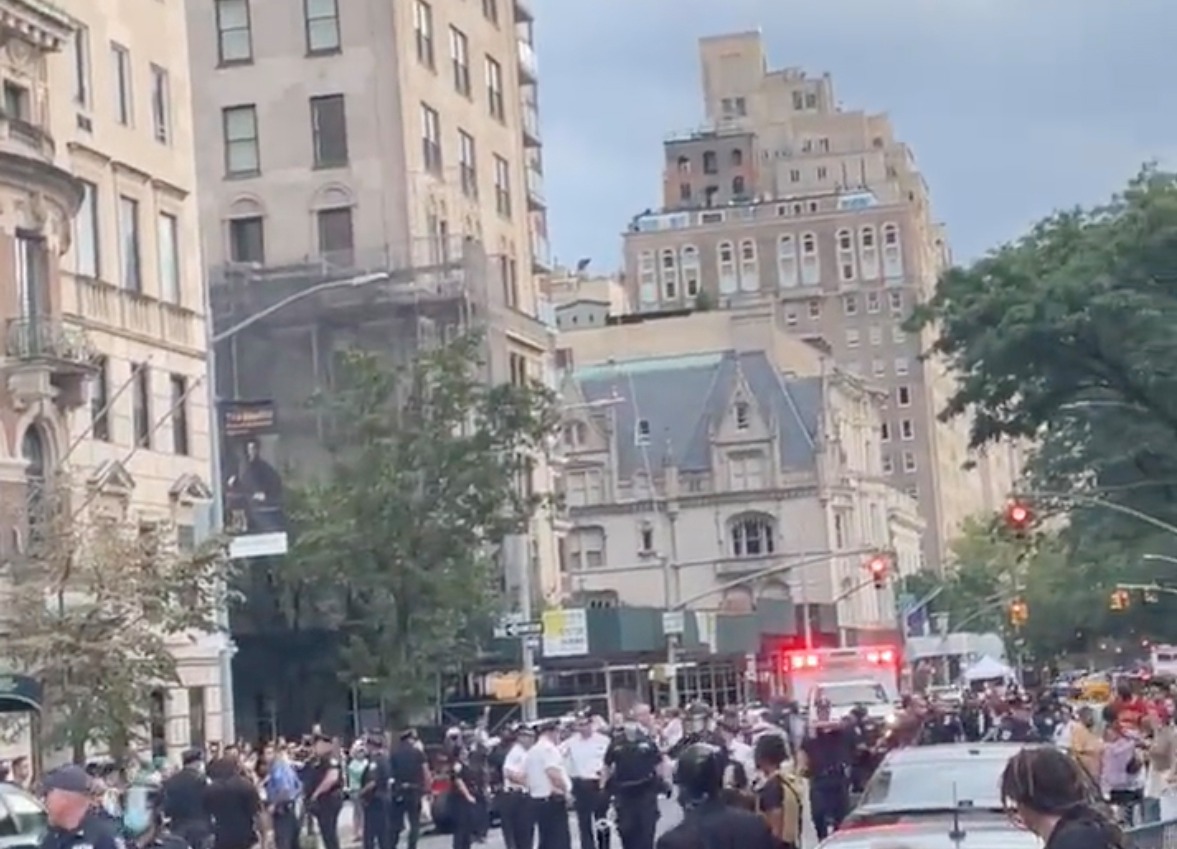 Protesters took to the streets as this year’s Met GalaCredit: Twitter