ANGELA Merkel has today told Germans not to take holidays abroad at all this year.

The Chancellor made the declaration as Germany faces a third wave of Covid. 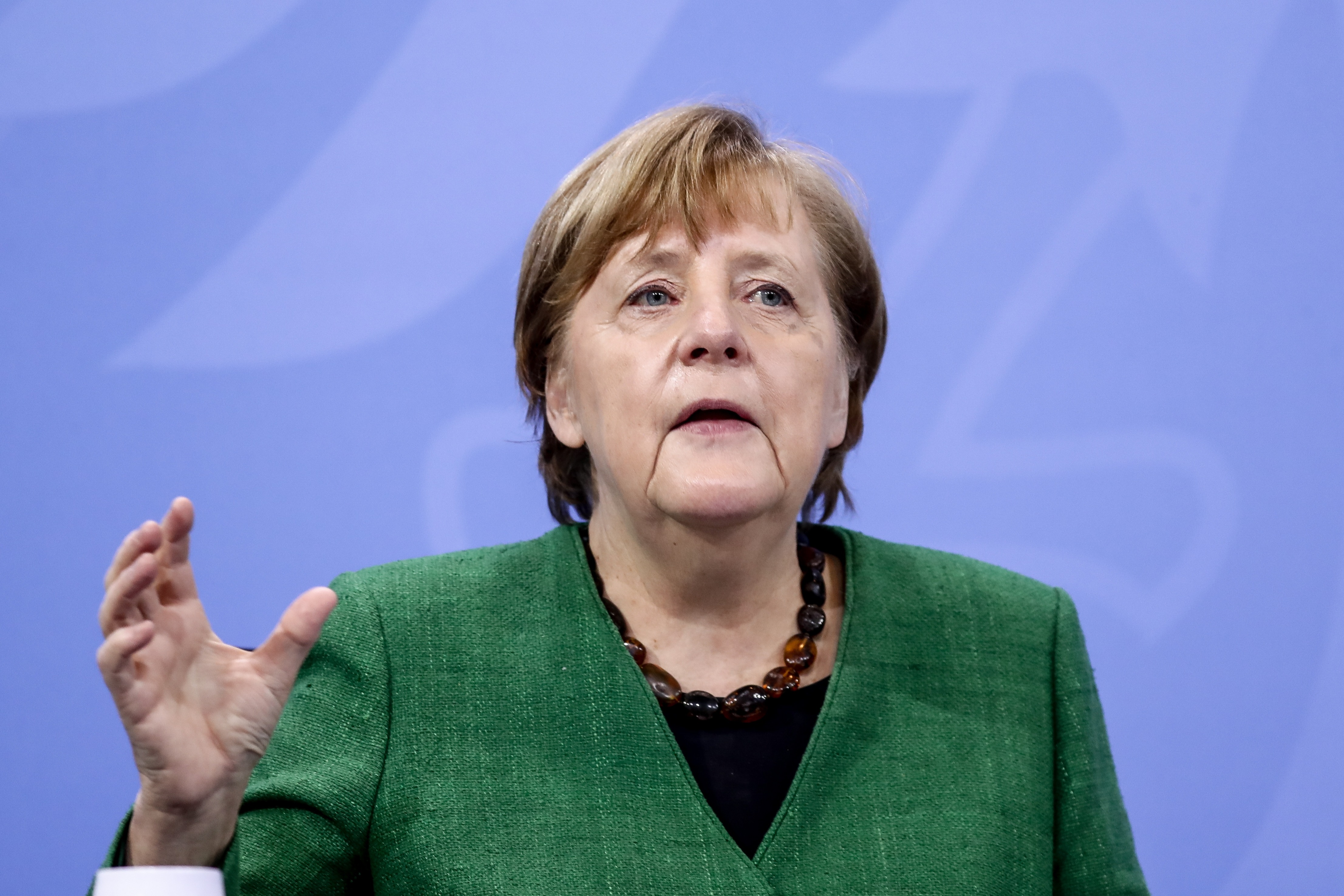 Angela Merkel has today told Germans not to take holidays abroad at all this yearCredit: Getty 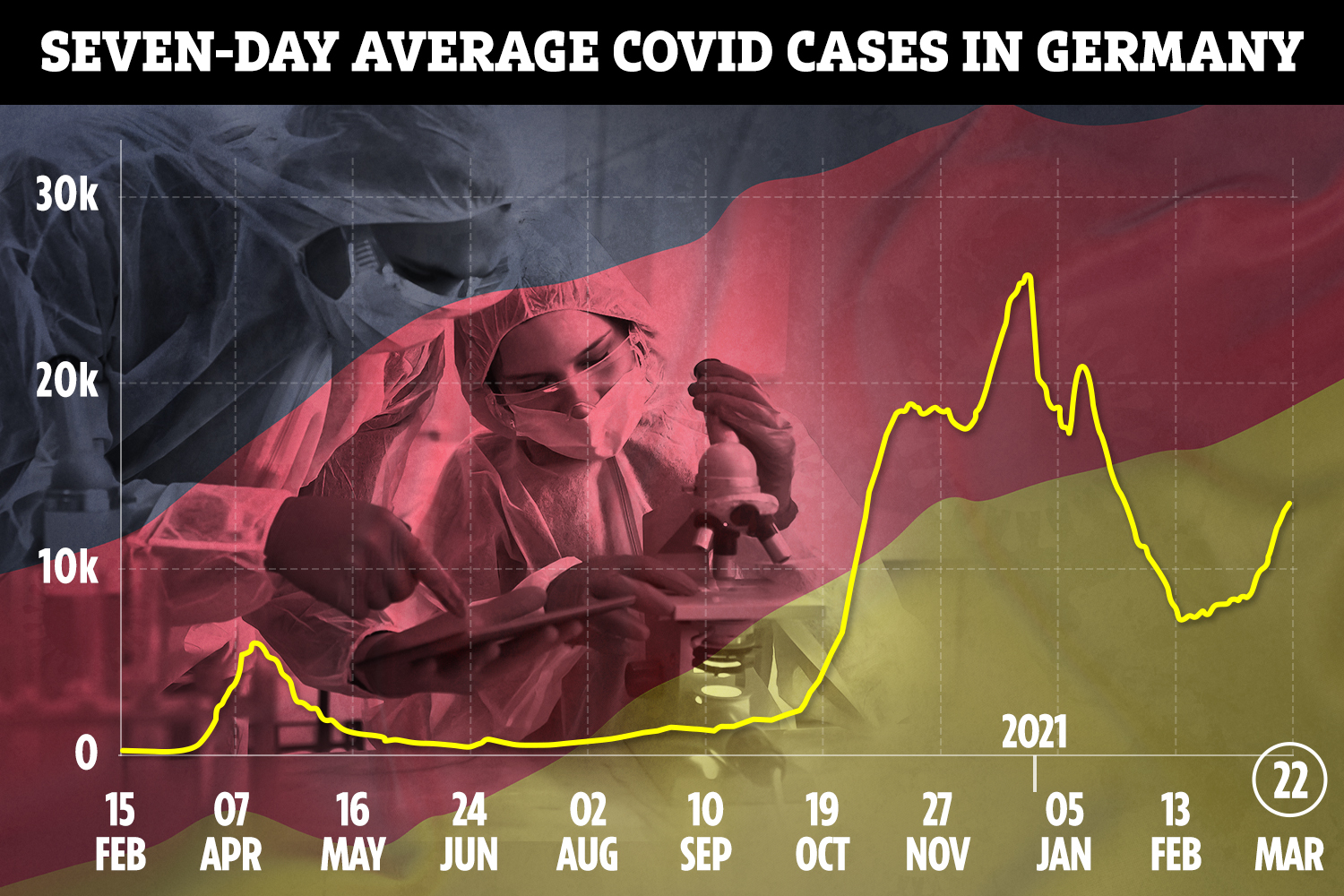 She said: “Overall, I am not hiding the fact that we are actually giving the travel advice that you should not travel this year.”

It comes as the EU threatens to block AstraZeneca jabs from coming to Britain in order to stock up on its own supplies.

Under new Covid laws people will be officially banned from leaving without a reasonable excuse as Europe battles a third wave of the killer bug.

Meanwhile, new lockdown restrictions will be introduced in Germany from the beginning of April, as Chancellor Angela Merkel declared the country was in a “new pandemic”.

She blamed an “exponential” rise in coronavirus cases as the reason for the restrictions, saying the Kent Covid strain had caused the increase.

Mrs Merkel had warned earlier that restrictions would increase if Germany’s infection rate went above 100.

The infection rate was 104 on Sunday and rose to 107 yesterday.

All travellers to Germany will have to be tested for Covid before boarding a flight.

Overnight curfews could be imposed for the first time across the country in regions where the seven-day incidence rate surpasses 100 per 100,000 people.

Lars Schaade, vice president of the Robert Koch Institute for infectious diseases, told reporters on Friday: ‘It is very possible that we will have… very high case numbers, many severe cases and deaths, and hospitals that are overwhelmed.”

Covid cases and deaths in Europe are surging largely thanks to the EU’s shambolic jab program, which is now made worse by leaders raising doubts about the safety of the AstraZeneca jab.

But new YouGov poll results released found that the majority of people in France, Germany, Spain and Italy viewed the vaccine as unsafe after it was bad-mouthed by European leaders. 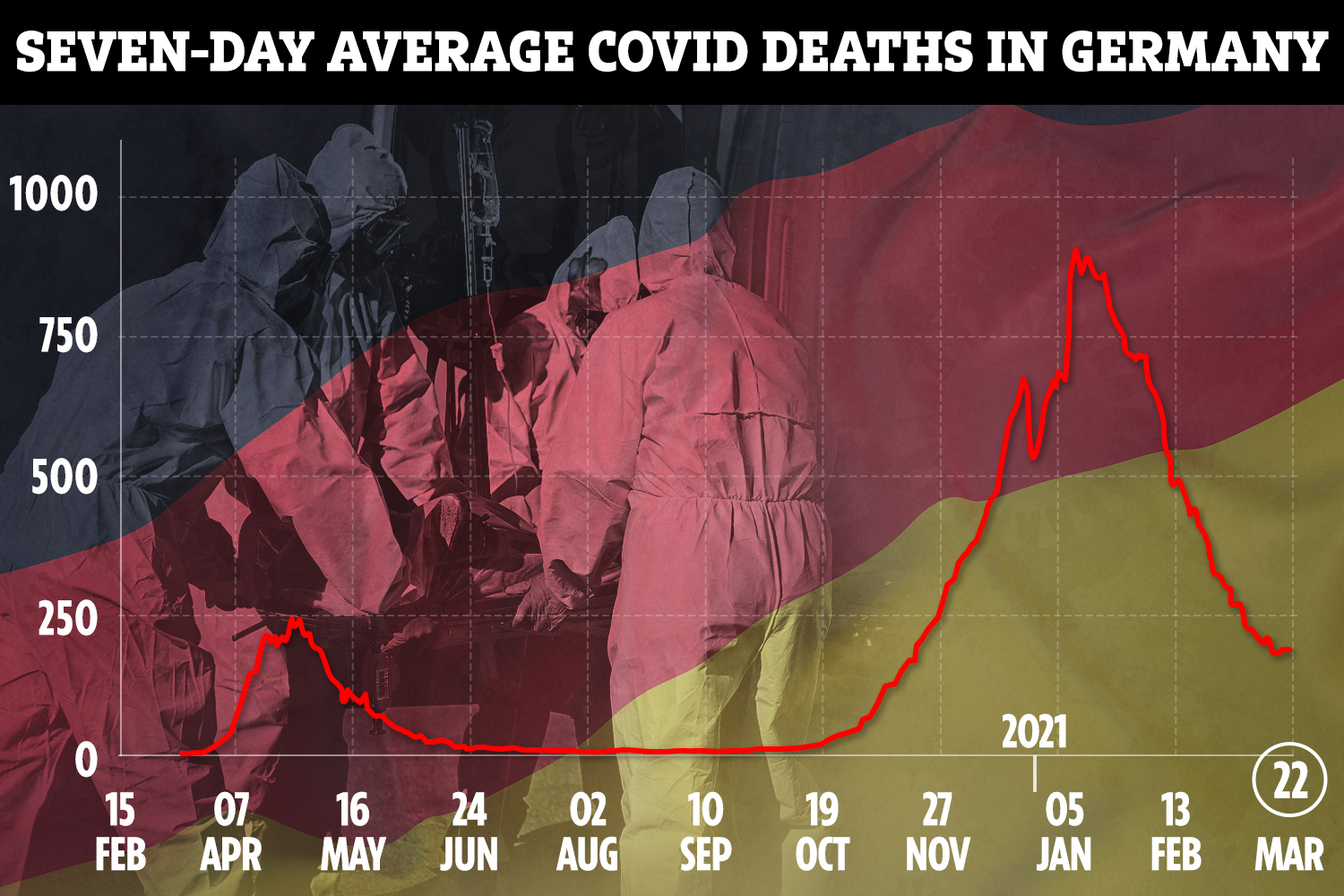