FRANCE and Germany have begged Vladimir Putin to supply them with the Russian-made vaccine – after Angela Merkel suspended use of the Oxford/AstraZeneca jab for the under-60s.

In yet another huge blow for the EU’s bungled jabs roll-out, the Chancellor announced that while she’ll take the British vaccine, it’s being partially suspended for younger people. 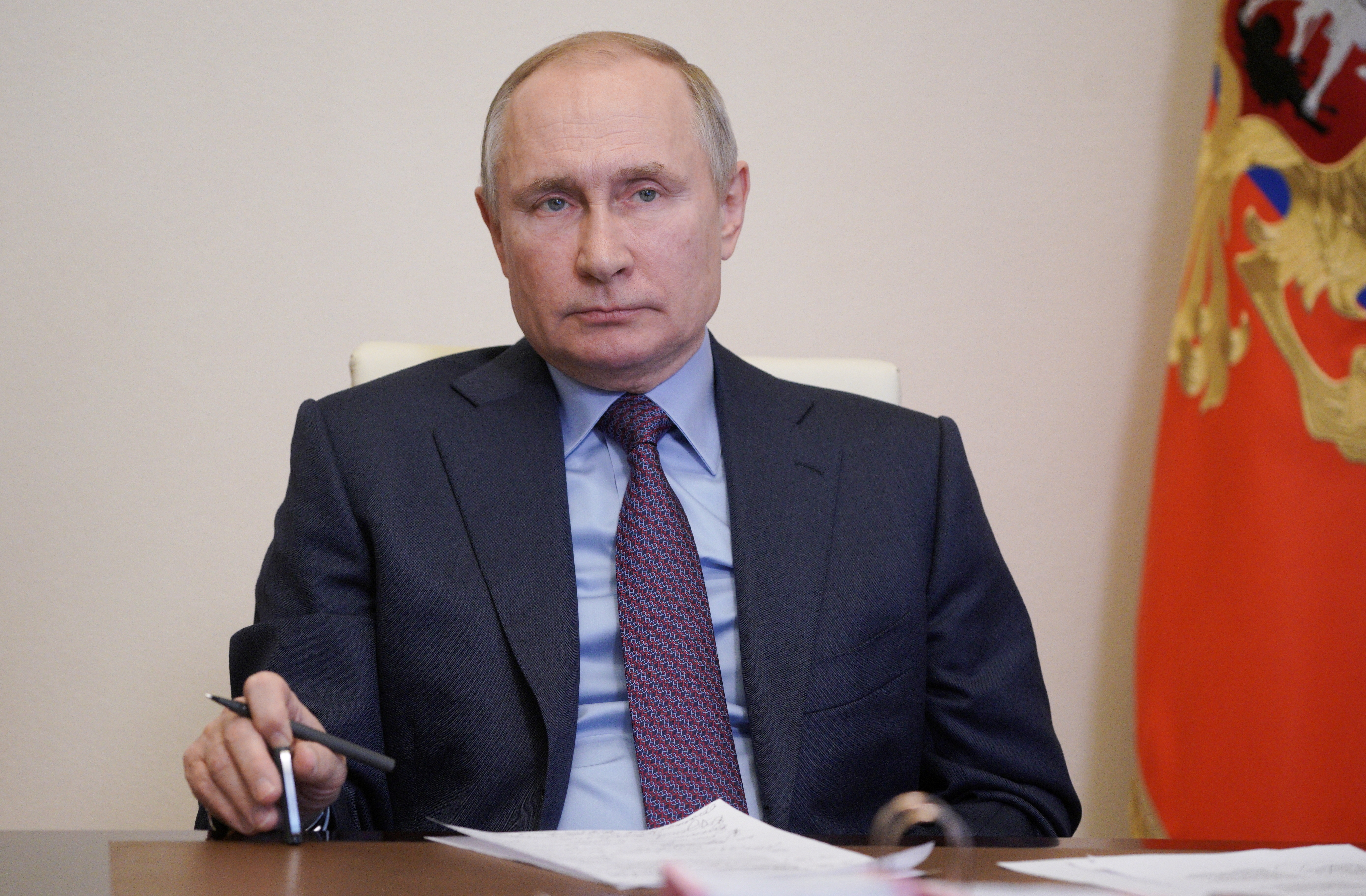 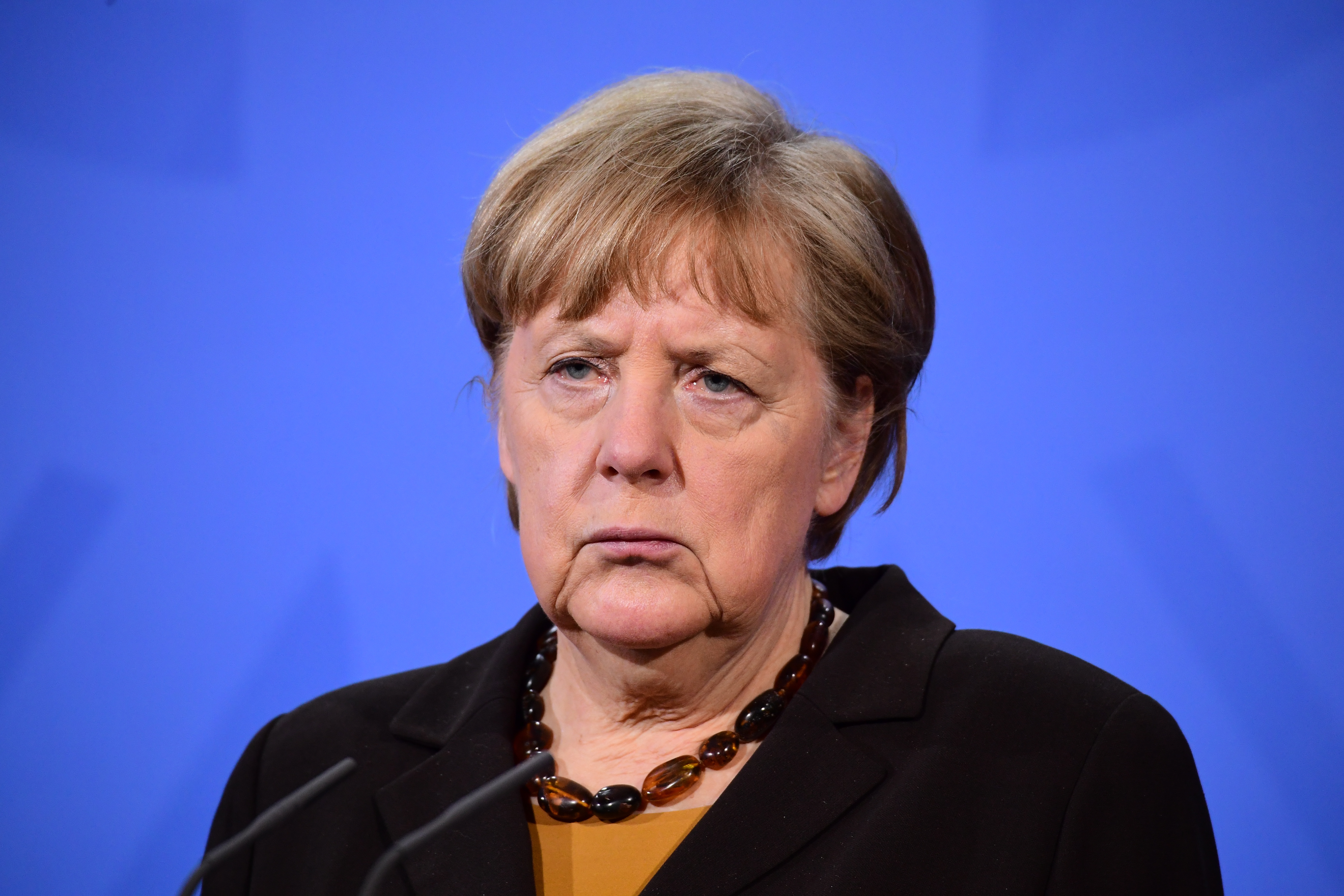 Angela Merkel and Emmanuel Macron have reportedly asked Russia for doses of its Sputnik vaccineCredit: EPA

And Merkel and French president Emmanuel Macron have now turned to Russia to discuss using shipments of the Sputnik jab when it’s approved by health regulators.

The European pair hosted a video call with Putin this evening, the Telegraph reports.

It comes after German authorities identified 31 cases of blood clots known as cerebral sinus vein thrombosis in those given the AstraZeneca jab.

Among the cases, 29 involved women and nine had resulted in death., they said.

Canada has also reduced the use of the jab, banning it for the under-55s, and France has yet to authorise its use for younger age cohorts.

But in the meantime, Europe is battling a huge surge in infections – and Merkel last week compared the wave to a new pandemic.

Last night, the chancellor, 66, said: “I have said when it is my turn, I will get vaccinated, also with AstraZeneca.

“The possibility of me being vaccinated is nearing.” 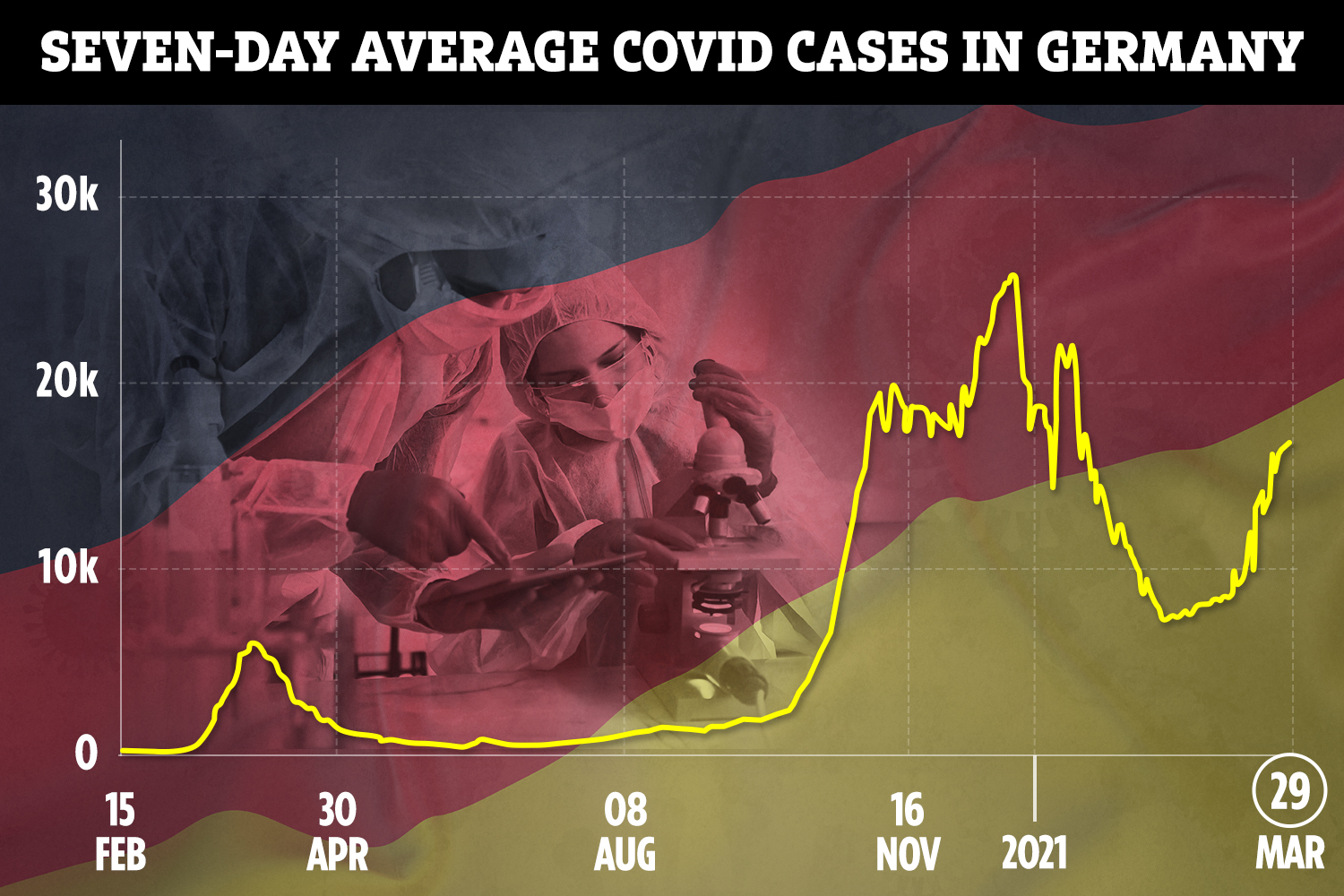 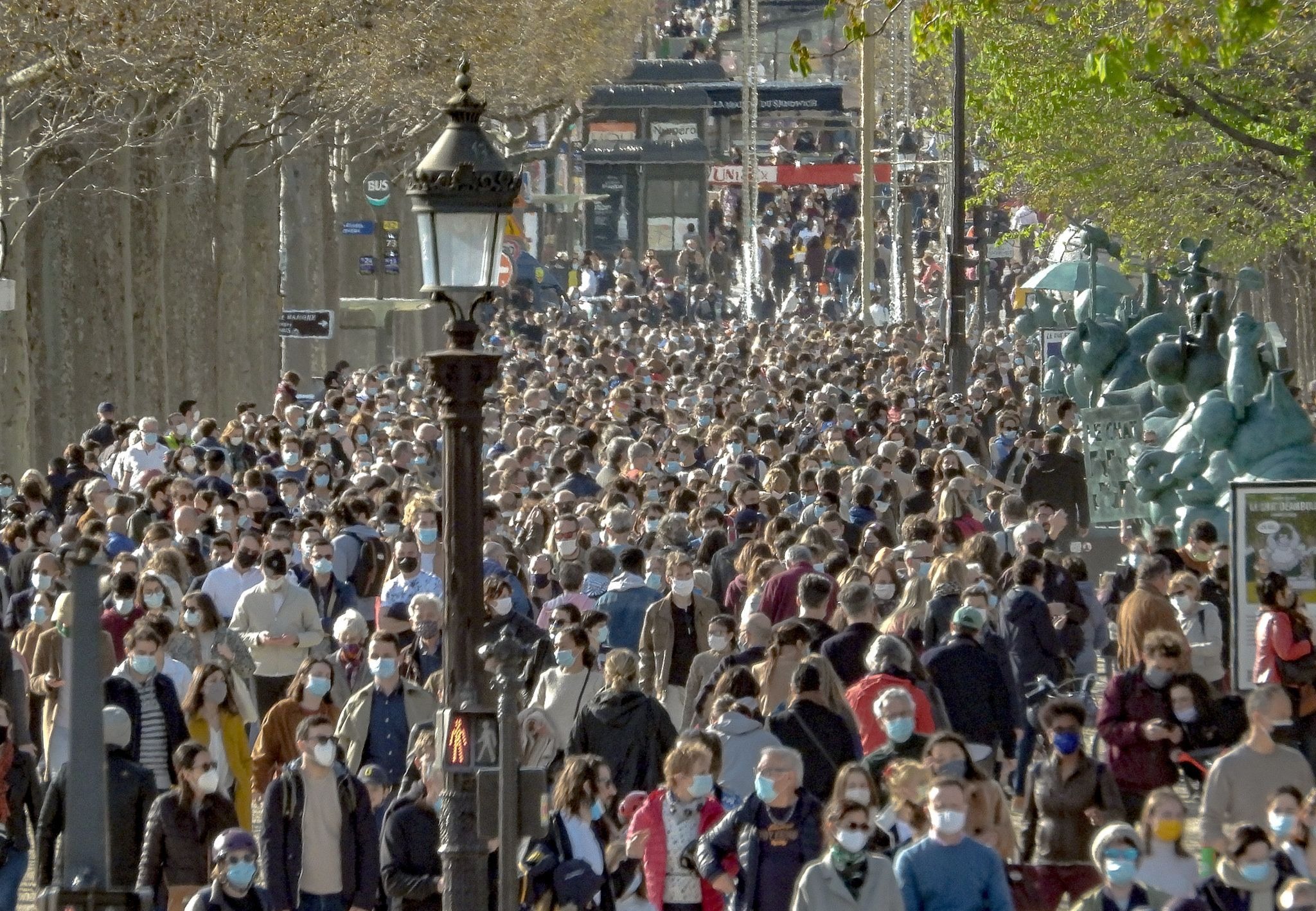 The shock decision to suspend the vaccine for younger people comes just days after France, Italy and Germany resumed their rollout out of the AstraZeneca vaccine after the EU finally declared it safe.

In the UK, there has been bafflement at Whitehall over the way European countries have approached the roll-out.

Yesterday in Britain, there were 4,040 new cases of Covid and 56 new deaths. Boris Johnson’s roadmap for unlocking the country continues apace, with Brits now allowed to meet outdoors in groups of six.

The decision to turn to Russia for more vaccine supplies could have huge consequences around the globe – as the move threatens to undermine the global western coalition which has previously imposed sanctions on senior figures.

Just days ago, Macron himself warned the west faces a “new world war” as Russia and China weaponise their Covid vaccine supplies to exploit shortages in Europe.

Less than a fortnight ago, the European Medicines Agency (EMA) concluded the AstraZeneca vaccine was safe. 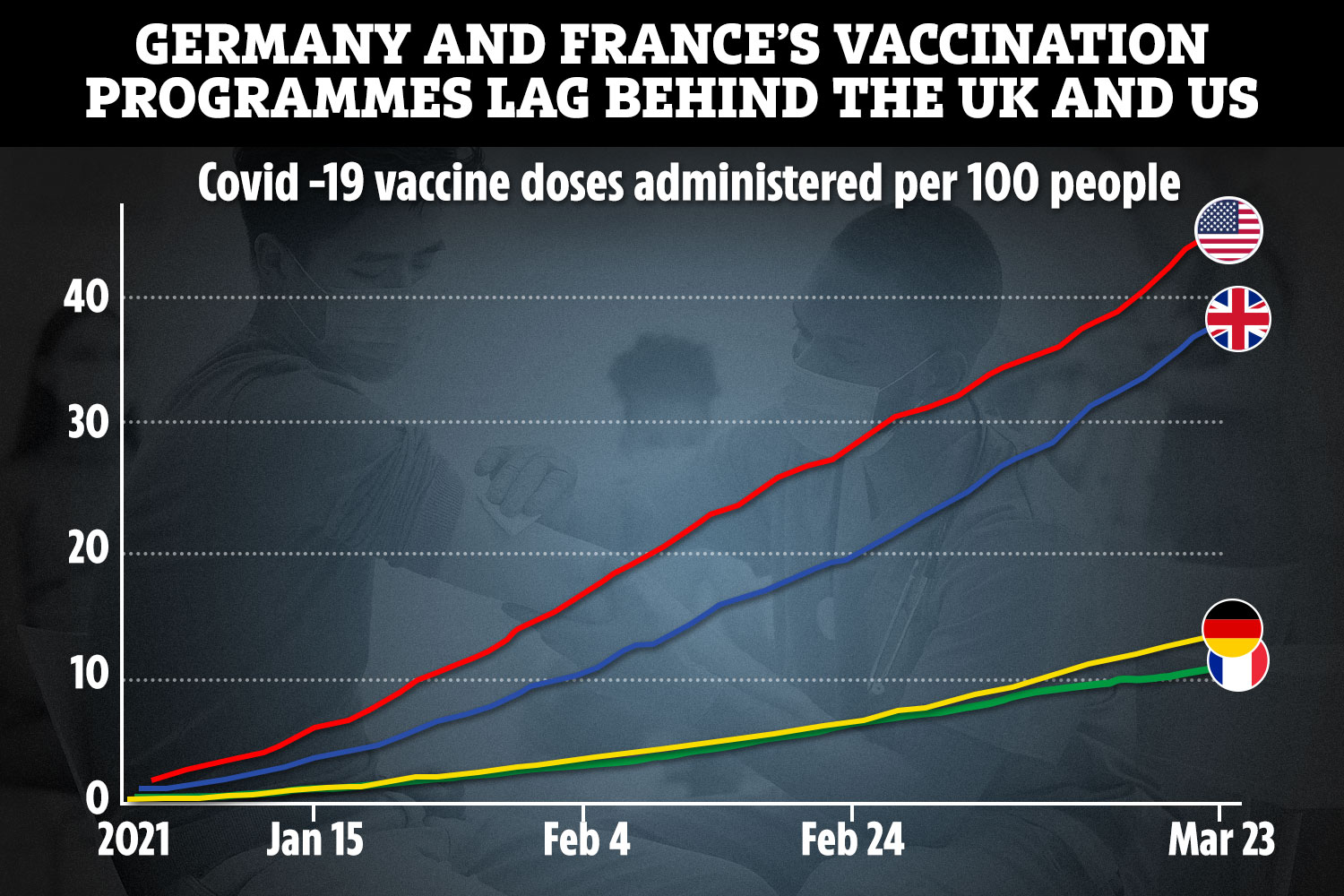 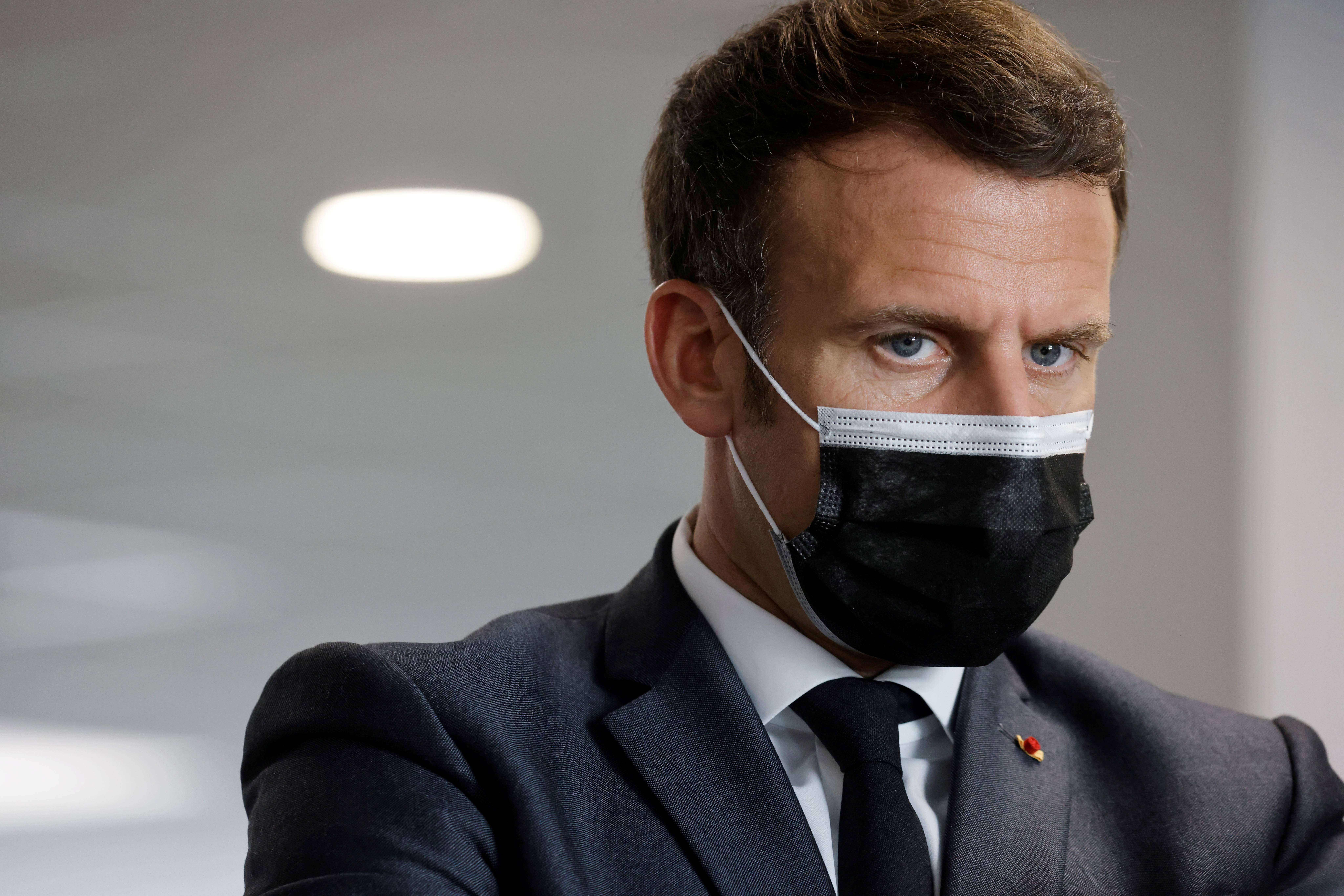 But Macron recently refused to apologise for his disastrous response to the pandemicCredit: Reuters

Despite that, France continued to recommend the job for over-55s only.

And it’s feared Germany’s decision will prompt other countries to re-examine their use of the jab.

A Government official told the publication: “The Oxford/AstraZeneca vaccine is safe, effective and has already saved thousands of lives in this country.

“As the UK’s independent regulator has said, when people are called forward, they should get the jab.

“More than 30million people have already received the first dose of a vaccine, and we’re on track to offer jabs to all over 50s by April.”

In a statement ahead of Germany’s shock announcement, AstraZeneca said tens of millions of people worldwide have received its vaccines.

It noted that the EU regulator and the World Health Organisation concluded that the benefits of the shot outweigh any risks.

The company also said it would continue to work with German authorities to address any questions they might have. 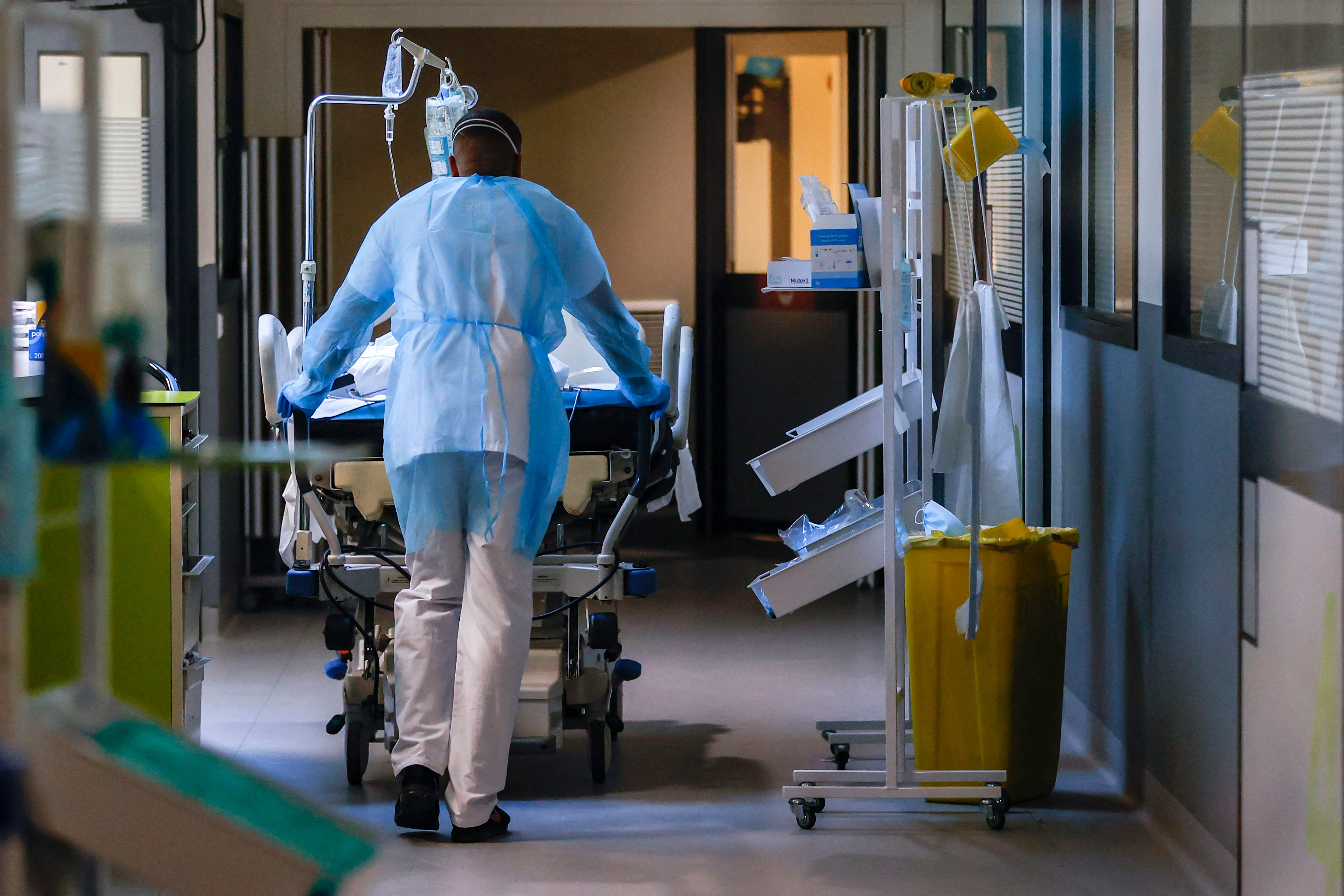 Medics in France say they’re on their knees as intensive care units fill once againCredit: AFP 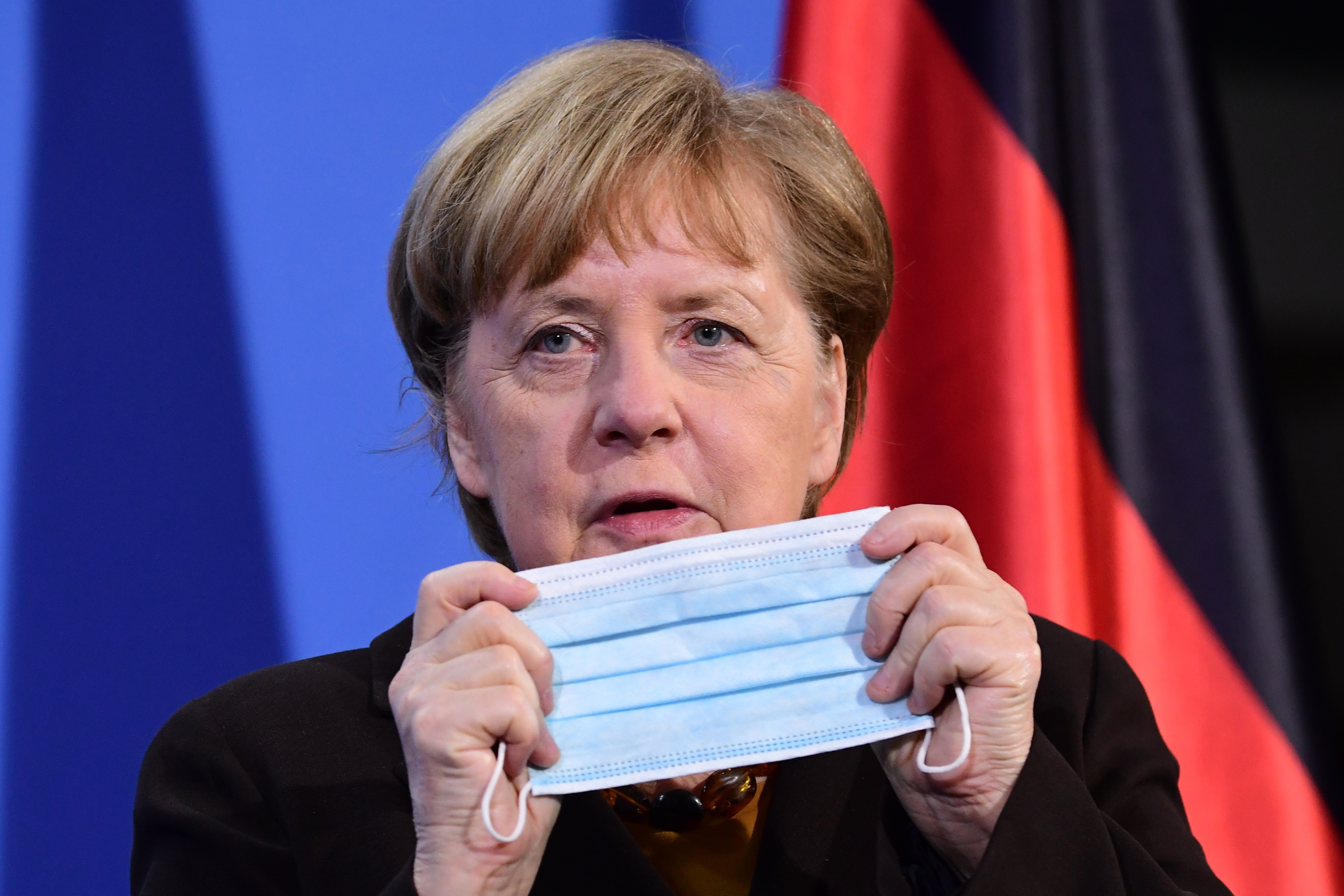 And Merkel warned Europeans are facing a whole new pandemic as a result of the severity of the third waveCredit: EPA

AstraZenaca is also analysing its own records to understand whether “the rare blood clots reported occur more commonly than would be expected naturally in a population of millions of people.”

It’s so rare, UK regulators at the MHRA said they did not know how often it happens in the general population. While investigations continue, people have been urged to accept their vaccine offer when it comes.

In a televised address last night, Mrs Merkel said she could not currently support the use of the vaccine in younger age groups.

“These are findings we cannot ignore,” she said.

“We are not faced with a decision of AstraZeneca or no vaccine. We have to be able to trust the vaccines.

“Everything is based on one principle and that is trust.

“Confidence arises from the knowledge that every suspicion is counted in every individual case.

“Reports of abnormal reactions are very rare, but cannot be ignored.”

Scientists claim they know how jab could potentially cause blood clots

He said: “The authors’ conclusion that the relationship with vaccination is causative seems insecure at this point and further information on incidence and mechanism in this and other populations is therefore urgently needed to resolve this question.

5 Things to Know About the ‘RHOSLC’ Star

Games Inbox: What games will be lost in the PlayStation store closure?