Meghan Markle asked ‘can we meet halfway’ when Charles offered to walk her down the aisle to wed Harry, expert claims

MEGHAN Markle asked Prince Charles if she could meet him “halfway” when he offered to walk her down the aisle, an expert has claimed.

The Prince of Wales is said to have stepped in after it was confirmed Meghan’s dad, Thomas Markle, was unable to make her and Harry’s wedding. 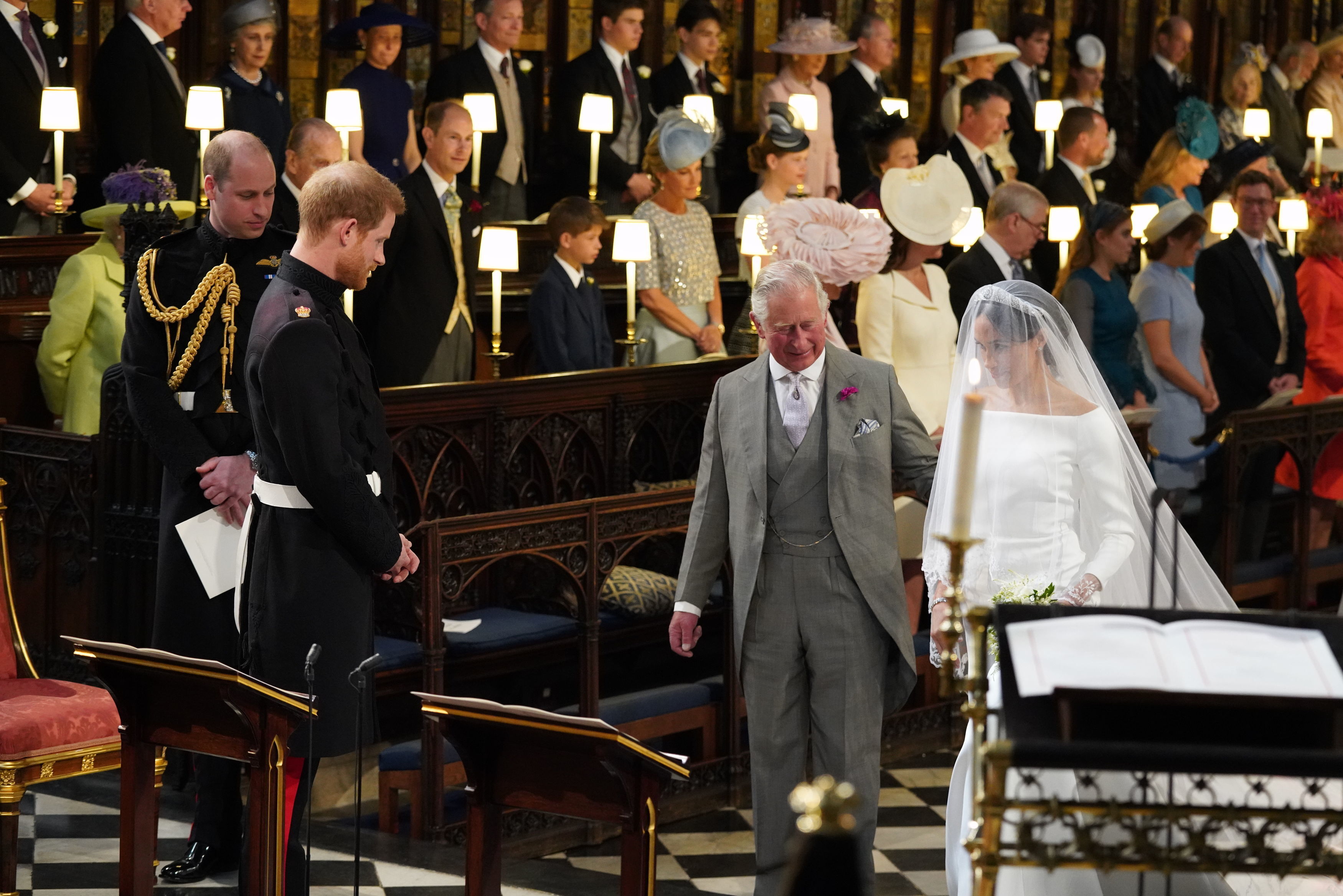 Prince Charles then met her half way, escorting her to Prince HarryCredit: PA

The big day took place in St George’s Chapel, Windsor, in 2018, with just Meghan’s mum Doria Ragland in attendance from the bride’s family.

But Charles is said to have felt for his daughter-in-law and said he would be honoured to escort her to the altar.

Writing in the Daily Mail, royal biographer Robert Hardman said: “The reply, according to one friend, was not quite what he was expecting: ‘Can we meet halfway?’

“Here was an indicator that this was no blushing bride, but a confident, independent woman determined to make a grand entrance on her own.”

Meghan stunned well-wishers as she walked into St George’s Chapel on her own, meeting Charles halfway down from where he escorted her to the alter.

The moving moment displayed a close bond between the pair, with Charles seen smiling at his daughter-in-law as they walked Harry.

The future king is also said to have treasured the moment ever since, keeping a photo of him and Meghan on the aisle in the Morning room at Clarence House.

Speaking in a documentary to mark Charles’ 70th birthday, Harry said of his dad: “I asked him to and I think he knew it was coming and he immediately said ‘Yes, of course, I’ll do whatever Meghan needs, and I’m here to support you’.

“For him that’s a fantastic opportunity to step up and be that support, and you know he’s our father so of course he’s going to be there for us. I was very grateful for him to be able to do that.” 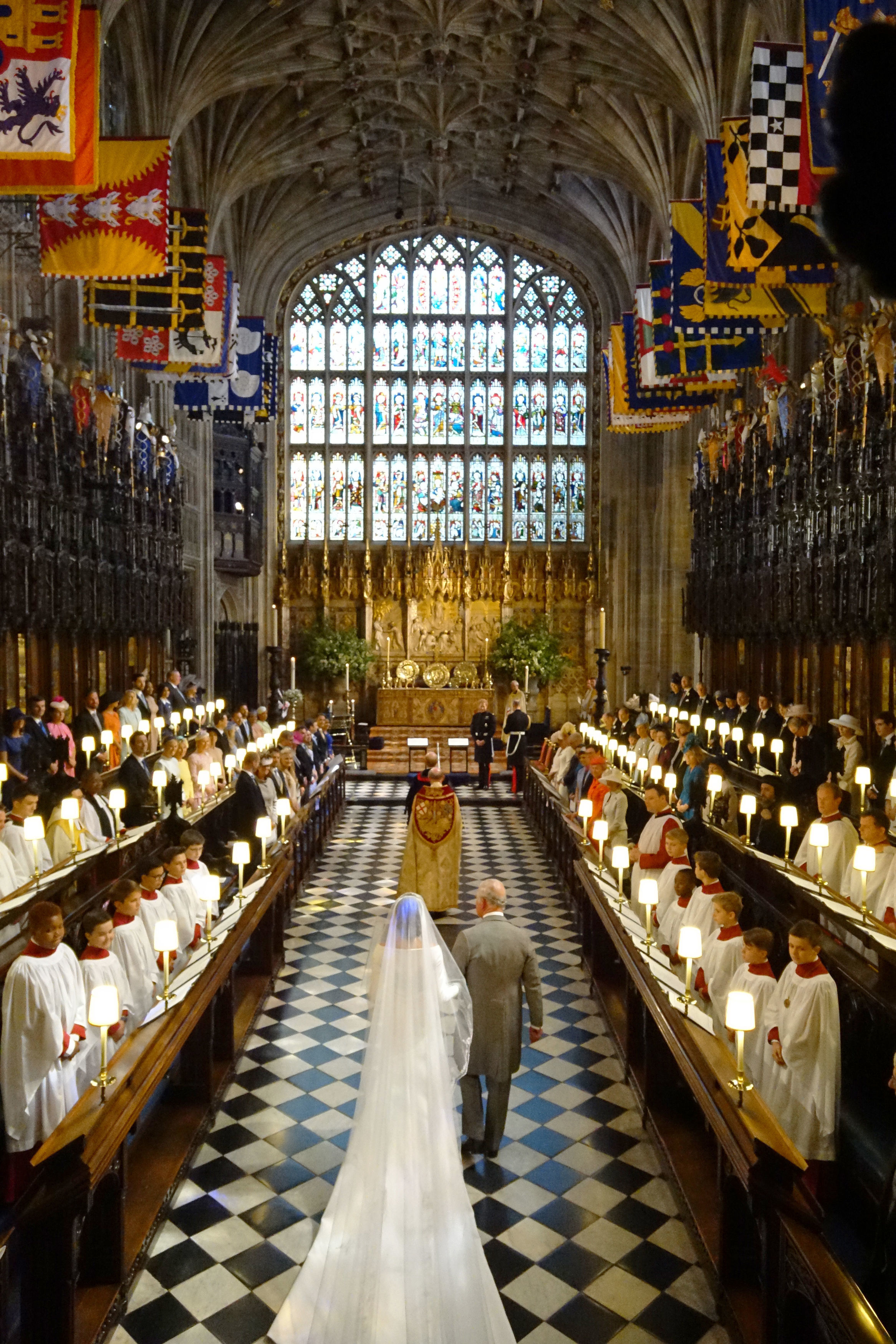 Charles is said to have treasured the moment ever sinceCredit: PA:Press Association 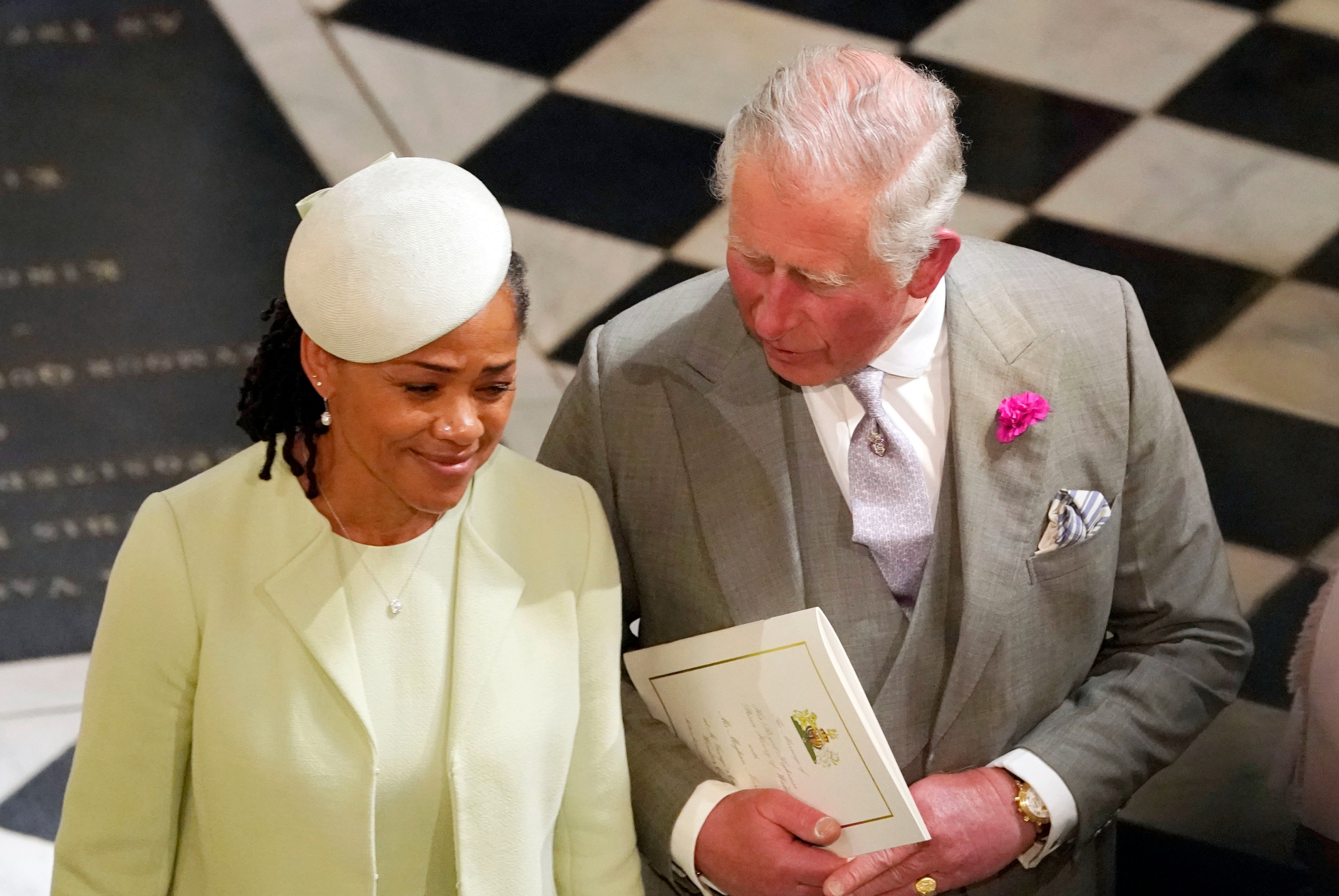 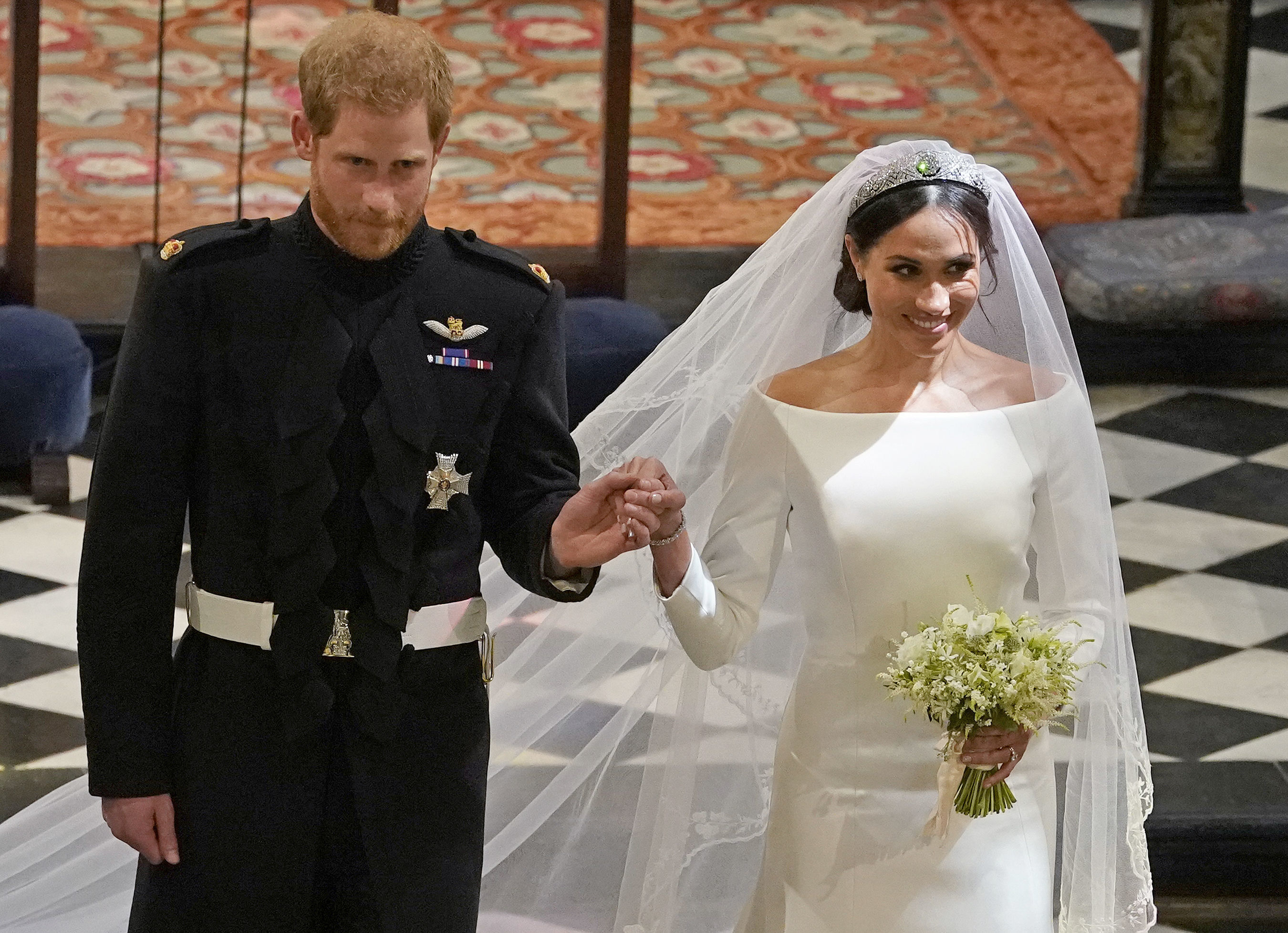 Meghan stunned well wishers in an off the shoulder Givenchy dressCredit: AP:Associated Press 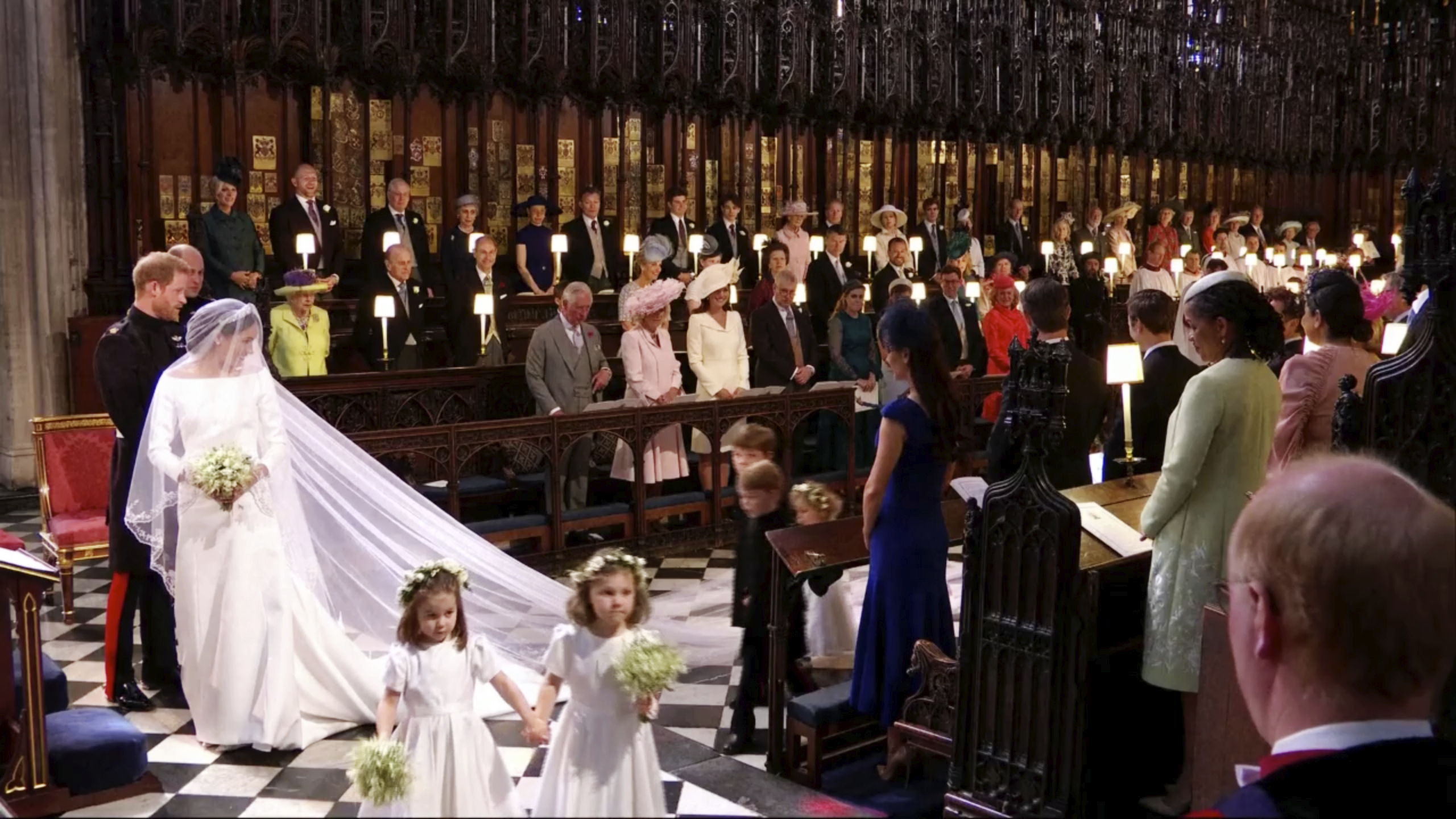 Meghan and Harry’s niece Princess Charlotte was one of the bridesmaids on the special dayCredit: AP:Associated Press