That seems to often be the gag when you visit the popular chain restaurant, and now we’ve had a behind-the-scenes look at why.

A TikTokker showed what it’s like to clean a McFlurry machine and it looks like a lot of work.

Meg, who goes by the username @meg.morgan4, shared a video of herself trying to scrub the contraption, which was covered in bits of spilled ice cream and chocolate.

The Maccies employee attempted to scrape off the solidified cream, calling it ‘disgusting’.

The video has now been viewed more than 180,000 times, with some people saying they wouldn’t be ordering ice cream again.

Others joked that the fact it’s such a mammoth job to clean is probably why the machine is always broken. 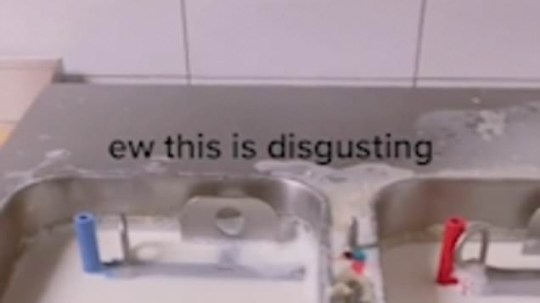 Not a fun job (Picture: @meg.morgan4)

One person commented; ‘Now I see why y’all always say the ice cream machine is broken.’

‘Is that why you guys always say the machine is not working or is it actually not working, I have to know?’ asked another.

The video made some vow against ordering the dessert: ‘Never eating that ice cream again,’ wrote one. 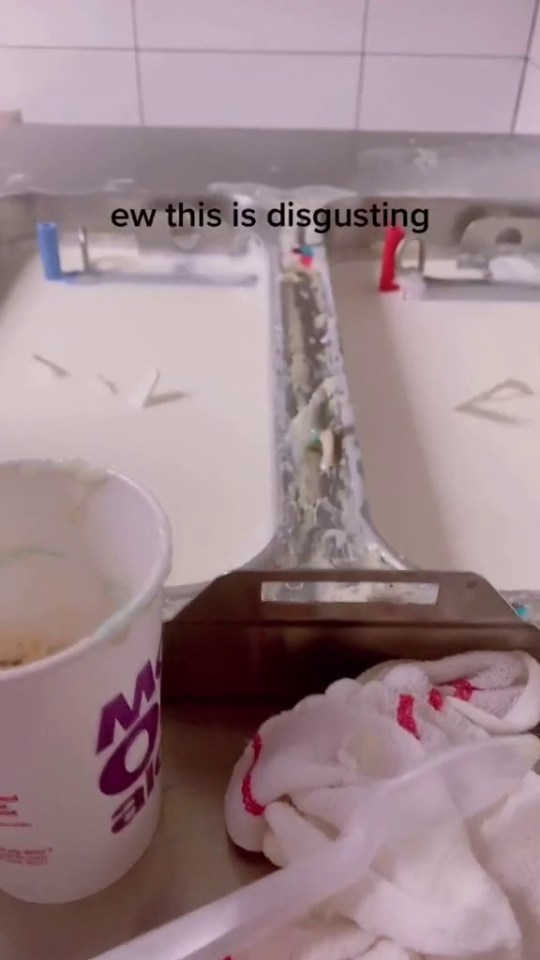 But, the video made others want to order the stuff.

‘I suddenly want ice cream,’ wrote one while another said: ‘I want McFlurry now’.

We have contacted McDonald’s for comment and will update this article if they respond.