A McDonald’s employee has revealed exactly how the grills at the fast food chain are cleaned – and it isn’t the most pleasant watch.

The videos – which Josiah Kim shared on TikTok – show the multi-step cleaning process which involves scraping off the huge amounts of grease and meat that collects after grilling burgers for countless customers.

Some find the videos oddly satisfying, but others are horrified. But it is good to know that the grills undergo such an intensive cleaning process.

The process goes like this: First, Josiah uses a scraper to scrape the ‘gunk’ off, which is a brown substance that looks like grease and remnants of charred meat from the burgers.

This is called ‘deglazing’ (Picture: @josiahkim/TikTok)

Next, water is poured on the grill while it’s still hot, Josiah calls this ‘deglazing’, and says it helps to remove the rest of the gunk, and any stuck grills and pans.

The water quickly boils and loosens the gunk, and he uses a squeegee tool to scrape and push it off the grill.

Next, he pours on something that he calls ‘goop’ that cleans the grill. He moves it around with a blue scrubbing tool as it heats up on the grill.

The process includes adding water while the grill is still hot (Picture: @josiahkim/TikTok)

Next, there is a good bit of scrubbing, and then more water is added and Josiah uses the squeegee to slide the water and the rest of the gunk from the grill. Gross, but also quite satisfying.

But Josiah isn’t done at this point. We all know how hard grease can be to remove – and it takes Josiah several rounds using the water and scrubbing with his tools.

But, eventually, he gets to a point where the grill looks sparkly, grease-free and definitely clean. Impressive. 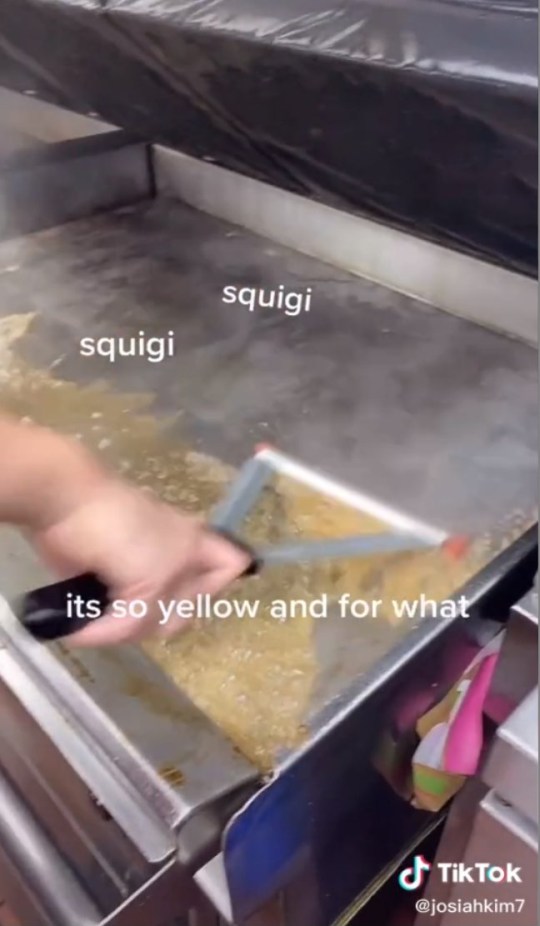 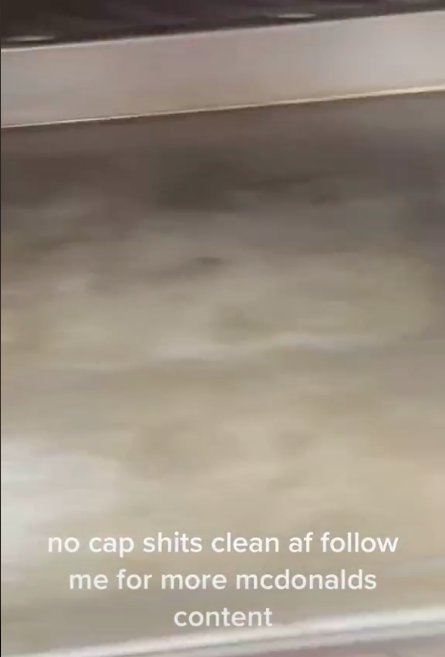 The videos blew up, earning millions of views in the week since they were first posted.

And they received hundreds of comments from people astounded by the meticulous cleaning process. Some were grossed out by all that grease, but lots of people were pretty impressed.

‘Honestly I’m just happy to know they cleaned it,’ wrote one.

‘OK but y’all at least clean y’all grill,’ added another.

We have to agree.