MUSICIAN and actor Marilyn Manson could face an FBI investigation over abuse allegations from women including an artist who claims he drove her to attempt suicide. 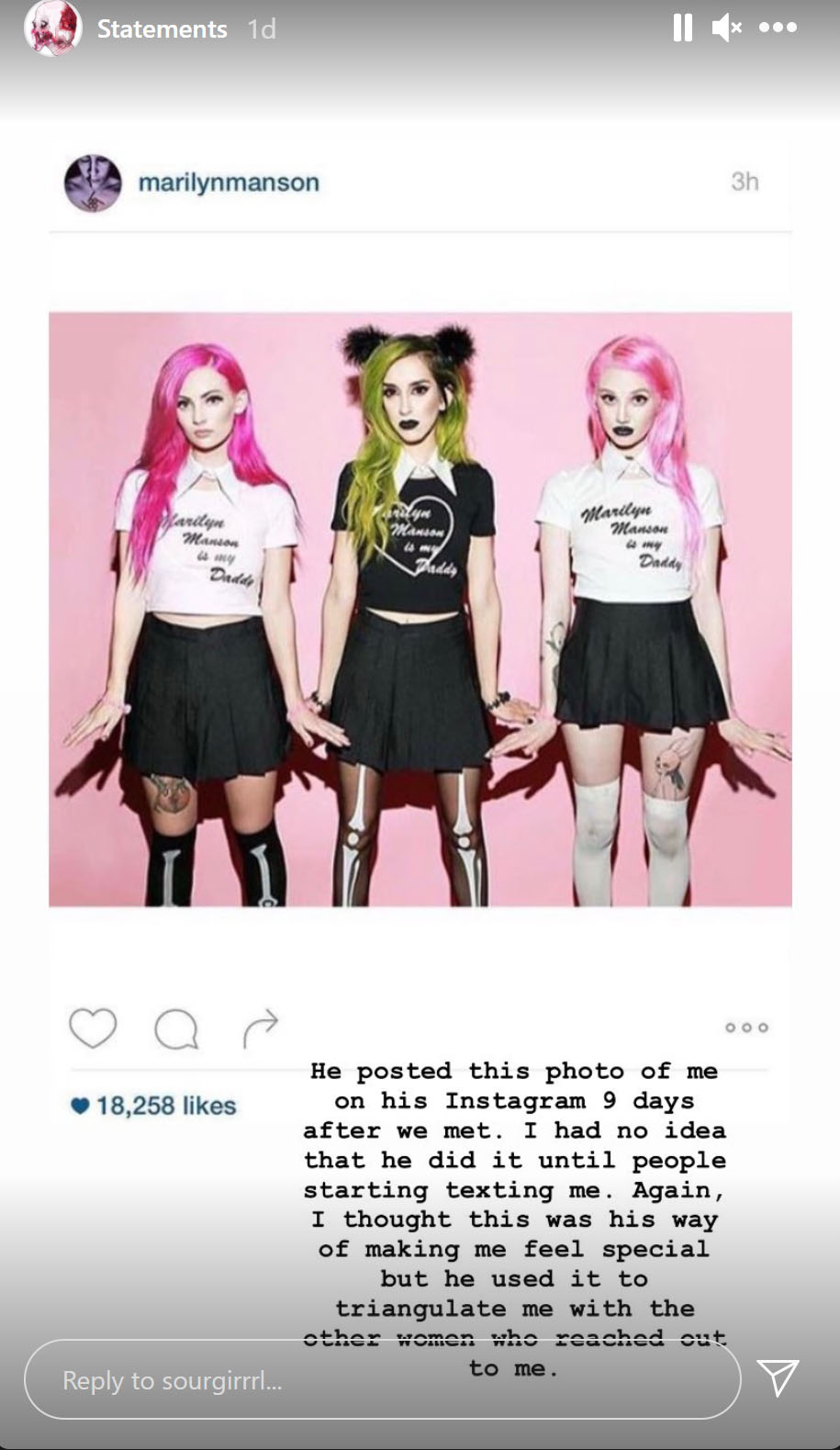 A woman who only revealed herself as Gabriella detailed her abuse allegations against Marilyn MansonCredit: Instagram 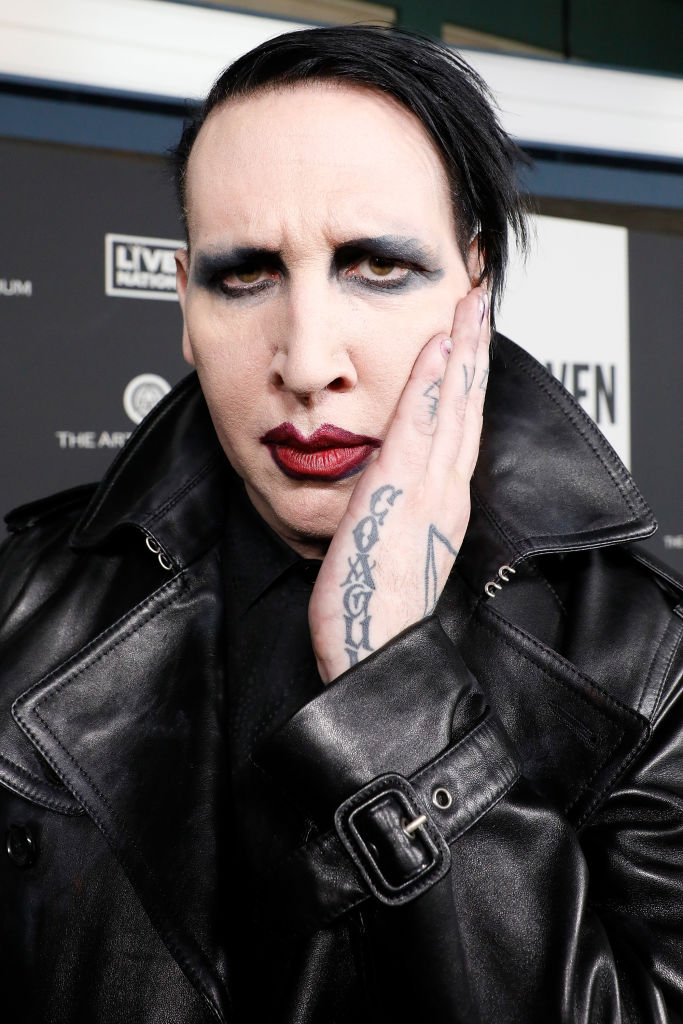 “The alleged victims have named Marilyn Manson, also known as Brian Hugh Warner, as the perpetrator,” Rubio wrote in the letter dated January 21.

“I ask that the US Department of Justice meet with the alleged victims immediately and investigate these accusations.”

Wood, an actress, shared Rubio’s letter a day after revealing on Instagram that Manson, 52, is her alleged abuser.

Manson’s ex-fiancé claimed that she was “brainwashed and manipulated into submission” by him and that the abuse began when she was a teenager. 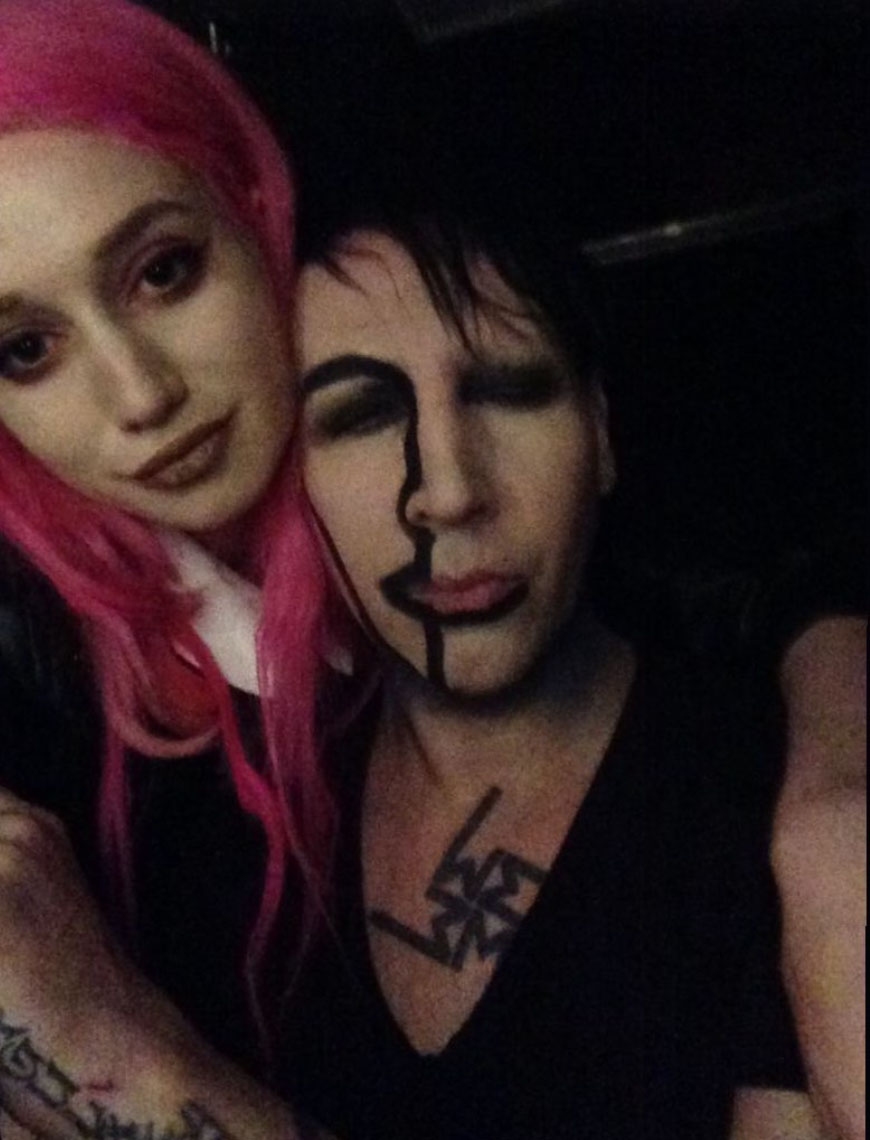 Gabriella claims she and Marilyn Manson met in late 2015 and dated for six monthsCredit: Instagram 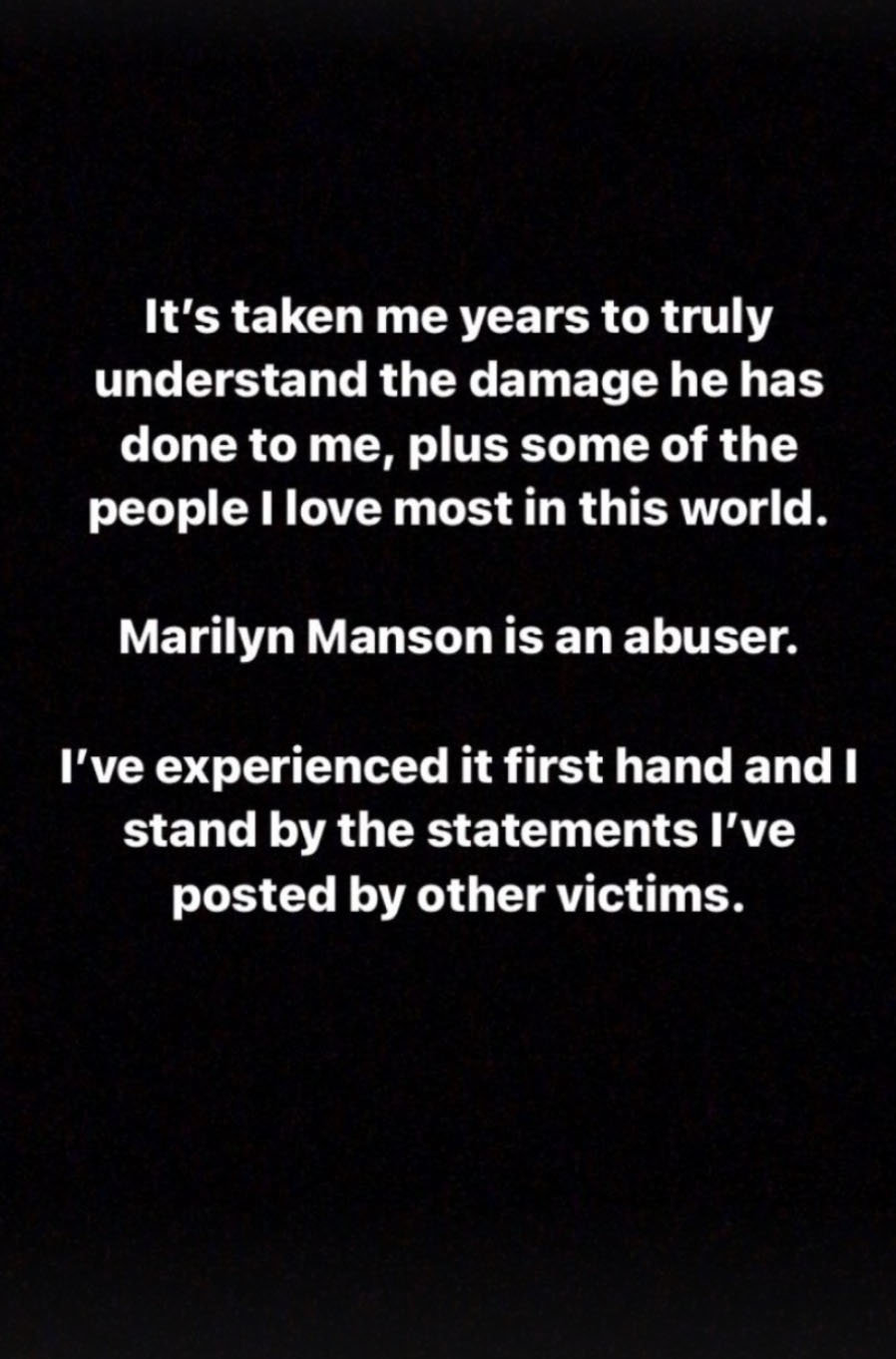 Also on Monday, an artist who identified herself only as Gabriella claimed on social media that Manson made her almost take her own life after they met in October 2015 and dated for six months.

Gabriella alleges that while they were dating, Manson tied her up, forced her to take drugs, did not allow her to sleep and said he was a MS-13 gang member.

On Christmas Day that year, Gabriella claims that Manson canceled plans with her at the last minute and she was so “devastated” that she tried to commit suicide.

“’I felt betrayed and humiliated because I had sacrificed so many parts of myself to please him,” she said. 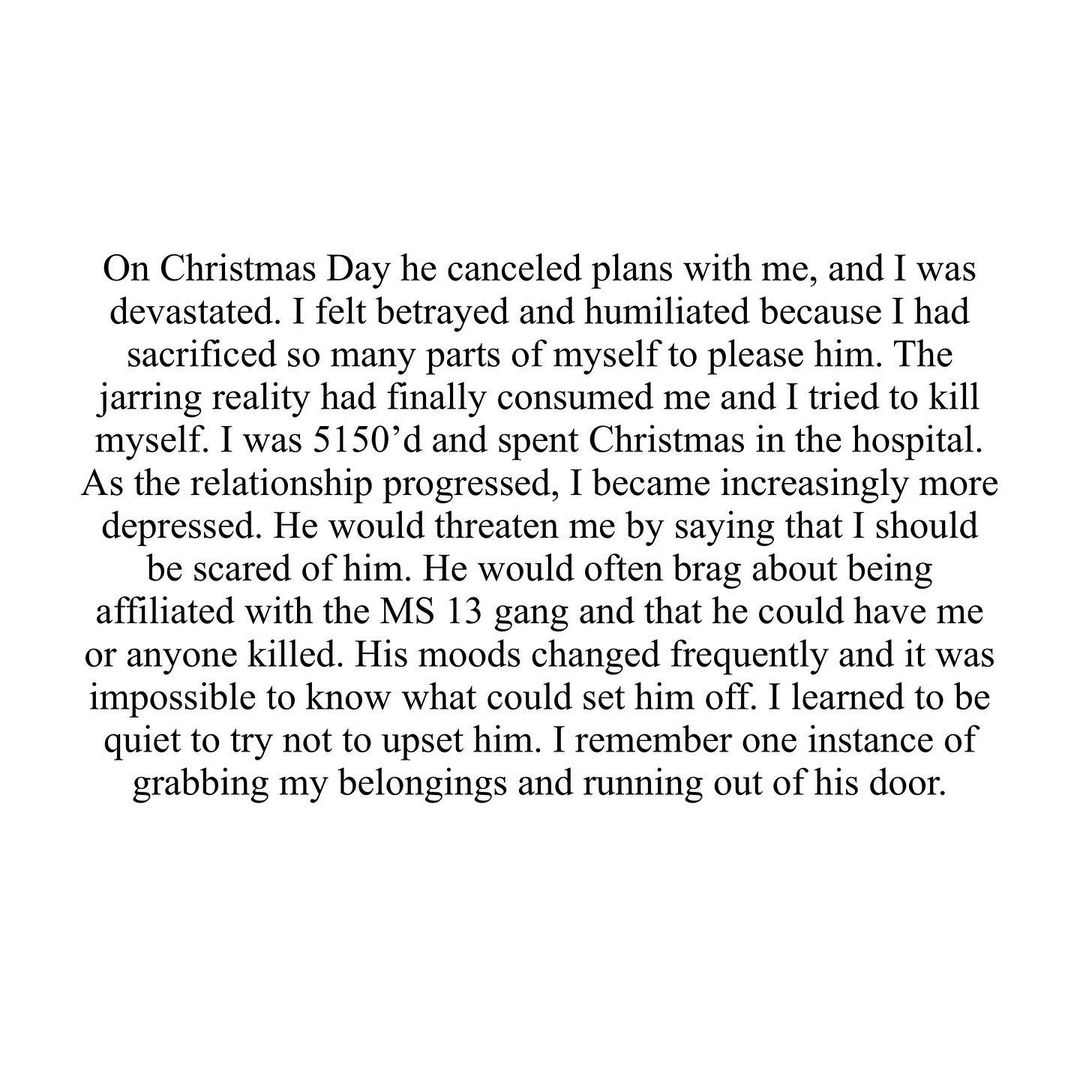 Gabriella said she was so devastated when Marilyn Manson canceled Christmas plans with her that she attempted suicideCredit: Instagram/@sourgirrrl

“’The jarring reality had finally consumed me and I tried to kill myself. I was 5150’d and spent Christmas in the hospital.”

Gabriella said she ended the relationship with Manson but remained in a state of “shock” and was “disoriented” and “shattered.”

“I couldn’t put into words for the longest time exactly what happened to me,” she said.

“He gaslit me so much I began to gaslight myself.” 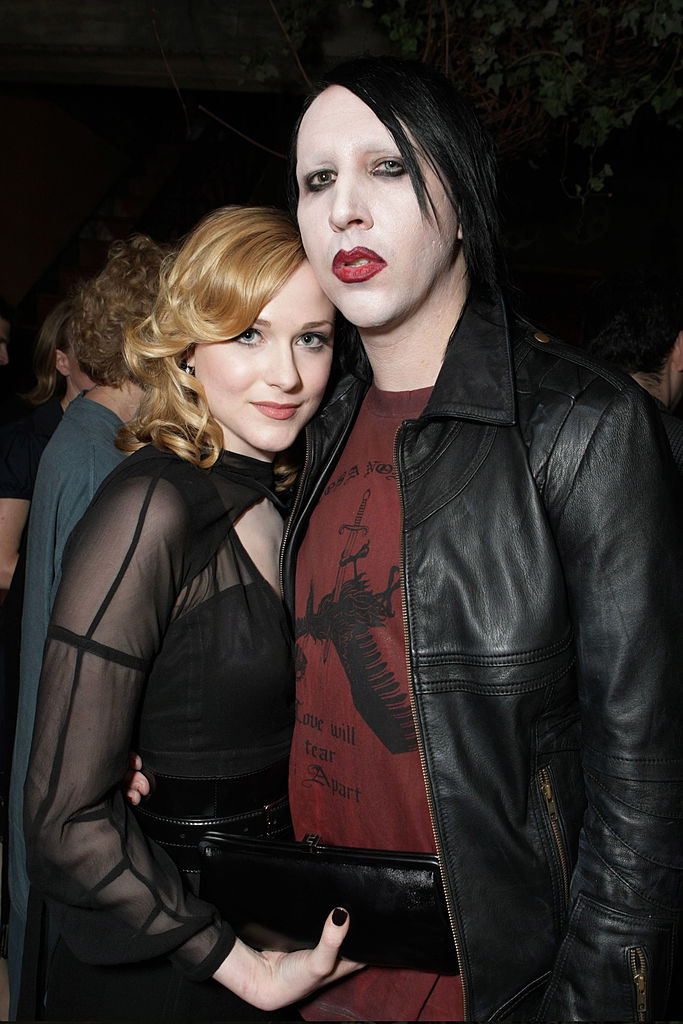 Besides Gabriella, six other women have lodged allegations against Manson since Wood accused him of “horrifically abusing” her.

In 2016, Wood said without naming a perpetrator that she was a sexual assault survivor, and in 2018 she testified before Congress about being raped.

On Monday, Wood stated that she was “done living in fear of retaliation, slander, or blackmail.” 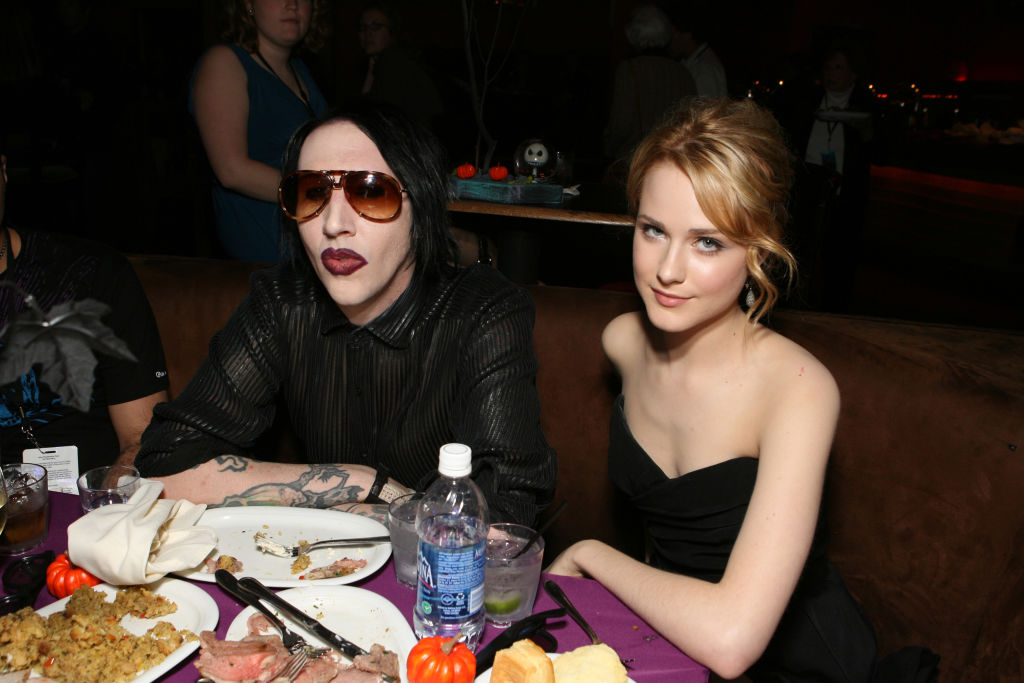 Evan Rachel Woods claimed she was ‘brainwashed and manipulated into submission’ by Marilyn MansonCredit: Getty Images

“I am here to expose this dangerous man and call out the many industries that have enabled him, before he ruins any more lives,” she said.

“I stand with the many victims who will no longer be silent.”

Rubio said in a statement on Twitter on Monday that “allegations of physical, emotional, and financial abuse against Marilyn Manson … must be taken seriously and thoroughly investigated.”

“My intimate relationships have always been entirely consensual with like-minded partners,” he stated.

“Regardless of how —and why—others are now choosing to misrepresent the past, that is the truth.”