A MAN who died from the Marburg virus in West Africa may have spread it to 155 people, experts fear.

The virus, which can leave victims bleeding to death, has never before been seen in that part of the world – sparking concern it will continue to spread. 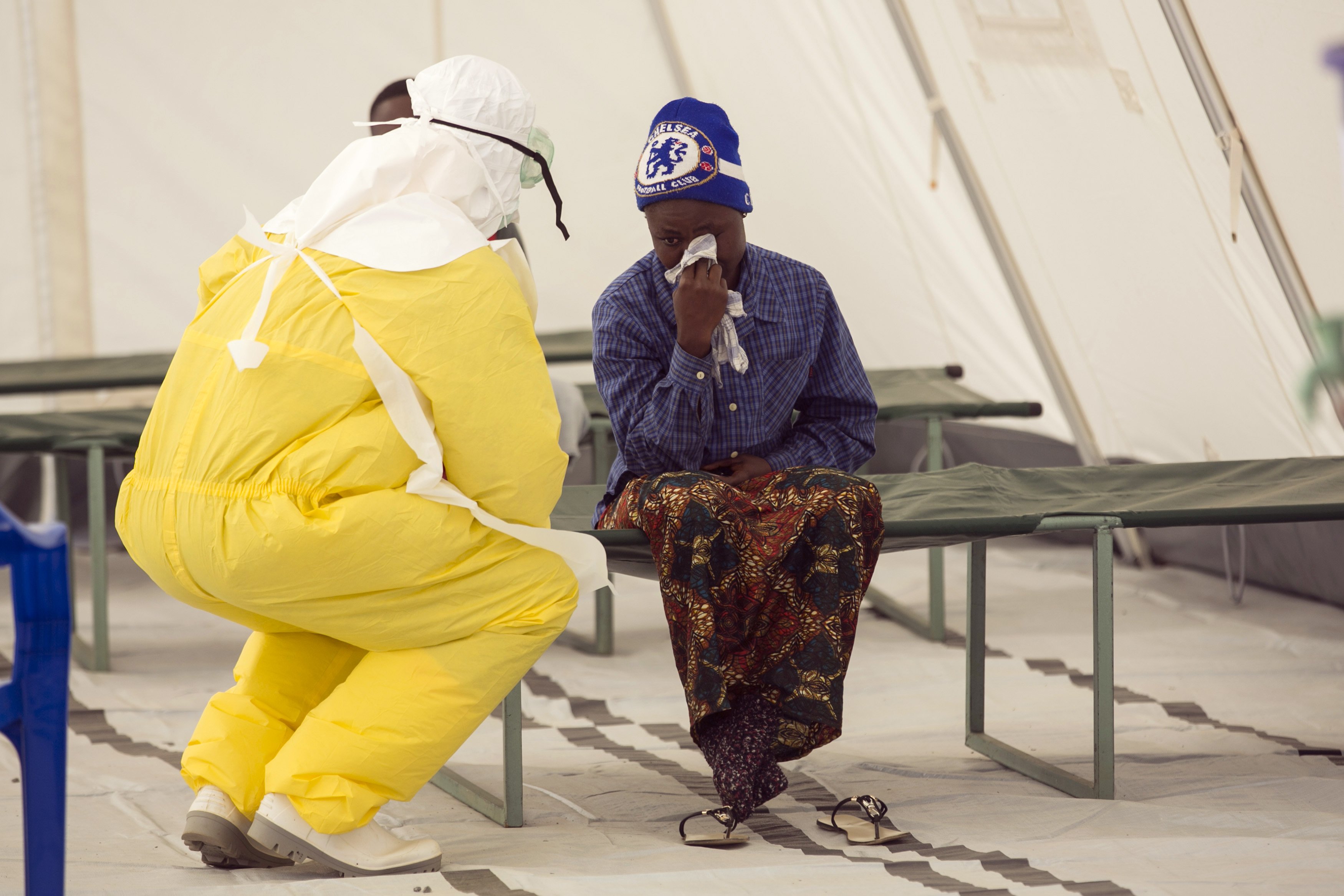 A medic speaking to a patient during the Ebola outbreak in West AfricaCredit: Reuters

Experts have already warned the Ebola-like virus, which has an 88 per cent fatality rate, could “spread far and wide” and needs to be nipped in the bud.

Health authorities in Guinea are now monitoring 155 people who may have been in contact with the confirmed case, the World Health Organisation said.

The patient died in Gueckedou in southeastern Guinea – the region was the origin of the 2014-16 West Africa Ebola outbreak, the deadliest in history, and saw a brief resurgence of virus this year.

Georges Ki-Zerbo, the WHO country head in Guinea, said: “There is no known secondary case.

“The contacts have been traced, and 155 people are under observation for three weeks.

“It is active surveillance. The contacts are kept at home, isolated from other members of the family. They are visited every day to check on potential symptoms.”

The patient developed symptoms on July 25, before going to a small health clinic near his village on August 1.

Mr Ki-Zerbo said Guinea was better prepared to handle an outbreak than it had been when Ebola struck in 2014.

The virus is from the same pathogen family as Ebola, but has no known treatments or vaccines and can lead to a horrific death.

Marburg virus was first identified in 1967 in both Marburg and Frankfurt in Germany, and in Belgrade, Serbia.

The outbreak was linked to labs using African green monkeys imported from Uganda.

It is transmitted to people via fruit bats and spreads between human through bodily fluids.

Symptoms include fever, headache, chest pain, abdominal pain and fatigue. Many infected people will suffer haemorrhaging within a week.

Marburg is listed by the WHO as a top ten priority disease, meaning it poses “the greatest public health risk”.

Angola suffered the worst epidemic in 2005, when 90 per cent of the 252 people infected in the southern African country died.

First case of deadly Ebola-like Marburg virus with a fatality rate as high as 88pc detected in Guinea, West Africa