MANCHESTER UNITED have joined Tottenham and Liverpool in the race for RB Leipzig captain Marcel Sabitzer.

The 27-year-old Austrian, who captains the high-flying Bundesliga side, is catching the eye of several Premier League teams with his performances this season. 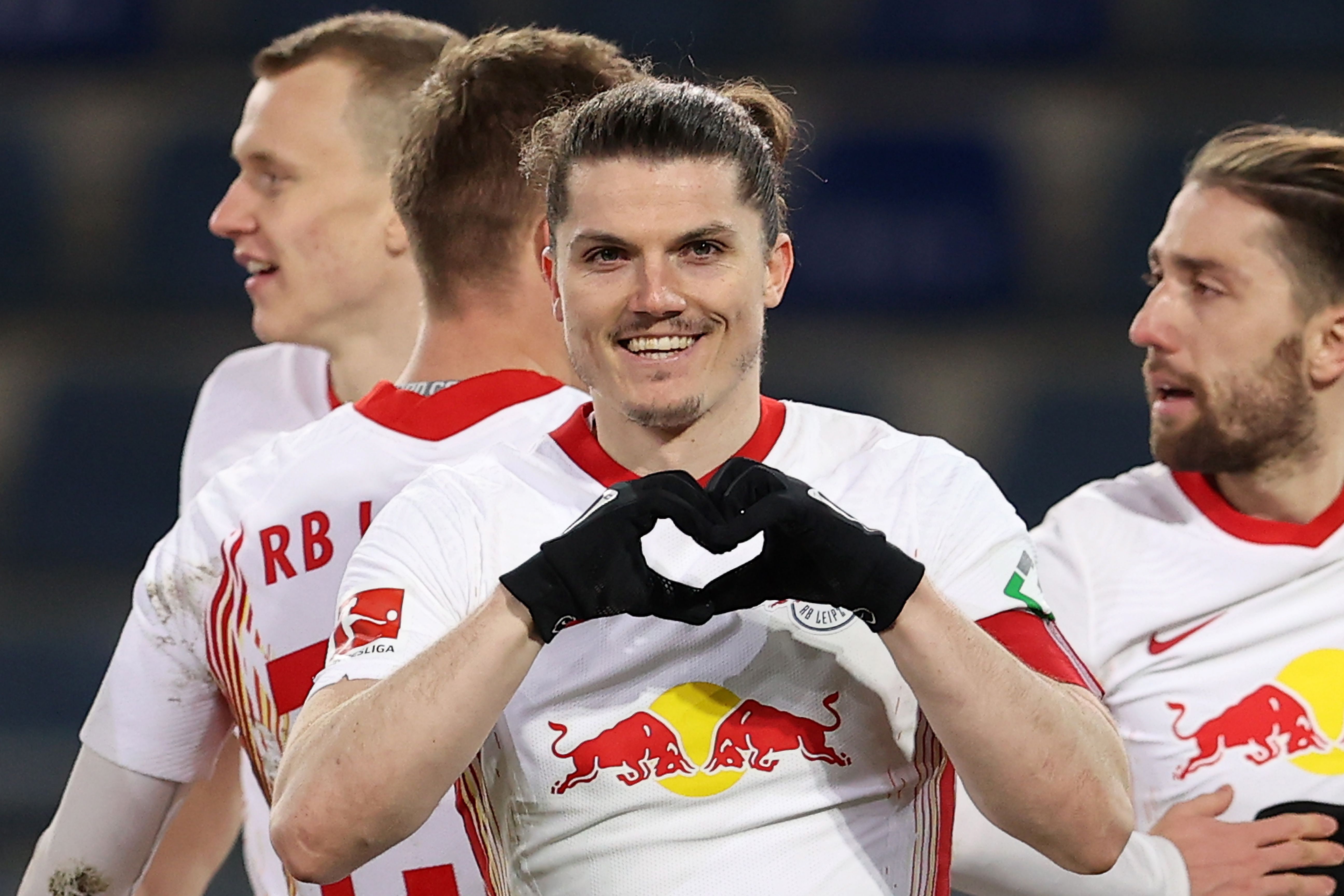 Sabitzer could be preparing for a move to Old Trafford in the coming monthsCredit: EPA

And now Bild have reported that the Red Devils are keen to bring the midfielder to the club in the summer window.

Sabitzer has made it clear to Leipzig he would like to leave at the end of the season and he appears to be eyeing a move to England.

Since signing with the German outfit in 2014, he has played 219 times and scored 50 goals.

He has also spearheaded the club’s charge up the table as they are now challenging for the Bundesliga title.

However, a number of their key players are being linked with moves away in the summer.

Dayot Upamecano has already agreed to join rivals Bayern at the end of the campaign.

And Upamecano’s central defensive partner Ibrahima Konate could also be on his way to Liverpool as the Reds look to be closing in on his signature.

Meanwhile, Man Utd are looking to bring in a long-term partner to Harry Maguire at the heart of their back line.

Spurs and Liverpool are also looking to bolster their options in defence after shaky domestic campaigns.

What are the Covid wedding rules in the UK? Weddings back TODAY as lockdown eases