A MAN and a woman have been found dead at a property in Suffolk.

Police have launched an investigation into the sudden deaths in Woodbridge yesterday evening. 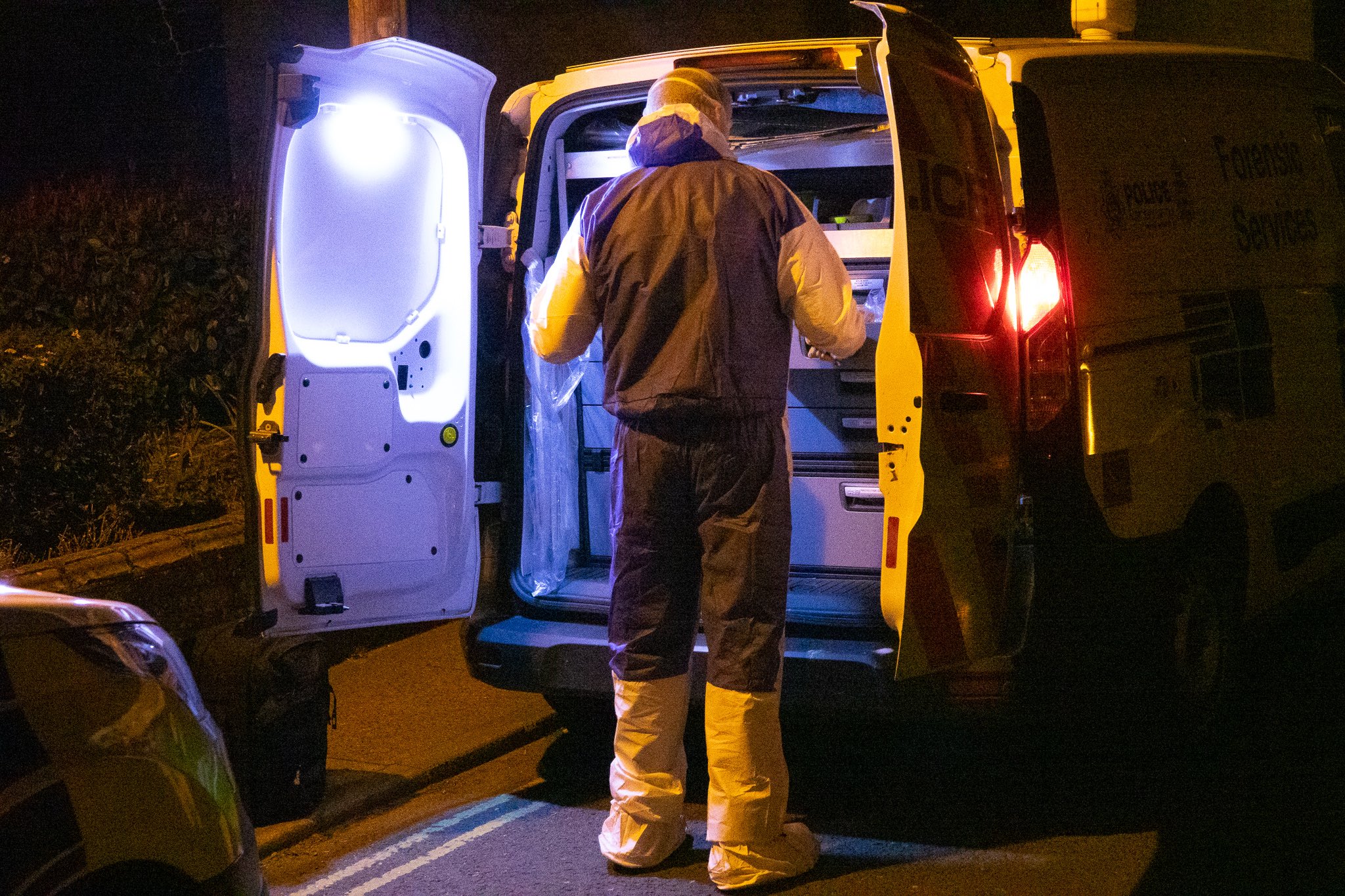 A man and woman have been found dead at a Suffolk homeCredit: East Anglia News Service 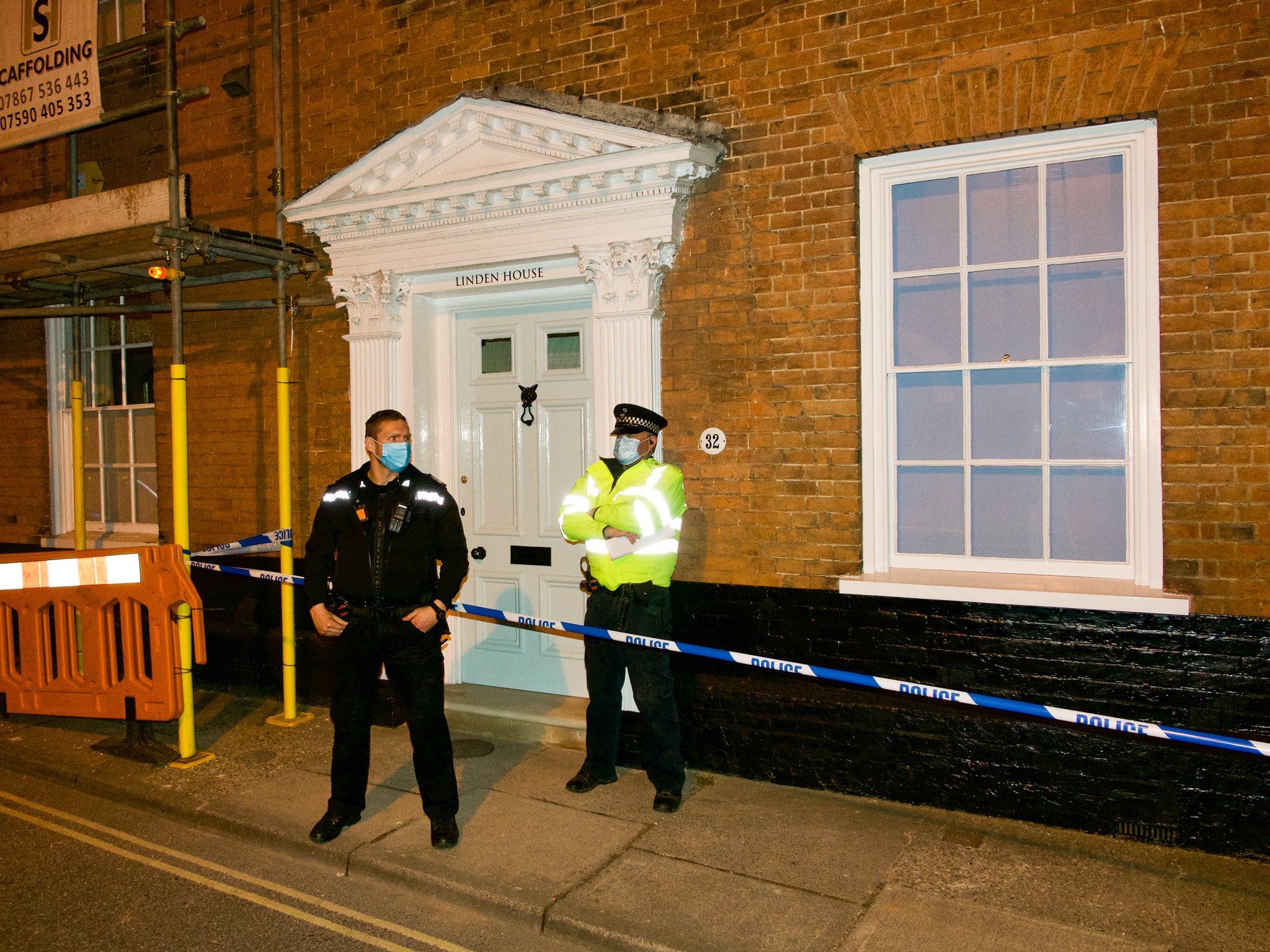 Officers were called shortly after 6.15pm on April 10 to reports that two adults had been discovered deceased within a property in Cumberland Street.

Officers said the man and the woman were known to each other and there was no “wider threat to the community”.

Officers spent the night standing guard outside the semi-detached 18th century home close to the centre of Woodbridge.

The road was also closed to traffic as detectives began house to house inquiries, asking neighbours if they had had heard anything suspicious. 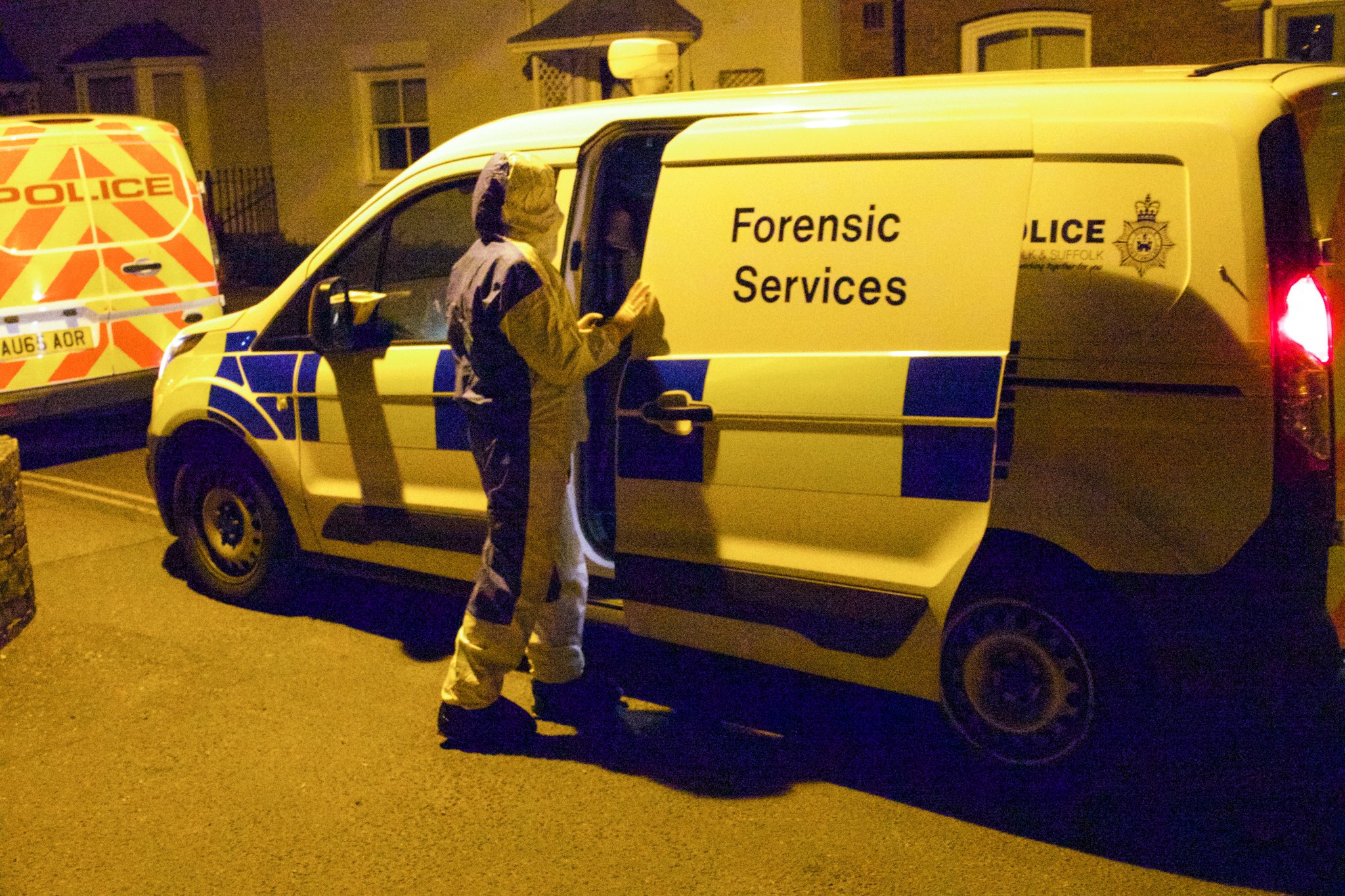 Cops have launched a probe into the horror incidentCredit: East Anglia News Service

The up-market town of Woodbridge was named by the Sunday Times last month as the best place to live in the East of England.

The historic town beside the River Deben is acclaimed for its fine shops and pubs and is described by tourist chiefs as “the gem in Suffolk’s crown”.

Property website Zoopla lists the average price of homes in Cumberland Street as £703,205.

One witness said at least three ambulances were seen in the street along with five police cars and other unmarked police vehicles during the early evening.

Suffolk Police said: “Police have launched an investigation following the sudden death of a man and a woman at an address in Woodbridge.

“Officers were called shortly after 6.15pm yesterday, Saturday 10 April, to reports that two adults had been discovered deceased within a property in Cumberland Street.

“A police scene remains in place while an investigation into the circumstances of the deaths continues.

“The parties involved are known to each other and there is no wider threat to the community.”

Woodbridge is also known as the home of the famous Anglo-Saxon burial ship which was found at Sutton Hoo beside the River Deben in 1939.

The discovery of the 86ft long ship in a burial mound featured in this year’s hit Netflix film The Dig starring Ralph Fiennes, Carey Mulligan and Lily James.

Anyone with any knowledge of the incident in Cumberland Street  should contact Suffolk police, quoting incident number: 37/17853/21