TWO women filmed themselves saying they wanted to “shoot Nancy Pelosi in the friggin’ brain” after storming the Capitol with a violent mob, prosecutors claim.

MAGA supporters Dawn Bancroft and Diana Santos-Smith, from Pennsylvania, were arrested and charged yesterday over their alleged involvement in the shocking riot that left five people dead. 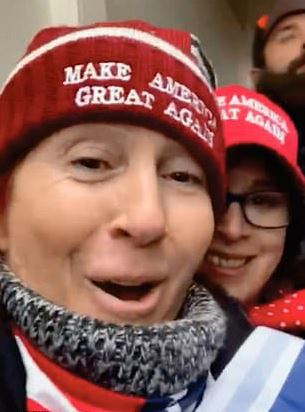 Dawn Bancroft, in the MAGA beanie, and Diana Santos-Smith in the baseball cap were charged by the FBICredit: Department of Justice 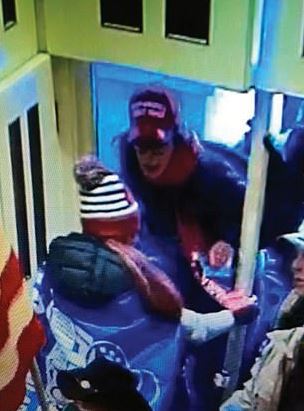 FBI agents identified the two women after receiving a tip on January 12 about a video “selfie video” recorded amid the mayhem six days earlier.

Bancroft, wearing a MAGA beanie, filmed herself alongside Santos-Smith as they tried to leave the Capitol, according to a criminal complaint filed on Thursday.

Bancroft can allegedly be heard saying: “We broke into the Capitol…we got inside, we did our part.

“We were looking for Nancy to shoot her in the friggin’ brain but we didn’t find her.” 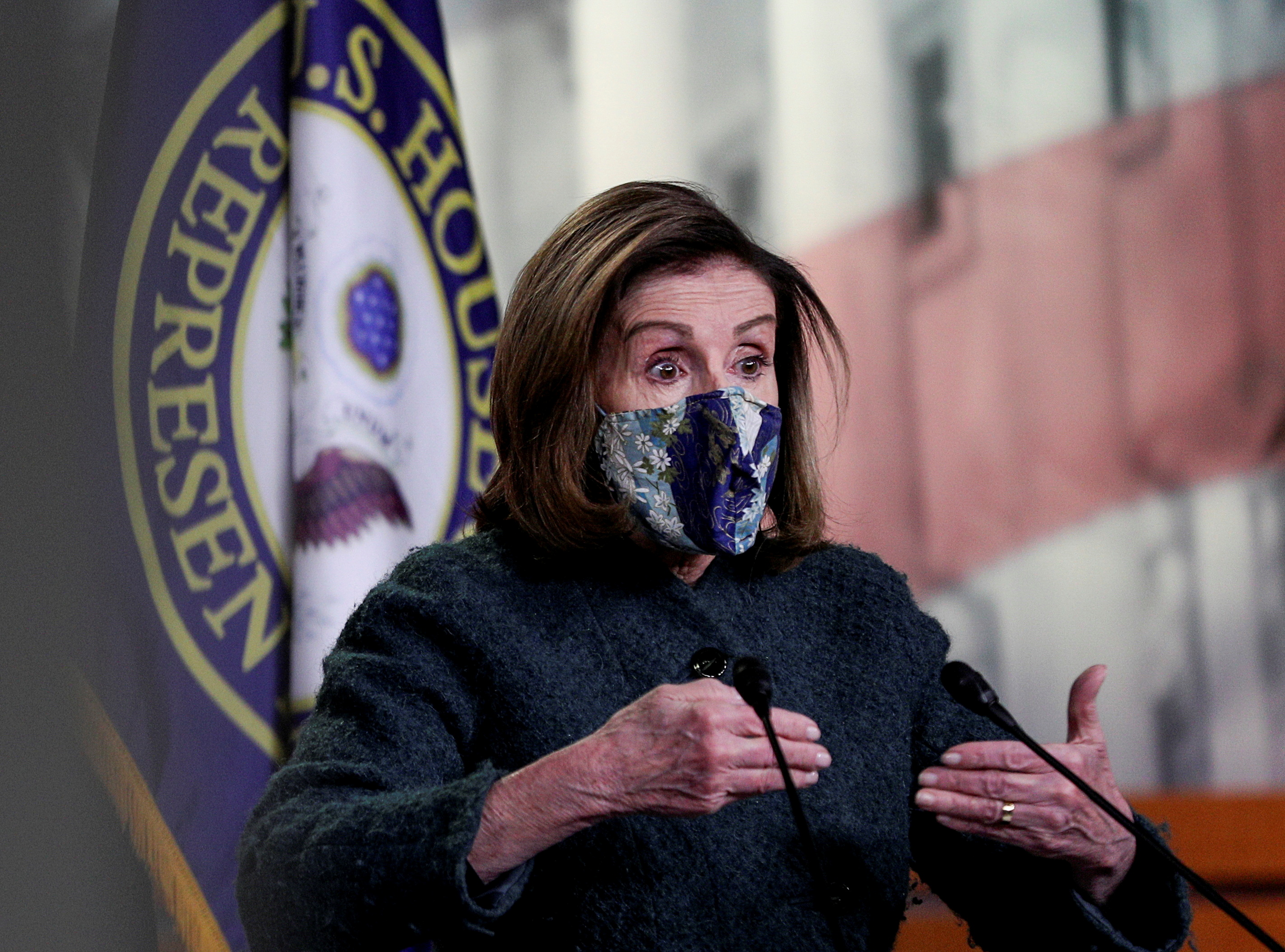 When interviewed by the FBI on January 20, Santos-Smith allegedly claimed that she had only attended President Trump’s rally in the Mall, but never physically entered the Capitol.

“After interviewing agents showed Santos-Smith the video, [she] then stated that she lied and that she was inside the Capitol,” the charge sheet alleges.

Santos-Smith later told investigators the two had been outside on the steps and decided to follow the mob when they heard others saying “they’re letting us in”.

She admitted climbing over a waist-high wall, but claimed neither of the two went far enough to enter any chambers or offices, according to the court papers.

House Speaker Pelosi and hundreds of other politicians were forced into an emergency shelter as rioters overwhelmed Capitol police and stormed into the chamber.

Some rioters were armed with cable ties, and improvised explosive devices had been planted nearby the night before.

More than 170 people have so far been charged in connection to the violent siege, mostly for relatively minor offences.

Yesterday two members of the far-right nationalist group The Proud Boys were charged with conspiracy, accused of working together to obstruct and interfere with law enforcement officers protecting Congress. 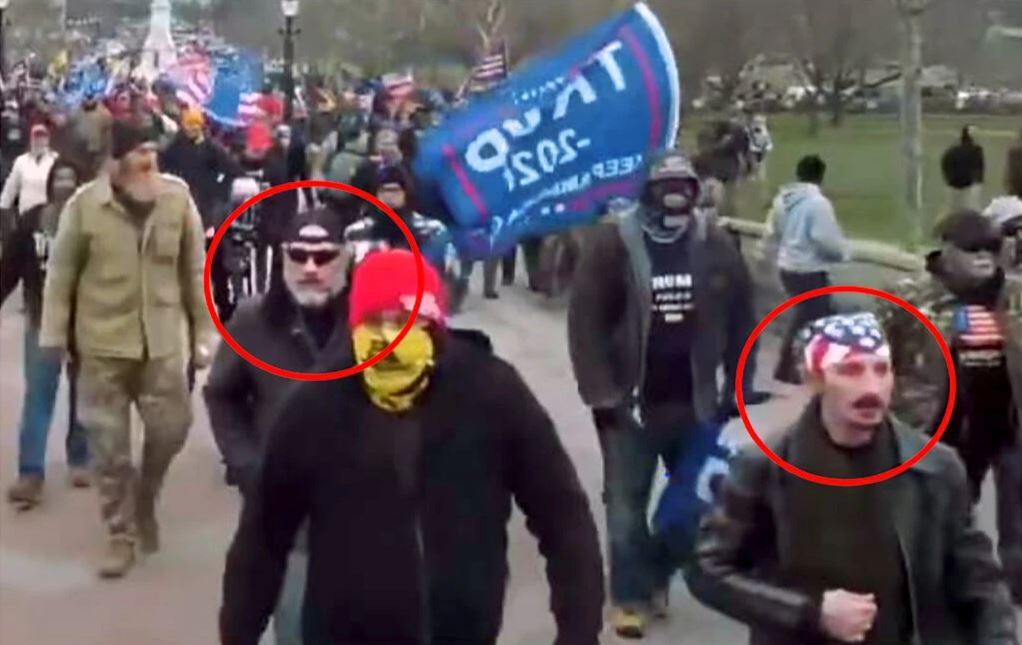 Two members of the Proud Boys have been charged with conspiracy over the Capitol RiotsCredit: United States Department of Justice 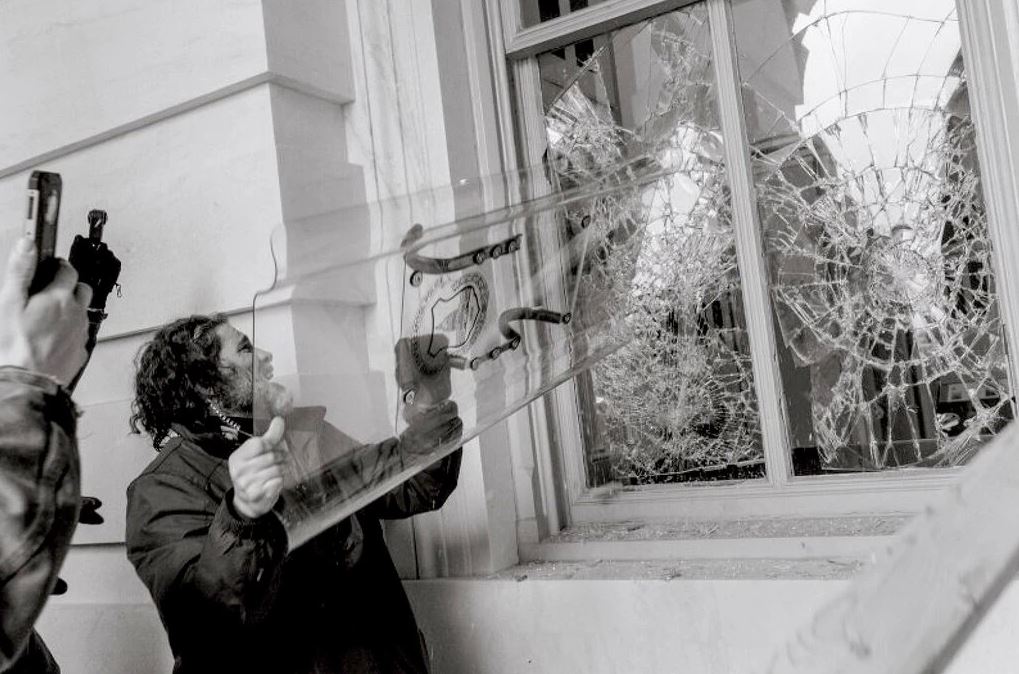 Federal prosecutors said there was substantial evidence against Pezzola, 43, including pictures of him using a police shield to smash through a window.

After climbing inside, he joined a mob that confronted a Capitol Police officer in a stairwell near the Senate floor, according to court papers.

Later he posted video of himself online puffing “victory smoke” from a cigar inside the Capitol building.

Pepe, 31, had called in sick to attend a Stop the Steal protest in Washington and was photographed inside the Capitol, court papers say.

Proud Boys leader Joseph Biggs – who was filmed with Capitol rioters yelling “this is awesome” – has also been arrested by the FBI.

Investigators are looking for evidence the riot was planned by extremists in advance, reports the New York Times.

Three members of the armed militia group The Oath Keepers also face charges over the riot.

Musician, DJ Dies at 34 After ‘Accident’