GEMMA Owen was blasted for LYING to the girls so she could tell Luca a secret on Love Island last night.

Fans were up in arms when Gemma appeared to break girl code after promising she wouldn’t spill the news about the new bombshell. 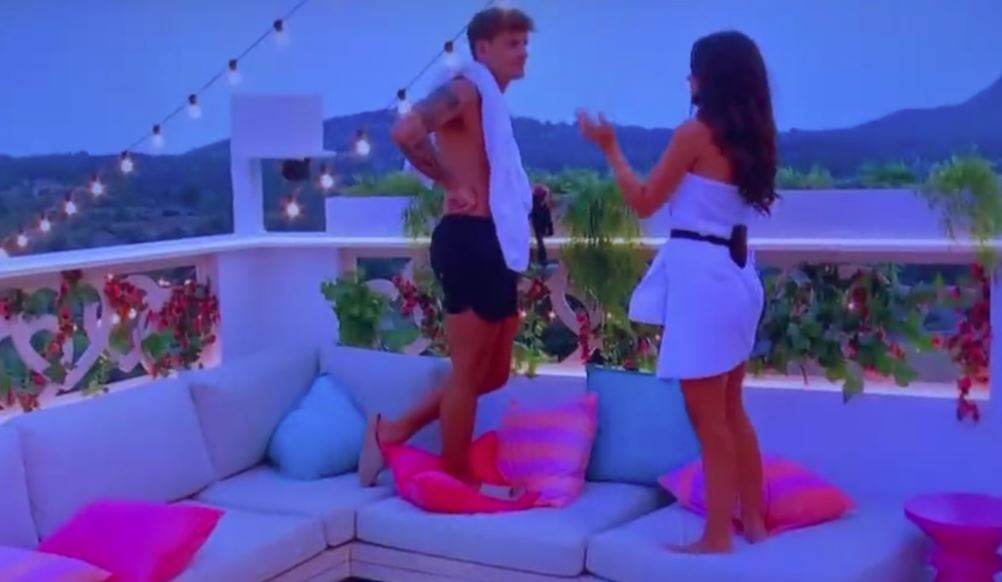 But seconds later she had told Luca everythingCredit: loveisland

The girls were in the dressing room getting ready when Ekin-Su received a text.

It read: “Girls, it’s time to get glam as you will be welcoming a new boy into the villa.”

The girls all screamed with excitement – sparking curiosity from the boys in the bedroom.

Luca was told to go check what was happening. 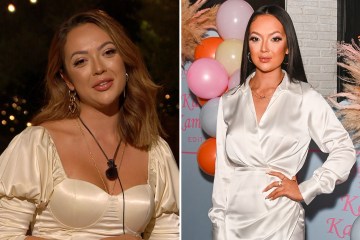 After quizzing the girls, Ekin-Su replied: “Nothing, honestly. I had a bug on my bum and they had to kill it.”

Gemma however, took nosey Luca out to the balcony to spill the beans.

The girls shouted at Gemma: “Gemma what are you doing?”

SIMP is used to describe someone who goes above and beyond for a person they like.

Gemma argued back: “I’m not saying anything, but I’m just going on the terrace.”

But seconds later she was telling Luca about the new arrival.

Gemma told Luca: “We got a text saying there’s going to be a new guy called Charlie and you’re all going to welcome him.”

Luca then went downstairs to pass on the information he’d gathered to the boys.

“I don’t know how to say this, but there’s a new boy coming tonight called Charlie.”

Furious fans slammed Gemma for lying to the girls about telling Luca.

One said: “Gemma with the biggest show of lying & snitching in the series so far.”

Another added: “Gemma you absolute lying snitch. Totally betrayed the rest of the girls.”

Someone asked: “So are you guys going to grill Gemma for lying to the girls that she wasn’t gna say anything same way you people finished Ekinsu for lying to Davide?”

Another wondered: “Why is gemma lying for?”

Read all the latest Love Island news, gossip and exclusives

Strikes: If you ask me to pick a side, I will always chose the workers