LOVE Island has now confirmed the first Islanders going into the villa next week – alongside their sizzling promo pics.

It’s a diverse line-up this year with a paramedic, a pharmacist and the show’s first ever deaf contestant.

Tasha, from Thirsk in North Yorkshire was revealed by The Sun yesterday as the show’s first ever deaf contestant.

Asked how pals would describe her she said: “I think they’d say I’m inspirational because of my hearing and my cochlear implant.

“I inspire quite a lot of people because I’m really open about it.”

But she says she’ll trample her competitors if she needs to, insisting: “I’m here to find my man. I may have to step on toes – but I’ll do it in the nicest way possible.” 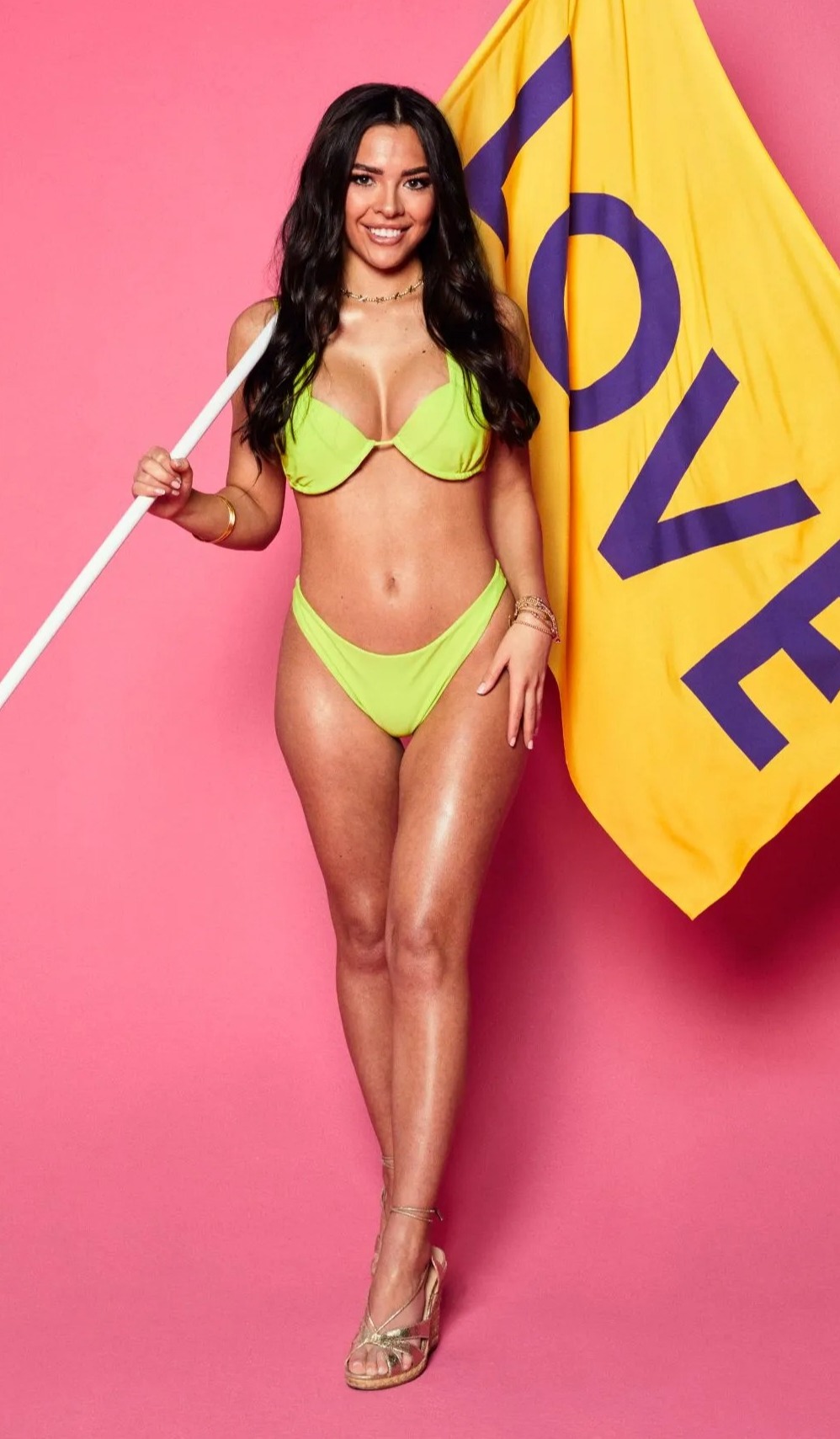 The Sun revealed Gemma – the daughter of former England ace Michael – was joining the villa last month. But will she score?

Just like her dad, she’s focused on her goals. Here she is talking about relationships: “I would say I’m very competitive.

“I will always go for what I want. But at the same time, I’m not going to mess up something for someone who is in a proper relationship or get in the way of a couple if they have a genuine connection.”

And what doesn’t she like? “A few clothing items can give me the ick, like someone who wears trainers with long socks!” Fair.

No-nonsense nanny Amber says she has endless patience for the kids she cares for – but absolutely none for adults.

The Londoner also warned the flashy types who often strut into the Love Island villa are likely to get cut down by the Mary Poppins of romance.

Amber said: “I don’t like guys that show off. I don’t like flashy, showy-offy guys – just have a personality and make me laugh.

“There was this one guy and he was trying to purposefully show off his car keys and we were literally in the middle of a restaurant!” 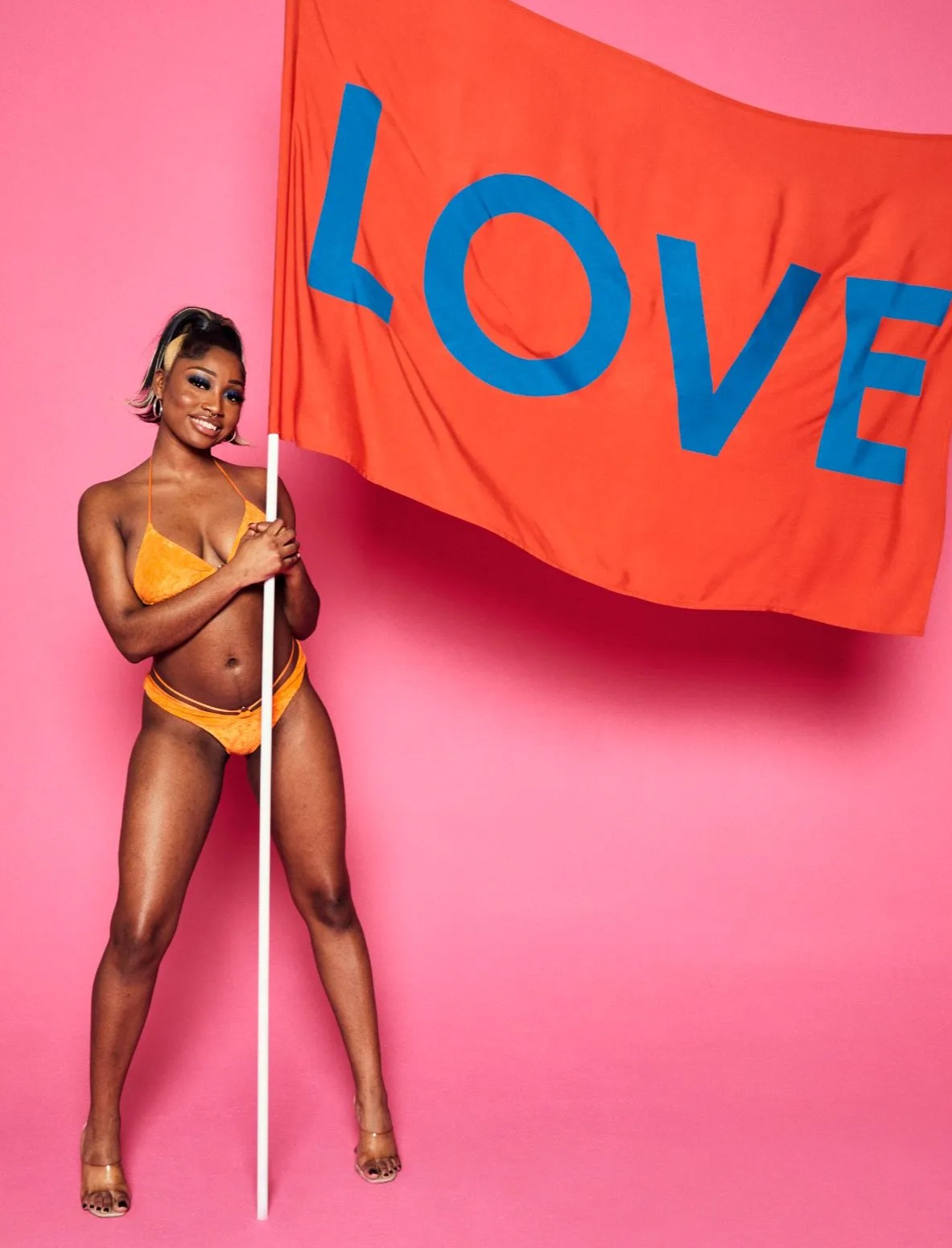 No-nonsense Londoner Indiyah says she won’t stand for lads who treat the girls of the villa like some kind of pick’n’mix stand like they did last year (mentioning no names… Toby).

She insisted: “I’m not a ‘beg’. So, if I feel like you’re with somebody else or somebody else thinks they have a chance, you can p*** off.”

The waitress, who describes herself as “very picky” added: “If you’re not all about me, then forget it!” 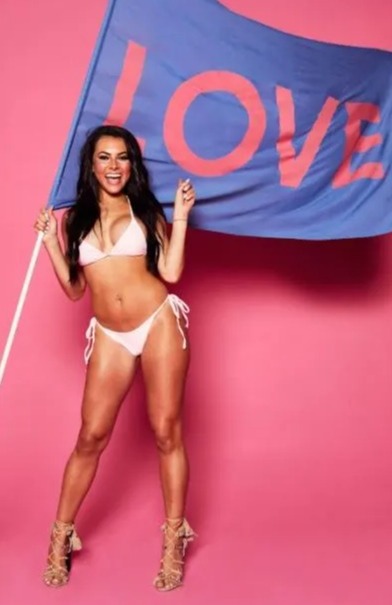 Paige Thorne was the first Islander announced this morningCredit: ITV

Stunning medic Paige is looking for love – or at the minimum a bit of respect from Gordon Ramsay.

She explained: “I came out of a relationship and I was just so done with guys so was like, ‘Right, that’s it. I’m going to focus on me.’

“Then I was like, ‘OK, I’m bored now, I’m lonely and I miss love and the connection and everything else.’ I’ve been on a few dates but I just haven’t clicked with anyone.”

Speaking about her prowess in Love Island’s famously poky kitchen the Swansea girl added: “My roasties are up there, I think Gordon Ramsay would be impressed.” 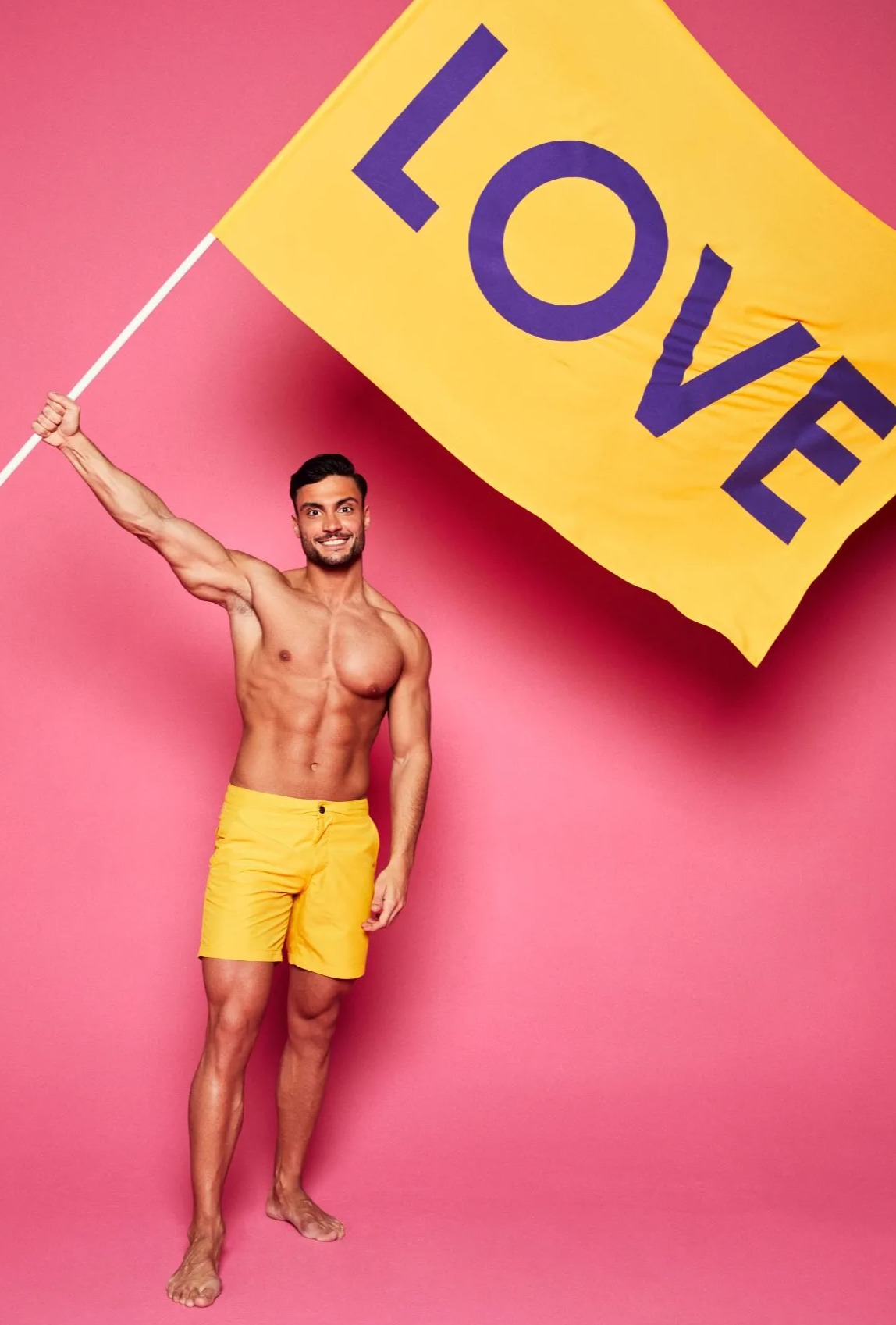 Look out ladies, because Love Island has it’s own “Italian stallion”. And it’s not us saying that – it’s the bloke in question.

And as we are about to find out, Manchester-based Davide is not short on confidence. He said: “With my Italian charm, I can also be a very romantic guy.

“I’m good looking and I’ve realised since I first arrived in Manchester, a lot of English girls actually love me. 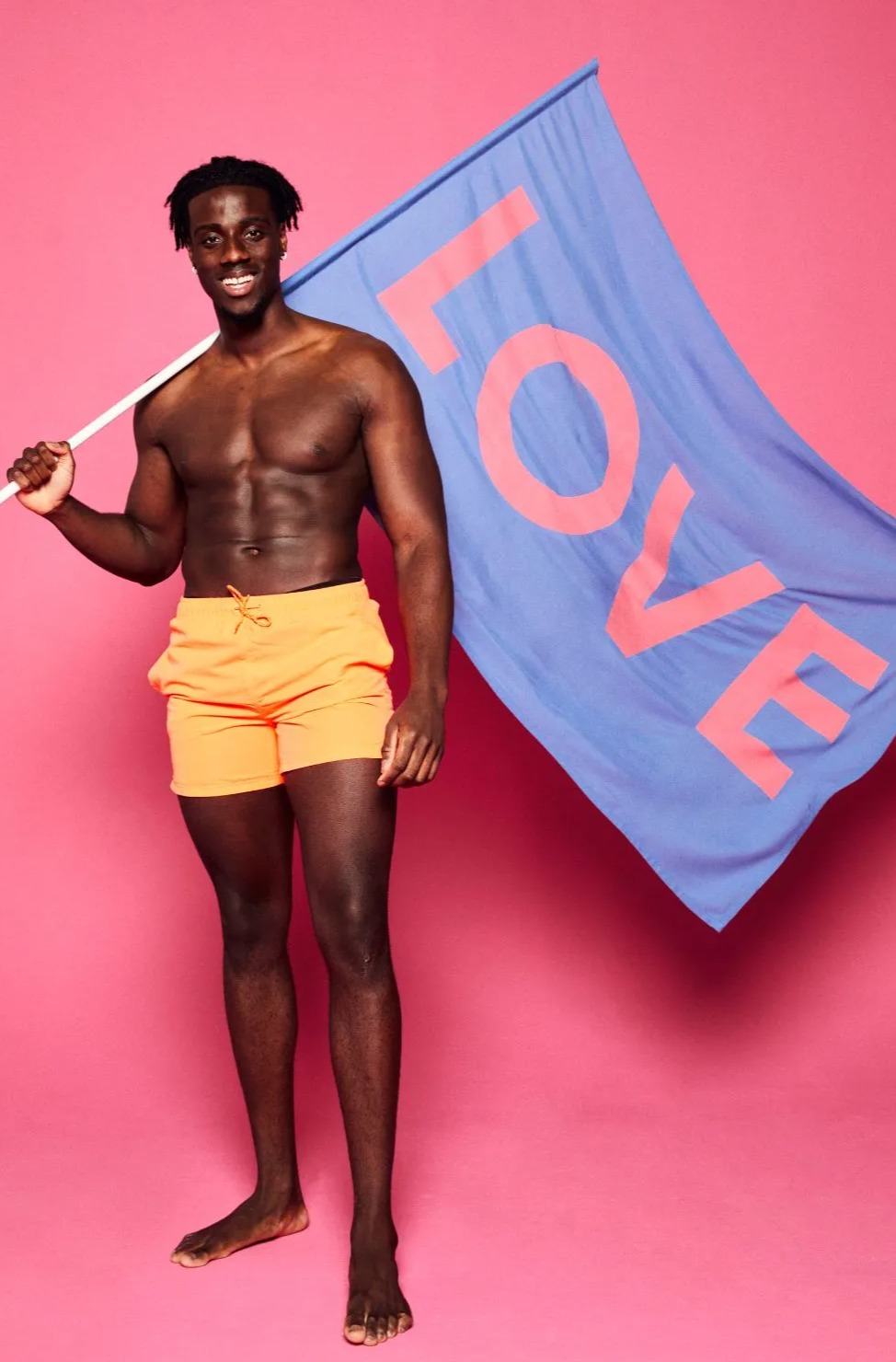 Nottingham boy Ikenna Ekwonna said: ‘I’m at the age where I could find someone’Credit: ITV

Before going in the villa he explained he’s ready for love.

Ikenna explained: “I’ve only been in one past relationship but now I think I’m at the age where I could find someone.”

He added: “Hopefully, I’m going to bring spontaneity and excitement. I’m not really shy to speak to people and I don’t really care too much about what people think.” 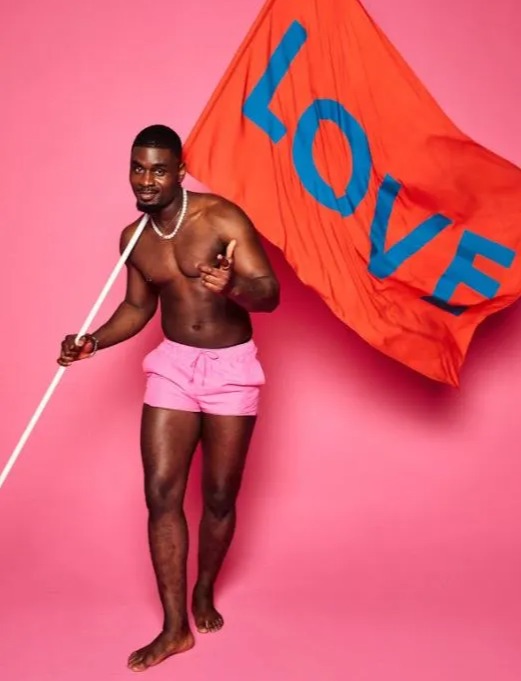 Dublin lad Dami Hope was the first of the boys to be announcedCredit: ITV

Dami from Dublin has been single for four years but says he’s been pestered to find love by his mum.

However, he’s already got the Love Island lingo sorted, insisting: “I like going on dates, more so for the past few years.

“I don’t put all my eggs in one basket and that way I get the chance to meet people that I might be better with.”

Given that’s usually thinly-designed code for a spot of rampant bed-hopping, Dami should be a promising character in the villa this summer. 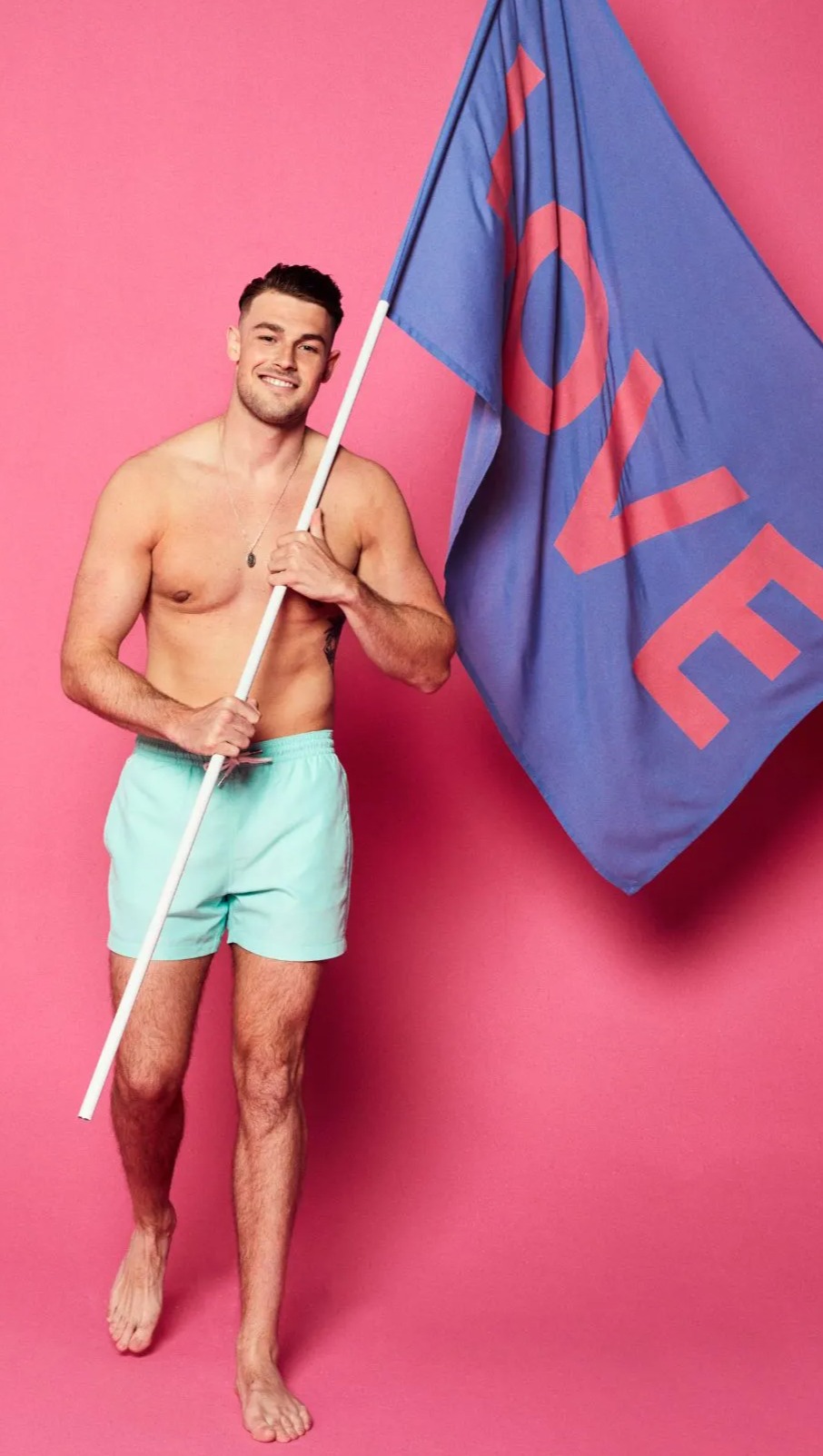 He explained: “I thought why not? This is the best time to give it a go. 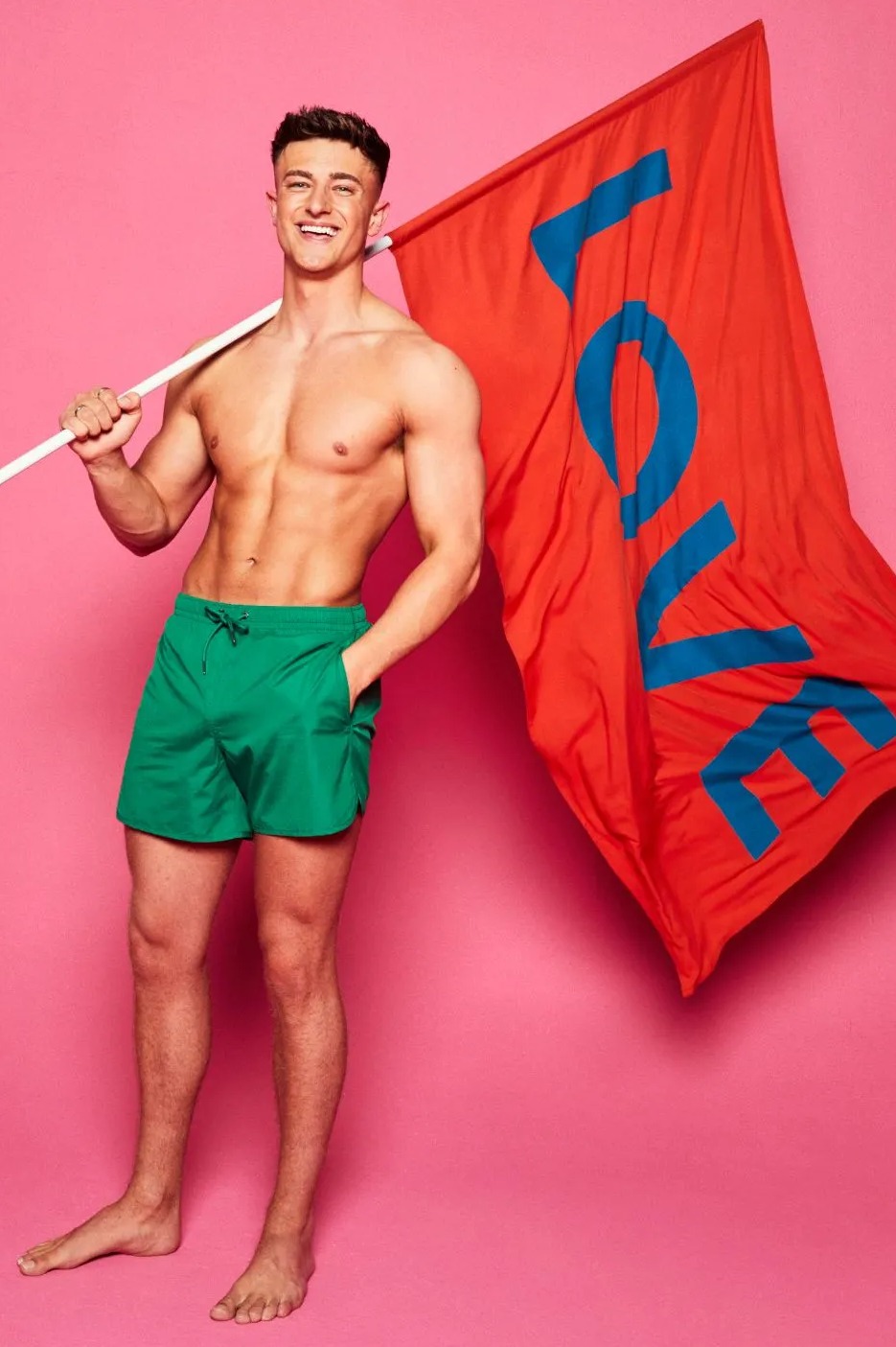 Ladies’ man Liam reckons the way to impress a girl is to shower them with compliments.

So far so good? Wait till you hear the compliments. He said: “The thing that girls quite like is that I’m not just like, ‘You’re mint.’

“I’m like: ‘Your eyes are piercing, I’m lost in your eyes.’ Or I’ll say something like, ‘You’ve got nice feet’ or something.”

The lad, from Newport, South Wales, came out of a long-term relationship in November and says he’s had a “little dabble here and there” since then. Did someone say ‘player’?

Women rock just as hard as men – so where are the female headliners?