Just 1.6m at its narrowest, the five-floor property has a kitchen and dining area, reception area, bathroom and two bedrooms. 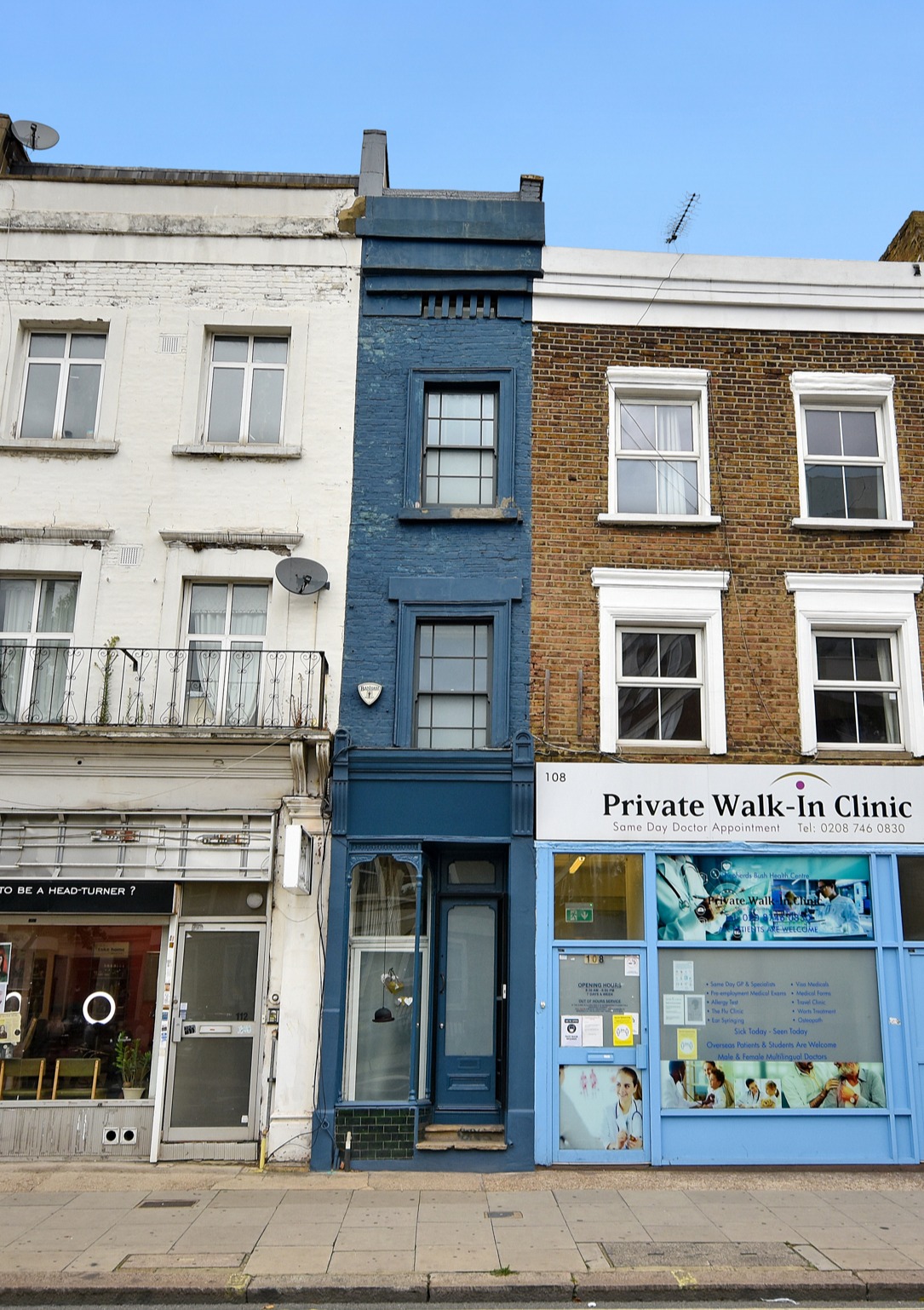 London’s thinnest property can be yours for £950,000Credit: Winkworth

At just 24ft long, the property is shorter than half a tennis court.

And it will also be a tight squeeze on your budget after it almost DOUBLED in value in a decade.

The property was also the home of fashion photographer Juergen Teller in the 1990s. 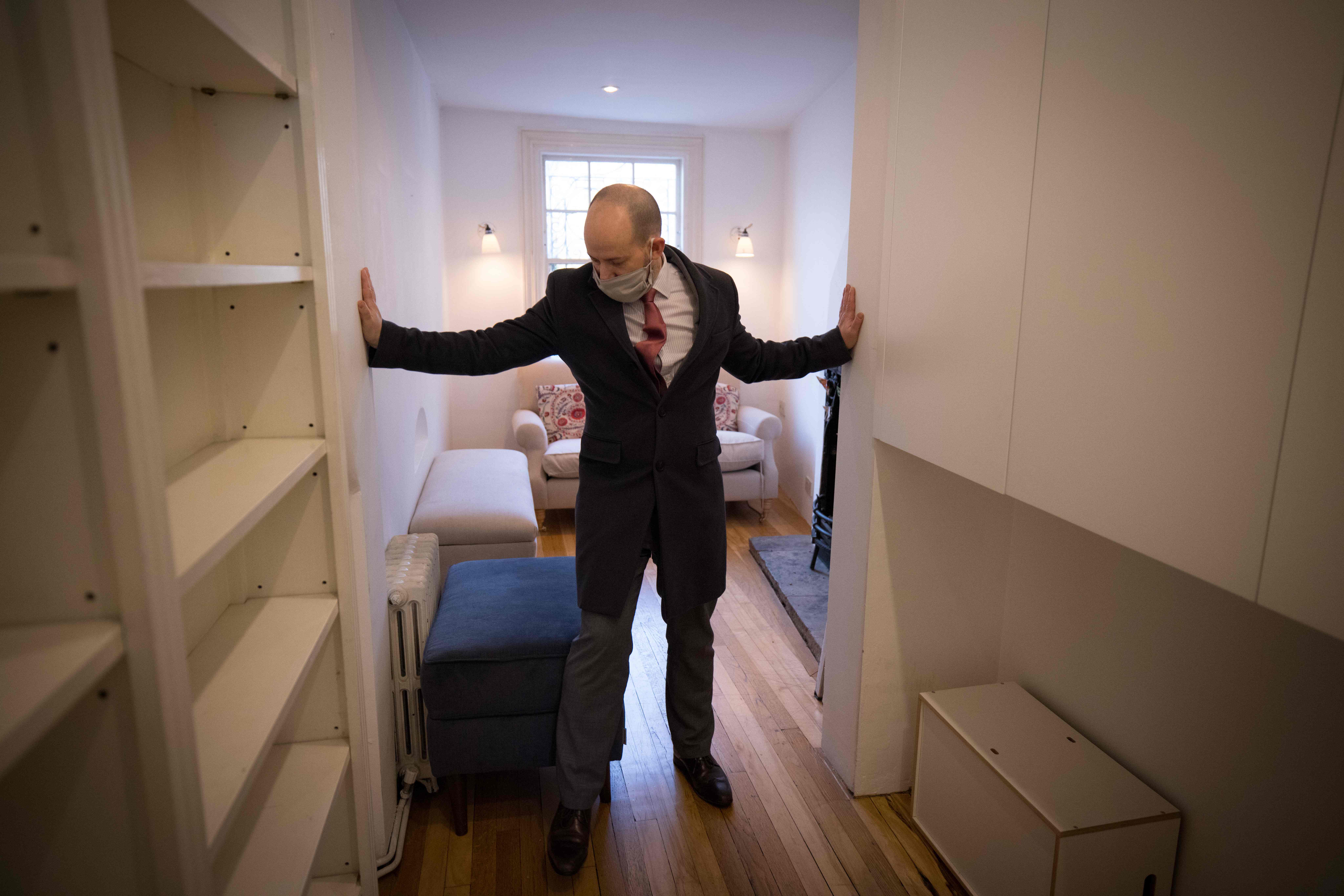 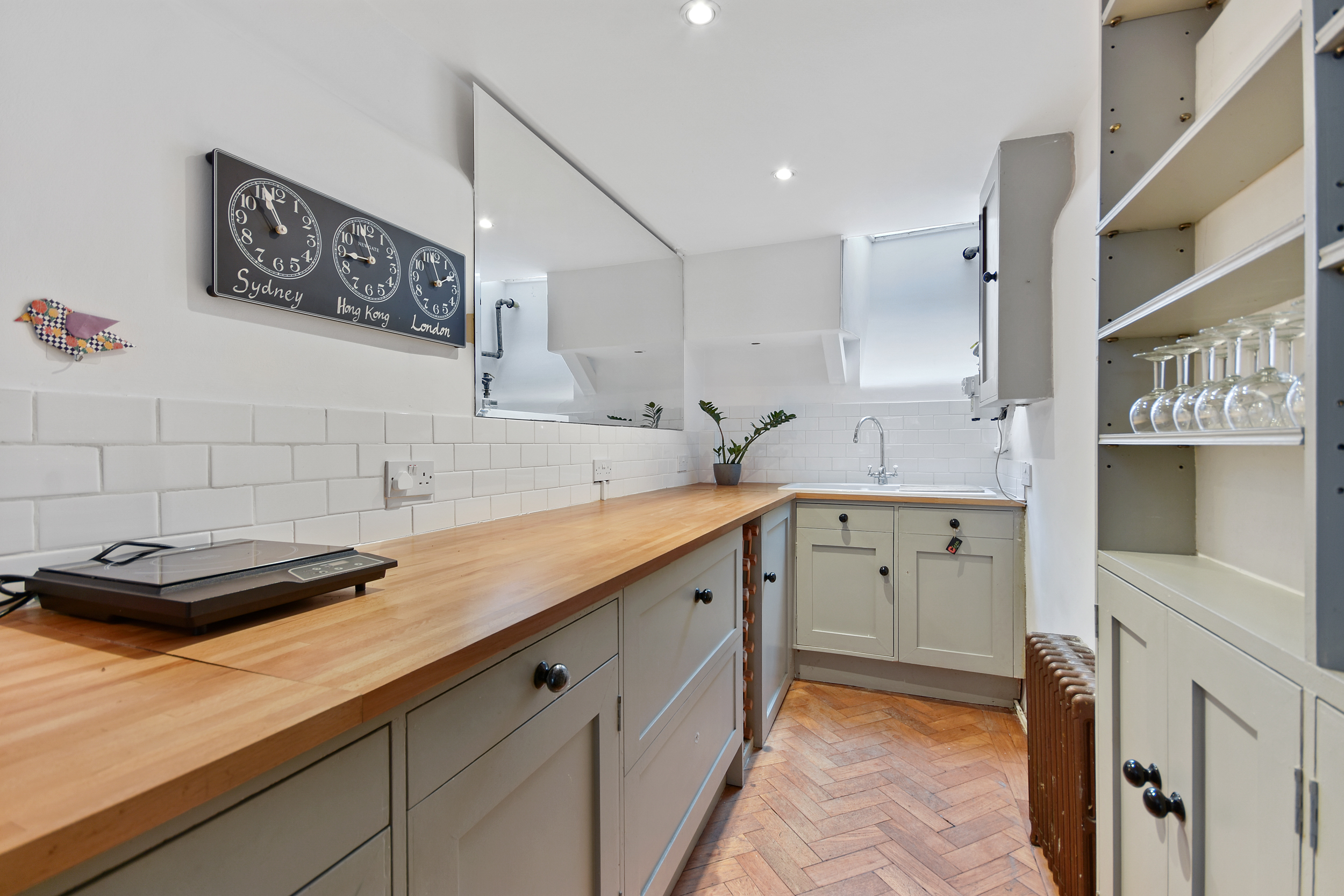 The kitchen is located on the lower ground floorCredit: Winkworth 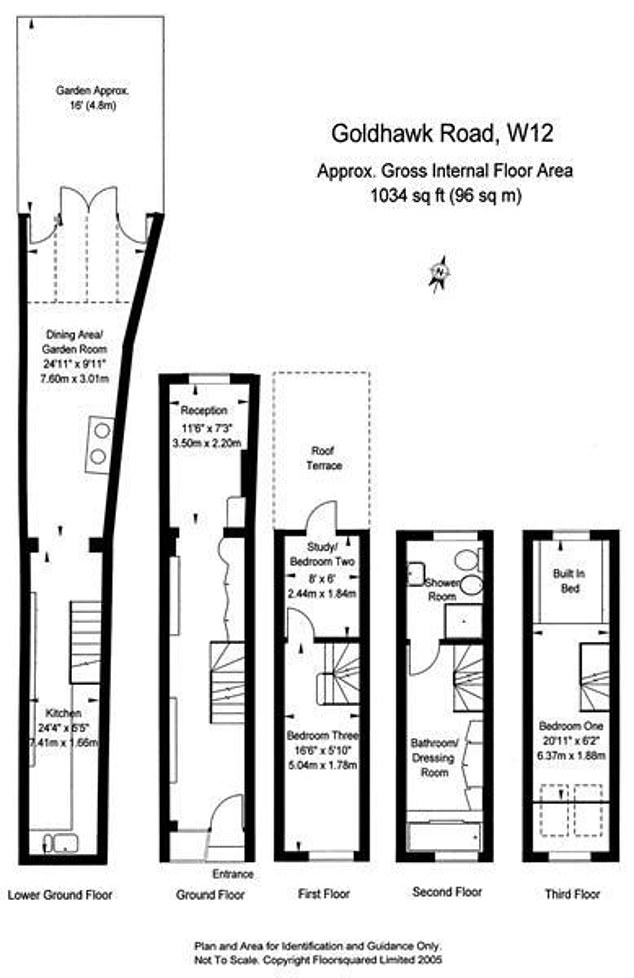 Simon Waller, who is handling the sale of the property at Winkworth, said it is the smallest house in London.

Being 5ft 5ins wide, some parts of the house are not even long enough for a person to lie down – as the average height of a man in the UK is 5ft 9in, according to the Office of National Statistics.

On the lower ground floor, which is 9ft 11in and has the widest spaces in the building, there is a long dining area with double height glazed doors leading out to a patio and garden.

The reception room on the ground floor measures 11ft by 7ft and is slightly wider than other parts of the property.

The first floor, which features a terrace with views of west London, is connected to the ground floor by a spiral staircase.

There are two bedrooms on the first floor – and the one with the terrace is only 8ft 6in. 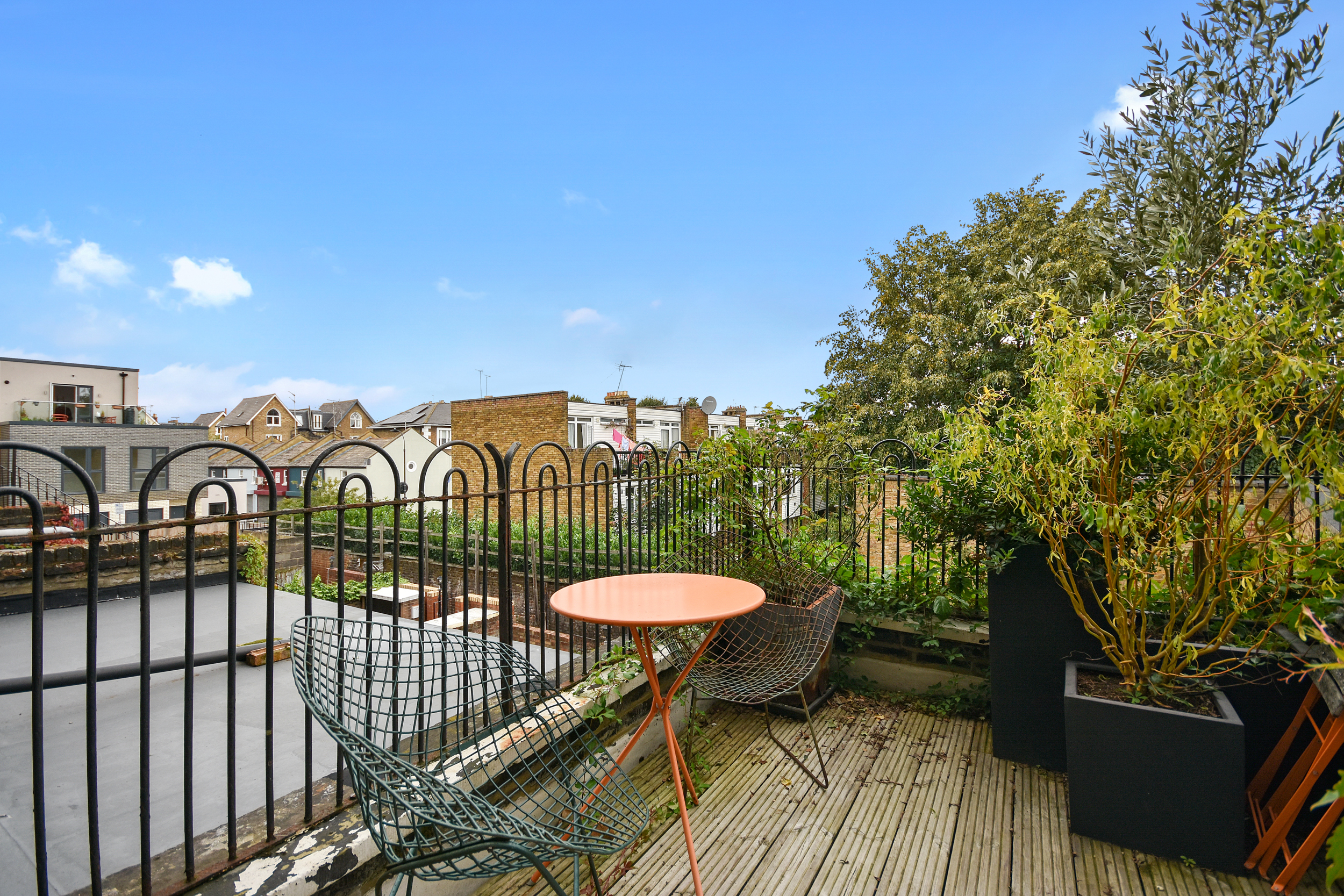 The small roof terrace has views of west London 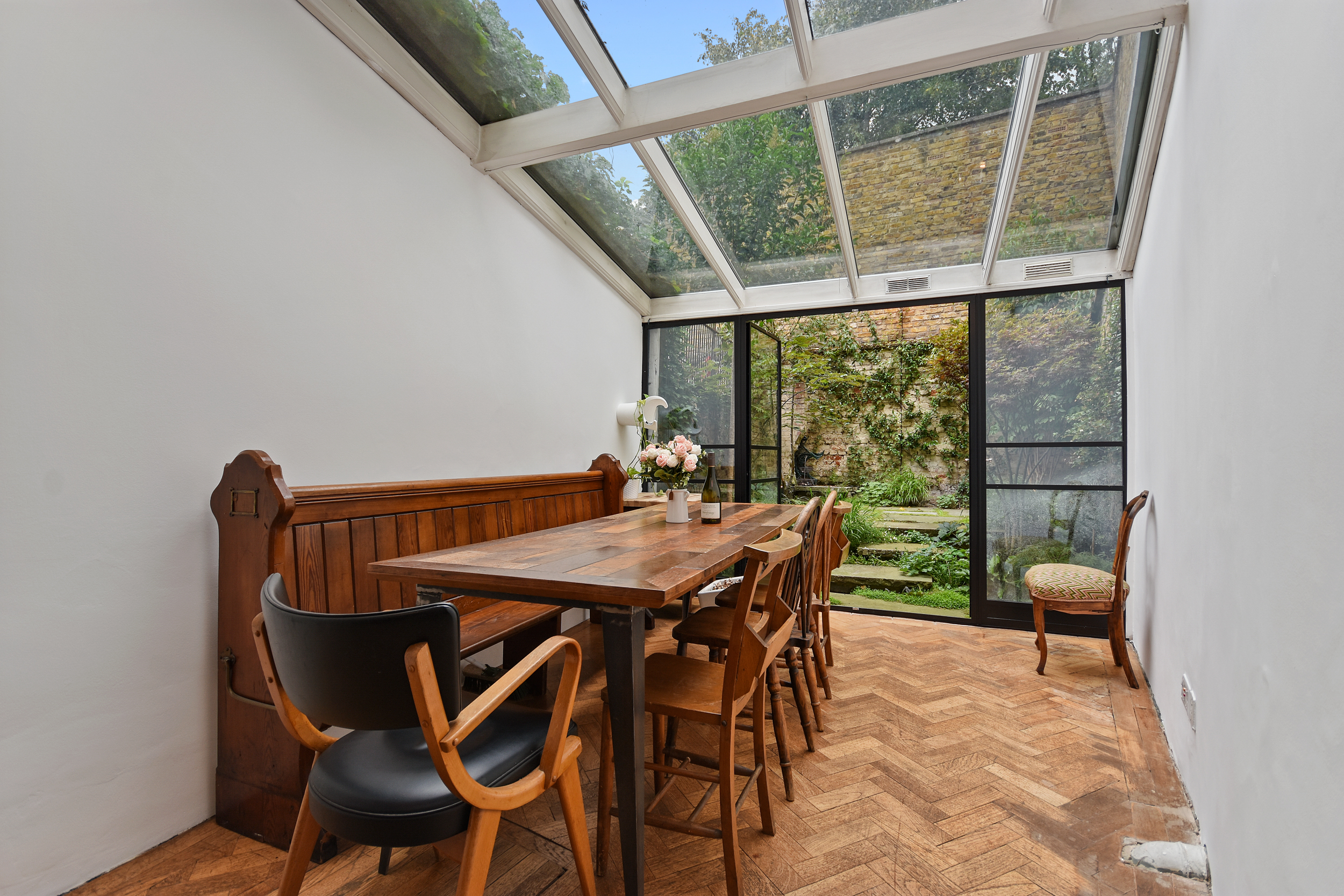 The dining room leads to a gardenCredit: Winkworth 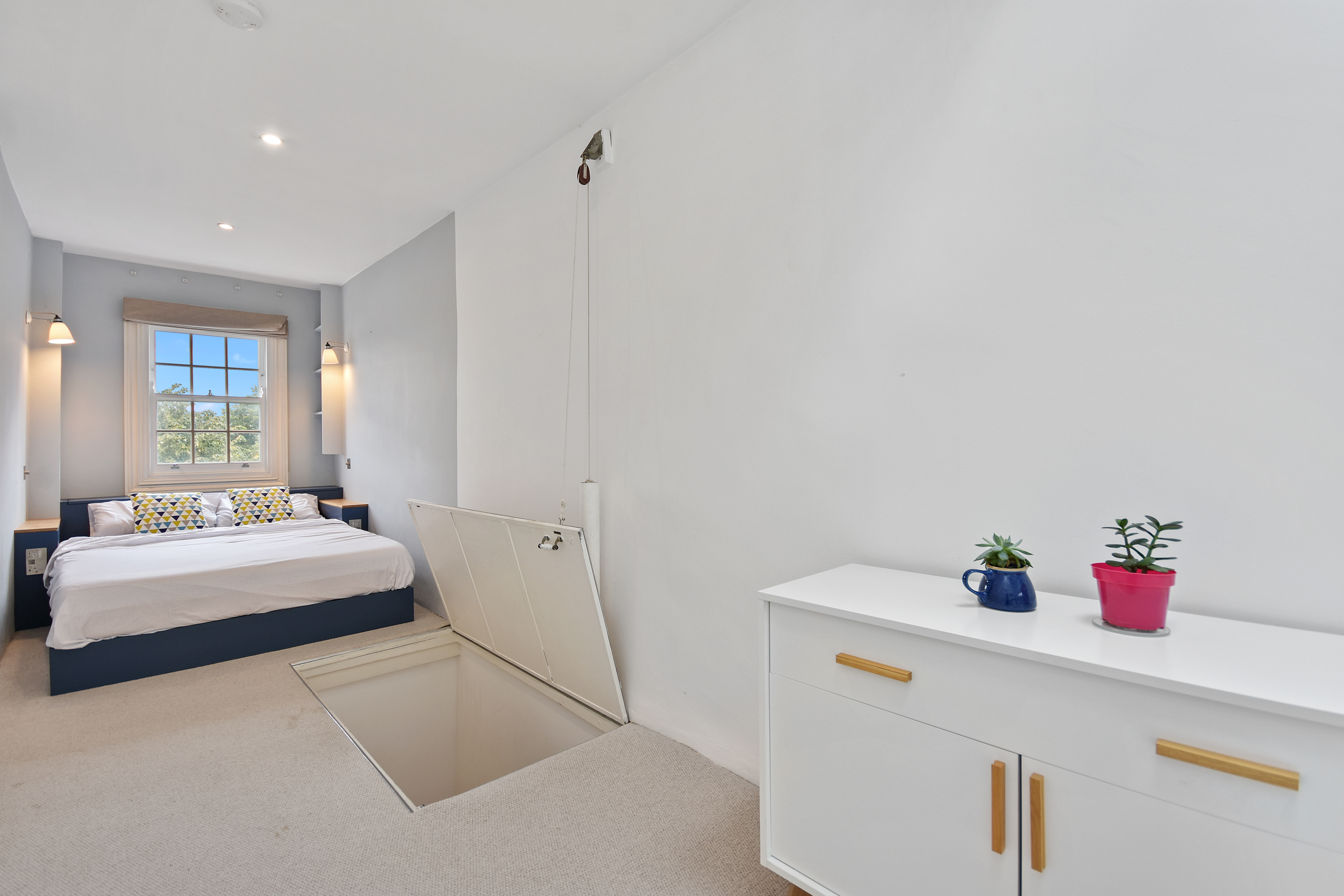 The main bedroom has a built-in bed 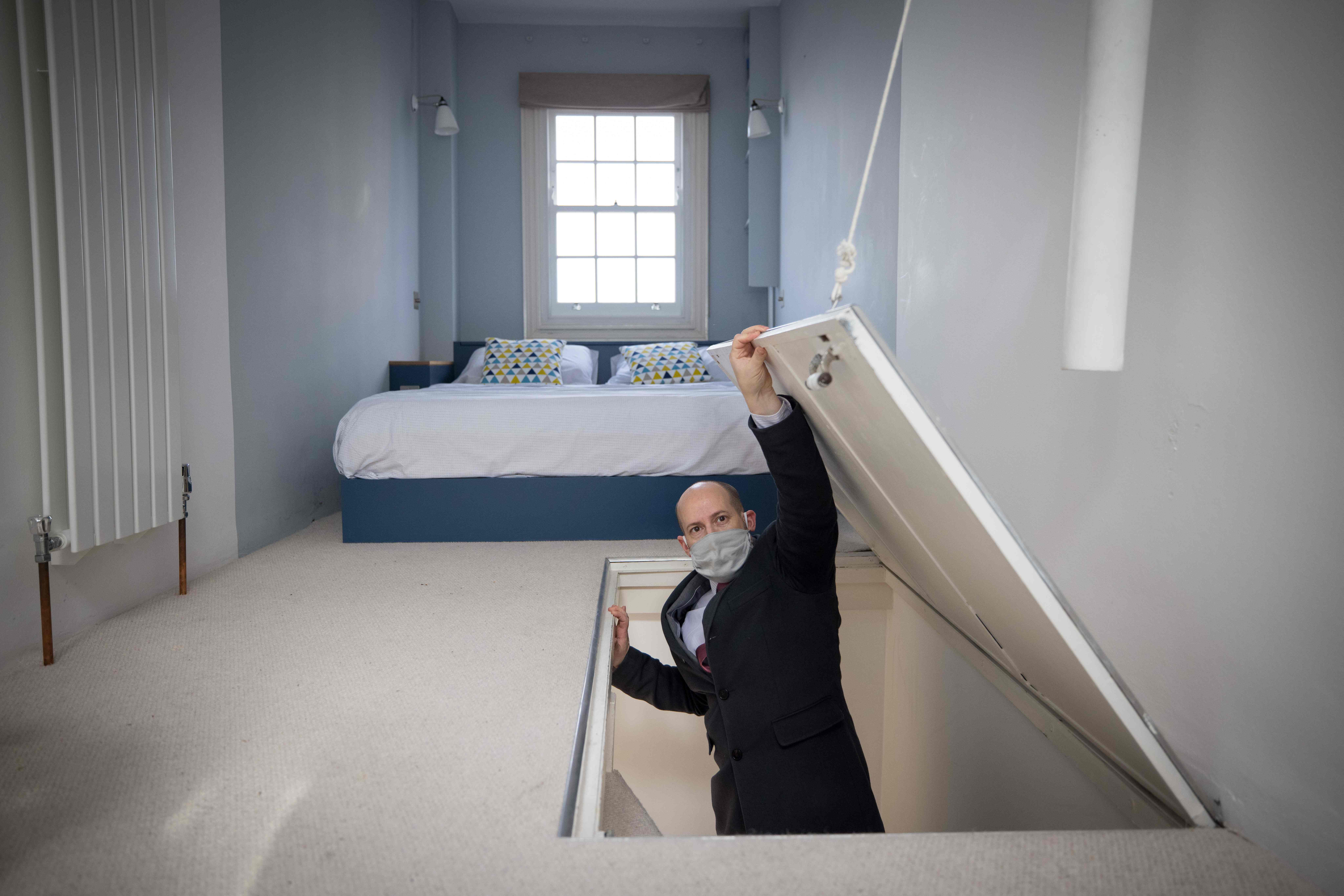 Estate agent David Myers shows off some of the home’s quirky featuresCredit: AFP or licensors 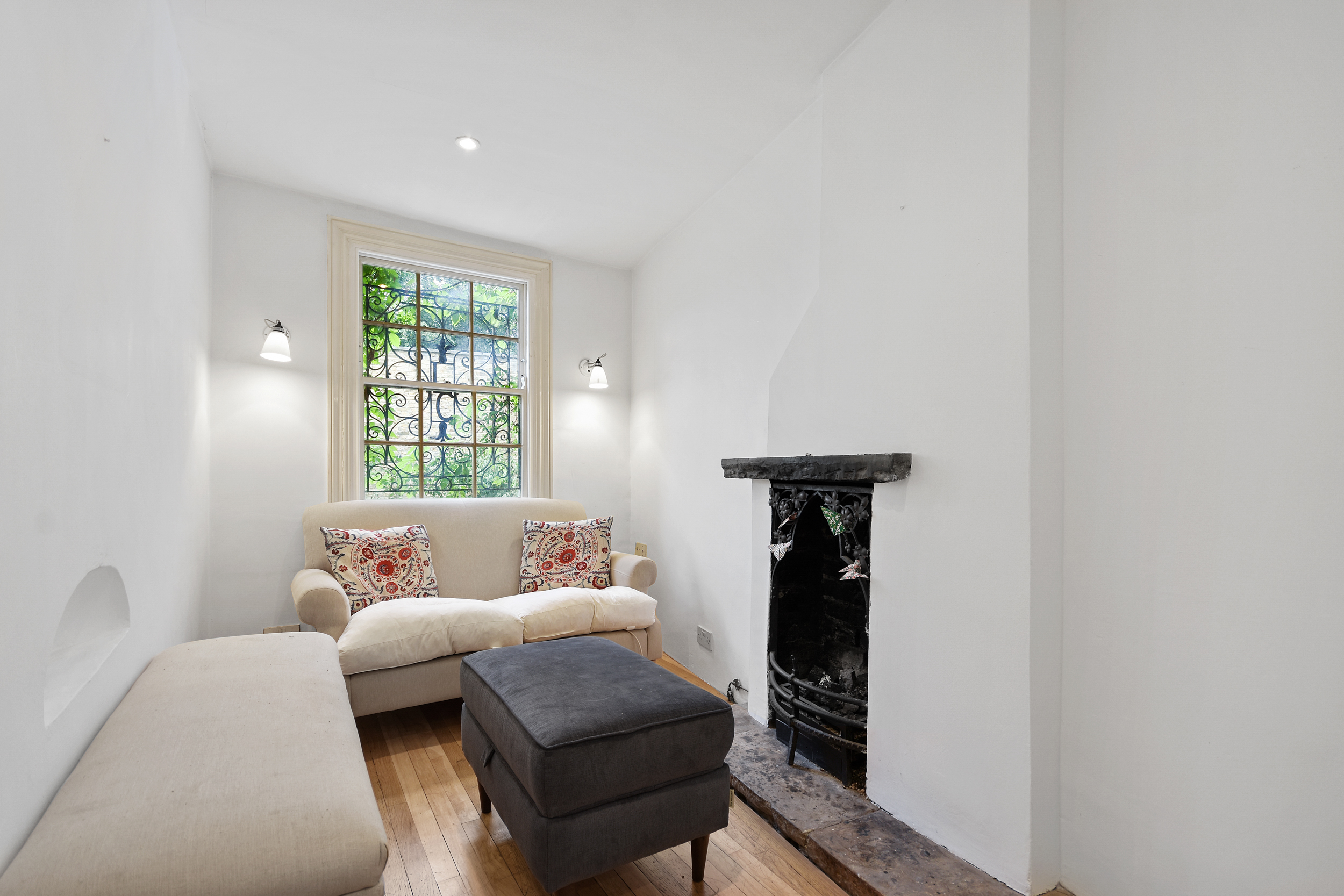 The reception room is on the ground floor and is one of the widest parts of the houseCredit: Winkworth

On the second floor, which is similar in size to the first and third floors, there are a shower room, a bathroom and a dressing room.

One more bedroom can be found on the third floor and has a built-in bed.

The agent said he once attended a New Year’s Eve party hosted by a casting director at the house in 1994 that went on for four days.

He said: “It was terribly bohemian – you could get lost in the different worlds over the five floors.”

Mr Walker added: “Each owner has sprinkled their own fairy dust on it.

“The current owner likens it to a classic car – she’s tinkering with it constantly.”

For a similar price, you could buy a five-bedroom house in Kent which comes with a 10-metre indoor swimming pool, a sauna and a gym.

Northfield House, a seven-bedroom home in East Lothian – with a coach house, a great hall, a cloakroom and a spiralling staircase – was also priced at £1million. 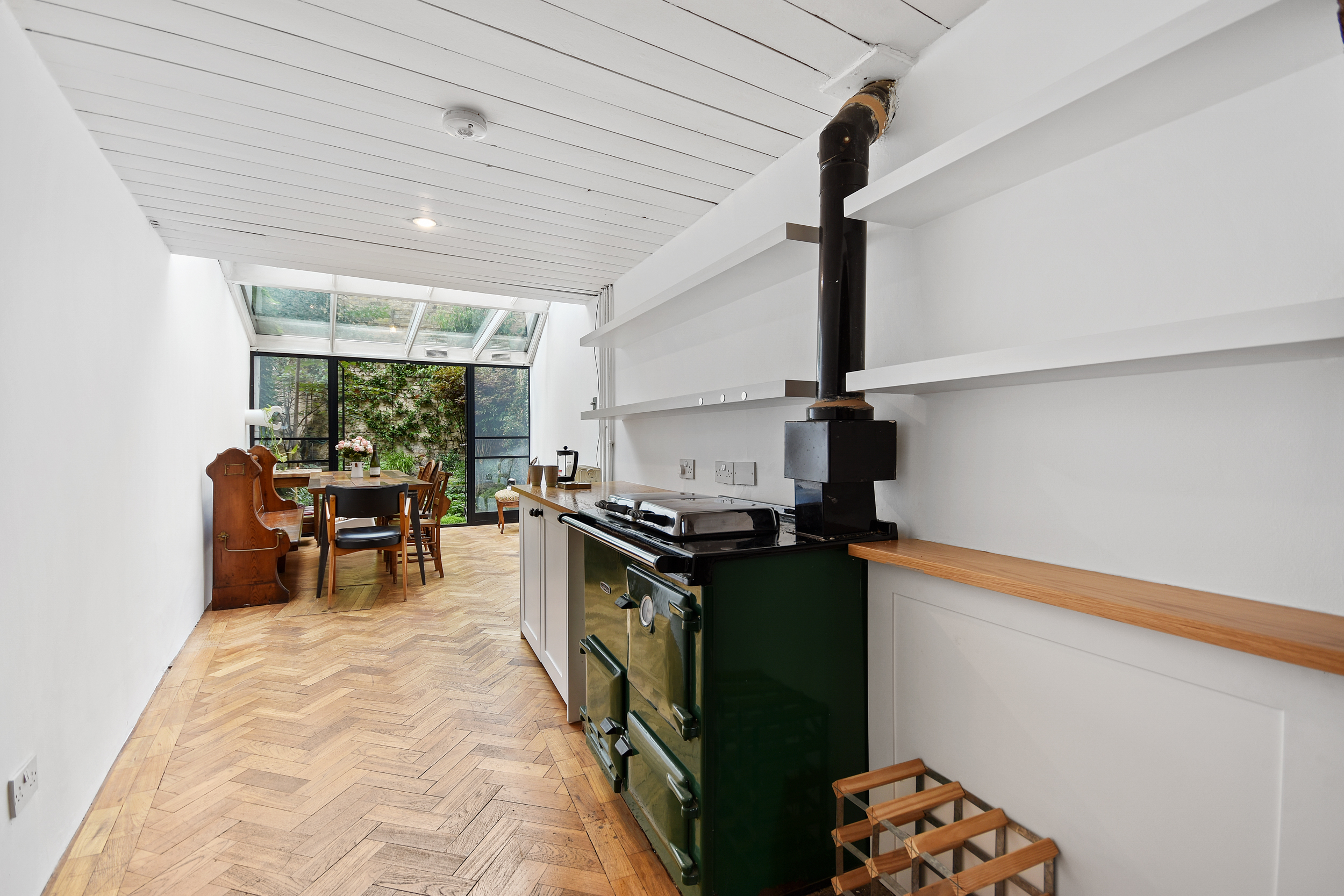 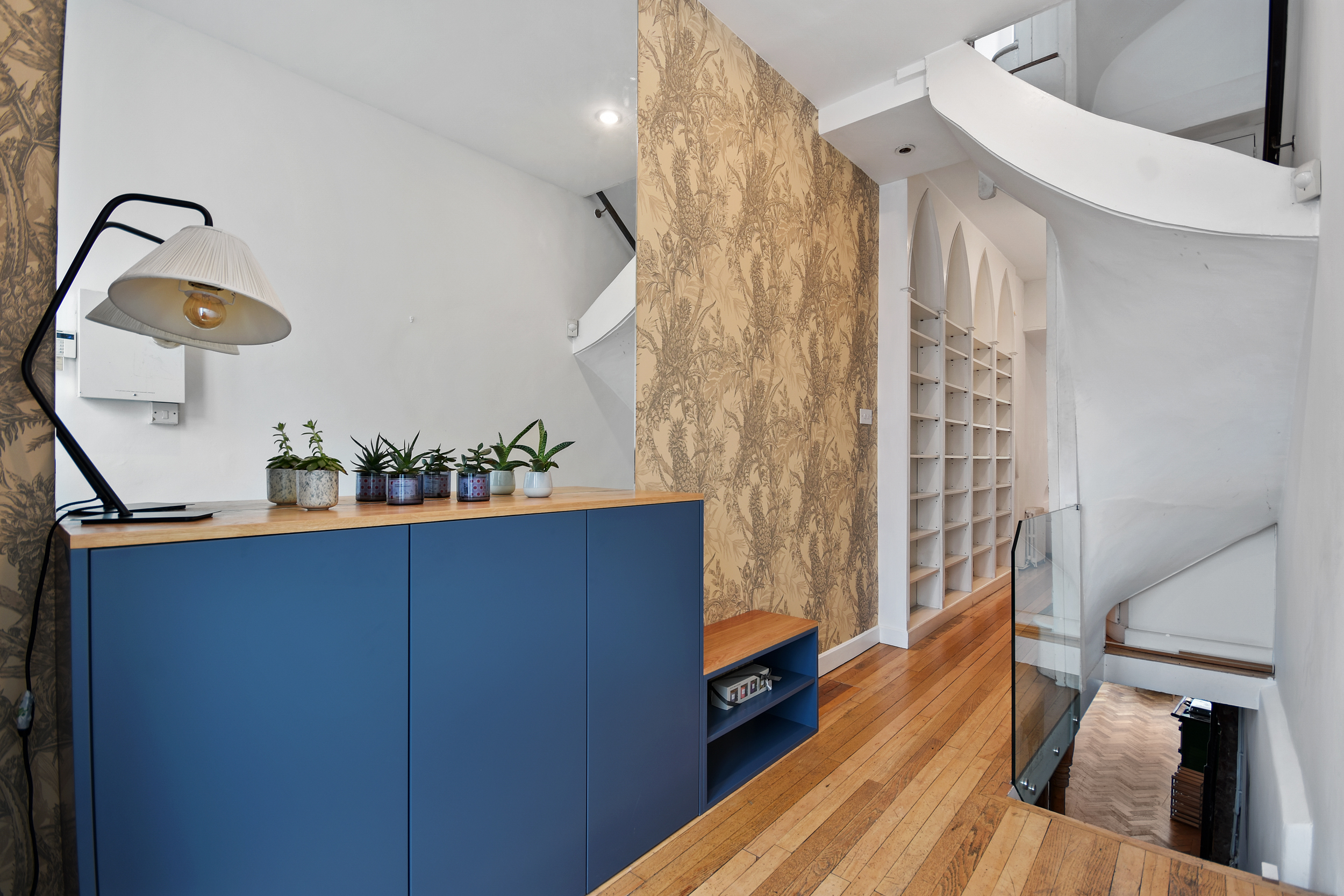 The hallway of the smallest house in LondonCredit: Winkworth 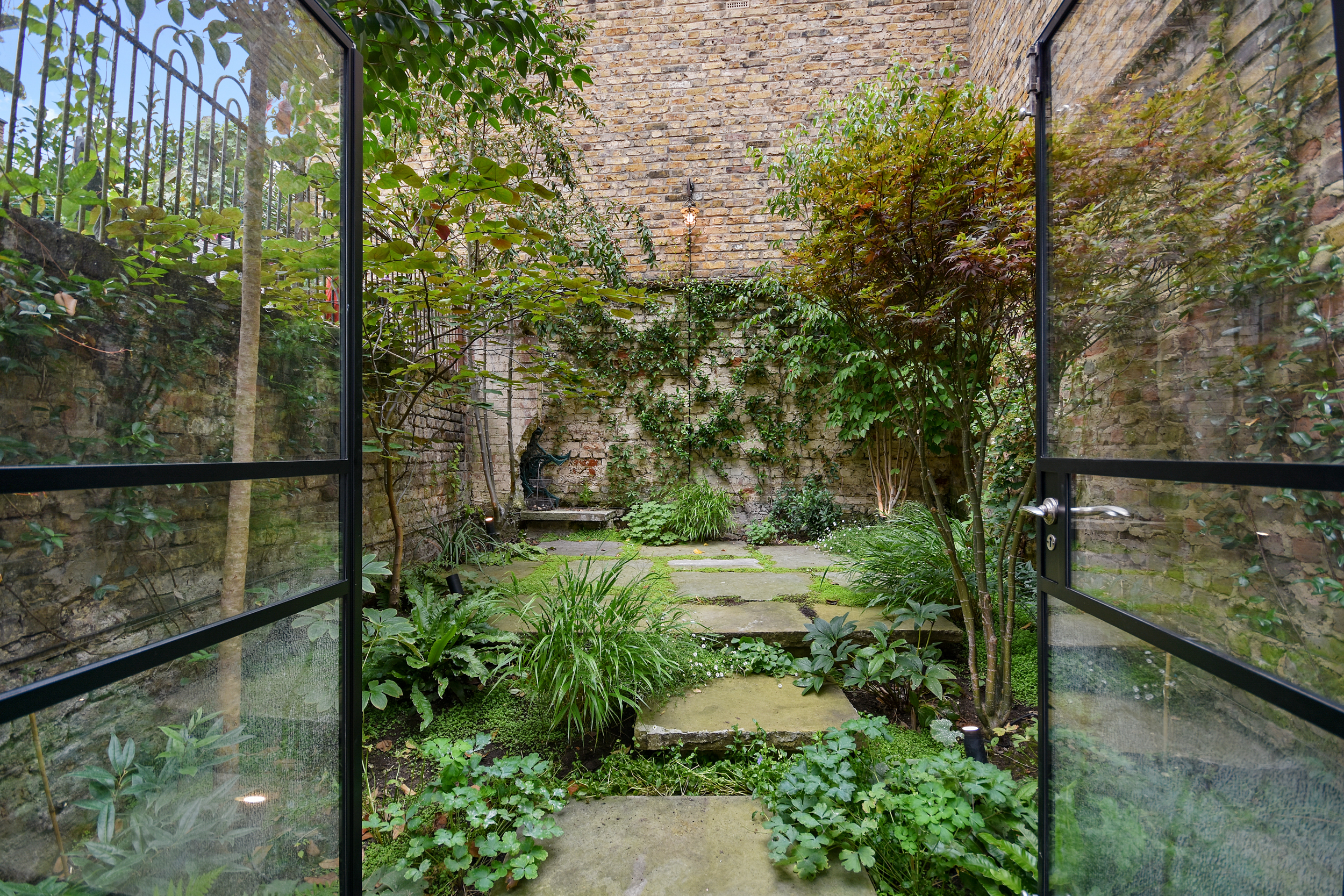