TRENT ALEXANDER-ARNOLD hoped to prove a point against Real Madrid – and he did just that.

Because the Liverpool defender delivered a performance which confirmed his spot for Euro2020. At home in front of the TV. 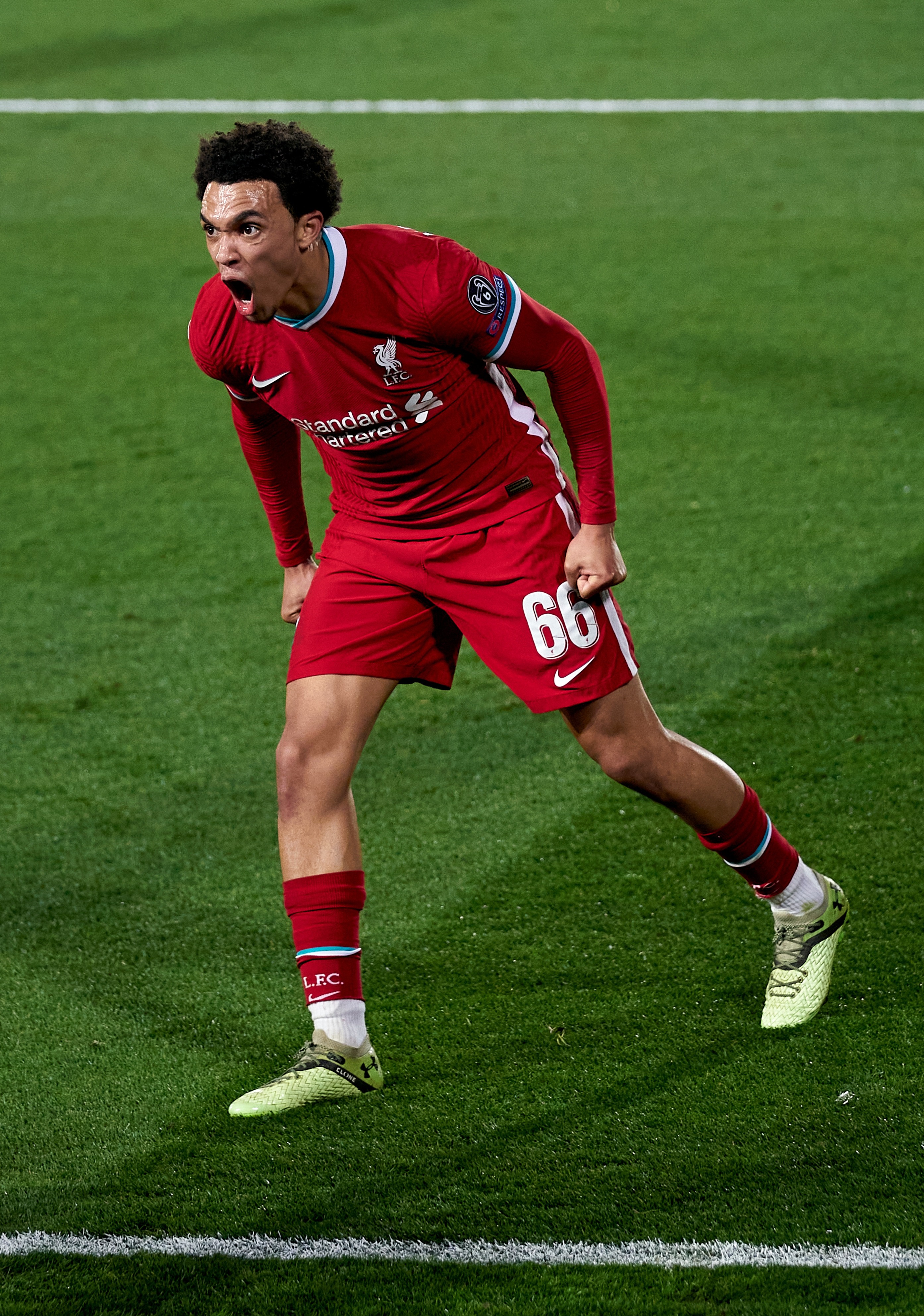 Trent Alexander-Arnold failed to impress against Real Madrid and was at fault for their second goal with a poor errorCredit: Getty

Alexander-Arnold was not the only Liverpool player who suffered all sorts of problems in the 3-1 loss to Real Madrid.

But the rest of Jurgen Klopp’s team had not been the subject of fierce debate over whether Southgate was right to drop the right-back for the three World Cup qualifiers.

Yet barring a freak run of injuries, Alexander-Arnold will not be among Southgate’s 23-man squad.

What a wretched season this has been for everyone at Liverpool but, apart from those who have suffered injuries, Alexander-Arnold has probably suffered the most misery.

And now this. Exposed and caught out by Real with Ferland Mendy and Vinicius Junior causing so many problems down the left.

With England, the only question is whether Southgate takes Kyle Walker, Kieran Trippier and Reece James or, two out of three right backs.

Alexander-Arnold impressed against Arsenal on Saturday, but looking at the state of Mikel Arteta’s team, this is not a triumph for any defender.

It’s gone from bad to worse for the Reds 😳

Major work to do in the second half! pic.twitter.com/YRHou8El2v

But this nervous performance at Real’s training ground made it easier for Southgate to argue his case.

The Champions League will always hold a special heart in the place of Alexander-Arnold.

Not just because he picked up a winner’s medal in 2019 but in the play-off first leg away to Hoffenheim the previous season.

Alexander-Arnold scored his first goal for the club with a brilliant free-kick.

In that campaign, which ended with defeat to Real in the final, Alexander-Arnold was not trusted in all of the big away games with Joe Gomez starting.

Yet three seasons later, the concerns remain over his defending, even though there are a few better going forward.

Real clearly identified this weakness. Alexander-Arnold was guilty of some weak defending when he was turned inside out by left-back Mendy who delivered a dangerous cross.

For Real’s first goal, neither Alexander-Arnold or Nat Phillips spotted the run by Vinicius who delivered a clinical finish from Toni Kroos’ stunning ball over the top. 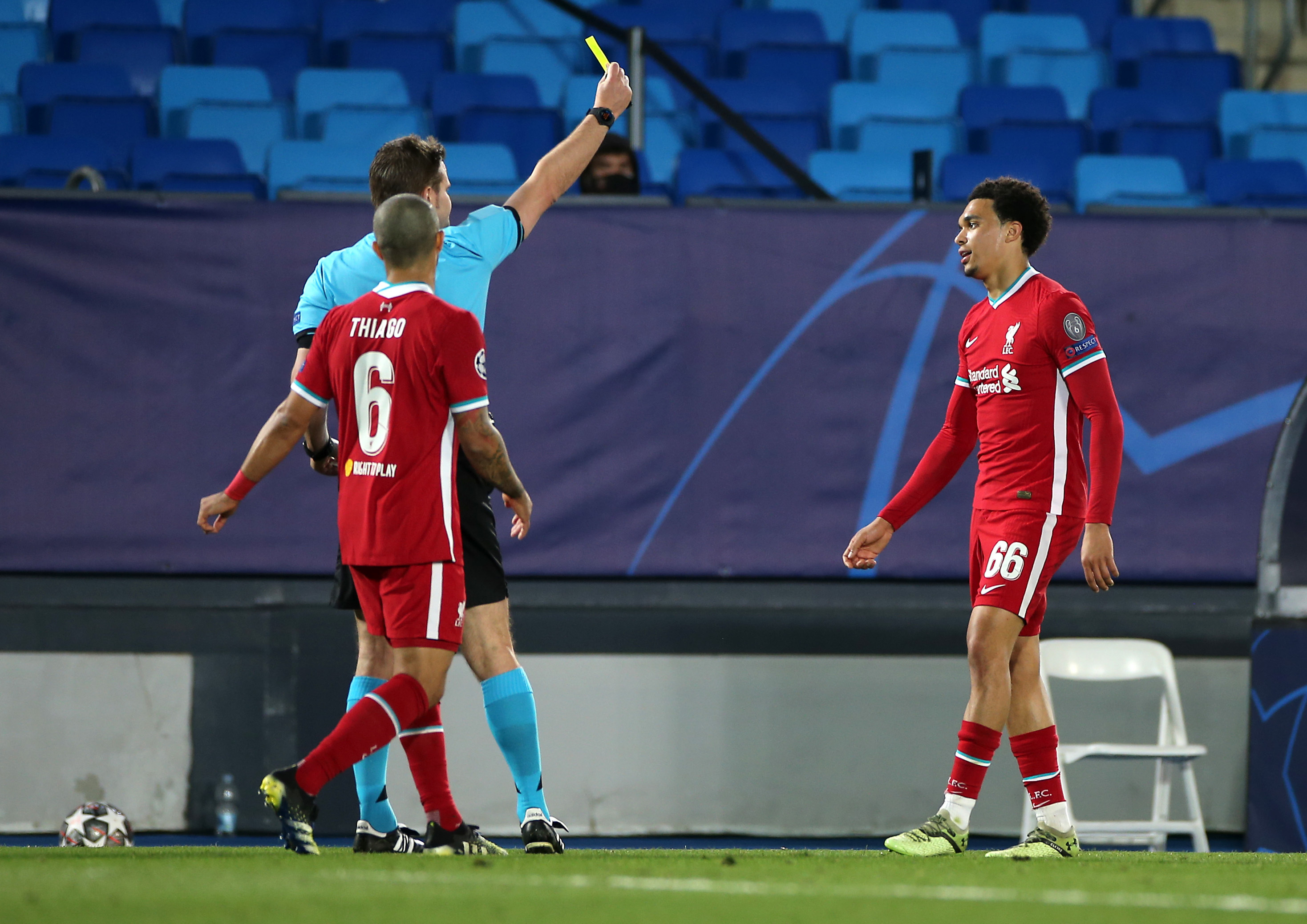 Liverpool failed to deal with a similar pass from Kroos, Alexander-Arnold panicked and headed into the path of Asensio who finished comfortably.

Despite being under pressure, this was unforgivable from Alexander-Arnold. Imagine if this had been in the knockout stages of the Euros.

Like the rest of the visitors. Alexander-Arnold improved after the break.

He played a part in the move which led to Mo Salah pulling one back and then played a stunning pass with a half volley to Diogo Jota.

Alexander-Arnold also did well to get across and tackle Asensio when Real broke on the counter attack.

Yet from the following throw-in, Liverpool defended in slo-motion and failed to get anywhere Vinicius who made it 3-1.

As frustrations grew, Alexander-Arnold went nose-to-nose with Vinicuis but sadly over the 90 minutes, there was only one winner.

And Southgate’s job for the summer had been made that little bit easier.