REAL MADRID host Barcelona in the latest rendition of a huge battle between the two eternal giants of Spanish football.

Barca are going through a rebuilding period under the legendary Xavi, and have a host of young talents that look to be the next generation for the Catalan giants.

Pedri and Frenkie De Jong look to be Xavi and Iniesta reborn.Credit: EPA

There is no denying that Real Madrid are strong favourites for this game, despite Barcelona’s young guns being desperate for El Clasico glory.

Karim Benzema has been arguably the best player in the world in 2022, and is in fine form after his hat-trick recently helped Los Blancos overcome Lionel Messi’s PSG.

The Argentine won’t be there to bail out his beloved Barca this season, but an in-form Pierre-Emerick Aubameyang will try to fill his boots. 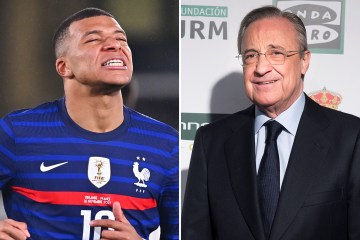 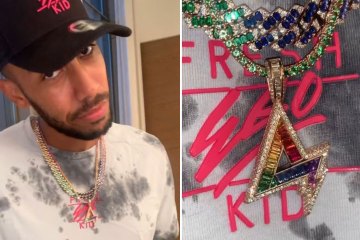 What time is Real Madrid vs Barcelona?

What channel is it on and can it be live-streamed?

Ferland Mendy is out for Real Madrid, so expect to see Nacho Fernandez deputise at left-back, where he is also comfortable.

The midfield maestro’s are available for Real Madrid, with Kroos, Casemiro and Modric all fit and ready to play.

Rodrygo Goes is a doubt, so we may see Federico Valverde on the right hand side to support Dani Carvajal in the right back position.

The only notable absences for Barcelona are Ansu Fati and Samuel Umtiti, who have ankle and toe injuries respectively.

Odds are courtesy of Betfair, and correct at the time of publication.