The Argentine legend, 33, scored twice in the second-half to give Barcelona a comfortable 3-0 win at the Nou Camp. 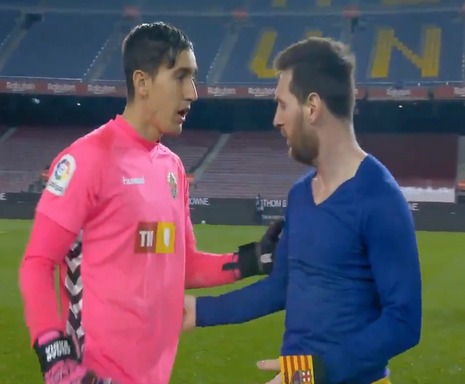 His first came following a sublime backheeled pass from Martin Braithwaite, with Messi slotting the ball into the bottom corner.

Jordi Alba added a third late on to ensure all three points went to Ronald Koeman and Co.

After the game, Badia approached Messi and asked him for his shirt.

As he was given the iconic Barcelona No10 jersey, Badia was left visibly perplexed as Messi asked for his in return.

A mixture of sheepish and giddy, the Elche stopper ripped off his top and handed it to Messi.

The pair shared a laugh, shook hands and went their separate ways.

It could be the last time Badia goes toe-to-to with the Argentina idol. 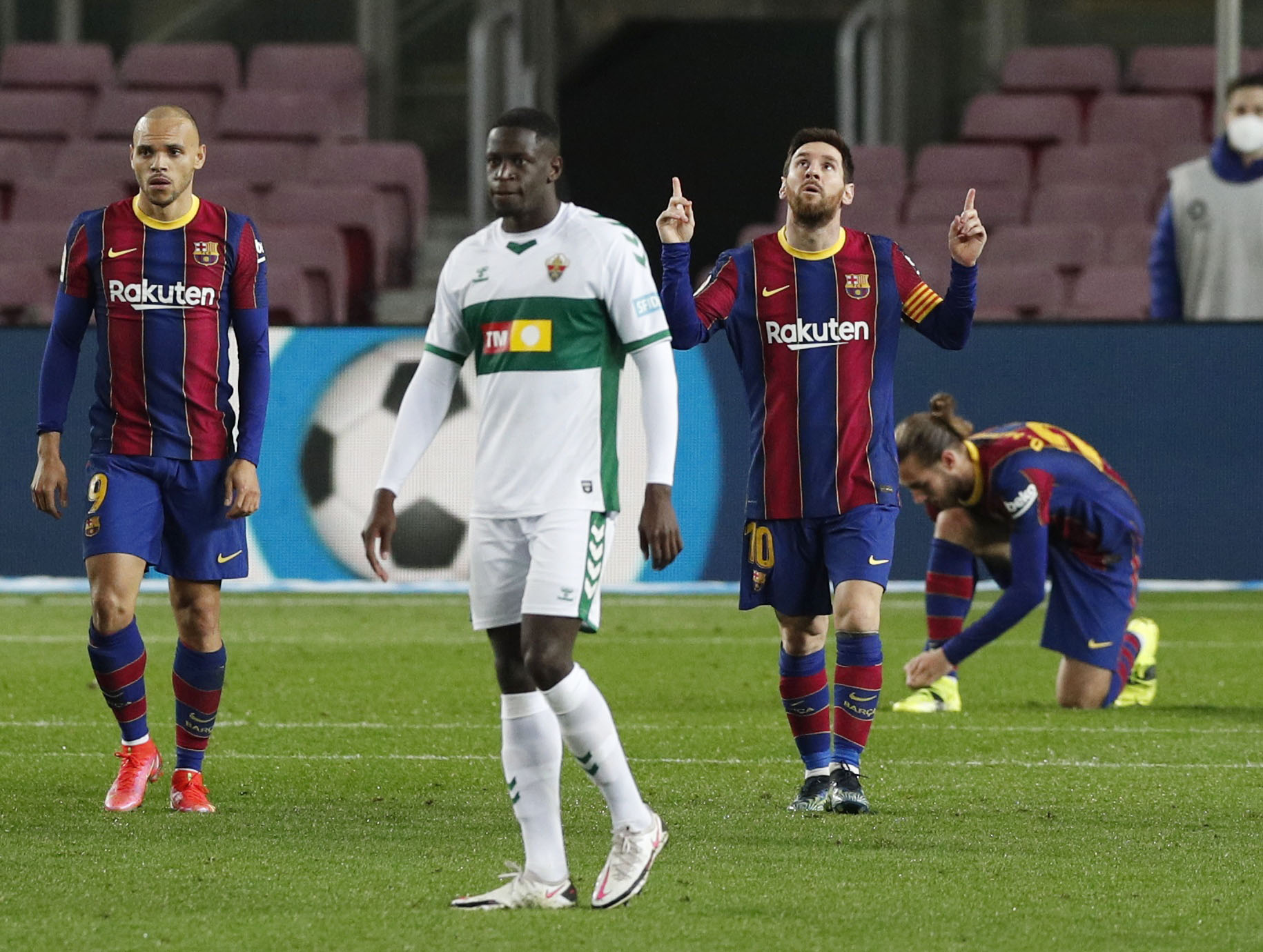 Messi scored twice in the 3-0 rout of Elche to move third in LaLigaCredit: Reuters

After all, the Barcelona ace – who put on a scintillating show in Wednesday night’s game – is out of contract at the Nou Camp at the end of the season.

Messi is widely expected to move to Manchester City or Paris Saint-Germain on a free transfer in the summer.

Both clubs are itching to finally win their first-ever Champions League title after years of domestic dominance.

And they see Messi as the answer to their prayers.

However, Diego Simeone’s men have a game in hand on both Barca and Real Madrid, who sit second.