LIAM Payne has revealed he gets tested for coronavirus before visiting his son Bear.

The One Direction star, 27, gave a rare insight to his co-parenting schedule with his ex Cheryl Tweedy and admitted it’s been “hard” visiting his son during the pandemic despite only living “up the street”. 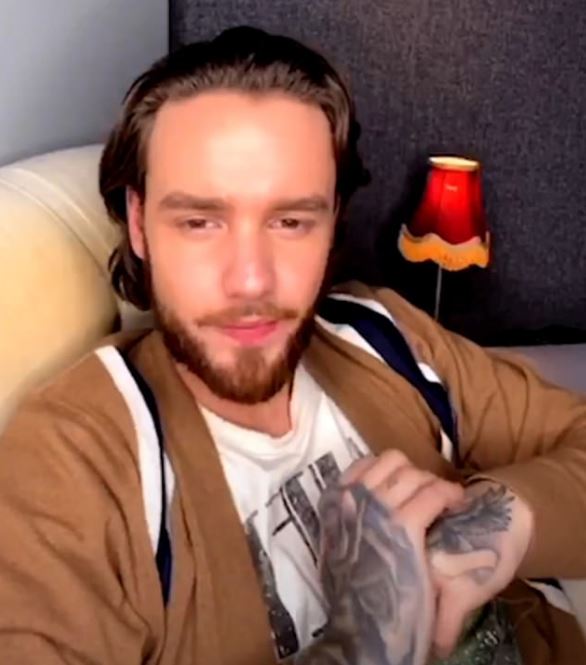 Liam Payne gets tested for coronavirus before visiting his son BearCredit: @liampayne/TIKTOK

“I went and saw Bear today we had a little hangout which was nice as I hadn’t seen him in a couple of weeks,” he said during an Instagram Live with producer Ben Winston, who he worked with on One Direction’s 2013 This Is Us documentary,

“He’s only up the street and it’s dead complicated but he’s gotten so big, huge.”

Before Christmas The Sun exclusively reported that Liam moved from his London pad and is renting a £5million seven-bed-mansion in Buckinghamshire with his model fiancée Maya Henry. 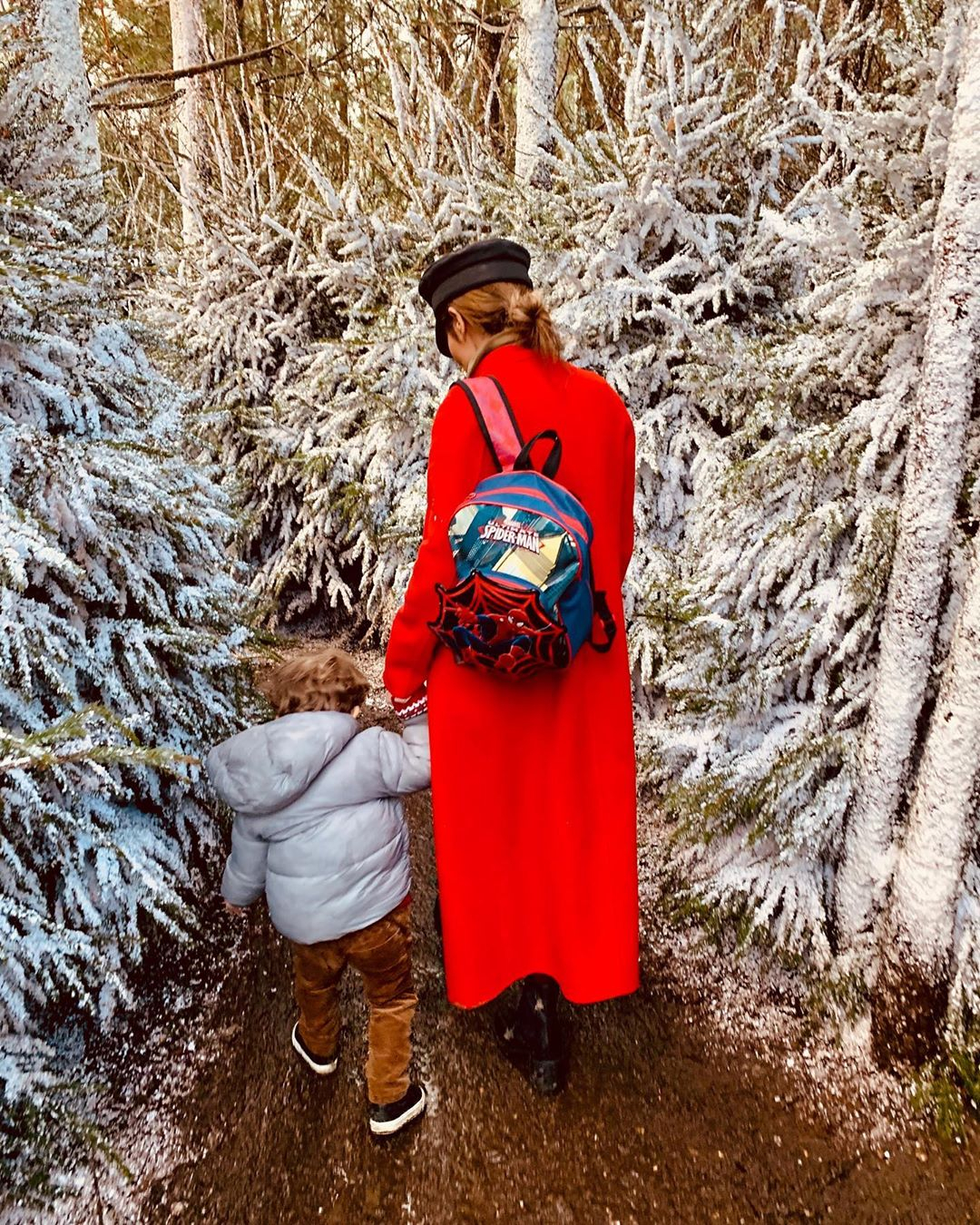 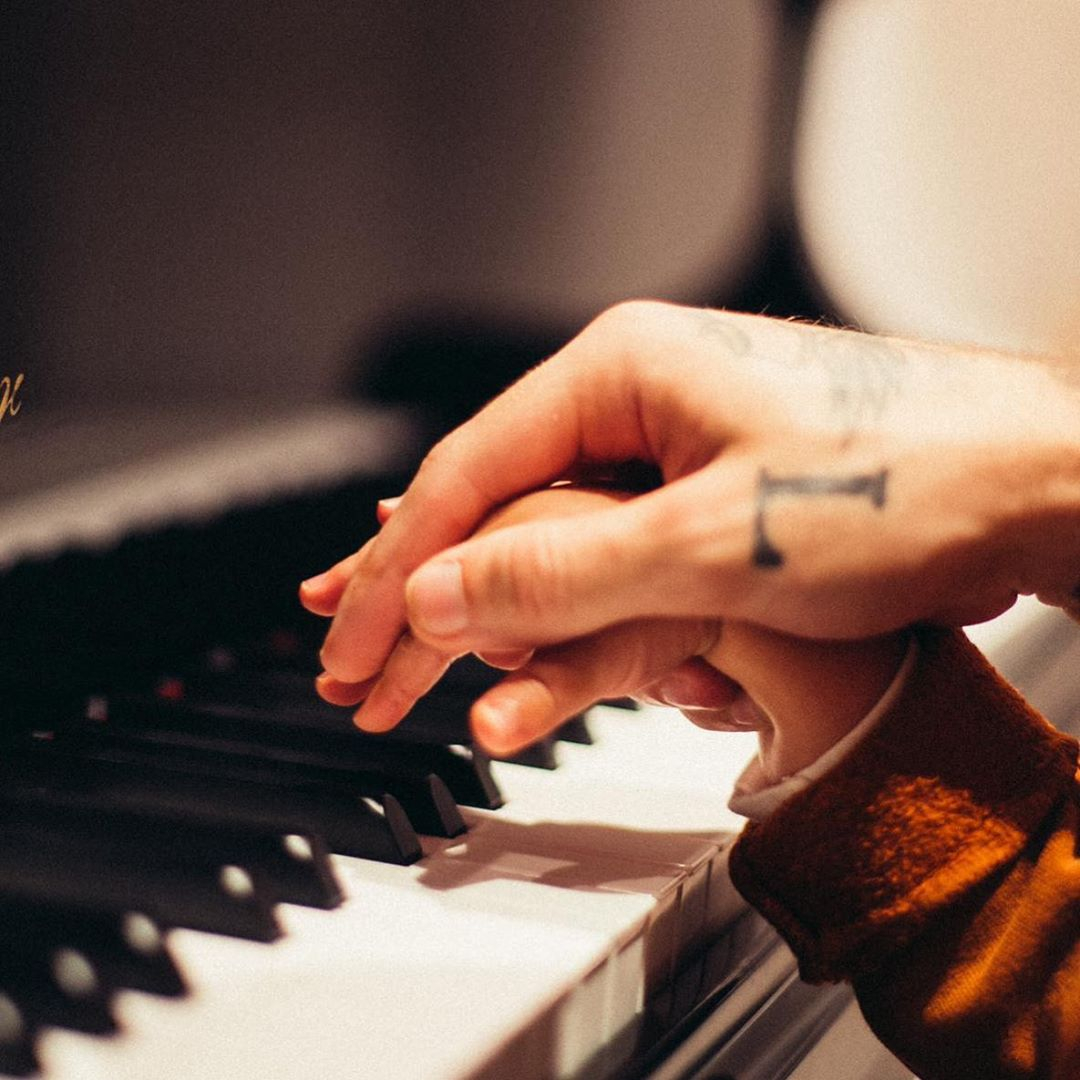 He moved closer to Cheryl to spend more time with his sonCredit: Instagram 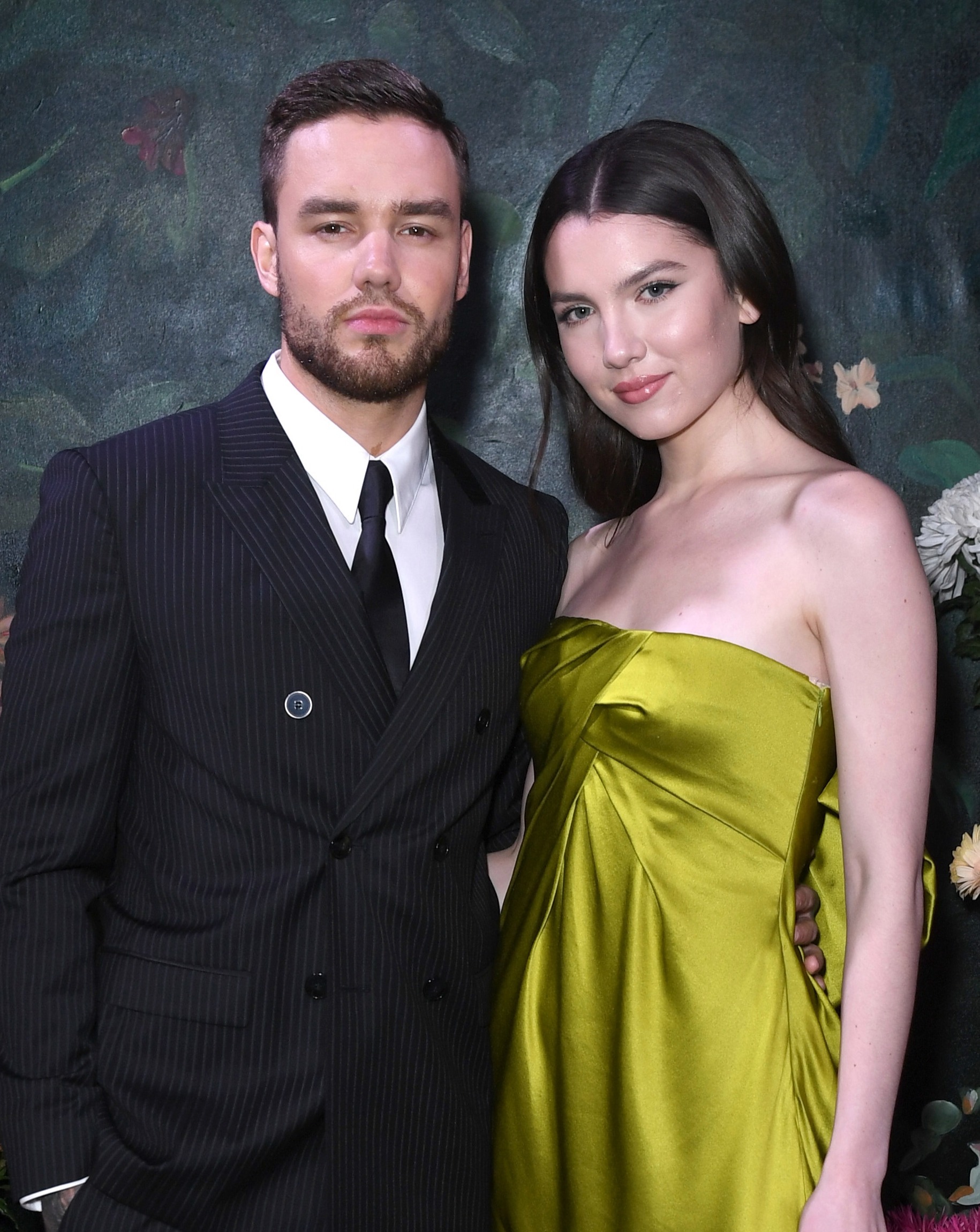 Liam, who popped the question to the stunning brunette in the summer after two years of dating, is enjoying the quiet life near his three-year-old lad.

Before Christmas Cheryl showed Bear is already following in his parents’ footsteps as the pair gave a sweet rendition of the Jingle Bells on Jessie Ware’s Table Manners podcast.

As they got to the end of the song, proud mum Cheryl said: “Well done bubba.” 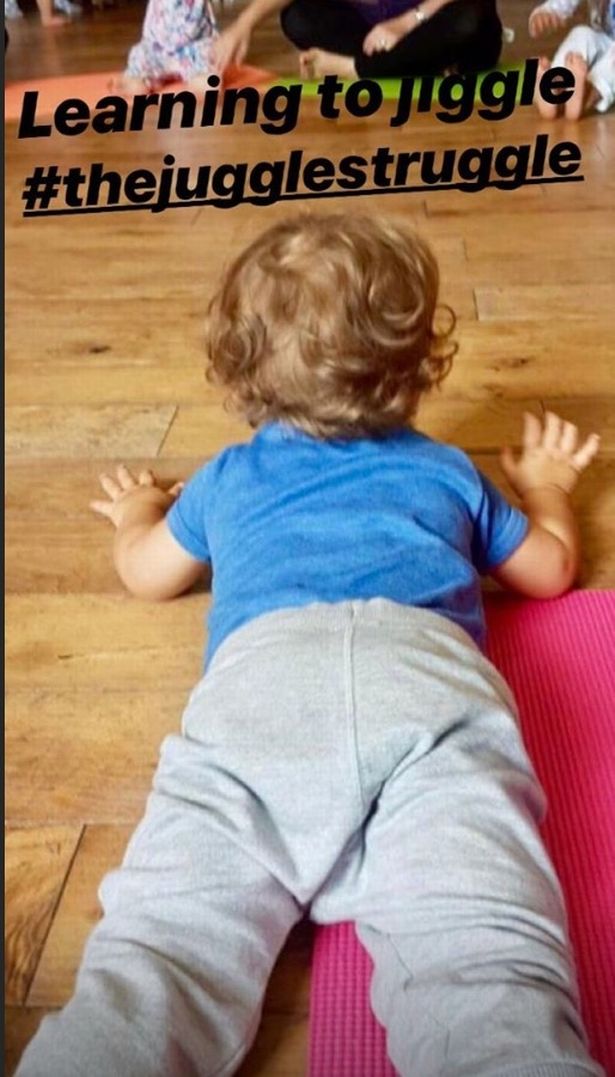 Talking about her Christmas plans on the podcast, recorded before changes to the government’s festive bubble plans were made, Cheryl said: “It’ll probably just be me, my mum and Liam.

“My mam makes a great roast, and Liam normally does the meat on Christmas. He’s really good at it actually and puts his all into it. 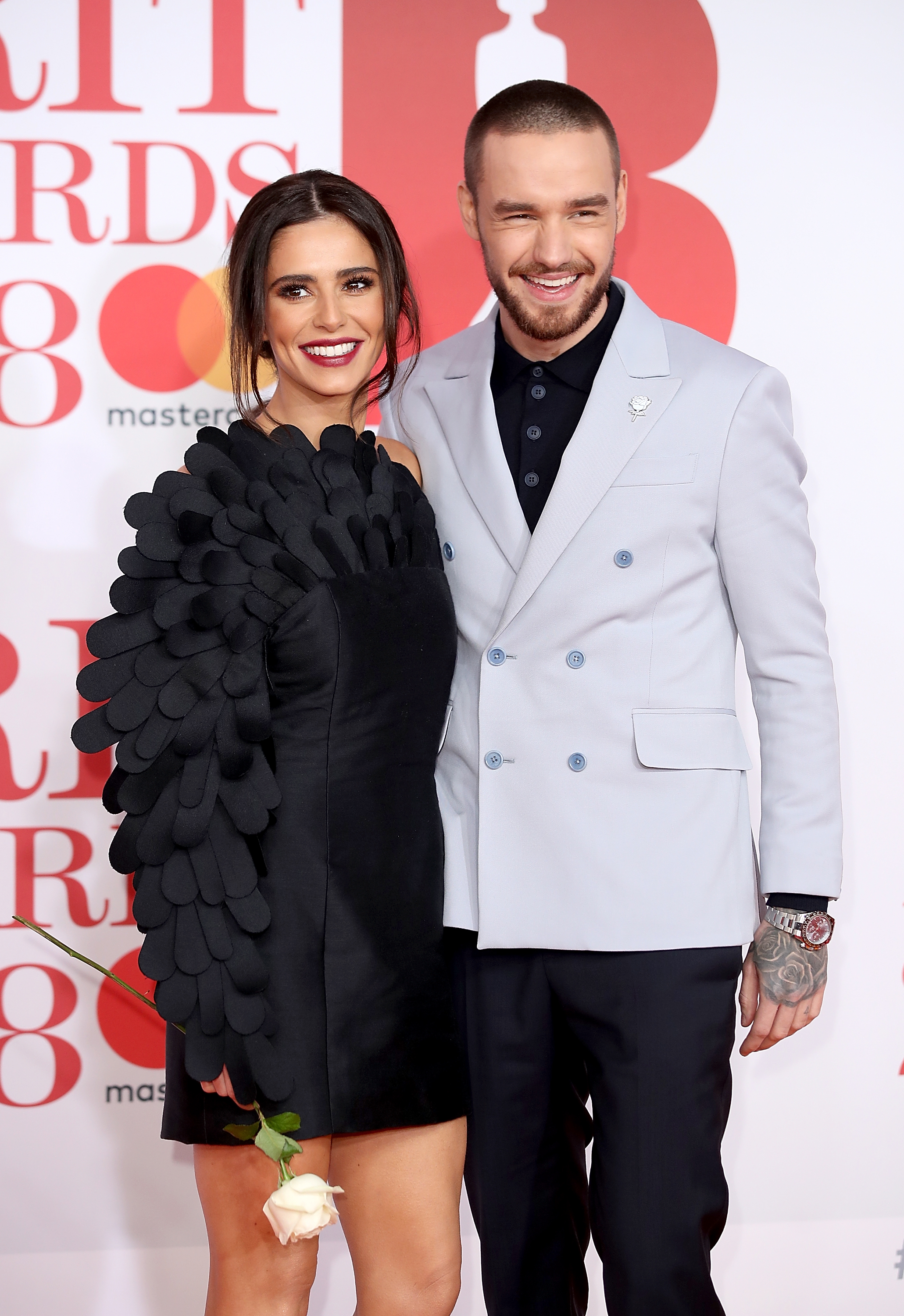 “We watch Home Alone the movie. I love it. I think it’s because it reminds me of when I was a kid. I love mulled wine.

“I love everybody to wear the same PJs on Christmas eve night… This year we’re going to have Disney ones.”

The podcast was recorded before Boris Johnson scrapped plans for a five-day Christmas bubble, and placed Buckinghamshire where Cheryl lives into Tier 4.

However, she lives with her mum, and the tighter restrictions didn’t stop children moving between parents if they are separated. 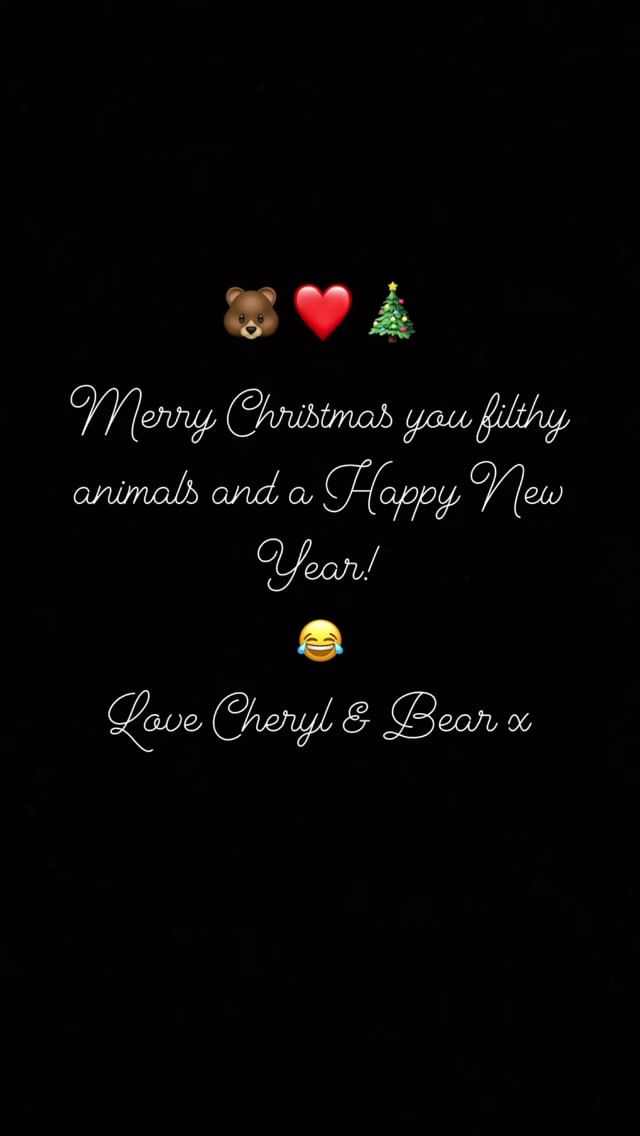 The popstar, 37, gave fans a glimpse into the Christmassy home she shares with son Bear, aged threeCredit: instagram.com/cherylofficial 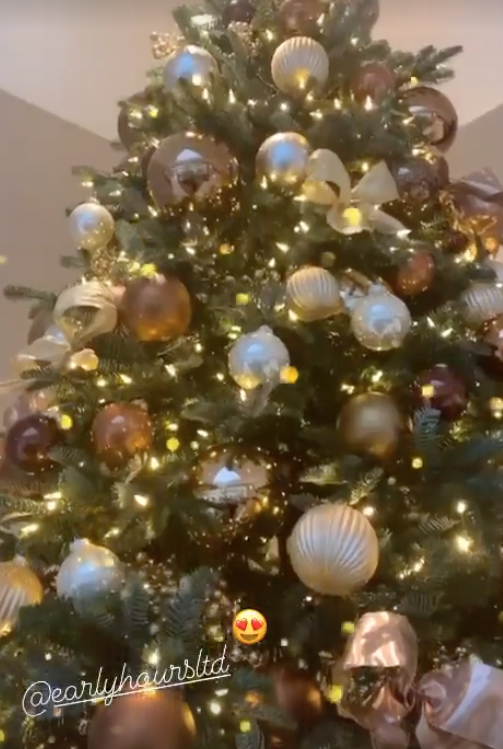 Cheryl’s video honed in on a beautiful fir tree with gold and bronze baublesCredit: instagram.com/cherylofficial

The Girls Aloud star and mum-of-one is notoriously private about her home life with her son, Bear, and relationship with her ex Liam.

But after returning to Instagram after a long break, Cheryl offered a sneak peek into her cosy Christmas home as she revealed a sparkling tree and a Father Christmas at the heart of her festive decorations.

Set against the Winter Wonderland tune, Cheryl showed off her tree decked out with gold, bronze and deep purple baubles before panning the camera onto a Father Christmas figure sat alongside.

Cheryl, who moved out of ex Liam’s Surrey mansion when they split, now lives with Bear in Buckinghamshire.

It was revealed last week Liam forked out the big bucks to help Cheryl buy her decadent home worth £3.7million.

Title deeds for the home show that her One Direction ex helped her pay for the property before she moved in March 2019.

She lives there with Bear and her mum Joan.