LAWRENCE OKOLIE made a sensational first defence of his cruiserweight world title with a trademark knockout of Dilan Prasovic. 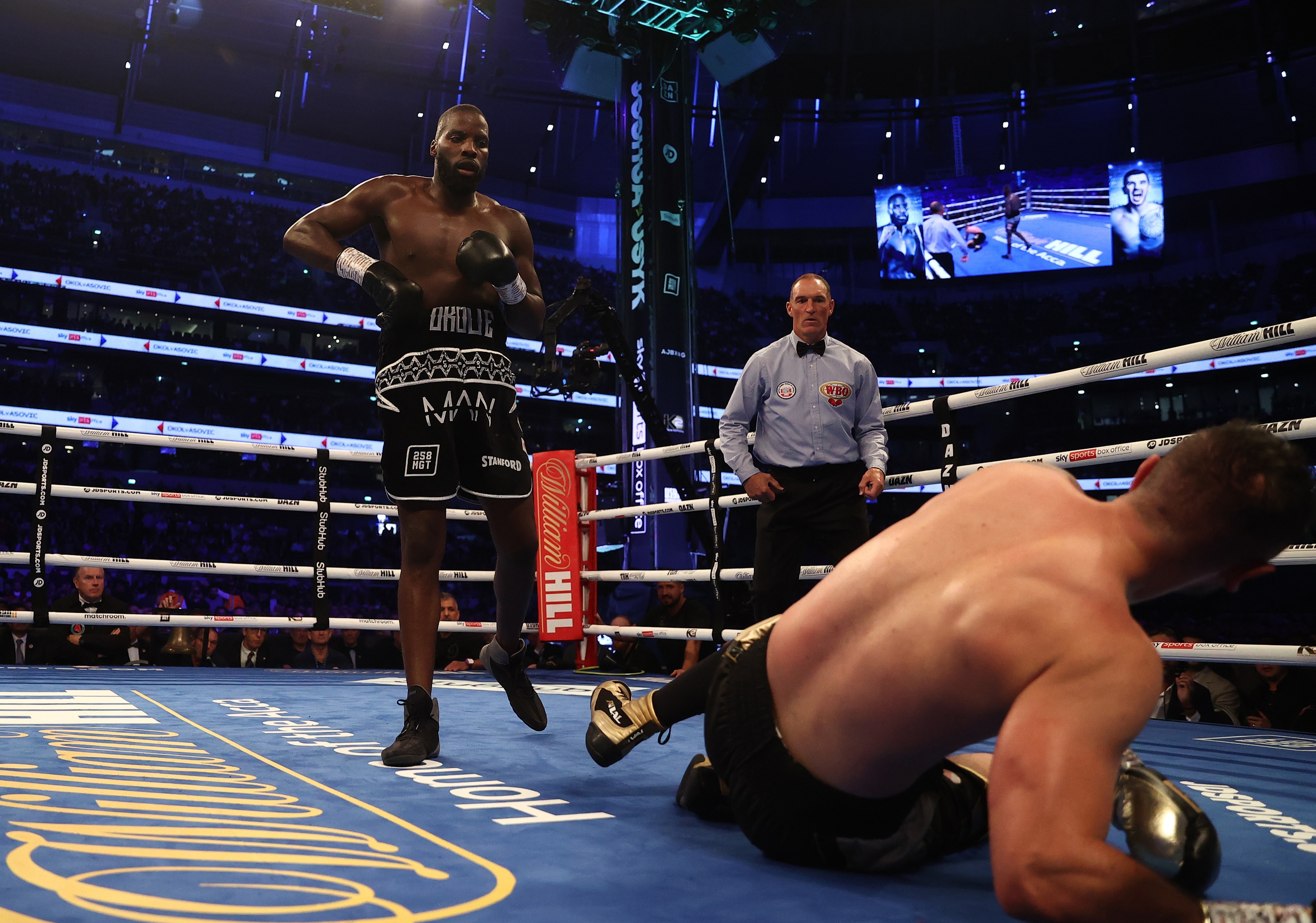 Okolie made a successful first defence of his cruiserweight world titleCredit: Richard Pelham / The Sun

And the former McDonald’s burger flipper served up the 14th KO of his so-far-faultless 17-0 career in the third round.

The 28-year-old is in a race to add a couple more of the three remaining 14st 4lbs belts to his collection, before moving up to heavyweight for the big money.

And on recent evidence, especially since his move to brilliant young trainer Shane McGuigan, he has all the ingredients to be a smash hit up there too.

The challenger was game at first, looping in speculative left hooks from way out.

And he wisely grabbed and held Okolie when they got close to avoid his dynamite right hand.

But the champ folded him in the second with his first flush power shot, dropping Prasovic to his knees for an eight count.

The challenger bravely returned to his feet, only to take another booming dig to his skull.

But he remained upright and made it out again to start the third.

It was all over in the next session, though, when the visitor was battered to the body and collapsed into a heap, before being counted out, leaving the Brit to celebrate.

The towering victor said: “”I grew into the fight.

“It’s difficult for guys who come like that and they’re cagey.

“This guy tried to spoil but the other champions will try to win.”