ALEX LACAZETTE snatched a crucial point for Arsenal as the Gunners staged an incredible comeback from three goals down.

The French international headed an 82nd minute equaliser after Mikel Arteta’s men had looked dead and buried at the London Stadium. 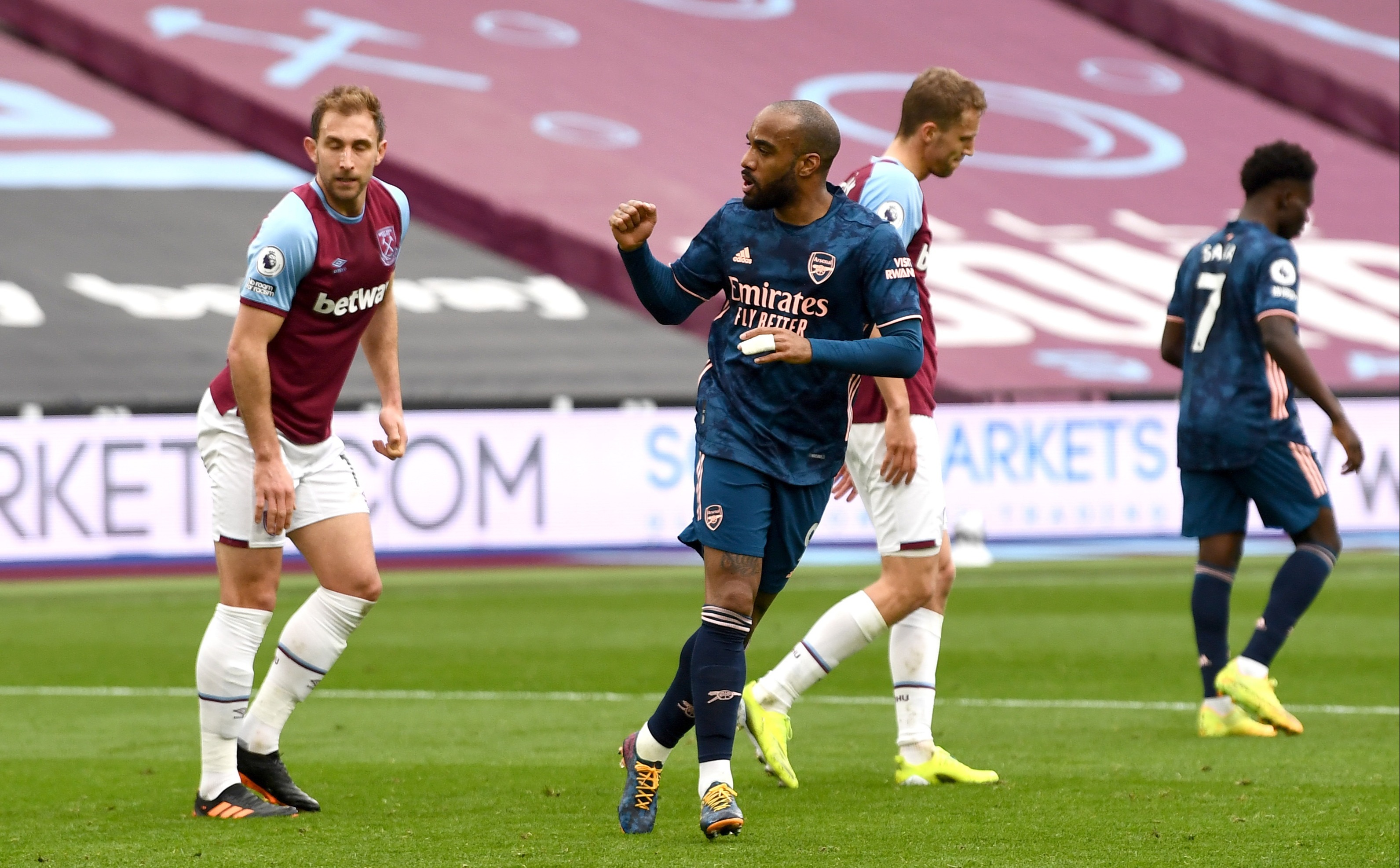 Alexandre Lacazette celebrates as Arsenal battled back from 3-0 downCredit: Getty

And Hammers boss David Moyes will be wondering just how his team did not secure the victory which would have taken them level on points with fourth-placed Chelsea.

It took Arsenal an eternity to get into their stride as West Ham dominated the early play.

And no-one threatened more than Jarrod Bowen, who twice went close in the opening ten minutes and thought he should have had a penalty when he went down under a challenge from Pablo Mari.

And that rejected appeal was immediately forgotten when West Ham took the lead their domination merited in the 15th minute.

Michail Antonio exchanged psses with Aaron Cresswell before rolling the ball into the path of Jesse Lingard for an unstoppable shot into the top corner from the edge of the area.

That was the midfielder’s fifth goal in seven games since joining the Hammers on loan from Manchester United last month. No wonder he has just earned a recall to the England squad for this week’s World Cup qualifiers.

It was a major setback for Arsenal and before they had time to regroup they fell further behind when they were caught napping after Bukayo Saka’s 17th minute foul on Antonio.

The visitors were still arguing the toss with referee Jon Moss when Lingard’s quickly-taken free-kick left Bowen with all the time in the world to beat Bernd Leno inside his near post.

Mikel Areteta could hardly believe the shambolic performance unfolding before his eyes as his team stumbled from one self-inflicted setback to another.

And even worse was to follow in the 32nd minute when they were found wanting yet again at the back.

This time it was Kieran Tierney who gave the ball away, allowing Vladimir Coufal to hang up a cross for Antonio to outmuscle David Luiz for a powerful downward header which was helped in with the merest of touches by Tomas Soucek.

But just when all was looking lost for Arsenal, they bought themselves a grain of hope when Lacazette hammered home from Calum Chambers’ 38th minute cross.

And the comeback was definitely on when Craig Dawson turned Chambers’ 61st minute cross into his own goal.

Antonio wasted the chance to put the game to bed when he somehow turned Said Benrahma’s 76th minute cross against the post from less than a yard out.

And how the Hammers were left to rue that miss when Lacazette rose at the back post to head in a cross from substitute Nicolas Pepe. 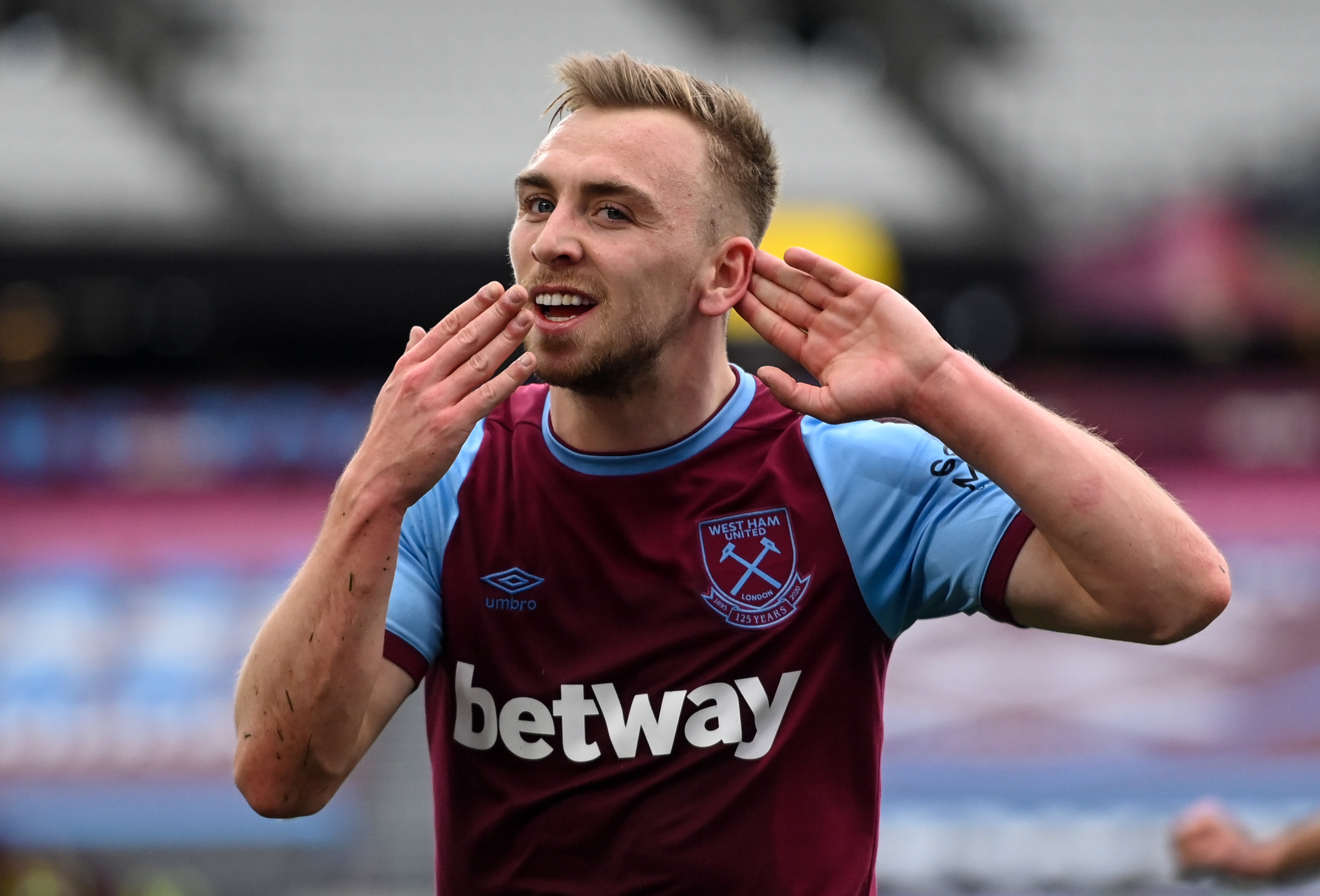 Loanee Jesse Lingard was once again on the mark for the hammers, with a 15th-minute derby opener against ArsenalCredit: Kevin Quigley-The Daily Mail 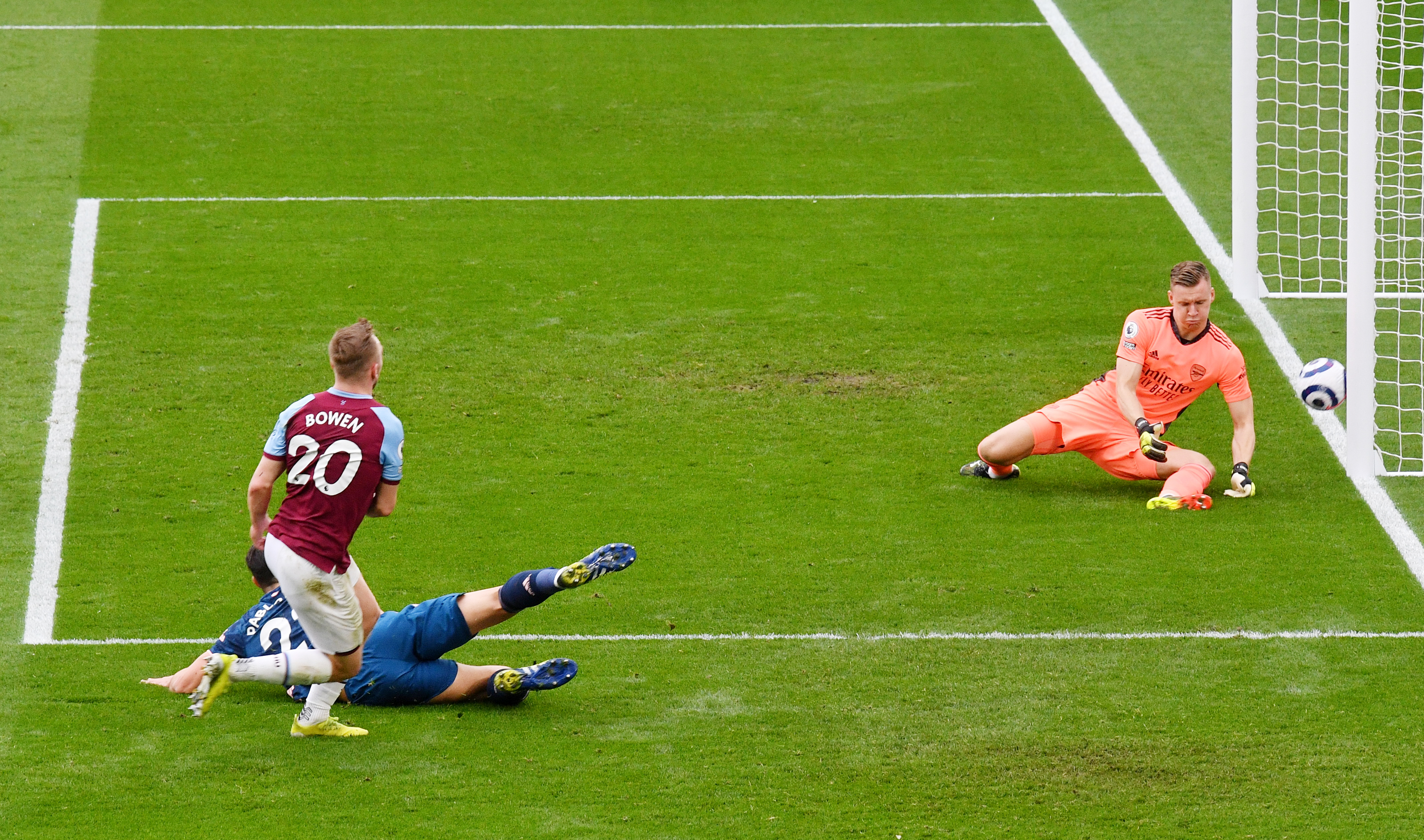 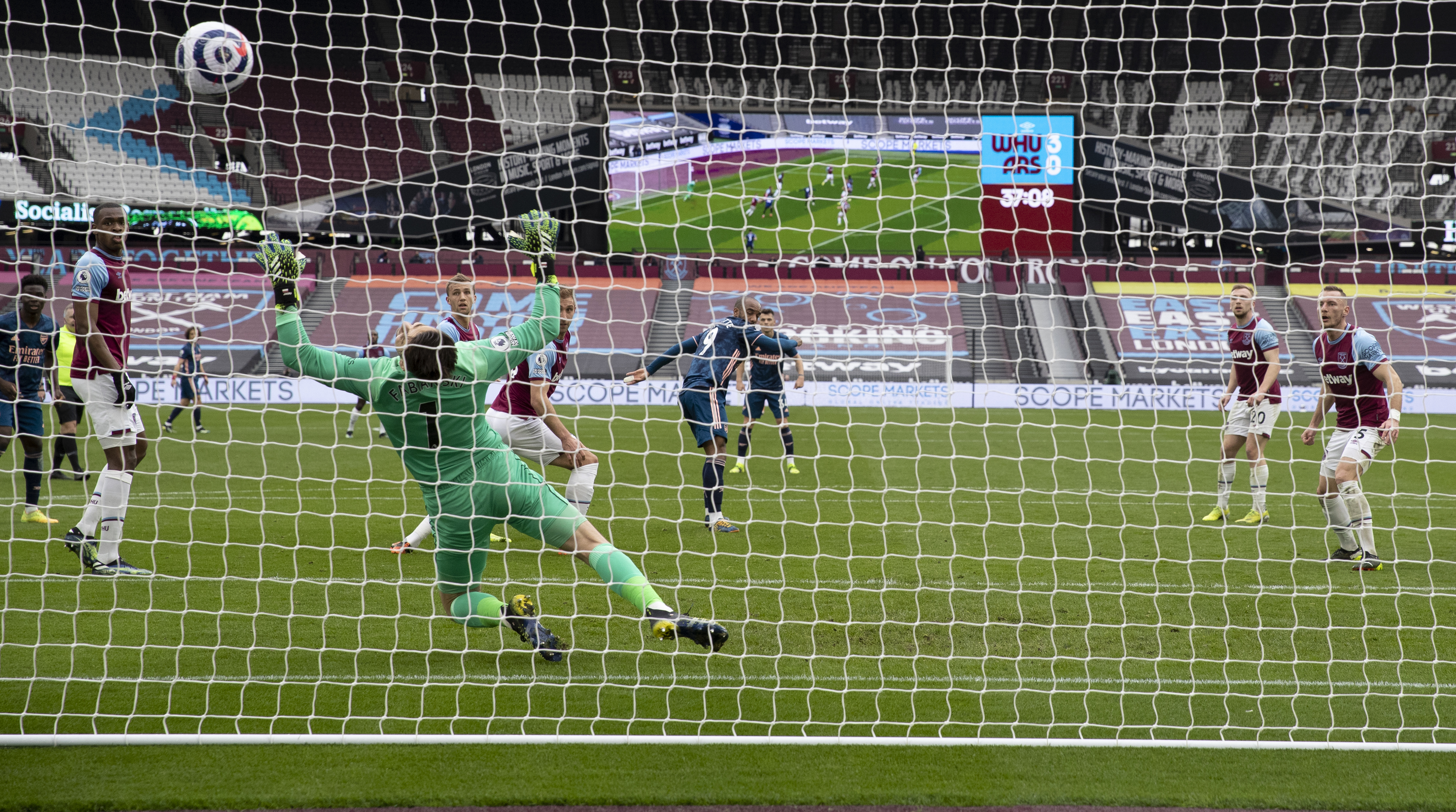